Being a minority in a Muslim country

The 1930s were a difficult time for the Asian subcontinent as the British were in power; their colonial rule made it difficult for Hindus, Muslims, and Christians to get along.

After seventeen years of hard work and bloodshed, the Parliament of the United Kingdom passed the Indian Independence Act 1947 that partitioned British India into two Independent states of India and Pakistan. Despite the fact that this was uplifting news for Hindus and Muslims, it started a war between the two countries that continues to this day.

Pakistan is the one of only a handful of countries in the world that was made for a religion, in this case, Islam. The current population of the country is 197 million people which consists of 96% Muslims, 1.85% Hindus, 1.59% Christianity and 0.61% other.

The country remained calm and at peace with all its minorities until Muhammed Zia-ul-Haq became the President of Pakistan and pronounced martial law in 1977 causing fundamentalism to propagate. This became a problem for the religious minorities as they started being targeted for having different beliefs, which contradicted the whole concept of co-existence.

As Pakistan progressed under different leaders it became divided into two different secular groups, the fundamentalist and the liberals. One of the most famous cases happened in 2010 when a woman was convicted of blasphemy by a Pakistani court for saying unkind words towards Prophet Muhammad when in reality she was only defending her religion.

She was sentenced to death by hanging under Sharia law (Islamic law). This became to know as the “Asia Bibi case” and gained international attention, causing outrage in both the liberals who believed that she deserved justice and fundamentalists who agreed with the court’s decision.

Salman Taseer, a respected politician in Pakistan, came to Asia Bibi’s defence until he was assassinated in 2011 by his guard because he sided with the “Christian”. However, after eight years, in November 2018, Asia Bibi was acquitted by the Supreme Court of Pakistan based on insufficient evidence which caused outrage amongst the extremists in Pakistan.

The country was put on ‘red alert’ and schools were ordered to remain closed for the week. Protestors smashed cars and burned tires to grab attention. However, for the first time, the country remained strong towards its decision and worked together regarding Asia Bibi’s safety.

There have been many other cases over the last few years that target the minorities. In March 2016, a bomb blast occurred in Gulshan-e-Iqbal Park, Lahore which killed 72 people majority of them being Christians for celebrating Catholic Easter. 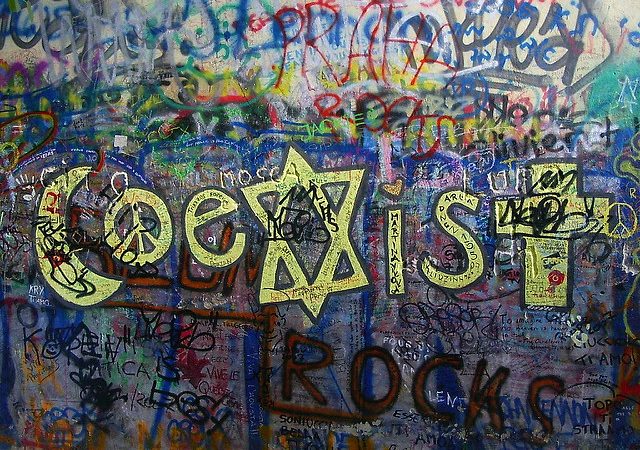 In hard work, we find success In unity we find peace. [Flickr:khayman714]

To gain a better perspective Artefact met Atiya Basheer, who was born in a Christian family that lived in a small village in Pakistan. She agreed to answer talk to us about growing up as a non-Muslim in a Muslim Country.

What was it like while you were growing up?
I lived in a small village two hours from Lahore with my parents and my older brother. My father used to work in a tire shop and my mother used to work in a rice field. Our house only consisted of one room where we all slept but we were grateful. I remember there was this one time when our neighbours barged in late at night and accused my mother of stealing her money because “morals” did not exist in Christians. From that point onward, we simply minded our own business and proceeded with our lives.

Did you ever feel like you did not belong there?
When I was sixteen my mother had sent me to Lahore (a city in Pakistan) to find work and earn money for my family. I found a job with the help of my uncle at a house where I had to take care of a young girl. Everything went well until one day I was asked to cook food and the chauffeur at the house refused to eat it as I was a Christian. That was the first time I was looked down upon but I still handled it well. I left the job two months later as I did not get along with any other workers.

How did you come to terms with being mistreated and disrespected?
After my first job did not work out I did various things. I was a cashier for a while and then I worked as a receptionist. These jobs required only minimum social contact which worked better for me. Three years ago I found a job at a parlour. I started off by cleaning the workplace, organising the shelves and just domestic work. When I had free time I would try learning how to blow-dry, thread, wax etc.

The other girls working at the parlour were friendly and some of them were Christians too. It was the first time I saw different religions under one roof coming together and slowly becoming a family. There was no discrimination, no hatred, there was a sense of respect and discipline. After work, we would all sit and have dinner together while indulging in stories about families and the world in general. 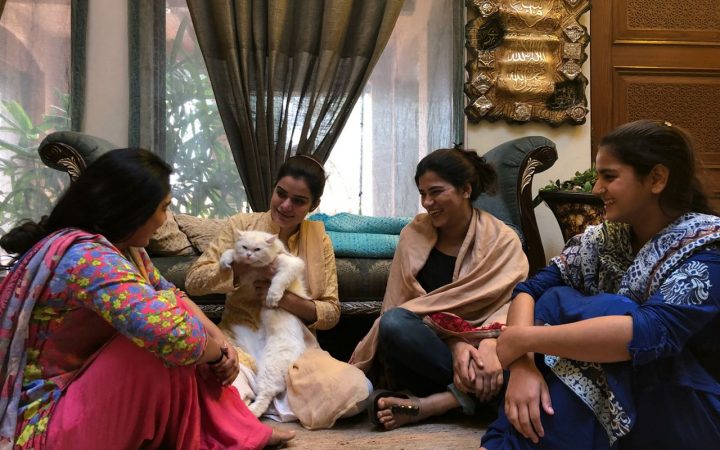 How do you remain positive when you see news or hear anything upsetting about minorities?
I have my beliefs but I am not a practising Christian and majority of the people in Pakistan that have harsh views are usually the ones that do everything themselves but point the finger at someone else because it’s easier. It is just hypocrisy. Your religion doesn’t determine if you are a bad person or a good person.

I have gotten love and warmth by Muslims yet I have additionally gotten disdain from Christians. Pakistan is a conservative country and the extremists are the ones that make it worse. There have been occasions where I have lied and said I am Muslim to feel safer but now no one really cares. It upsets me equally whether the news is about non-Muslims or Muslims.

Have you seen change happening in Pakistan in recent years?
I have seen people become more tolerant and open-minded. The government is progressing gradually with the leadership of Imran Khan (the current President of Pakistan). The country will only move forward if its citizens are willing too. I sometimes visit the church now and I am learning to be more comfortable in my own skin. We Christians often find ourselves struggling to access basic needs such as health and education. Let’s just say we are waiting for better days ahead.

Pakistan has seen some difficult times in recent years, however, with justice being served to Asia Bibi, there is newly found hope that the country will benefit from the new leadership.

The country’s minorities deserve to be protected and have basic human rights just like other citizens. There might be a long way to go until that is achievable as Pakistan remains a conventional nation but it is fair to say that it’s never too late to change towards improvement.

Hate the Tories? This is the brand for you