“There is more that unites us than divides us”

Yellow Days, the not-for-profit charity which began in 2016, was born from the mind and soul of Nina Drenalina. After volunteering at a refugee camp in Greece for a month, the divide between the refugees and locals became apparent; lacking the human connection that went beyond just the materials and helps needed for survival.

“They were losing their own human essence,” she says. “I made friends with everyone in the refugee camp and I asked them what do you think about if we bring a group of people from London, play music and cook food together. You share with us your culture, and we share with you ours.”

Through teaching one another about their cultures, Nina was able to intertwine the lives of the refugees with those who had travelled from London. Opening each other’s eyes to a new perception of life. From this small idea came the Yellow Days Festival, which occurred one year later on the same island and refugee camp that Nina had found herself volunteering at. 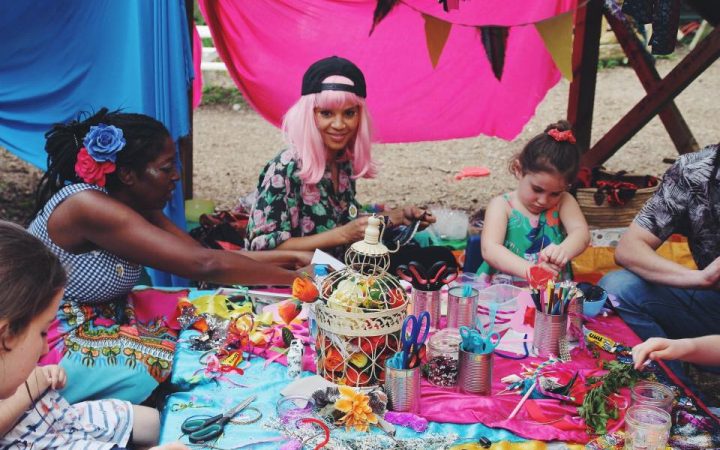 “One of the main aims of the festival was to create networking, so people can create projects after the festival is done,” she says, reflecting on the importance of unity and opportunity that Yellow Days brings. “We donate funds to the refugee camp and the hospital of the island. The refugee camp is run by neighbours of the island, it is people working by donations and volunteers. We put our money towards real people, with real actions.”

With funding independently raised by the volunteers of Yellow Days, various events are held throughout the year. “We do a mini-version of the festival here in London in the warehouses a lot, but also in other venues, such as The Hive. We’re trying to create what the festival is, which is a day of activities, open talks, educational workshops, exhibitions and music.”

These events offer a platform for everyone, as Yellow Days welcomes all ages, ethnicities and sexualities. The warehouse communities are set to open their homes once again on December 1, 2018, to unite people’s creativity.

“There will be workshops and forums, an open mic, yoga, and all of these activities,” Nina says, pushing the importance of bringing together the community to make environmental change. “We encourage people to create a dialogue between the things that matter. All of the decorations we do are with trash, plastic and recycling. We need to save the world, so uniting the cultures could be a good way to start thinking about not using that much plastic, in order to save the planet.”

The Yellow Days 2017 festival was held in Leros, Greece

It is hard not to be overwhelmed by the passion felt by those at Yellow Days to create change within our universe. Using the avenues around them, they aim to spread positivity and hope in a world that is plagued by war, violence and hostility.

“We make it really easy for people to support because we don’t ask anyone to be or do anything that they’re not, they’re just themselves but helping others,” Nina says. A reminder to us all that we are each capable of creating an impact on the lives of the individuals that the media can leave us feeling disconnected and detached from. 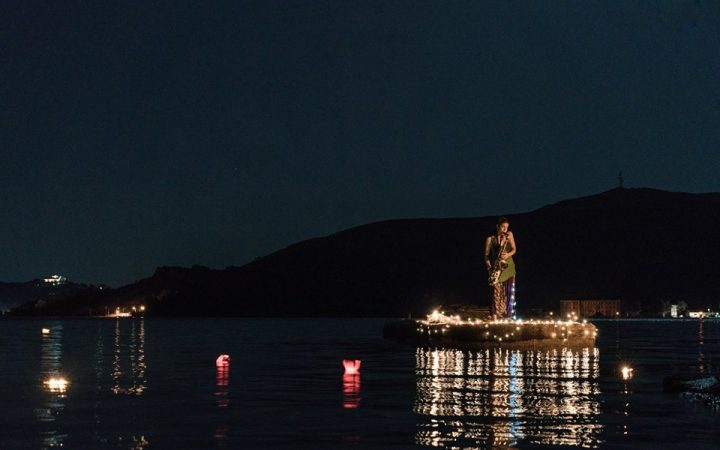 There is a buzz of excitement as Nina discusses future plans for the next Yellow Days festival, which will be held in Athens during the first week of September 2019. “In Athens, people are starting their lives again, so it makes sense that we can do something there so that the people can keep developing projects after that.”

In only two years, Yellow Days has created friendships and connections that stretch across the world, offering a glimmer of optimism for the future of mankind. “Yellow is the colour of the sun and of happiness. You think of Yellow Days and you think of fun. It’s a positive colour that represents something nice. The main ethos of the Yellow Days is to unite really different cultures with each other, and with the world being in a very delicate state, the first step is to get together, push it forward, and unite people. We are creating a platform for a positive impact on life.”

All images courtesy of The Yellow Days.