A Ghanaian celebration of life after death 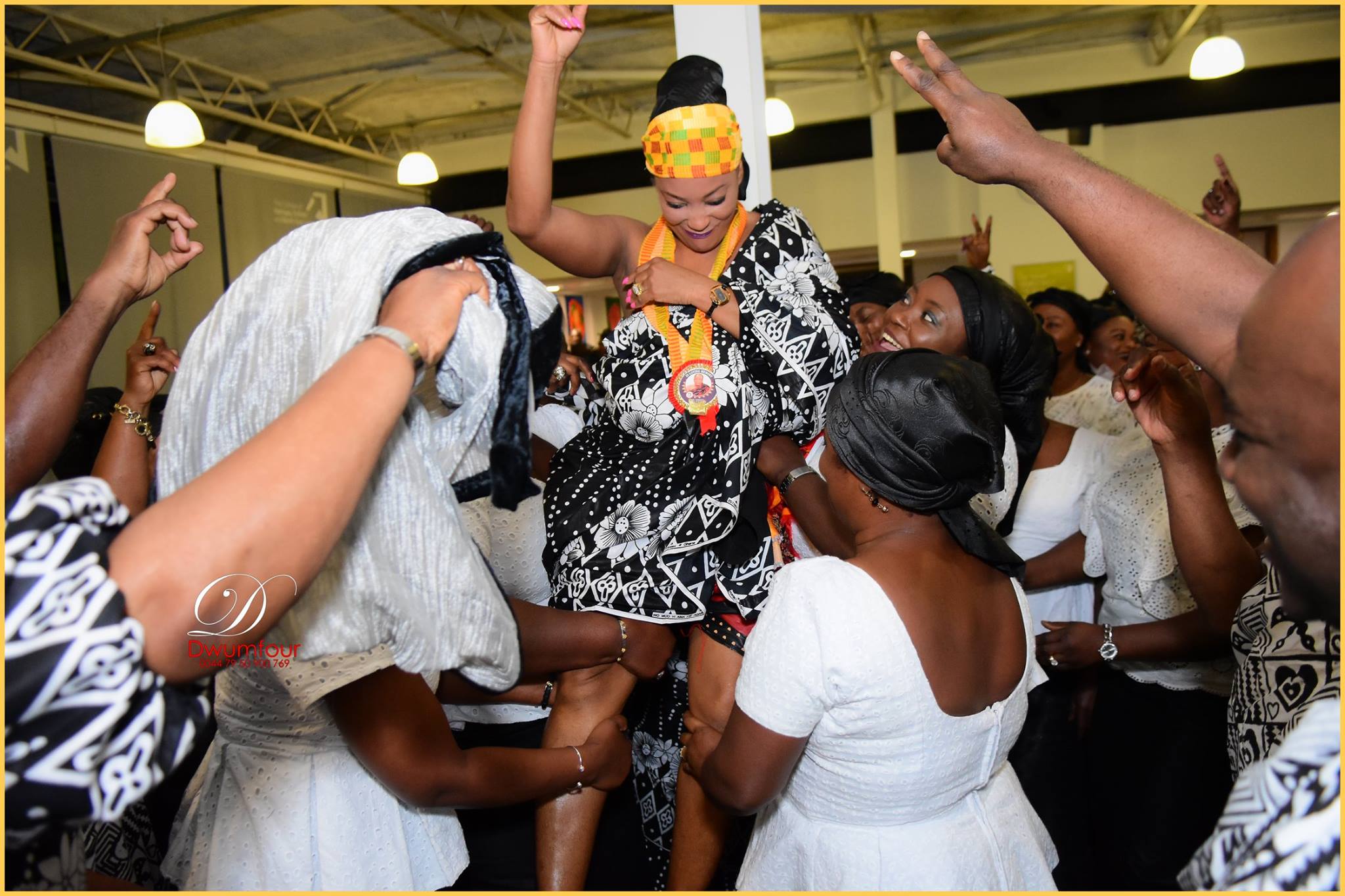 Funerals in Ghana are some of the most social events of the year. These are the times where you are sure to meet long lost family and friends. However, there are a large number of traditions that set Ghanaian culture apart from others.

Within Ghana alone, there are more than 100 ethnic groups or tribes. The Ashanti tribe is known to be the largest. Each tribe has different traditions for weddings, funerals and naming ceremonies which will vary depending on the person that has died, been born or gotten married.

Because of the notoriety of the Ashanti Kingdom, their traditions are most well-known to the rest of the world as ‘Ghanaian culture’, even though the culture varies depending on where you are in Ghana. 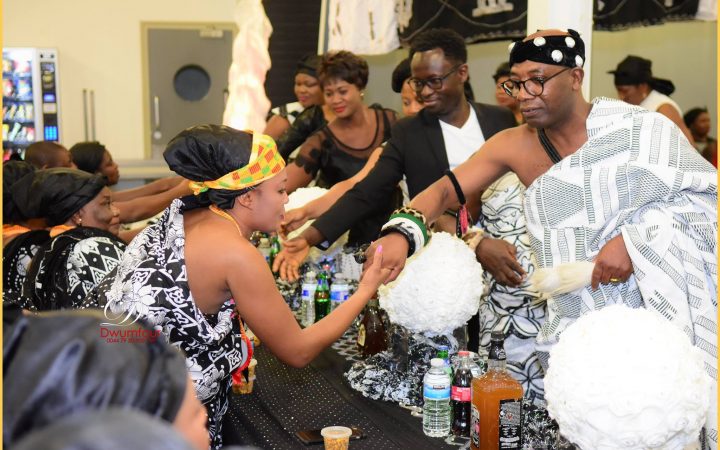 I attended an Ashanti funeral in North London recently, where I interviewed a Ghanaian lady, Adowa Amponsah. I managed to find a seat next to Adowa and let her tell me a lot more about the traditions of Ashanti people.

“Most Ghanaian funerals that happen in the UK are in huge halls, and you will understand why once you walk in. The number of people at our funerals can get to easily about four hundred people,” Amponsah told me.

“The first thing that must happen at a funeral is for all arrivals to be escorted around the room to shake the hands of the family who are usually sitting at the high tables. You must always shake with your right hand, to shake with your left is seen as one of the biggest insults on Ghanaian culture,” Adowa emphasised this point to me a lot: not doing these things correctly can get you in a lot of trouble with the family and Ghanaians in general. 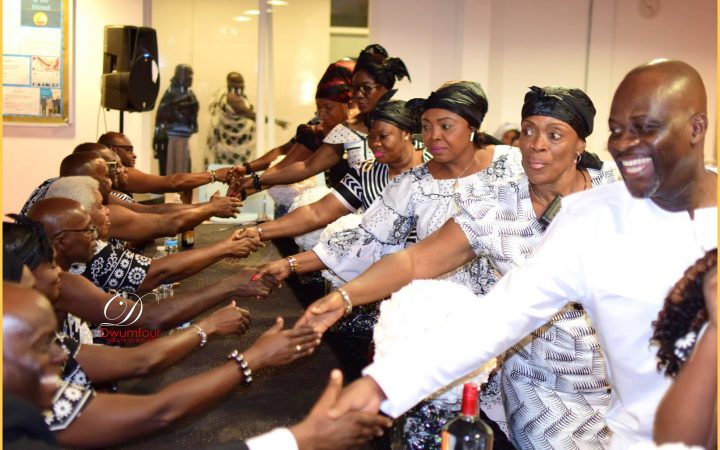 “When you walk into most funerals the first thing you will notice is the drums, they are extremely loud and every beat has a meaning, you’ll usually see people dancing the traditional Adowa dance to these drums,” said Adowa

The Adowa dance is a dance that is used during ceremonies such as weddings, engagements and funerals. The dance is special within the Ashanti community as it is a dance that allows those performing it to communicate emotions through each move. It is usually a woman that will do the dance.
Adowa tells me that during this time it is usually when the family of the dead will go around the room and dance, it is a very emotional time at the celebration; a true display of the families’ grief.

“At these funerals and receptions there is no food served, so when you enter the smell of alcohol is strong. It’s very normal to have beer, brandy and vodka served,” Adown told me.

“We all had to wear all black or black and white this time. Normally black and white are worn when the person that has died is a child or very old. If someone’s child dies and they are the first child of both parents to die then we all must wear black and white. You cannot wear only black as it is seen as bad luck,” she said.

During Ashanti funerals, it is expected that guest pay dues to the bereaved family. Dues are a payment that usually goes towards helping the family with the cost of the funeral. This can be any amount but it is usually substantial payments. 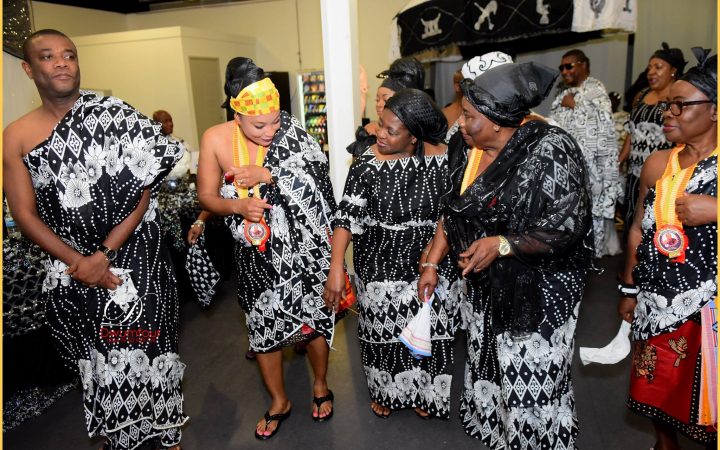 The traditions of the Ghanaian communities have been strong for centuries even with migration they have been able to carry their culture with them all around the world. Although in the UK, a culture clash has emerged between second-generation Ghanaians who don’t care for some aspects of their parents’ culture.

Funerals can be one of the trickiest times for second-generation Ghanaians with some distant relatives coming forward to claim to be next of kin of the deceased.

This is not uncommon in Ghana as next of kin laws are not as strict as here in the United Kingdom. Many families go to court over the right of the body, and, although many of disputes stem from rights to land back home (Ghana), they seem to be causing real rifts in families.

I was able to speak with Sarah Cribb, from T.Cribbs & Son’s funeral directors. It is one of the oldest funeral directors in Britain and also one of the very best in Ghana. According to their website, there is a high demand from the Ghanaian community for repatriations to Ghana, so they’ve decided to build a state of the art funeral home in Ghana, Accra. They built a unique relationship in the Ghanaian community and have been there for over 10 years now. 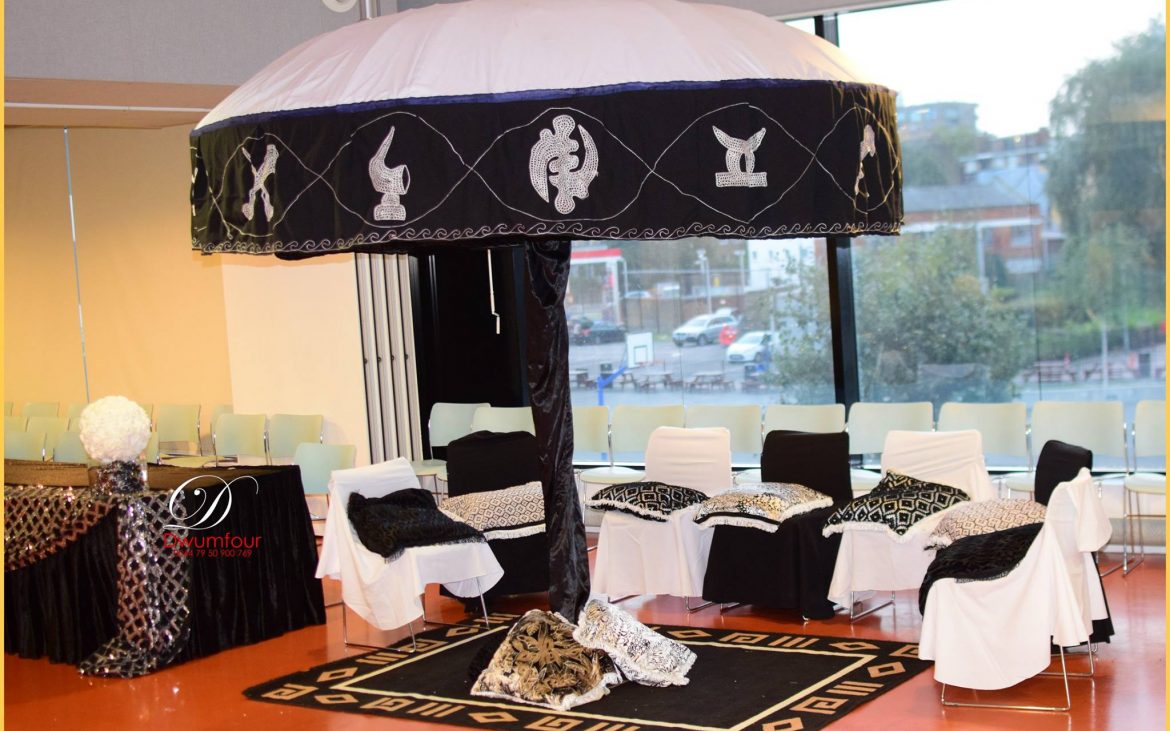 Ghanaians can sometimes take up to a year to bury their loved ones, for many different reasons. This can be because of lack of money, planning, or just to have enough to have a flashy funeral. Funerals are very important social events, so some are known to spend a long time saving after a loved one dies.

“So many people get involved, and there is a huge culture clash between British Ghanaians who don’t understand Ghanaians because in Ghana the next-of-kin won’t be the wife or kids, it will be the uncles,” she told me.

“The problems are: the uncles sometimes are only involved for financial reasons, such as land or property, whereas in the UK that’s their mum or dad. We have been noticing a lot of massive conflicts, even lawsuits.”

“We deal with the clients according to British law, that’s the wife (the next-of-kin). Whereas the brother has come in having a right old go at us because he’s next-of-kin or the parents are next-of-kin. But on British soil, unless I’m told by a court, my client still remains the wife,” Sarah added.

Sarah highlighted that the daughters in this community are sometimes left unheard. “The sons are respected more by other family members, but only because they are not happy to be bullied as much.” She told me that she sees many family members compromise in order for their family member to be laid to rest sooner than later.

“Born-and-bred British Ghanaians don’t understand the family dynamics back in Ghana and that is now the biggest issue we are facing,” said Sarah, “another issue is that funerals are very much a taboo subject because they believe it will strike them dead the next day.”

Depending on how traditional one is, a Ghanaian may never talk to a family member about their wishes for a funeral — this is sometimes the cause for a funerals’ delay. Repatriations are a lot cheaper than a funeral in the UK, but the cost of a fancy coffin and a flight to escort the body can end up being a similar price.

Despite these issues, funerals are taken very seriously in the Ghanaian community and are treated with the highest of respects by most involved.

All images courtesy of Dwumfour Crew.