When the extroverted Carrie Bradshaw aka Sarah Jessica Parker said “Eskimos have 50 words for snow, but we have so much more for love” in one of the latest episodes of the Sex and The City series, I don’t think she wanted me to get stuck on the first part of that sentence. And yet, I did. As she kept bragging about Mr Big, and her single life, and New York City, I kept wondering: do Eskimos really have 50 words for snow?

As I put my episode on pause and google the same question, I immediately found out that there is an entire debate on the situation out there.

Dated back to 1911, a book called The Handbook of American Indian Languages written by Franz Boas – who also started the whole debacle – claimed that Eskimos have dozens, or even hundreds, of words for snow.

During the 1880s, the anthropologist travelled through the frozen land of Baffin Island in northern Canada. His main goal was to study the life of the local Inuit people – joining their sleigh rides, trading caribou skins and learning their folklore. Just imagine the scene. Writing with excitement to his fiancée Marie on his time away, Boas confessed to really feel part of their community. “I am now truly like an Eskimo, I scarcely eat any European foodstuffs any longer but am living entirely on seal meat.”

He was particularly intrigued by their language, noting the elaborate terms used to describe the frozen landscape: aqilokoq for “softly falling snow” and piegnartoq for “the snow (that is) good for driving sledge”, to name just two.

According to an article by New Scientist magazine: “Boas studied Inuit, one of the two main branches of the language; the other is Yupik. Each has spawned many dialects, but uniting the family is a feature known as polysynthesis, which allows speakers to encode a huge amount of information in one word”. And the debate has started on partly because of such grammatical peculiarity of the Eskimo family of languages. An example? The Washington Post gives us one: a single term might encompass a whole sentence in English: in Siberian Yupik, the base angyagh (boat) becomes angyaghllangyugtuqlu to mean “what’s more, he wants a bigger boat.” 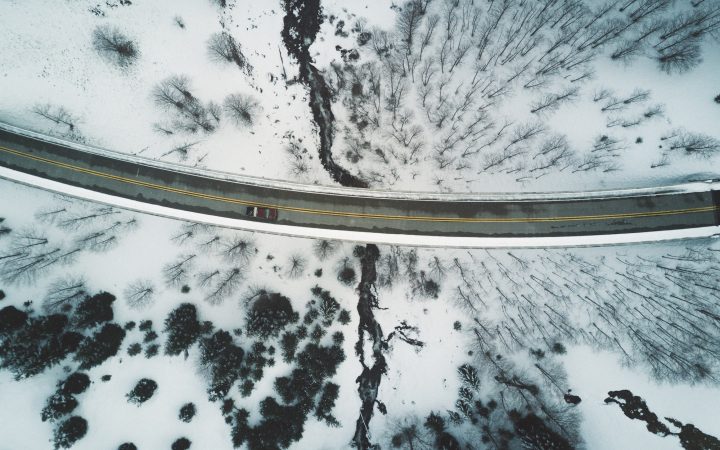 So much snow, so many words [Unsplash:Adrian]

Different regions have their own dialects, which brings us to numerous varieties of words to describe one thing. “In the Inupiaq dialect of Wales, Alaska, Krupnik documented about 70 terms for ice that mark such distinctions as: utuqaq, ice that lasts year after year; siguliaksraq, the patchwork layer of crystals that forms as the sea begins to freeze; and auniq, ice that is filled with holes, like Swiss cheese.”

However, even if the Yupik and Inuit – Inupiaq families of languages have a handful of words for snow, the same number that can be found in English – snow, sleet, flurry, blizzard, slush, powder, etc. Creating a disagreement between many modern linguists and anthropologists for decades, this topic’s importance has escalated very quickly. Not a few believe that Yupik and Inuit are not remarkable in the number of words they have for snow.

And yet, these vocabulary debates have pushed people into being creative. A satirical list of The Eskimos’ Hundred [made up] Words for Snow by Phill James went viral around the internet. The meaning of the words he managed to create is beyond poetic. To mention a couple, attla seems to be meaning “snow that as it falls seems to create nice pictures in the air”, or privtla which should mean “snow melting in the spring rain”. How beautiful does that sound?

Seen it this way, it might not seem that these words are actually made up, so here are a few to make you laugh: allatla – baked snow, fritla – fried snow, gristla – deep fried snow, and our favourite, MacTla – snow burgers. Imagine being able to order that with your medium fries and large Coke at McDonald’s.

It is safe to know that the main Inuit word for snow is tla.

However, according to research conducted by the Guardian back in 2014, Eskimos are not the only ones obsessed over one thing. Many more other languages have rich cultural vocabularies to describe things that preoccupies each of them. “It is undoubtedly true that the Hawaiians have 65 words alone for describing fishing nets, 108 for sweet potato, 42 for sugarcane and 47 for bananas (the basic foodstuffs).

Scotland goes into extraordinary distinctions for foul weather, Somali have a huge number of words for camels – many of which depict their different basic feeding and sexual practices – and likewise, the Greeks have a range of expressions for face slapping and the Baniwa tribe of Brazil 29 words for ants and their edible varieties.”

And fundamentally, no-one really talks about how many words Italians have for pasta: penne, spaghetti, linguini, fusilli – all different forms of the same making. But it does not end here. There are also pappardelle, wide egg noodles with Tuscan origins, often served with hearty meat sauces, or ravioli, square pillows of dough which can be filled with cheese, meat, veggies, or even seafood and served topped with sauce, in soups, or simply drizzled with olive oil. And yet, when we get back from our lunch break and a colleague asks what we just ate, we say “oh, you know, just pasta.” 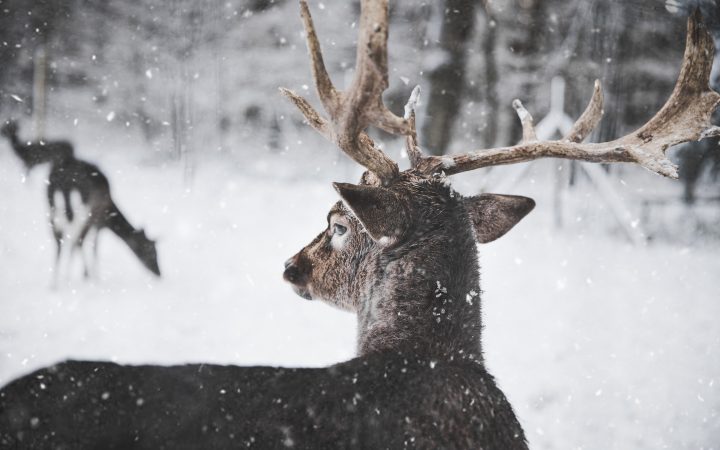 There are many more words for deer too [Unsplash:Annika Thierfeld]

In a TEDTalk – TEDWomen from 2017 – cognitive scientist Lera Boroditsky shared her research into the way language informs our experience of the world, posing the question: “Does the language we speak space the way we think?”. This again is an ancient question.

She starts with an example from an Aboriginal community in Australia, known as the Kuuk Thaayorre people. They live in Pormpuraaw at the very west edge of Cape York. “What’s cool about Kuuk Thaayorre is, in Kuuk Thaayorre, they don’t use words like “left” and “right,” and instead, everything is in cardinal directions: north, south, east and west. And when I say everything, I really mean everything,” explains Boroditsky. “You would say something like, “oh, there’s an ant on your southwest leg,” or, “move your cup to the north-northeast a little bit”. In fact, the way that you say “hello” in Kuuk Thaayorre is you say, “which way are you going?” And the answer should be, “north-northeast in the far distance. How about you?”

What may seem extremely complicated for us, it comes so easily to the people of this community. When someone asks us how we are, words like “I’m fine” slip out without needing the ability to think much. Same for the Kuuk Thaayorre people when using cardinal directions.

But to really show how language shapes our mentalities, Boroditsky used the example of the word “bridge”, which is feminine in German and masculine in Spanish. The way German and Spanish speakers describe bridges varies dramatically, as “German speakers are more likely to say bridges are “beautiful”, “elegant” and stereotypically feminine words. Whereas Spanish speakers will be more likely to say they’re “strong” or “long”, these masculine words.”

Language will always be part of who we are, and the more we learn and the more we speak, we accumulate a piece of certain cultural baggage. Without even realising, when, for example, we learn how to say “bakery” in Greek, where in Greece there is a bakery on nearly every street corner, we learn more than a word. We learn a tradition.

Featured image by Adrian via Unsplash.