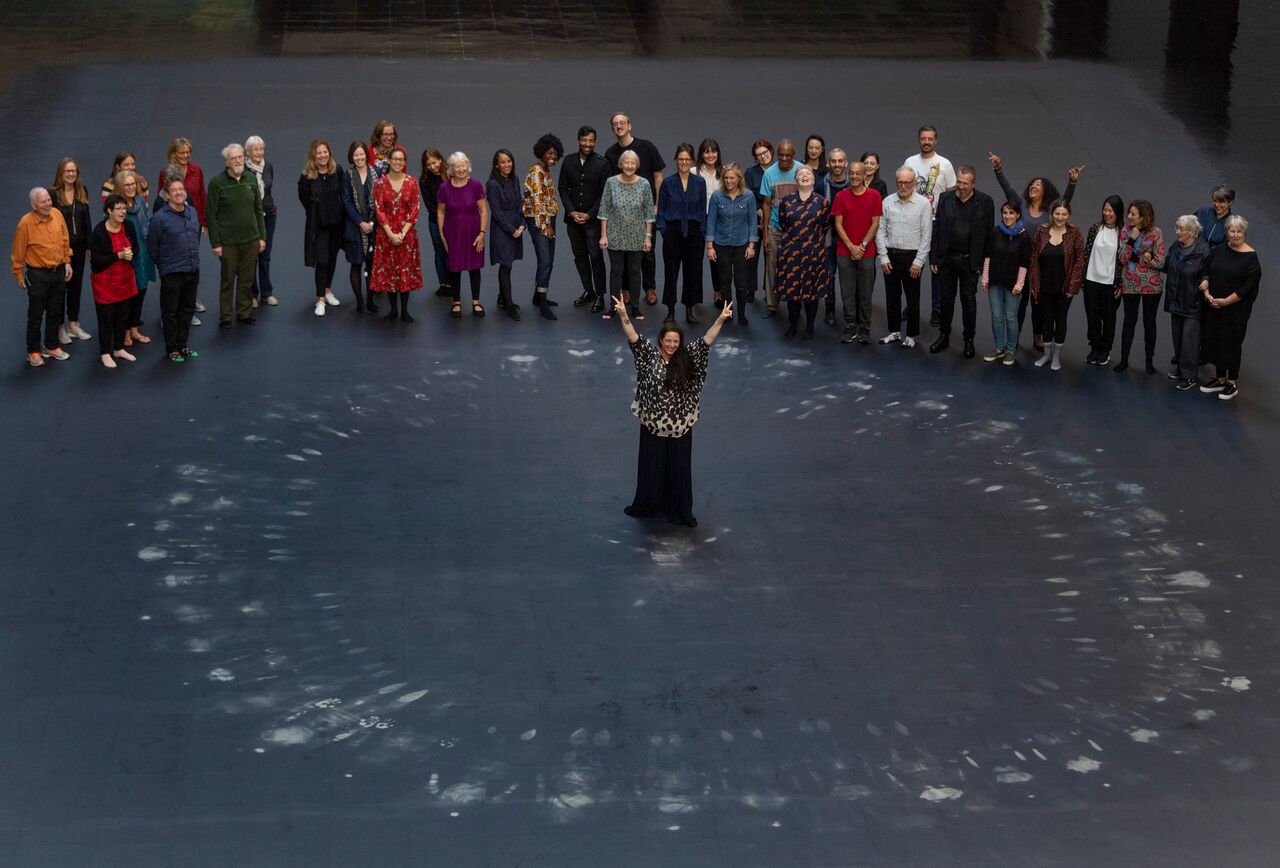 Step into the Turbine Hall of the Tate Modern, and about a hundred metres in front of you is Tania Bruguera’s new installation dedicated to the topic of migration. At first glance it does not seem like there is much happening, however, beneath the surface this two-part installation presents a very powerful message.

The first thing museum-goers will see when they enter this exhibition is a large grey surface with the sign: ‘Please remove your shoes’. Visitors are invited to lay down together on the large surface that covers most the room. Bruguera has said that if enough people lay down together on this surface, their collective body heat will activate a horizontal mural of a Syrian boy, named Yousef, who came to the UK to escape the war in Syria.

According to the Tate, Bruguera deliberately chose Yousef to be the mural for this exhibition because his story relates so closely to her work on migration. According to the information provided by the installation “on moving to London, Yousef found emotional and practical support through a local charity. He is now studying biomedical science and working for the NHS.”

This method to activate the mural was deliberately chosen so that the installation is an experience that brings a group of people together, “rather than look at art from a distance, Bruguera invites us to get closer. She sees this image as a horizontal mural that is made visible through collective action.”

As you walk to the left of the large grey surface you will see people lining up to enter the Crying Room. Yes, you read that correctly, an area targeted at bringing tears to visitors’ eyes. The small white room is tucked away to the left of the horizontal mural.

As visitors stand in a line waiting to enter the room, they will receive a red stamp on their hand. This stamp shows a number, and this number changes every day. As the Tate explains, “the title of this project is an ever-increasing figure: the number of people who migrated from one country to another last year, plus the number of migrant deaths recorded between the start of the project and today.” This feature is just another attempt by Bruguera to try to make the visitor look more at the human factor of this ever-growing issue. 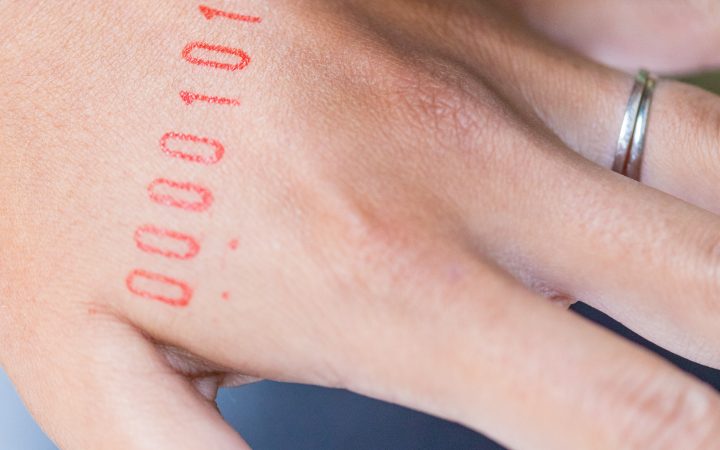 As you enter the lit room, you will immediately feel the chemical agent start to tug at your eyes. Before you enter the crying room, you may think Bruguera has somehow managed to integrate the smell of chopped onions or something of the sort to get the visitor to cry, but the aroma is much lighter than that. This sensory experience can only be compared to having an entire room filled with vapour rub close to your eyes. It may even make visitors nostalgic of their childhood, as it is a popular remedy to cure children of blocked sinuses.

Speaking to visitors of the exhibition there was a generally positive impression. Gwen Fitzmaurice, from Ireland, came to London for the weekend and said: “I really enjoyed the entire exhibition. I have never experienced anything like the crying room, so that was the part that interested me the most.”

Alison Loftus, another visitor from North London, says, “I have never been to something like this, it is definitely a creative way to talk about Migration. The crying room was my favourite part because it was so out of the ordinary.”

After attending this exhibition several times since the opening at the beginning of October, I can say that I thoroughly enjoyed it. Bruguera opted to create an experience that from the exterior seems quite basic and simplistic, but as you leave the installation, you begin to realise that she was effective in what she set out to do. She wanted to strip back all the mythology of migration that may come from social media and certain news outlets.

She wanted to create an experience that was targeted at provoking your senses.

Bruguera intended for a large group of people to sit together to activate the horizontal mural in unison. She hoped that the visitors would tap into their vulnerable side through visiting the crying room. As a whole, her exhibition was targeted at temporarily erasing all the news headlines about migration, and returning to the fact that at the end of the day no matter where you come from or what race you are, we are all humans, who have emotions and feelings.