Why are Irish pubs everywhere?

Step into the small entryway of Sean’s Bar in Athlone, County Westmeath, Ireland, and you come face-to-face with the oldest Irish pub in the world. Listed as one of “25 of the Most Incredible Bars in the World” by Lonely Planet, Sean’s Bar claims to have been open for one thousand years.

The bars have a very low ceiling that makes the rooms feel confined but allows visitors to immediately gather the sense of hospitality that it radiates. As visitors walk past all the dark wooden bar stools, they can gaze at all the historical mementos that have been hung on the wall over the centuries.

Since the opening of Sean’s Bar ten centuries ago, the rate of Irish pub openings across the globe has grown rapidly.

“We get a huge number of international visitors, but especially from the United States and Canada. It was reported several years ago that four out of five visitors that come to Ireland want to experience the traditional Irish pub experience. As we are Ireland’s oldest pub, we receive a lot of people looking to learn about the history as well as experience the fun and live music”, explains Declan Delaney, an employee of Sean’s Bar.

He puts the secret of an authentic Irish pub down to the ambience. This is composed of multiple factors: “the staff, the mix of customers, young and old, the quality of the drink, the warm friendly service, an open fire in the winter and good music. Traditional Irish ballads or even a mixture of new and old music also set the tone of the place,” he says. 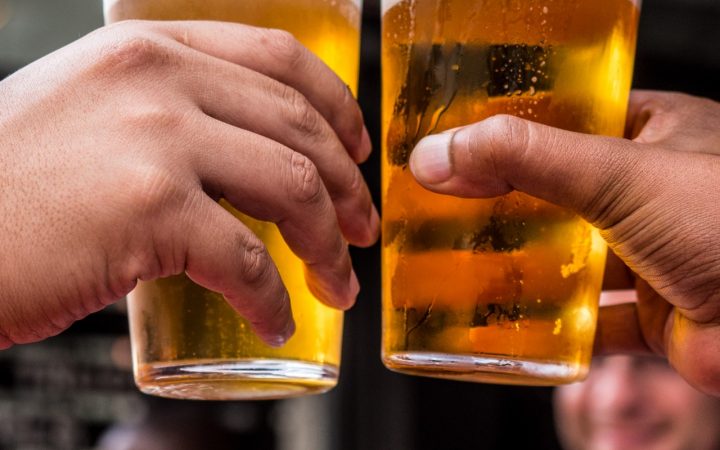 “Establishing pubs is sort of like establishing a for-profit community centre where your tribes’ people can socialise in the way they did in their home place.” [Pexels:Tembela Bohle]

“I think Irish people do pubs better than anyone else in the world. There is just a better atmosphere, and it attracts people who come to have a good time. People who come to an Irish pub in Ireland and have had a positive experience would expect to have the same experience in an Irish themed pub elsewhere,” Delaney tells us.

The Irish Pub company was founded in 1990; it offers a range of services to pubs such as refurbishment, interior design, project management, consultancy and brand identity. “There are a few key elements that are key to a pub being authentically Irish: authentic design, employees and management trained in the ‘Irish way’, bringing individual personalities to the fore, and combining that with a relaxed, though professional, service ethos,” says Anna who works for the company.

She also goes on to say that, “their conviviality and authenticity makes them a success. People seek out and engage with the sense of community and friendship.”

Perhaps the number of Irish pubs existing today all over the world can be attributed to the mass Irish diaspora, a term that refers to Irish people, and their descendants that now live outside of Ireland itself. The current population of the Republic of Ireland is just under five million people, however, the estimated number of Irish passport holders worldwide is around seventy million people. It illustrates how, historically, the rate of emigration in Ireland is significantly high. With such a large diaspora, it is no surprise that the Irish have established a reputation for their pubs around the globe. Go anywhere in the world, and you will likely stumble upon an Irish-themed pub.

Flanagan’s in Vienna has been open since 1996. Since its opening, the space has brought thousands of Irish and other visitors from all over the world. In 2003, Flanagan’s was voted Best Irish Pub in Europe by Expedia.

The establishment is owned by Alan Field and Eddie Bohan. “I had been working a bit with Diageo (a multi-national drinks company). At the time, there was a lot of activity around starting up pubs abroad. They were just starting to get going. I think a lot of the breweries were pushing the idea; it was a way for them to get into an export market. They would buy Irish pubs so that they could sell their products,” Field told Artefact.

So why the Austrian capital? “Austria was only joining the European Union in 1995, so in 1996 we had the start-up. I wanted to start my own business at the time, and it seemed like a good idea.”

Field attributes the global success of Irish pubs to the reputation Irish people have across the world. “The stereotypes of Irish people across the world are that we are really happy all the time. Another trait, which could be considered negative is that we are big consumers of alcohol. I think there are so many Irish pubs around the world because people think of Ireland and they think we are a bit of fun, a bit of craic,” he says. “A large part of it, I think, is down to marketing. The idea of the Irish pub was marketed by Diageo.” 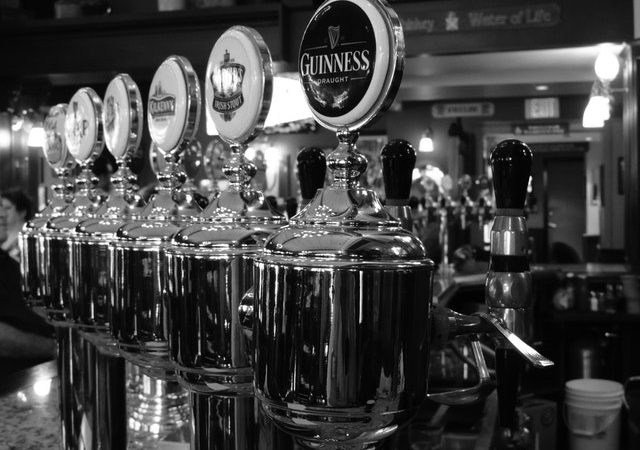 The Irish pub has become a standard category of drinking location spots within the nightlife realm. [Pexels:Pixabay]

Field highlights an interesting concept of Irish-themed pubs, that was perhaps an accidental marketing success. The Irish pub has, in his opinion, become a standard category of social drinking location.

“I always think of it as like a Chinese restaurant or a pizzeria, an Irish pub has become a generic concept nowadays,” Field explains. The concept is not so much about the theme of the pub, as much as it is about how the customer feels when they visit it. The typical Irish pub should be cosy, have wooden interiors and have an overall warm atmosphere all around.

Fields presents some interesting ideas, but what is the experience of visiting an Irish pub in a location that is very far from Ireland itself? Adam Crowe is the President of the Irish society in Uganda. “I think it probably does not matter where people go, there will always be some part of them that misses home and the culture that they grew up in.”

“Establishing pubs is sort of like establishing a for-profit community centre where your tribes’ people can socialise in the way they did in their home place. This is not a uniquely Irish thing. The Italians set up Italian restaurants all over the world when they left, as do people from other countries. Irish people also have a competitive advantage with Guinness, which is one the most popular drink in the world. For many, Irish people setting up a pub that could showcase and sell these products has been a profitable business,” Crowe says.

In Kampala, the Ugandan capital, a popular spot for not only the Irish community but the wider community too is Bubbles O’Leary’s, an Irish-themed pub.

“Bubbles was set up by Irish people. They brought out bar equipment and furniture from a pub in Drogheda (a town in Eastern Ireland) which gave it an authentic feel. Much of the interior of the pub remains, however the exterior and furniture are now different. Additionally, the ownership changed hands, and it is no longer owned or managed by Irish people.”

Crowe believes the dynamics of the establishment has changed over the years: “At the height of its glory it was considered one of the top pubs on the continent of Africa. Everybody knew Bubbles, and you could not come into town without stopping by. It is now more of a nightclub and does not have the same homely Irish feel as it did before. Nonetheless, it is still very popular, and this goes to show how having the Irish branded pub, even if it is not Irish, is as good a business venture as any!”

The Irish pub experience is a global phenomenon. Travel to any destination, and it is likely there will be an Irish pub nearby.

From hearing the thoughts of an Irish pub owner, listening to the opinions of an Irishman living far from home, and speaking with an employee, it is clear that the experience is something that everyone can enjoy. The art of spreading cultures with restaurants and other business projects such as pubs is not only a path to thriving financially, and it is also a personal experience for people to come and enjoy their countries uniqueness wherever they may be in the world.