“Connection is not good enough for a video-call, we work on solar panels, so when the weather is bad, no wifi for us,” says Viktoria, as she sits down in front of her laptop. She pops open a bottle of beer and admits that the drink is “the only thing that helps me survive this heat.” She laughs, “it’s 40 degrees outside”.

Viktoria Timkova has been volunteering in the Adjumani district of Uganda for the last six months: “I’ve been volunteering mostly for scout organisations throughout my studies. I’ve been watching this project for a long time. It has been existing since 2012. Last summer, one year after I finished university, I saw there was a vacancy. The volunteers always change after six months. I decided to quit my job in Prague and went to Uganda to volunteer full-time.” 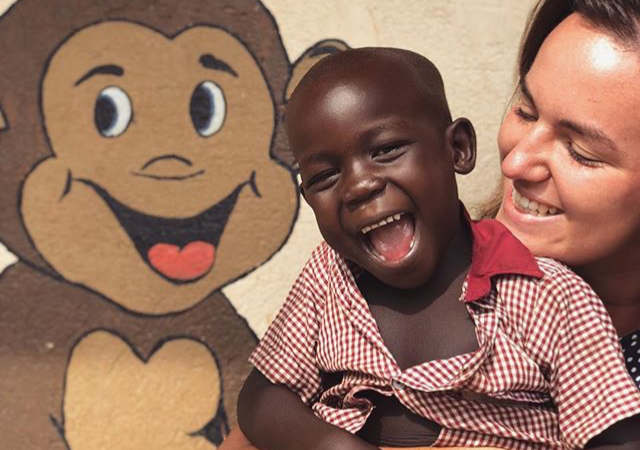 Gift of Love is a project run by the Slovak Catholic Charity, in Uganda. Employees and volunteers look after HIV+ children. “This is a centre which has 56 children, out of which 55 are HIV+. Purpose of this centre is to take care of these children, to teach them how to regularly take drugs, we pay for their school attendance. Here in Uganda, everyone has to pay a fee, and even though it’s not a lot for the western world, it starts at about five or six euros (£4-5) per term. For most of the people, it’s very expensive,” Viktoria says. “Another project we have is called distant adoption, where people can adopt children from the area, and the adoption money is used to pay school fee, uniform, school supplies. We have 21 schools in the adoption project and around 600 adopted children.”

The charity also runs a food programme supporting 30 families with food every month. As of 2017, it’s estimated that around 1.3 million people are living with HIV in Uganda and the life expectancy is only 55.9 years, that’s 24.9 years less than in the United Kingdom.

“Without any exaggeration, children that are now in the centre, would not be alive today, without our help. Before they got here, they were living in very poor conditions and their health wasn’t good. Some of the children are orphans, but most of the time their parents are not looking after them. There are various cases when an uncle or an aunt brought the child here, and the social workers thought the child is an orphan and a year after suddenly a mother appeared. Some of the parents are very nice and come to visit once a month when we have a visiting day.”

[pullquote align=”right”]“They were refusing to give them food because they were sick.”[/pullquote]Help is much needed all over Uganda. The centre gets requests for new admittance every day. “We often have to refuse some children, we have to keep certain living standards, and even though the centre is trying to expand, it doesn’t go so easy. We don’t have a capacity for that,” Viktoria explained.

“Lots of people in Africa were already born with the disease. I’ve met people who were so angry they had the disease, that they just kept spreading it.”

Viktoria told us how difficult it was to understand this behaviour and watch people spread HIV because they are angry. “We have some kids in the centre whose families were not giving them food because they were HIV positive. They were refusing to give them food because they were sick. Women can have four children, and two of them will end up HIV positive, and the other two don’t. So often, those who are positive, are somehow put aside.” 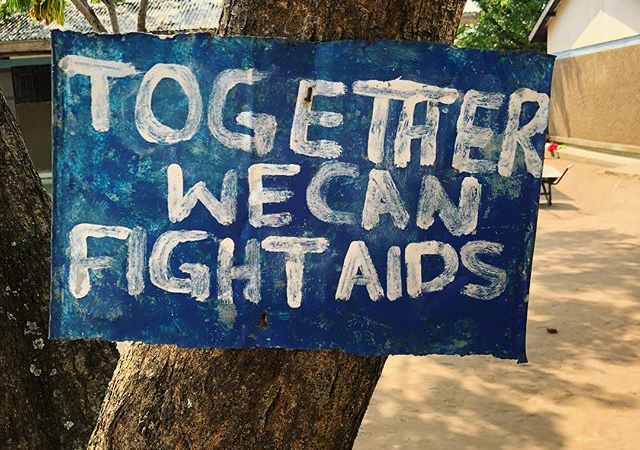 A sign in the centre for HIV+ children [Instagram:Viktoria Timkova]

Uganda is largely overpopulated, with nearly 45 million citizens, 222 inhabiting each square kilometre. “The country is in the top five in Africa in the number of refugees they take. Just in the area where we’re based, there are about 1.5 million refugees, most of the time from South Sudan or Congo. The situation here is critical, but not as what we see it in the West.”

“Recently I went to a school where there is a big issue with water, but the problem why they are not drilling wells is political, it’s not that water is not there. In Uganda, especially in the north, they have water throughout the whole year,” she added.

In 1970, the UN decided that a target for foreign help from developed countries should be 0.7% of their Gross National Income (GDI). In 2016, the UK spent £13.4 billion on international support, in line with the 0.7% goal.

Charities have been helping Africa for years. Remember the Live Aid concert in 1985? It raised around £150 million for Africa. However, some claim that foreign help is bad for Africa, such as this story in the Telegraph on How charity makes life worse for Africans, while Time magazine printed Bad Charity? (All I Got Was This Lousy T-Shirt!).

“If you want to help a developing country, the fact that you’ll send just some stuff here is the least effective way to help,” Viktoria said. “If you want to provide food support, the best way is not to bring beans and rice but to give them chicken so they can raise and breed them and get the food on their own. Or to give them tools so they can plant their own crops. If you come as a foreigner and create a dependency syndrome in the community, this is not the way to proceed.”

[pullquote align=”right”]“Without any exaggeration, children that are now in the centre, would not be alive today, without our help.”[/pullquote]Child labour is another issue Uganda has to face. The Children Amendment Act was approved by the government in 2016 and made it illegal to employ children. However, it is still estimated that more than two million children are labourers. “We don’t have any factories around here, but very often, there is a situation, when children are not sent to school because parents either don’t have the money or need them to work in the field. It’s very often in our area. Most of the people are making money by working on the fields; this is the way we experience child labour.”

In Uganda, attitudes towards women are primarily stereotypical. Violence towards them is also a significant issue. United Nations’ reports say that more than one million women are exposed to sexual violence every year in Uganda. “Officially, there’s no discrimination. In schools, there is lots of empowerment for women. They educate them about early marriages and pregnancy. Official point of view is that it is taken care of, but the reality is not so bright. There is a lot of sexual harassment and rape towards women. Over 90% of the sexual violence against women and children happens within the family. We had neighbours around the area where the rape of a 5-year-old girl happened right behind our fence.” 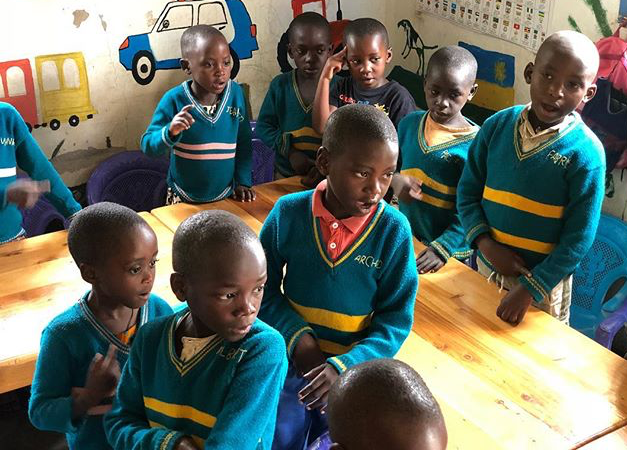 In April 2009, the Ugandan Parliament allowed MP David Bahati to submit a bill which made homosexuality illegal. The most controversial part of the law was a death penalty for accusations of repeatedly committing homosexual acts. The bill has caused a backlash from national and international organisations. In 2014, the Uganda Anti-Homosexuality Act, or Kill the gays’ bill, as called in the western media, was passed in parliament, with the death penalty substituted by life in prison. Later in the same year, the Constitutional Court of Uganda ruled it invalid, and the parliament has never appealed against the ruling.

“Here in Uganda, you would go to jail if you’re accused of homosexuality. In most African countries, you would go to jail. I had some discussions about this topic, someone said to me, ‘Where you come from, you have homosexuals. Here we don’t have any’. And I answered, ‘Yes because all of yours come to us.’ Most of the people think that homosexuality is not real, that it’s just happening in the West. And the reality is that the people flee away.”

After 174 days, Viktoria is leaving Uganda, just in time for Christmas. Another volunteer will take her place in the centre. Whilst her work there hasn’t solved poverty or famine in Africa, it made a difference to the 56 children in the centre at least.

And that’s a good place to start.