He is the Leeds Arts University student who recently assisted on a Vivienne Westwood shoot that graced the pages of Vogue, and the voice of BAME artists in Leeds — one of many under-represented cultures in the art industry.

At the age of 21, Okocha Obasi — better known to his peers as Kocha — is making waves in a society dominated by white culture, with his diverse London roots at the heart of his campaign for change. 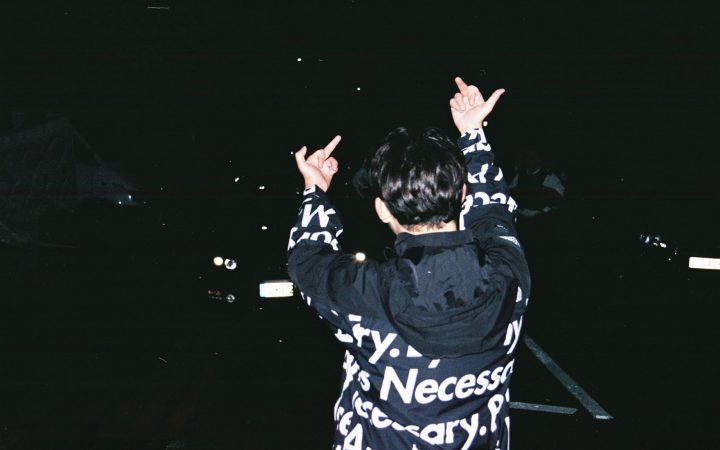 “Living in London my whole life I was brought up around so many different cultures and understood the importance of learning different perspectives from others,” he told Artefact. “I then went to university in the north, which at first was weird for me as the majority of students are white.”

After living in a city where art schools such as Central Saint Martin’s are a hub for diversity, he was surprised to find Leeds provided little or no platform for ethnic minority artists; a theme he feels is relevant across many universities outside of London. “I think many ethnic groups are underrepresented and allowing these groups to have a platform to express and have creative freedom is important to me as a developing creative.” 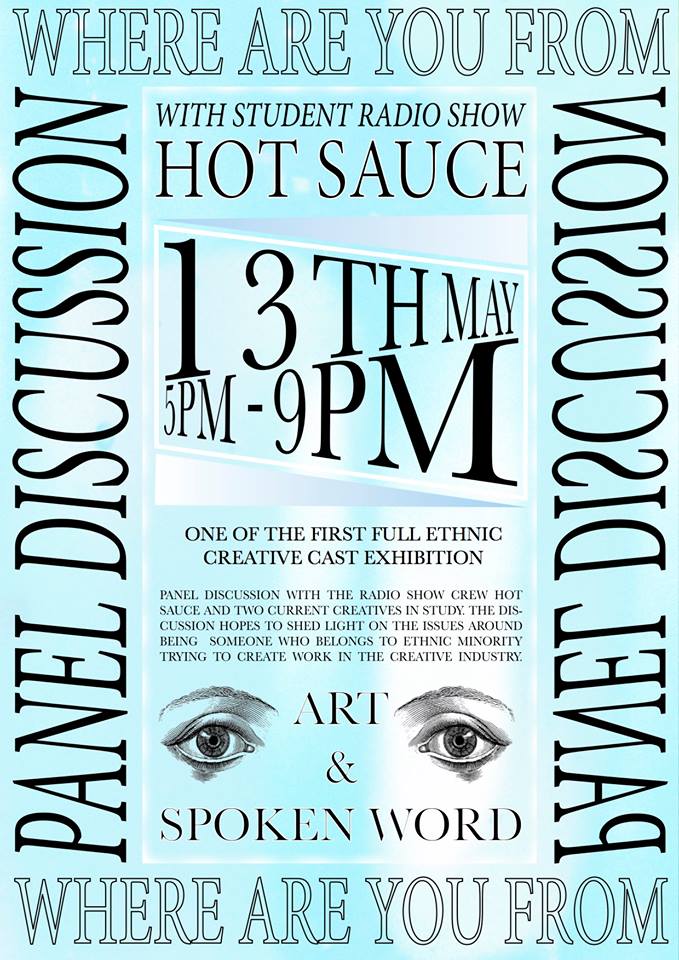 Promotional poster for the Where Are You From exhibition [Instagram: Okocha Obasi]

On May 13, 2017, Kocha led Where Are You From, an ethnic creative cast exhibition and discussion, which shed light on the issues surrounding ethnic minority artists trying to get their work into the industry. “As part of the show I had a panel discussion shedding light on racial issues in the creative world and university grounds,” he reflects.

Kocha believes that constructing a space where people can learn other perspectives, struggles and strengths is key for creating empowerment in the digital era, “I find many people would rather post online than converse in public spaces, but by making people listen and share in public places, we efficiently allow a way for people to learn and understand meaningfully,” he explained.

For Kocha, the belief that the underrepresented should have a stage and voice remains one of his key inspirations: “No one should be left out based on their background,” he says, “people need to be judged on their pure talent and what they can offer to the world.”

It was this ideology that led to his creation of the first Black History Month exhibition at Leeds Arts University, which, although open since 1846, had never offered the opportunity for BAME artists to exclusively show their work. “This goes back to my point about university being under-representative of other cultures. It’s almost like if nobody complains, it’s not a problem,” he said. 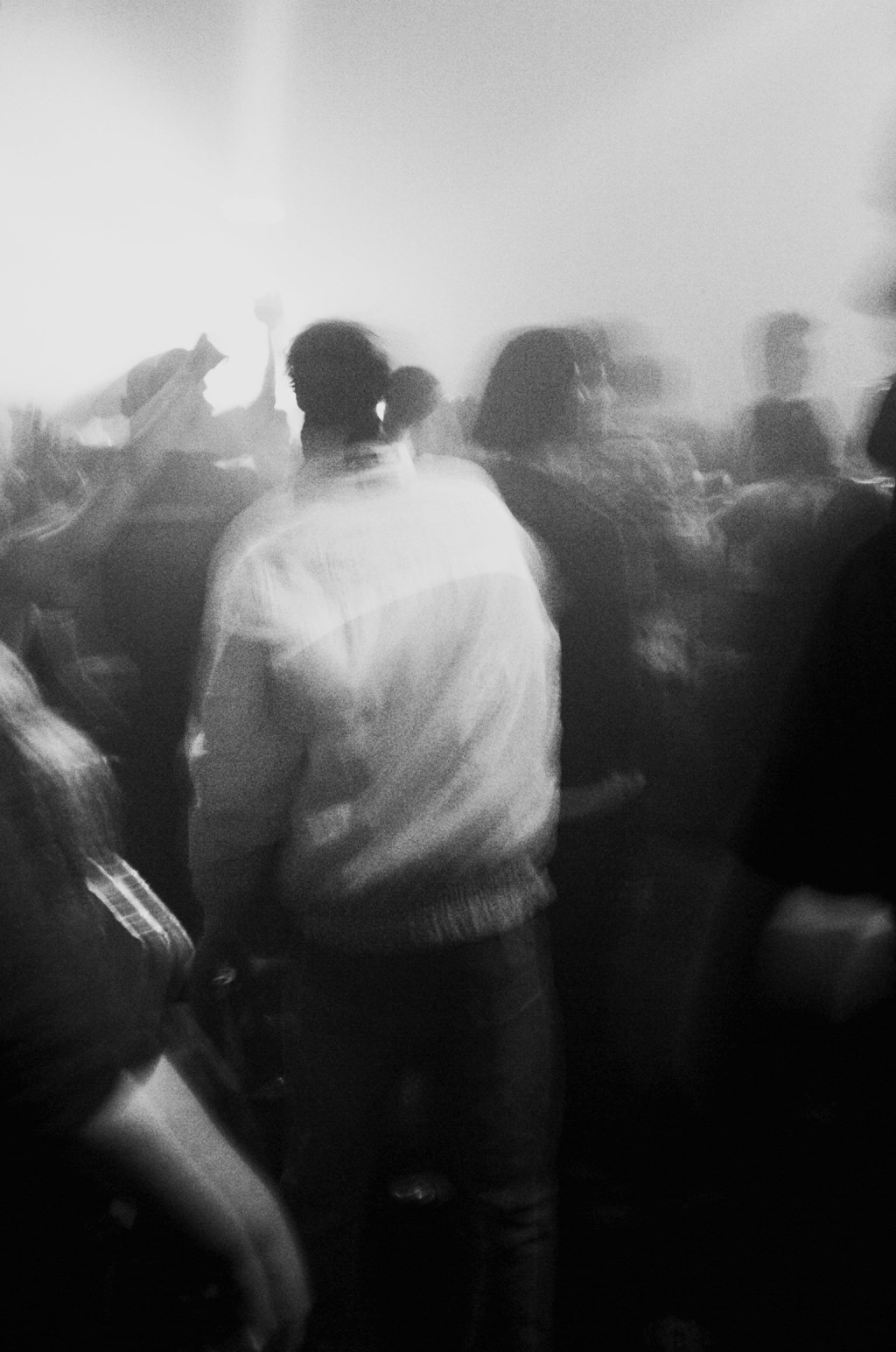 It was due to the success of the Where Are You From exhibition that the student union reached out to Kocha, asking him to create an event for Black History Month. “I put forward the idea of an art exhibition, which will now be a yearly run event ran by the first ever African/Caribbean society.” The response was overwhelmingly positive, offering a platform that gave a voice and power from a pool of diverse talent.

His strong criticism about the lack of understanding and encouragement towards BAME students at universities have left Kocha believing that change is now in the hands of young people and students themselves: “We need more BAME artists in professional spaces, and this can only change if we inspire more black artists,” he continues. “University is the place people go to become a professional, but if these universities are always going to be white, the industry’s level of diversity will not change.” For Kocha, the first step towards this change could be the introduction of racial quotas, ensuring all ethnic groups are represented.

Kocha’s most recent collection captures dance culture, depicting the club scene and the freedom it offers from a seemingly hay-wire world: “These spaces are being attacked and manipulated by political parties, which we should be conscious of,” he explains.

“These spaces are important as they preserve an essence of freedom, especially in youth culture.”He draws similarities to the carnival culture of the 16th and 17th century, “they acted as a vessel for providing society [with] a space for cathartic experiences.”

When reflecting on the impact he has since joining Leeds Arts University, it is clear that Kocha is the voice that society and the educational system needs to hear more of. He is an individual who signifies strength and a revolution, which pours out through the passion he applies to both his work and social causes.

“It reminds me that change is always possible if you speak up,” he says — an ethos we should all remember to carry with us.