Since it first launched in the UK in 2012, Netflix has become more and more present in our lives. With more than 118 million subscribers, 192 countries, billions of dollars in revenues and here in Britain it has 9.7 million subscribers. All this has been achieved in less than seven years.

Netflix has established itself as the leading streaming platform by creating original series’ which draw attention and attract new viewers through mind-blowing advertisement campaigns. Beyond these publicity stunts, the American streaming platform, which currently has 109 million subscribers, has managed to live up to its self-imposed title. It is easy to be quickly seduced by Netflix, as it allows you to launch a program even when you come home late, to watch a whole season in one afternoon or continue your TV show on your smartphone during your morning commute.

The expression ‘Netflix and Chill’ first appeared in 2012, and has invaded social media in recent months to designate one of the favourite activities of the young generation: quietly watch a program of the streaming platform ‘chilling’ on their couch. The expression has a hidden meaning in hookup culture for a one-night-stand. A simple evening of “Netflix and chill” can be more hectic than expected!

Netflix’s influence in how we are consuming television is inevitable. Our watching habits have changed, and Netflix is starting to replace our TV boxes, as it is accessible anywhere and at any time. There is no constraint. Based on a survey of over 3,000 UK online users, 25% of internet users say that services such as Netflix and YouTube are the first services they turn to when looking for TV or video content, rising to 39% of 16-24 year-olds.

Other competitors such as Amazon Prime, NOW TV and Hulu are trying to fight back by creating their own original shows. Amazon, for example, created High Castle and Transparent and are planning to create a £1bn Lord of the Rings franchise in the near future.

For classic broadcast TV, things are not looking bright, as Ofcom reported that in 2018 digital streaming overtook traditional television for the first time. 54% of UK pay-TV subscribers now believe that their TV service is overpriced, and 1 in 4 are thinking about cancelling their subscription. There are now more UK subscriptions to Netflix, Amazon and Now TV (15.4 million) than to traditional “pay TV” services such as those offered by Sky, Virgin Media, BT and TalkTalk (15.1 million).

Sharon White, Ofcom’s Chief Executive, explained: “Today’s research finds that what we watch and how we watch it is changing rapidly, which has profound implications for UK television.” She added: “We have seen a decline in revenues for pay TV, a fall in spending on new programmes by our public service broadcasters, and the growth of global video streaming giants. These challenges cannot be underestimated.” 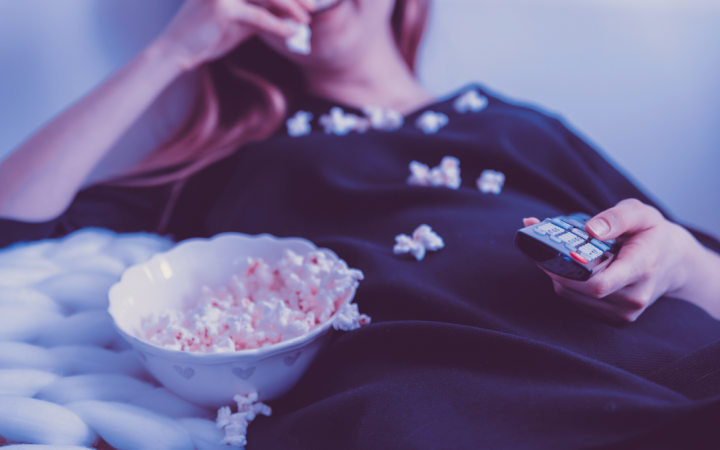 Nonetheless, she thinks that UK broadcasters have a history of adapting to change. By making the best British programmes and working together to reach people who are turning away from television, our broadcasters can compete in the digital age.

However our viewing habits are evolving, so what does this mean for the future of television? In an interview with The Guardian, Richard Broughton, an analyst at Ampere Analysis explained: “It does indicate the growing power of subscription video-on-demand services that Netflix has managed to achieve greater household reach in the UK than one of the most successful satellite TV companies in the world.”

The rise of streaming online services and our changing viewing habits-particularly among younger viewers, is putting pressure on the UK’s traditional pay-TV and free-to-air broadcasters, such as BBC, ITV and Channel 4. The number of hours spent watching traditional TV schedules continues to drop; teenagers and young people now watch around 40% less than they did seven years ago.

Liza Pill an American student in Art now living in London explains, “I just pay for Netflix, partly because living in between two countries. I can watch it anywhere I go, instead of just having the availability in only one country. It just feels so easy and it’s really convenient, I have it on my iPhone and my computer, I can have it everywhere I go, as opposed to regular TV. Though, I do find the I also watch shows on Amazon Prime when I can’t find what I want on Netflix.”

To her, the only downside would be that she becomes more addicted to watching the show because when something is aired on television it usually plays one episode a week whereas with Netflix it usually comes out as a complete series.

The number of Netflix subscribers is forecast to hit 10 million by 2020, and now Netflix is also trying to conquer cinema, with original movies such as Bird Box which had more than 45 million views, making it the best first seven days ever for a Netflix film.

Whether it is the cinema or our TV, Netflix is stronger than ever, and with new films and original shows for 2019, they will make sure that we are aware of it.

Featured image by Freestocks on Unsplash