On November 28, 2018, in the middle of the day, Rushaan Farrukh, a student from Beaconhouse National University in Lahore committed suicide by jumping from the fourth floor of the campus building.

There were about 50 students standing at the bottom, some accusing her of attention-seeking while others were recording her every move on their phones.

A few days before Rushaan took her life, she uploaded a status on Facebook with respect to how critical it is to be kind to one another and how words can greatly influence somebody. She was known throughout the campus as someone who was full of life and always wore a gold star on her cheek. A student from the university who saw the incident later revealed that she was suffering from depression and bullying. 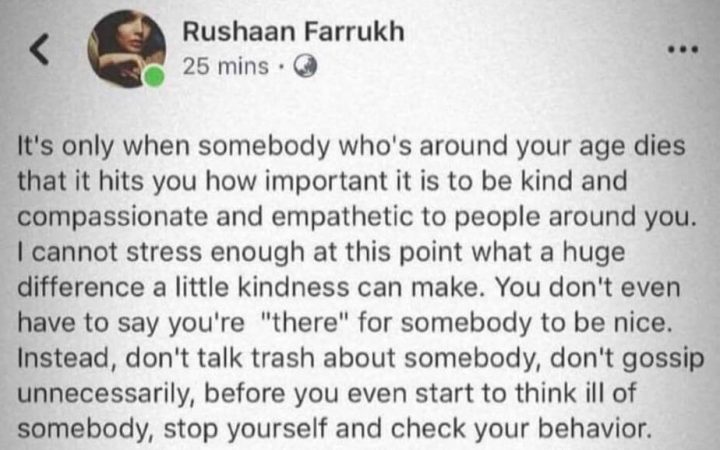 While Rushaan was perched on the fourth floor prepared to jump several people passed below and said that she was only doing this for attention. There were students on the third floor that could have reached her in less than a minute but did not.

In the end, she jumped and not one person made the effort to save her. While her body lay on the ground there was a moment of silence, as no-one expected her to do it. Then there were screams, tears, blood and the students who witnessed it are still too traumatised to talk about it completely.

This tragedy demonstrated that even educated people in Pakistan do not take mental health disorders seriously.

Another example is of an aspiring model, Anum Tanoli, who took her life by hanging herself because she was told repeatedly that she was not good enough to be a model on social media. Before her death, she made a video that told how her self esteem was being shattered by the excessive bullying she faced on a daily basis.

Taha Amir, a student from Lahore University of Management and Science (LUMS) told Artefact that it is a shame that even the big universities in the country do not offer any kind of support for depressed students. LUMS is known to be the hardest university in Pakistan, with an excessive amount of workload for students, and yet, they do not provide better facilities for Mental Health Awareness.

A major reason for this attitude in Pakistani society is a lack of awareness regarding the importance of mental health. According to Al Jazeera, the country has a shortage of trained psychiatrists, with around one therapist available per half-million individuals. That simply isn’t sufficient for a nation that contains 200 million individuals. 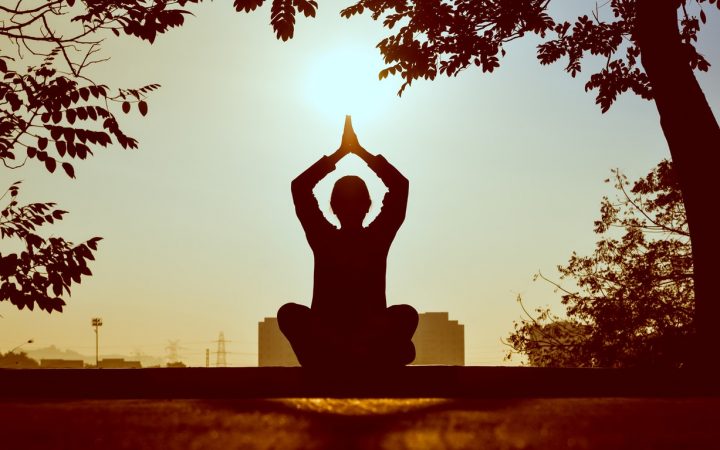 Pakistan is known to be a conservative nation where issues of psychological wellness are disapproved of and not considered important. According to researchers, around 20 million people in Pakistan suffer from a mental disorder – that represents about 10% of the population. Individuals often keep quiet about their mental status. They are afraid of being labelled as pagal (crazy) by society.

Dr Arfa, a therapist working in Lahore, one of Pakistan’s wealthiest cities, told us that the majority of people that come to her for treatment are under the age of 30 and usually encounter problems such as pressure from the family, bullying or low self-esteem. She said that there are hardly any therapists available and most of the time parents do not send their child to therapy because “mental health does not exist,” according to them.

Another vital factor is how mass media adds to the vilification of mental illness. Through TV, radio, and social media platforms, rationally sick individuals are savagely depicted as a fools; they are stereotyped and are subject of disrespect. Society is profoundly affected by the manner in which media depicts mentally ill people as being attention seekers.

This requires an intensive effort to get rid of these taboos and begin to manage psychological health in a positive way. Individuals need to come together with the community and shed a light on the importance of just how dangerous mental health can be.

Mental Health is a continuing issue in the world today. As indicated by the Institute for Health Metrics and Evaluation (IHME) around 1.1 billion individuals have experienced either mental or substance use disorder. Anxiety is the most widely recognised disorder affecting around 4% of the population worldwide. 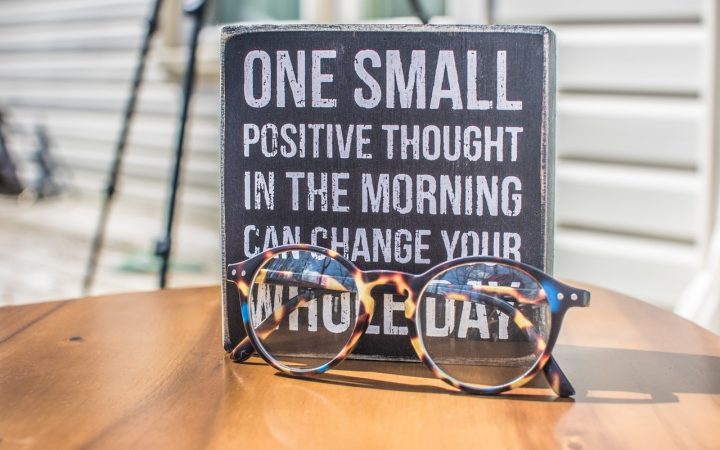 Developed countries have more awareness regarding mental health and have facilities that help people with disorders such as depression, anxiety, bipolar disorder etc. In the recent year’s suicide due to mental health has increased in developing countries due to lack of understanding and social stigma.

Rather than stereotyping and discriminating the mentally ill, they should be given the same respect as others in society. Moreover, the government should acknowledge the increase in numbers and raise awareness for the general public. They should hire more psychiatrists and build facilities for people dealing with similar issues.

A few campaigns, for example, The Colour Blue and Meditrina are working to help those with mental health issues. The Colour Blue’s concept is to promote and encourage the empowerment of those facing mental health challenges through an inclusive platform for engagement, support and service provision; Meditrina is a mental health resource centre that aims to helping individuals that face clinical depression.

However, these campaigns are still new and are struggling to gain the support of the public. This is often because of the social stigma that people face in their society.

No-one wants to be labelled as the crazy one and this is why Pakistan is far behind in terms of support for the mentally ill because rather than changing one’s recognition they point the finger towards the person in question.

By Natalia Zelazowska
4 Mins read
The war in Ukraine doesn’t seem to end, but military actions and progress are not everything. What has been happening…
Life

By Lillie Butler
3 Mins read
We examine the worrying rate that botox and other procedures are being carried out, should there be more regulations?
Life

By Neelam Ahmed
6 Mins read
How the gender imbalance in Pakistan is making the country increasingly unsafe for women.