In this series, Artefact gets a glimpse into some of London’s creatives’ favourite spaces to create. 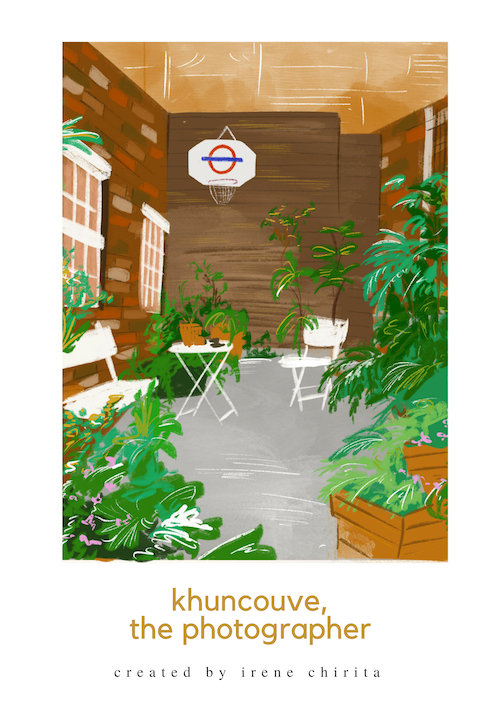 As KhunCouve slides the key into the heavy oak door, I stand there wondering if I am about to enter some sort of fantasy world. The images online do not show you the path to the underworld: the concrete wall, the overwhelming darkness while you catch a glimpse of the light at the end of the tunnel. When walking those few steps, you feel like a six year-old running to the tree on Christmas morning. And as the excitement rises and a chilly breeze passes through your body, you finally see, with your own two eyes, photographer’s Paul Couve famous home garden.

Looking from far, you don’t really notice its charm, left alone the treasures hidden behind leaves and bushes.

Nest, episode three, takes a better look, wondering around a bit to (spoiler alert!) find out that there are thousands of handcrafted golden eggs, lego men and growing cherry tomatoes.

Months of work wrapped up into one place gave life to the two handmade books laying on the kitchen table. One black, one white, the covers speak of different times. Day and night, summer and winter, KhunCouve shoots and writes. And all, in his nest.

KhunCouve is a photographer based in London who would make you a fine cup of tea if you’d ever have the chance to pay him a visit. He’s usually at home, hanging in his garden (but let’s be real, who wouldn’t?) and at times, you can probably find him a concert or two. But in the meantime, say hi to him on Instagram at @khuncouve.