In the wake of ‘Times Up’ and ‘Me Too’ over the past two years, Hollywood should know better than to be hiring abusers by now.

At the heart of this debate, however, is the question of how much we can separate art from the artist behind the creation. Is it possible to support work and projects created by someone with homophobic, racist and misogynistic tendencies? Or worse, someone who has abused another person?

There is a long list of actors, directors, and musicians who have fallen from grace in the eye of the public due to their actions. So it is possible to see art created by someone problematic without viewing it with the knowledge of their discrepancies.

Some people can grow and learn from their mistakes when it comes to instances of tweets being dug up as evidence that a person was racist, homophobic or sexist in the past. Or perhaps more severe cases where the artist has physically harmed someone or done something that has put them beyond the public forgiveness.

The lines become blurred when a certain celebrity displays behaviour thought to be or even proven to be problematic, some things can be considered excusable, however, where there is more severe behaviour, the majority of the time it is not excusable. 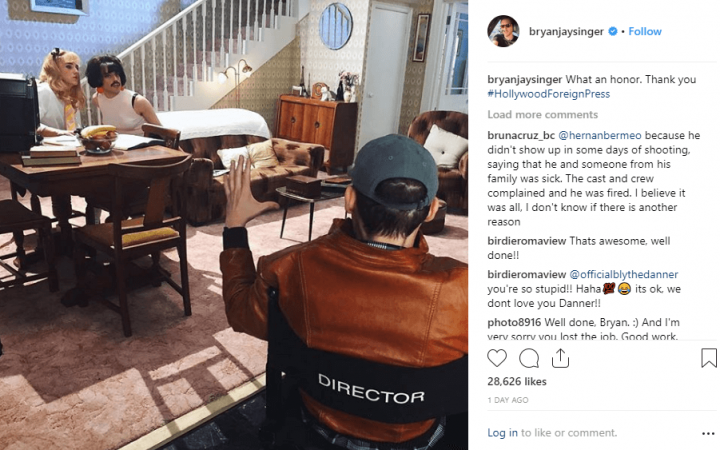 The film Bohemian Rhapsody has come under fire after winning best film at the Golden Globes 2019. The reason behind the backlash is that the original director, Bryan Singer, was fired from his role due to “unreliability and unprofessionalism” regarding his “personal issues”. This happened a few weeks before the filming was completed in December 2017 and he was replaced by Dexter Fletcher after production stopped temporarily. After his departure from the project, Singer was sued for allegedly raping a 17-year-old girl, but no criminal charges were brought against him and he has denied the claims made.

It appears that Hollywood is doomed to repeat the same mistakes. Too often do we see a new ‘scandal’ regarding a celebrity in the news on how they have been abusive towards another person. Johnny Depp is one of those celebrities who has not seen the full repercussions of his alleged actions towards ex-wife Amber Heard, still getting a leading role in the latest edition in the Harry Potter franchise.

Writer J.K. Rowling defended her decision to keep Depp on the project after director David Yates came under fire for his comments on the situation. Publishing a statement on her website giving answers as to why they didn’t recast the role and stating she is “genuinely happy to have Johnny playing a major character in the movies.”

But what impact are these decisions having on the next generation of creatives, and what example are today’s artistic leaders setting for those who will be working in the arts in the future.

[pullquote align=”right”]“I could never listen to his voice again no matter what he was singing about.”[/pullquote]One artist and Law student, Jenny, 26, told us: “Every individual human being goes through this life in a very unique manner, and how circumstances alter their method of adaptation in social and political mannerisms are philosophies that are to be understood and empathised with. In that matter, understanding what they create gives us another dimension to which we are able to appreciate the piece of art.

“Our relationship to a piece of work is a private experience between us and the observed. In a way, we are observing ourselves for example our thoughts, our feelings when observing the piece, and how it is shifting our thoughts, and where it is leading our thoughts to,” she continued.

Jenny said she finds it difficult to separate art created by someone problematic from the artist themselves. “I think both artist and art are two fundamentally very different pieces of stimulant for an observer, to which we can choose to merge into a historical explanation based on judgement of character and result in creation, to separate them both entirely, or to understand that both exist coherently within our experience, which we must therefore find philosophical ways to link every aspect of this issue in a way that fits our ability to understand and empathise the reality of human life most beautifully.”

With the list of artists who are disappointing fans by believing they can act without consequences continuing to grow, it is rare to stumble across someone who has not had one of their favourite musicians, actors or director disappoint them and be deemed problematic.

Emily, a 21-year-old illustration student from Middlesbrough, spoke about the scandal with Mark Salling from Glee that lead to his suicide. “I would watch Glee still because I love it, but watching him acting on it would make me angry. He is disgusting and I hate him.”

[pullquote align=”right”]“Our relationship to a piece of work is a private experience between us and the observed.”[/pullquote]When asked about separating art from the artist, 22-year-old art student Megan from Leeds mentioned John Lennon, XXXTentacion, and Lost Prophets’ frontman Ian Watkins. “I can’t separate an artist from their work if their work itself hints to or references the problem, like XXXTentacion rapping about raping peoples sisters and smacking people,” she told us.

“I could still listen to the Beatles despite John Lennon’s domestic abuse past because of the possibility Lennon maybe changed. Situations like the Lost Prophet singer abusing a one-year-old though, I could never listen to his voice again no matter what he was singing about.”

Joe, who’s 19, and a musician from Camden agreed: “It is difficult to separate art from its creator. There’s always a conflicting feeling if you know that person has done something questionable or immoral, but I don’t think it should stop people from consuming that art,” he said.

“There’s an answer in that duality, there are good things about everyone, even if those good things are just the art they create, that I don’t think should stop people from consuming and enjoying something they had previously enjoyed. I think a work’s artistic merit should speak for itself regardless of its creator’s history.”

Tanya, a 21-year-old English student from Redcar, said she has decided you can in fact separate an artist from their work “in certain circumstances” and “usually there’s a correlation between personal preference and the time it happened.”

“People don’t really remember people but they remember art, being an English student I study literary greats like Edgar Allan Poe, who was an opposer of the abolition movement, had a life long alcohol problem and married his 13 year-old cousin when he was 27 but we still study his work today in higher education so as a society I’d definitely say we separate the artist from the art.

“You also have to argue does this abnormal mentality contribute to their art when you look at just how frequently it occurs, for example John Lennon, Pete Townsend and even Drake now. However I do feel there are limits and Lost Prophets’ Ian Watkins definitely is one and he’s someone I swear I would never listen to.” 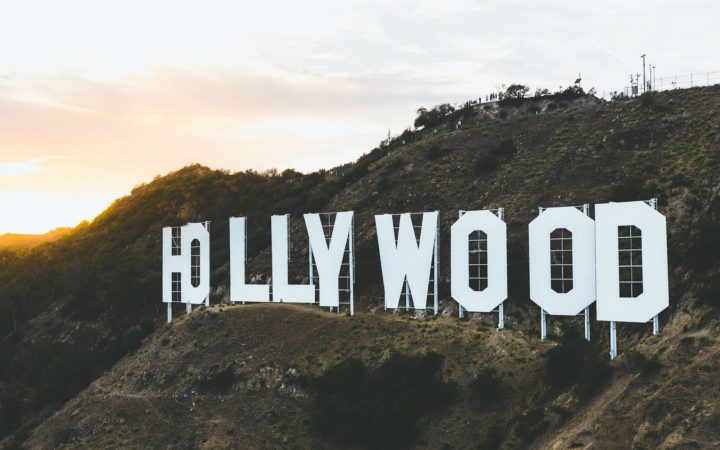 In Hollywood term the most famous rejects in recent years are producer Harvey Weinstein and actor Kevin Spacey. The two men have both felt the  consequences of their actions. For Kevin Spacey there was no separation of the art from the artist, and Spacey was kicked off his TV show House of Cards, after his news of his scandal broke in 2017.

However, not every problematic film star, singer, director or even youtube creator have seen consequences to their actions. With Logan Paul being allowed to come back to YouTube and still create ‘content’ after his highly distasteful and controversial video he posted from his trip to Japan that feature him discovering a dead body in woodland nicknamed, ‘Suicide Forest’.

Today’s notion of celebrity or influencer is almost like tiptoeing around mouse traps. Trying to find someone to support and admire who is without racist tendencies, or sexual assault allegations in their past, or even just the general vibe of not being fully aware of their actions is getting harder and harder to navigate.

But why are we still allowing these artists to remain in the spotlight and get money from their work if they have acted so heinously towards others?

What is it about the 21st century and the internet where nothing stays hidden for long are we not grasping. At the end of the day, it is a person’s individual personal opinion of how far somehow can go before they decide they are no longer comfortable with the actions of the artist.

By Rella Jefferies
5 Mins read
Set in the picturesque Paxton Centre at the heart of Crystal Palace, Everyone Reflects Light is an emotive exhibition that…