Independent artists in the music industry

The music industry has been on a roller-coaster, going through its share of change and adaptation. Gone are the days when you need to be signed to a label in order to release music. Artists are now claiming full ownership and control over their art as well as their brand and exposure online.

The internet and streaming platforms such as Spotify have given life and rise to independent artists who are now, according to labels including Artist Without A Label (AWAL), a billion dollar market.

As streaming revenues rise, companies such as AWAL, made to support independent artists, are growing. AWAL has been around since 2003 but could not be more relevant today. They provide “all the services and global expertise an artist needs, plus freedom, control, and a real partner”.

Their services include distribution, data analysis, artists marketing, playlist and radio as well as funding however the artist continues to have 100% ownership, full creative freedom and ‘the final say’. So what does the future for artists look like in the music industry? Labels or independent? Huge stars or small fan base? 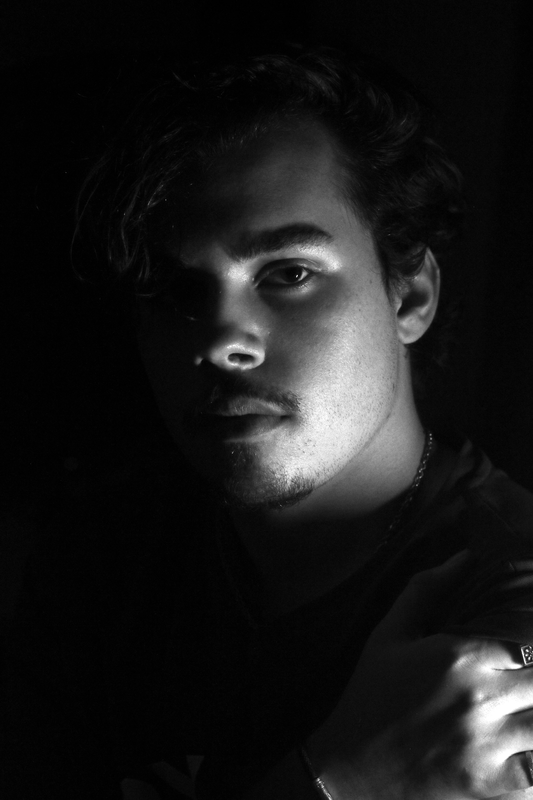 Twenty-year-old Uros Todorovic is a new independent artist on the scene and goes by the name Sketch. He recently released his debut album Daily Basis which he recorded, produced and mixed almost entirely by himself.

With almost 11,000 followers on Instagram, he is reaching a wide fan base with his music. In the first month after the album came out the streams were growing by the day, and reached 5,259 listeners.

Born in Serbia, raised in Geneva and now based in London, he is bringing together his cultural influence and mixing it with inspiration from music he listens to, such as Travis Scott, Drake and G-Eazy, in order to create the kind of music he wants to hear.

London has not affected his musical sound, however it has definitely played a large part in the creation of the album by allowing him to meet a lot of people in the music scene.

Spotify uploads 20,000 new recordings daily, making it a lot of hard work for artists to get recognised through the so-called ‘noise’ without the help of a big name behind them.

“There are definitely pros and cons to being fully independent. The pros are basically being able to keep 100% of every revenue earned from streams, being able to do whatever you want – in terms of making a certain song or releasing at a certain time, and being able to collaborate with whoever you want. It’s the freedom,” said Sketch.

“The cons would be having to have your own budget, needing your own studio, own mixing, own producing I guess. Also, promotion and collaborating with other artists is harder when independent. The struggle for me is to get people to think that I am actually serious about it, and also to maintain the standards of the industry,” he continued.

“Nowadays I meet a lot of people who have talent, but mixing is very important. The mixing of your song has to be industry quality, no one will put it on the radio or take you seriously with stuff that sounds amateur, only your close ones. I have friends that worked with Young Thug and Travis Scott, all the people that have already made it, they helped me in the whole mixing aspect.”

There have been statements circulating saying that today independent artists are better than signed artists. As they get to keep all of the profit and are able to do the same things alone, they are also leaving all the labels negative attributes behind.

But is it really better being independent than signed to a label?

“I think being an independent artist today is a sensible choice,” said Amy Bohen*, a music journalist for fifteen years. “Ever since physical sales [of CDs and vinyl] started dropping significantly due to the rise of digital music, artists have been making much of their money from touring and merchandise.

“Traditionally record labels took money from the artists’ physical music sales, but gradually they cottoned on to making 360-degree record deals with artists, cashing in on the artists’ new primary sources of income. If artists go it alone, they can reap all the rewards of their work,” she said.

Other than reaping the rewards, they are also avoiding a lot of issues. Famous musicians have been publicly speaking out about their dissatisfaction and struggles within the labels.

The artist Prince said in 2015: “Record contracts are just like — I’m gonna say the word – slavery. I would tell any young artist: don’t sign.” Before his death he had also previously stated that artists are being turned into “indentured servitude” by labels.

This is why he released his new album at the time HitNRun via Tidal, a streaming service created by Jay-Z four years ago. In a statement, Jay-Z said: “This partnership with Prince represents Tidal’s philosophy in its truest form, a one-to-one connection and direct delivery of artistry to the world.”

In fact, Ke$ha’s case is an example of the so-called ‘slavery’ behaviour. After suing her producer Dr. Luke and asking to get out of her contract with Sony, she was allegedly denied so. They allowed her to record music without his involvement but apparently would not promote anything that she did on her own.

It depends what the artist wants from their journey. They should know what they are signing up for: control is needed from the experts if exposure and fame are what they seek. “A major record label can know exactly what the public want and create an act to satisfy the demands of the public, and make the acts massive stars in the process,” said Bohen.

“I have friends that worked with Young Thug and Travis Scott, all the people that have already made it, they helped me in the whole mixing aspect”

It is said that especially with new artists, labels can control the music that gets released, including the artwork and, in some cases, how much profit the artist makes. With more success comes more contractual adjustments in the favour of the artist. That being said, Bohen recalls meeting “several artists signed to record labels who are very happy about the creative control they have retained.”

Record labels have an huge number of people all doing big jobs that the independent artist would have to handle themselves, such as marketing and promotion, because exposure is one of the most important aspects.

That is not to say you can not climb the charts as an independent artist, but a good team that has your best interests will help you balance the workload and allow you to fully focus on the creative aspect. Madison Beer, Bruno Major, and Kim Petras are just some of the many independent successful singers today.

Ed Sheeran also started out this way, achieving a lot of attention and fame before signing to Asylum/Atlantic. In an interview, Jeremy Gosling, his manager said: “What Ed and I had done without a record company had proven to the label that we could do it on our own, that all we needed was help and support and finance, getting us to more people and being able to pull the strings when needed to get us on a TV show. Those moves are harder to do when you’re a bit more independent.” 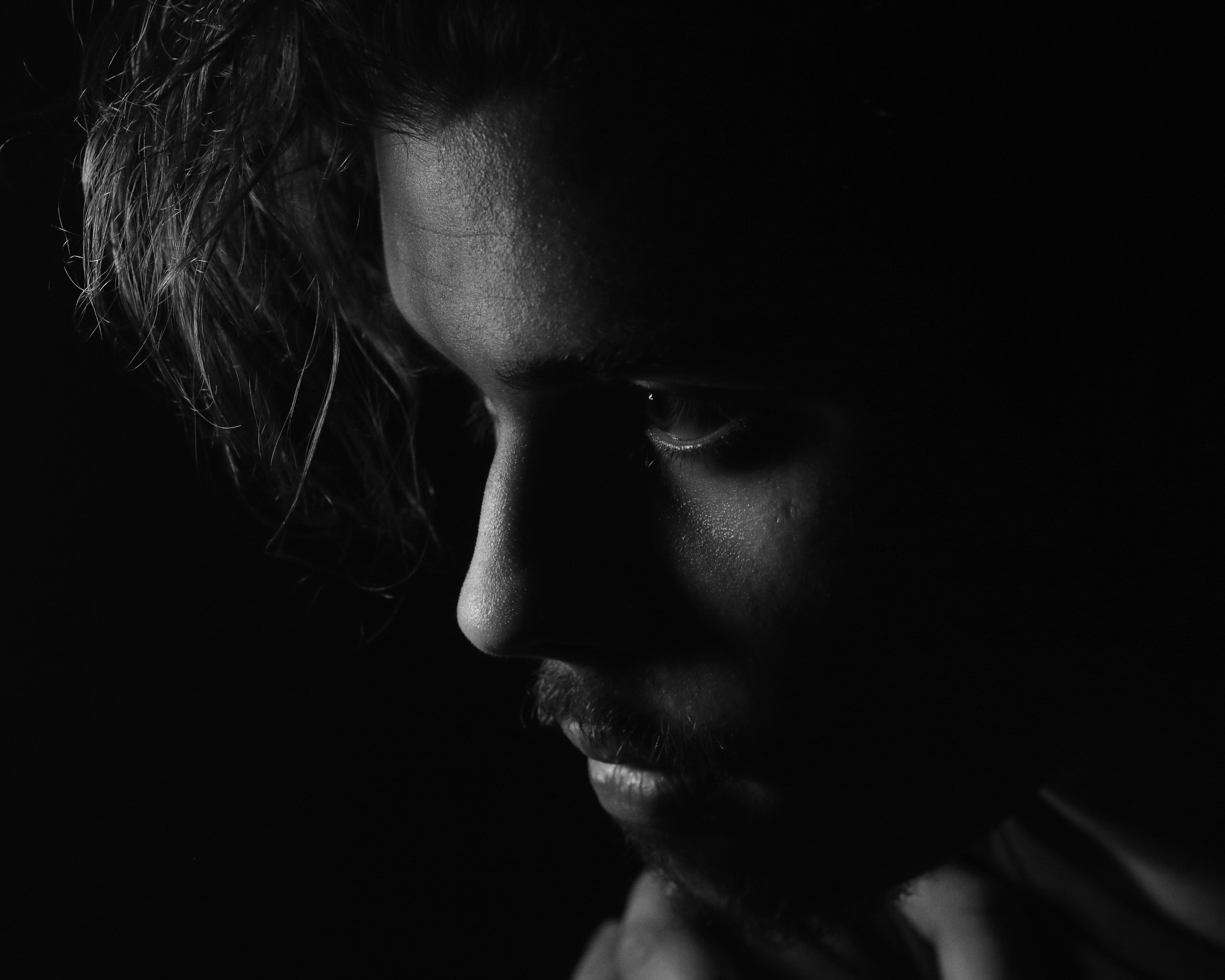 Sketch understands the perks that labels offer, however, more and more artists are beginning to claim their creative freedom.

“I would sign depending on the contract and depending on if they would give me my space to do what I want in terms of music,” said Sketch. “I don’t want [to] stress or neither be pressured. I think it’s good to have a label if they give you your space and they give you a budget for beats and mixing. It definitely opens doors.”

Freedom of releasing music is definitely an advantage for Sketch. He collaborated with artist Nessly, a twenty-two-year-old from Atlanta on his song My Way.

“At first [Nessly] was signed to Atlantic records and therefore to release the song My Way, I needed permission from them. By the time the album was scheduled to be released, he dropped out of his contract with Atlantic and we were able to release it with no issues.” Nessly is well known in the music scene with over a million monthly streams on Spotify. His current most-listened-to song is Moon Love.

“In the future, I feel like you’re gonna have a mix of both the big artists and those with a smaller fan base”, said Sketch. “I am not really aiming at any of those. I’m always going to have my job if I don’t make it in music. I am studying business right now, working 100% to get the best grades and to actually succeed in it. With music, it’s my hobby, I am not thinking about succeeding, I am just thinking of having fun and doing my best.”

“It’s just a question of not chasing fame or money but rather just keep going. Never quitting.”

Thousands of musicians are churning out their music with the hopes of being heard and recognised. How should they make themselves stand out and get people to listen?

AWAL say that even though they support independent artists, it does not mean everyone gets accepted. They watch for certain qualities and attributes in them. These include quality of music, fan engagement on social networks, a supportive team by their side and breaking through the noise by getting others interested.

“Not so long ago I was excited about a new act, after hearing their record, but when I saw them live it felt so flat and I was disappointed,” said Bohen. “Passion, self-belief, talent, some originality, a sense of identity and communicating all of that through music and social media fanbase interaction will all help to get a new artist heard.” 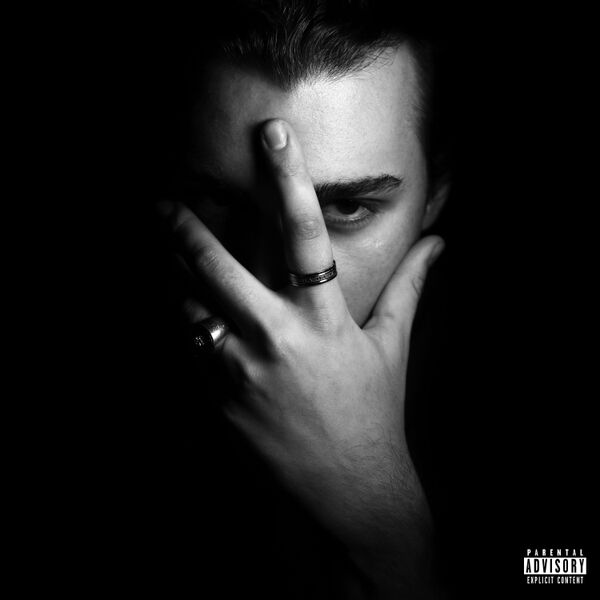 That means a lot of hard work, persistence, belief and confidence. “I do believe I’ve got a certain unique sound and through time I will be able to further develop it. It’s just a question of not chasing fame or money but rather just keep going. Never quitting,” said Sketch.

As with anything in life, the music industry will continue to grow and evolve. Being an independent artist is a new part of the change that we have to embrace. If wanting your own control and full profits, and on top of that you believe in yourself and your product, work hard and push through it.

It is a luxury for musicians to have the ability to express their creativity from the comfort of their own home and try to turn the music in their head into a reality.

“At the end of the day, you either make it or you don’t,” concludes Sketch. “I am not doing music to compete with people, I think everyone is unique in their own way. The only way I’ll compete with them since everyone competes in some way, is just by doing my own story, my own thing. But if you’re confident enough, if you believe in yourself, you will succeed one way or another.”