“I don’t think photographers need to make an effort to stop hiding behind a camera,” pronounces Amalia Navarro.

A photographer was looking for people to document. Kate Tereshchenko’s project consisted of exploring the concept of time in Londoners’ everyday lives. Since I’ve slowly started to force myself to be more open-minded about some of my set-in-stone feelings and/or beliefs, the idea of being followed and photographed for a day was appealing.

The only photographs you can find of me are usually silly ones or ones where my sunglasses are worn. But with my extensive practising of photography, I was interested in seeing how I’d be perceived and photographed by another photographer.

After spending seven hours of an uneventful Friday with a camera pointed at me, I realised how surprisingly at ease I felt. A sunny London, coffee and hot chocolate must have helped. But questions flooded my mind after those seven hours. What changed? Why was I somewhat uncomfortable in front of the camera? So I wondered, how do photographers portray themselves in this unsettled era? 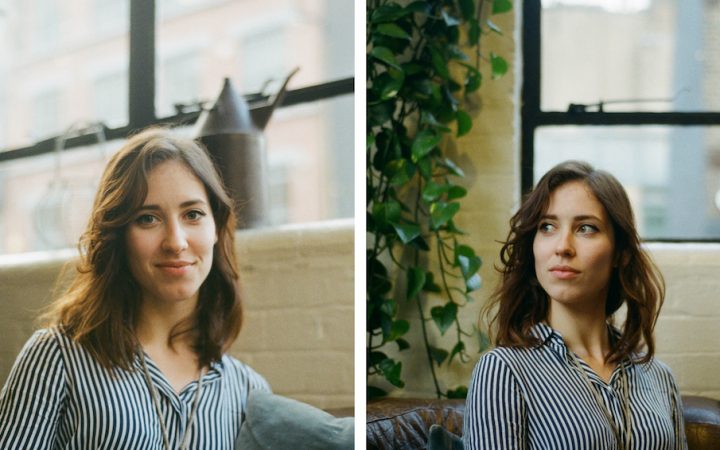 The camera is the photographers’ creative weapon of choice. Observing and capturing the world around us through a viewfinder might not necessarily give us the opportunity to become the subject of a photograph. But even if they do present themselves, do photographers want to be photographed? In the era of selfies, can photographers share their work and only their work?

The warmth of Shoreditch’s Barber and Parlour Cafe, filled with friendly encounters, work meetings and a well-curated selection of music, welcomed three photographers, four if you count me.

My first and only encounter with Tereshchenko, before the seven hours shoot, took place here, in the edgy cafe/restaurant which used to have a barber inside, hence the name. Following this meeting, I returned at three different moments, with three different photographers to discuss their relationship with the medium.

Being an art director in an advertising agency is only one aspect of Mélody Battentier’s practice. Early on a fresh Monday morning, over a cup of coffee, the French artist explains how she combines dance and music in her work. “I just like movements inside a photo. For me, it’s a kind of video through which I just try to tell a story in a very natural way.”

On another day, over a fresh orange juice as a desperate attempt to fight the painful winter breeze, this time, documentary photographer, Caro Pak joins the discussion. Originally from Macau,  the artist’s journey into photography began when she started her own clothing company, Pivot, in Hong Kong. Even though her freelance practice mainly consists of music photography, it first started with capturing her clothing line. And following a two year long trip of the United States, Pak states how “America made me start to like taking pictures.”

The following winter afternoon, as the daylight escapes into the night, photographer Amalia Navarro recounts her story with photography while sipping her Americano. The half-French, half-American, moved to London in pursuit of a Photography degree at University of the Arts London. Recently-graduated, her photography of choice is documentary. But her freelance practice consists mainly of event photography and portraiture.

A chaotic background noise from fellow coffee drinkers plays as each of the photographers describe the feeling of being photographed. A mutual understanding stands out which is the reason why they are being photographed influences their feelings. But also describing them is not easy task. Pak states that the sentiment cannot be put into words which was proven right by the two other photographers.

Practising photography brings Navarro a specific type of joy. “I can’t describe it and because I can’t define it and I can’t tell you why it makes me happy. I think it has its own kind of power to bring happiness,” she says.

When asked how she feels in front of a camera, she busted with nervous laughter as she begins and repeatedly explaining how uncomfortable, targeted, vulnerable and put on the spot she feels. 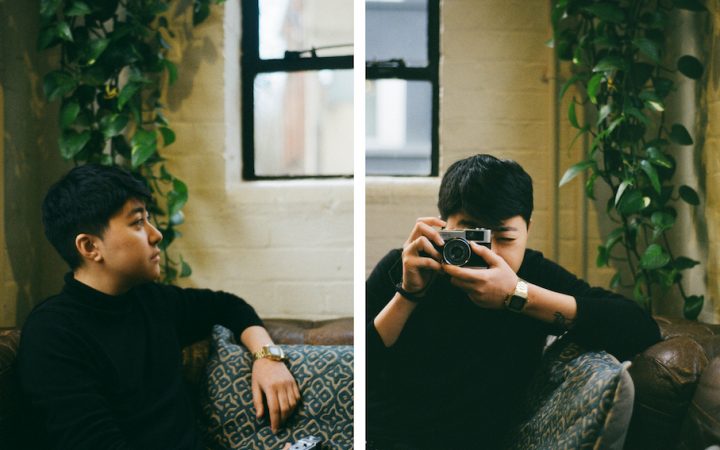 The reason behind this level of anxiety is mainly brought by the use of the camera. “It’s basically just a thing that doesn’t have any emotions that are capturing another thing that does have emotions. I think that really scares me.”

“I think it helps to be behind the camera to then be on the front,” explains Mélody Battentier. And Caro Pak’s story clearly proves the validity of that statement. When she’s not capturing her surroundings, the documentary photographer finds the time for discreet appearances in video projects, particularly music ones.

“You get to meet a lot of different people. Sometimes they’re like 60 years-old, sometimes they’re kids but it’s a great way to meet people that you wouldn’t normally come across,” she explains. It seems like a great source for storytelling.

Before adventuring in the intricacies of describing the deeper meaning of our art within each of us, the conversations began the same way, by sharing current projects and general updates on our work. So after the, somewhat, emotionally charged conversation, each coffee drinking sessions ended by sharing thoughts on the general practices of photographers nowadays.

In many types of photography, where a human being is the subject of the photograph, a connection is established. It is also a connection which needs to be nurtured throughout the duration of the collaboration. It can be achieved through a mutual opening up about each other’s feelings and stories. Photography is a form of visual storytelling. And for feelings to pierce through the stills, they need to be exchanged.

It has been proven during photoshoots, “I think I do a much better [job] when the people know me. It’s not math, it’s something deeper and that’s why it’s hard because it’s not only a click,” states Battentier.

It has been proven on social media when sharing opinions on Instagram stories, “every time I post something personal, people will message me back and tell me something about that and just started talking about it,” says Pak.

But photographers also decide how their work will be shared. Nowadays, the sharing is mostly done online. A way to present their work could be by establishing a purpose behind each platform used. 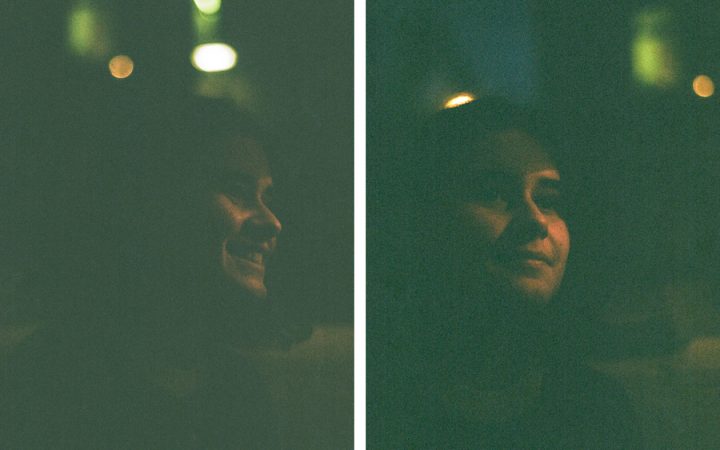 “I was really trying to start to think about how to present my work and what work I would even want to show for a website. So for me, it was always, what is this platform bringing me as a goal, like photography? Like what do I want to gain from it,” explains Amalia. Her website features the variety of her freelance projects which is mostly used for finding more opportunities. Navarro’s use of social media shows a more casual and personal side to her photography.

“I think people are touched by your work if you share a bit of yourself. And again, it’s an art. It’s like music, I love to see the music video or people on stage because it brings so much more. It’s not only something you listen,” Battentier tells me. Her work and personal story aren’t separated and adapted for each online platforms simply since they inspire one another.

Coined in 1839 by Sir John Herschel, the word photography translated from Greek means to ‘draw with light’. Mélody Battentier, Caro Pak and Amalia Navarro draw with light every day, whether it is natural or artificial. But learning, adapting and discovering new methods to share their passion for the medium is also part of the process of drawing with light.

While they are away and capturing life one camera click at a time, a differentiation needs to be acknowledged. The way to do that? Trust your feelings.

Amalia is quite clear: “People do go towards an amazing image. And they’re kind of taken by it. They’re not confused, they’re just amazed almost. That feeling of amazement, I think makes a good photograph. It’s part of it.”