Santa Fe: The other side of Mexico 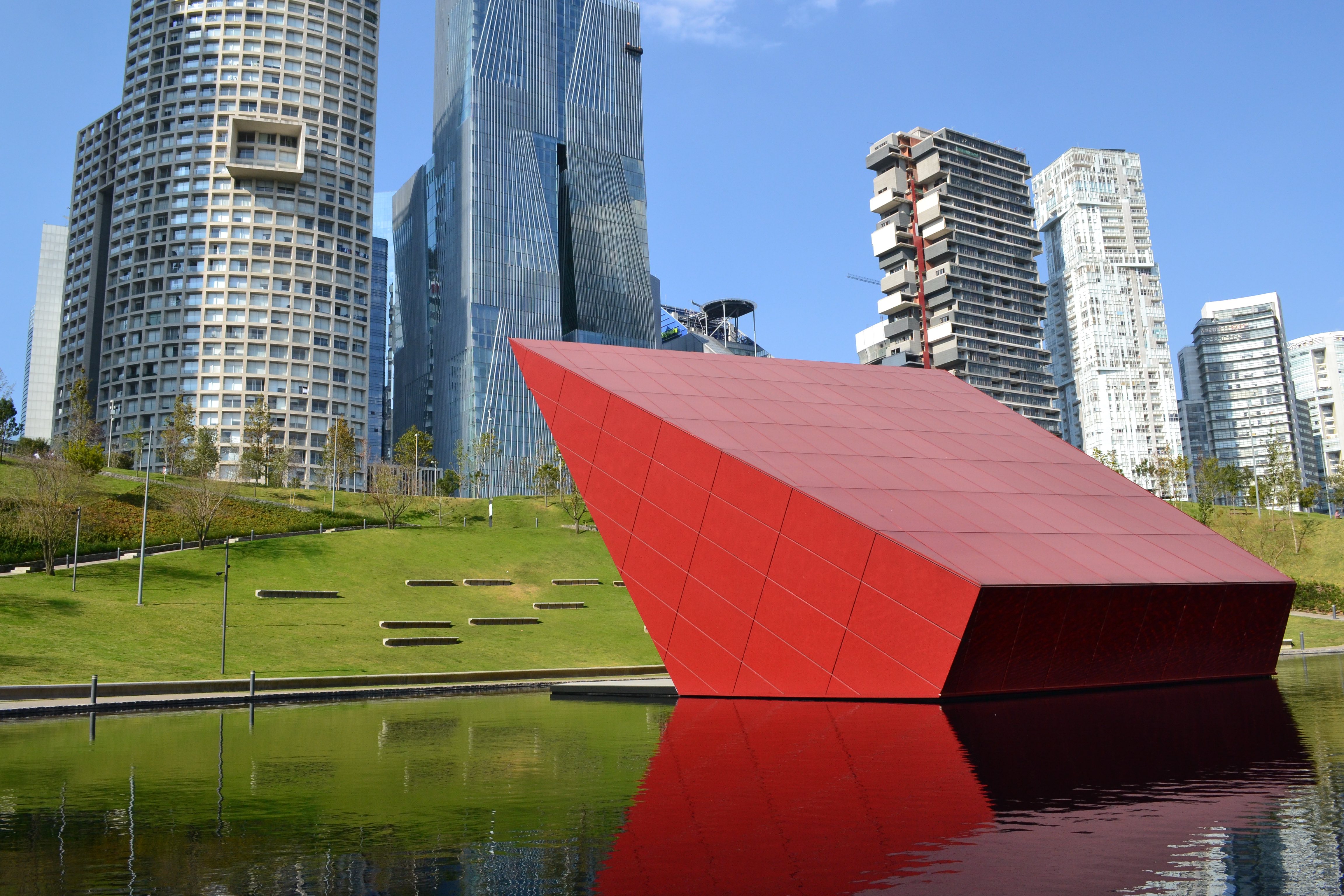 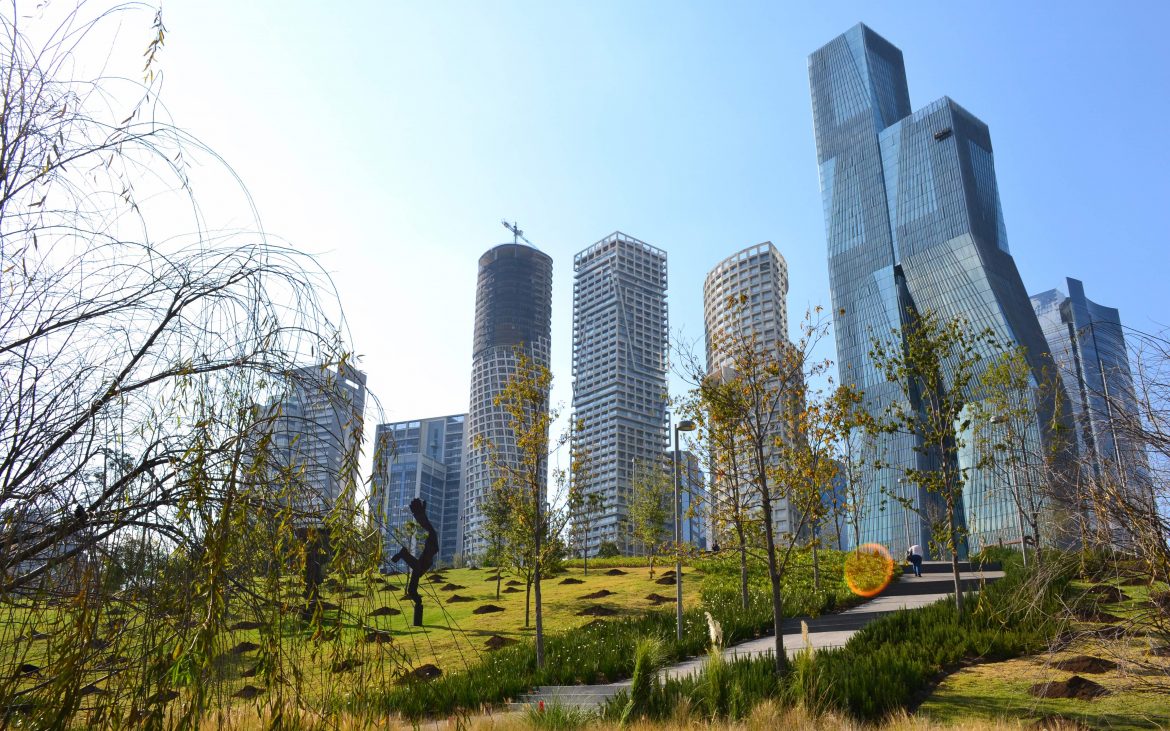 But here in this South-Western suburb, life seems almost untouched by these dangers. 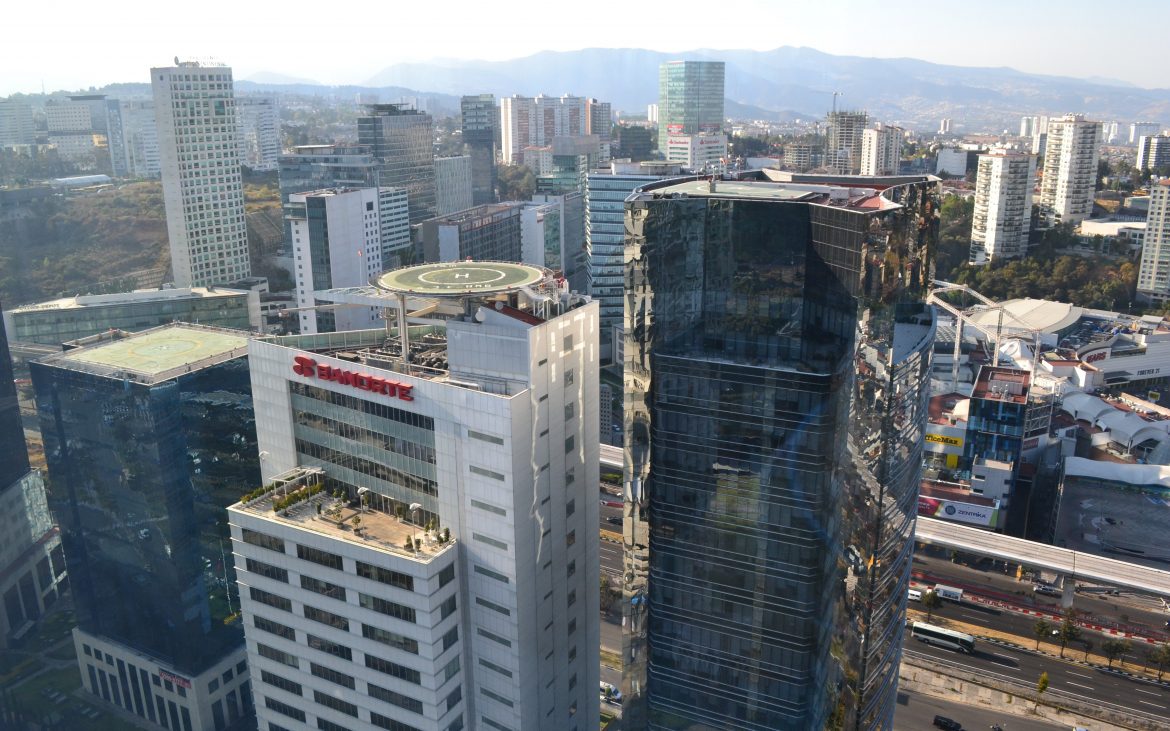 As I’m sat within the westernised bubble of Santa Fe beneath the 4:00pm sun, a sharp whistle of a distant traffic warden and regular skyward rumble of an aeroplane passing punctuate the otherwise still air. A tone of sunburnt green spreads as far as the eye can see, interrupted by mirrored million dollar structures which grow skyward like trees from an avant-garde universe, reflecting the blinding sunlight beautifully across Mexicana park.

The name seems quite ill-fitting as this park feels more likely to be San Diego than Santa Fe. A maze of walkways meanders through the park, and circle around artificial aqua blue water features. Each lined with high-end restaurants and perused by designer dogs wearing similarly designer jackets, in 25-degree heat. I question if these jackets are a practicality or some strange form of further asserting status. 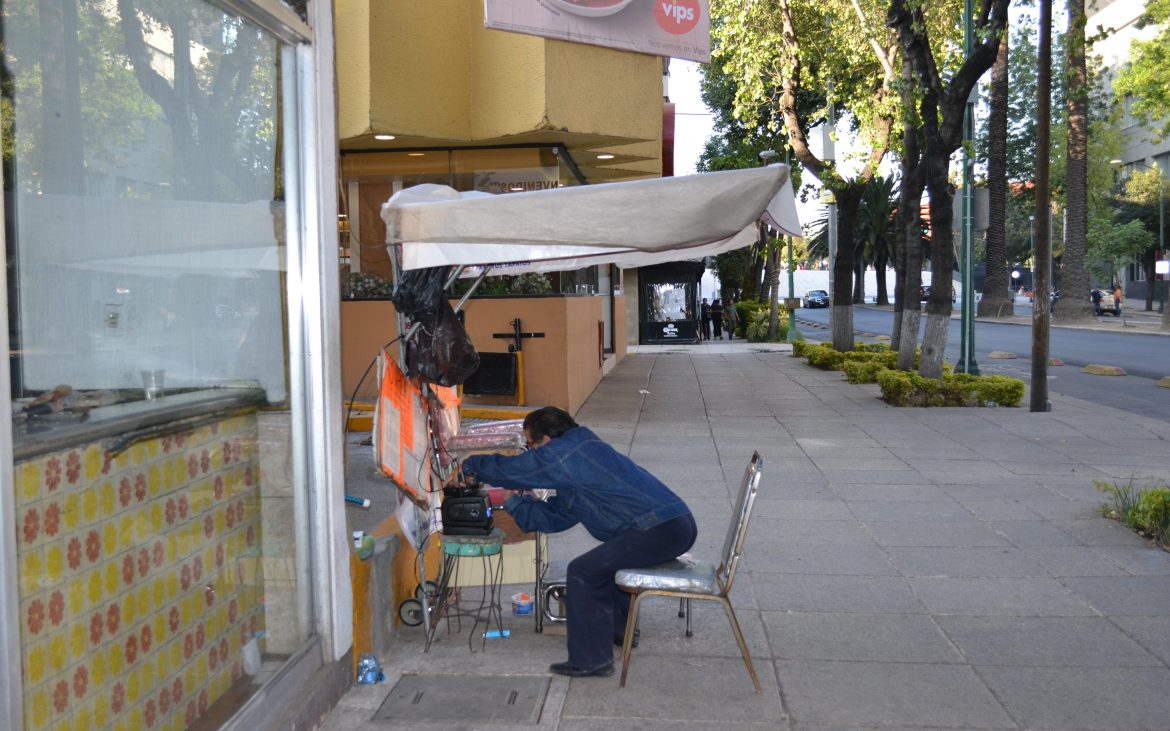 A man dressed in double denim and scuffed black cowboy boots adjusts his age-old TV as he waits to
polish shoes, a pristine looking business-man takes a seat on the raised chair and points to his brogues while a Spanish mutter escapes from beneath his thick moustache and a cigarette hangs from his mouth.


The scene illustrates Santa Fe perfectly, the binary opposition of the traditional roots against sleek business futuristic architecture. Mexican culture seems to escape through the cracks no matter how many skyscrapers and malls are built. It is these little glints that give away the un-concealable colour of Mexican culture.

That being said the vivid colours that seem to find themselves painted over each and every inch of surface in all other areas of Mexico City are few and far between in Santa Fe. Small concrete painted structures adorned with Saint Guadalupe and various Coca Cola signs are swapped for iridescent blue modern glass and clean white concrete. It’s easy to see how Santa Fe has earned the name of the skyscraper district.

The district sits on an old sand mine which supplied Mexico City with materials for its development in the 20th century, these humble roots seem a far cry from the areas cutting edge architecture, home to some of the most influential developments in the city.

The largest mall in Latin America is situated in the centre named, Centro Santa Fe with more than 500 stores and spreading across six floors. As well as one of the most iconic buildings in the city, Torre Arcos Bosques, often referred to as ‘the pants’ because it resembles a pair of legs, it was at one point was one of the tallest buildings in Mexico and the first intelligent building in Latin America. 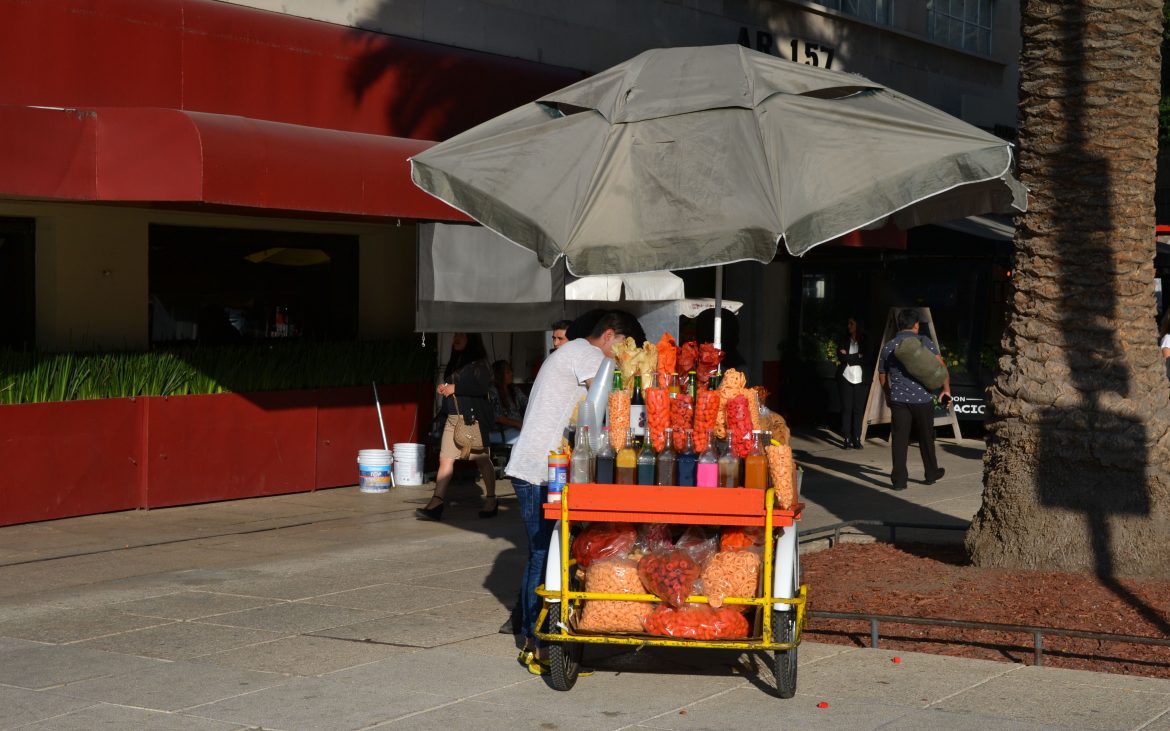 Food is maybe what Mexico is best known for. But here the flavours are is incomparably distant from the distinct spiced Aztec dishes that are more typical of the centro-historico. In that the palette here is perhaps more international, high-end sushi restaurants are in abundance as are fine Mexican restaurants an evolution of the typical ‘taquerilla’ which re-create the typical greasy road-side snacks.

But the colour and spice of Mexican culture stand firmly adorning every street corner in the form of papas stands. Selling almost-aluminous looking corn-based fried snacks, loaded in every assortment of salsa imaginable. These are often topped with gummy bears, peanuts, jicama and cureitos (pickled pork rinds) to create ‘dorilocos’ which translates to crazy Doritos, these are something of speciality here and can be considered as Mexico’s addition to the street food world.

Supplied with dorilocos, I step into the elevator of my apartment building, with 60-stories, the temptation to press each button is somewhat overwhelming. From 60-floors skyward the designer dogs are merely specks and Mexicana park looks miniature in comparison to the hills that spread southward of Mexico City.

Collections of concrete houses cover the entirety of the mountains with a blanket of colour, the mountain tops that protude are Sierra de las Cruces. A collection of mountains which separate Mexico City from the state of Mexico and are a popular walking destination among locals.

Thinking back to my plane’s decent into this urban sprawl, it confirmed everything I had expected of once the worlds largest city, a bursting metropolis, overpopulated and vast. A collection of moving streams of warm lights crossed and meandered over the darkness emitted by the 10pm sky.

What almost looked like lava moving and flowing through the city, as I got closer I realised that these streams of yellow lights were thousands and thousands of cars, some at a standstill, others moving slowly. Living within this urban sprawl for two-weeks has enabled me to see that within these masses and crowds, is a city vivid in colour and equally saturated in culture.

Santa Fe represents another shade within this colourful culture; a futuristic self-contained city, elevated in the mountains, with more swimming pools and helicopter pads than imaginable. It showcases the best of Mexican business, innovation, and architecture, altering the rhetoric and presenting Mexico as more than a violent cartel-land.