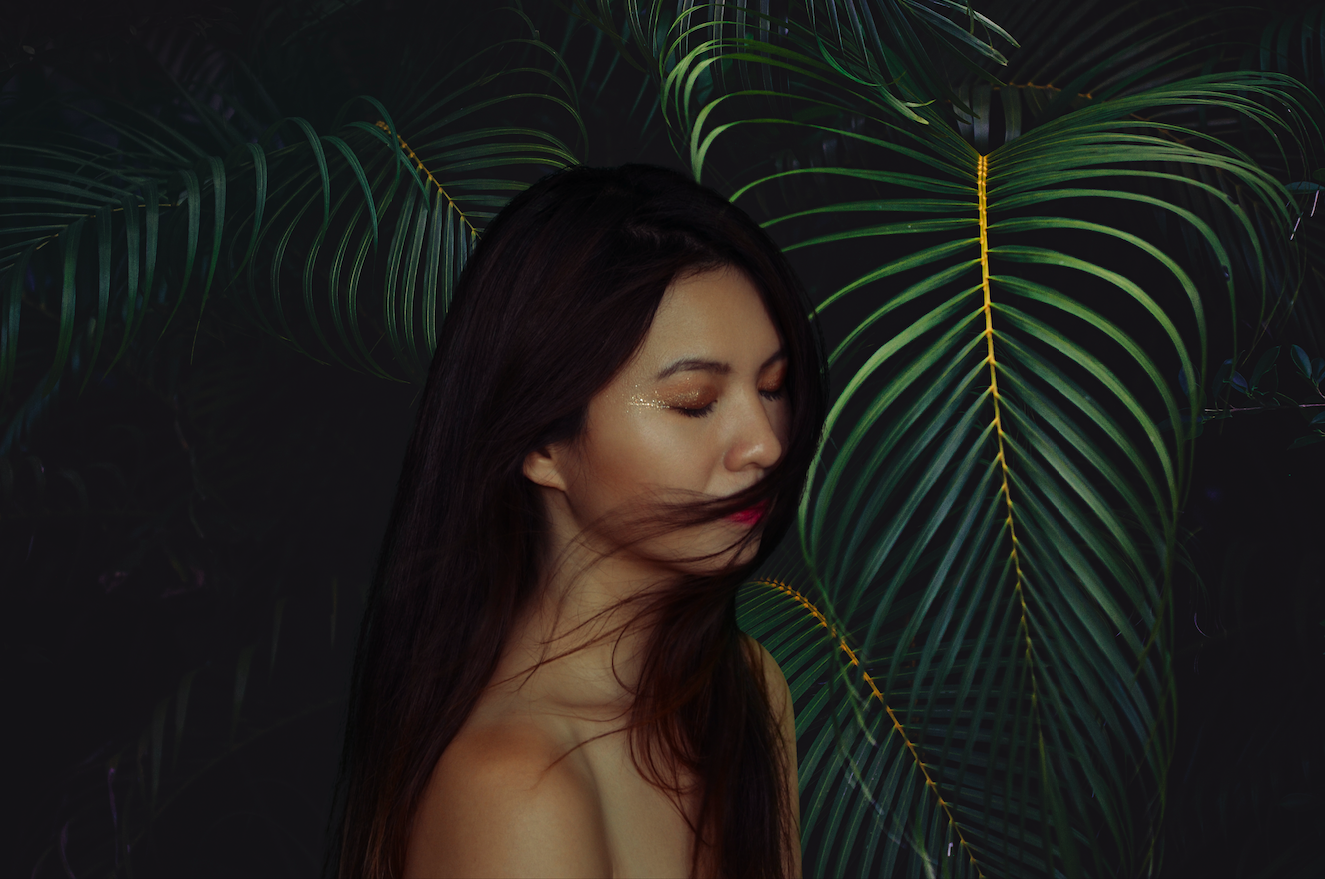 When you look at a photograph and try to remember how it felt to be there, all you can see is the pretty picture. But when you listen to a sound or a piece of music, it evokes emotion, you may either hate or love it, but the sentiment is still there. You can remember how it felt, where you were, and the people associated with it; these emotions make the composition what it is.

To some, classical music exists as an elegantly formed piece of art, made to evoke emotions and sensory experience, and is performed for an audience in a formal setting.

Belle Chen, an Australian Taiwanese pianist currently living in London, has been breaking the traditions and conformities of classical music. Belle has created a path for herself by telling stories through her pieces by mixing found sounds and electronic production to support the main actor in the story – the music itself.

Belle met with Artefact, to find out more about her busy life – with February marking the launch of her latest album Departure, one can only imagine the tight schedule she is working on. On a dim Saturday morning, sat in a corner just by the window on a very dark and wet day in London, Belle and I found ourselves hidden amongst brunch dates and meetings in a coffee shop in Baker Street. 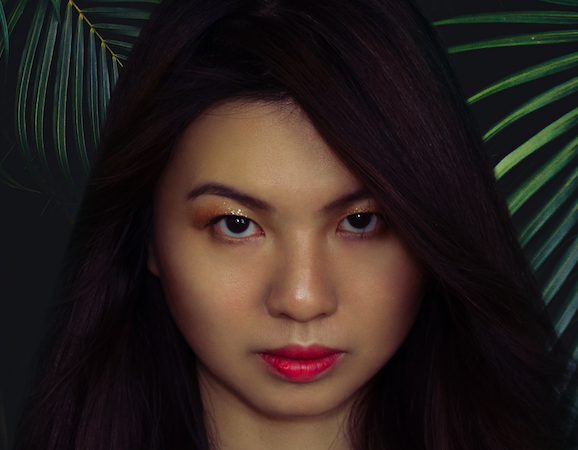 Departure is an album strongly built on curiosity, discovery, and freedom; freedom from the genre and from the limitations of conventional piano playing. This journey introduces an expanded sonic palette. The album is about transporting the listener through different adventures and experiences via different sound-worlds.

“I started learning the piano when I was five, and at that time it was a typical thing to do. I had a mother who was very active in my success and lessons. As I grew up, I participated in many competitions – national and international ones. So, I guess you can say I have had quite a traditional career before coming to London,” says Belle.

Tired and continuously frustrated by the repertoire she was playing: “I just felt like an actor, acting out other people’s stories. I just wanted to break out and do something which was my own, and so at that time I started to work with sound.”

From the moment she stepped off the plane at Heathrow Airport, she was exposed to many different stimuli that you wouldn’t hear anywhere else in the world – unique to the multicultural and ever-bustling scene that is London. This inspired her to break away from playing traditional pieces and to start creating her own soundscapes.

Having had mixed opinions, though more being good than bad, it is fascinating to see the way that the music industry has accepted Belles music.  She has won several awards such as the Classical Rising Star Award at London Music Awards 2015 and been handpicked by renowned producer Brian Eno as ‘one to watch.’

Belle also has a growing fan base who she feels are “supporting her not so much because of the musical style she plays, but more so because of curiosity, to see what she comes up with next.” So where did she start?

“I just felt like an actor, acting out other people’s stories. I just wanted to break out and do something which was my own, and so at that time I started to work with sound.”

During Belle’s last year of university, and with a budget of only a hundred pounds, she self-produced her final major project called Listen, London.

“I started working on a few recordings, improvising with sound, but knew I needed to learn so much more. I snuck into a technology class to learn the basics of how to mix and produce, and eventually, the lecturer realised what I was doing and agreed to help me. Once I had produced a finished product, I roamed the streets of London and went into as many music shops as I could,” Belle recalls.

“I remember I went into this one specialist record shop, one of the guys who worked there also worked at a radio station, so he played my album, ‘Listen, London’ right in front of me to evaluate it. And, he was utterly confused. He said it sounded as if it was recorded in a car park.  Sometimes people don’t know what I’m doing, but you can’t deny that what I am doing is out of my love for the piano and music itself,” she told us.

“The audience, have the power to make it what they want.”

Listen, London was the same work which Brian Eno acknowledged and praised Belle for. Eno is a highly successful producer in the industry and has created some pioneering work.

“I did this as a Masters project; I channelled so much of myself into it, my love and passion for music are what resonates at the heart of it. For someone at that level to recognise me and say this is art, it gave me the encouragement I needed and opened many doors for me,” explains Belle.

For Belle, the audience plays a significant role: “It is up to them, the audience, to understand the piece, and they have the power in making it what they want. It is something that I don’t want to control. Everyone has different experiences so what one object may mean to me, the same meaning doesn’t necessarily apply to another.”

The inspiration for Belle’s music comes from her life’s experiences, from her youth in Taiwan to her more recent travels. Her music is experience-based, and this resonates in the titles of each composition she has produced.

“A lot of the times when you go travelling its more about the experiences you have and how you feel at the time rather than what you see, experiences that come from conversations, meeting new people, or trying new food,” explains Belle.

Shui (Water) is one of the tracks on the latest album. “I associate this composition with the time where I was living in Taiwan, and my late father used to visit a monk retreat at the top of a mountain, and it was super isolated, a completely random location, but it was where he would go and meditate. I used to go up with him and heard streams as I would walk up and down the mountain,” Belle tells us.

These memories of the sound of water are what inspired Belle to compose Shui. But some people may have had different experiences, emotional or traumatic experiences – perhaps they’ve had an accident involving water, or some may have had very happy memories like being proposed to on the bank of a river. ”That is something that I don’t want to control. The audience plays a role in making it what they want – it is out of my hands,”  she explains.

“I got into a debate with a man one night after I had performed Shui; he was somebody I would describe as a more traditional classical music fan. He said to me, ‘Belle, you talk great things about what each piece means. For instance, you say one is water flowing down the stream, but I don’t hear that.’ And my response to that was ‘It is OK because everyone has different memories, everyone has different experiences.’

“My own experience is just a starting point as to how I write the piece, and it is up to the listener to interpret it. The flow of water is the setting, while the sentiment and the core emotion I have tried to evoke with the composition is open to interpretation.” she says.

“The core emotion I have tried to evoke with the composition is open to interpretation.”

For centuries now there has been a stigma associated with classical music and the correct way you should listen to it. Belle explains how there is a new way in which classically trained musicians globally want to break the mould and do something different to attract new audiences.

Musicians are cutting away from the concert halls and typical settings for classical music, moving their works into club nights which you see at the Yellow Lounge in Berlin, and NonClassical nights, something which is relatively new to London. So go on and take a listen, London.