The art of henna

Henna, or Mehndi, is a reddish-brown powder made from the crushed leaves of the Lawsonia Inermis plant. Its earliest use has been traced back to the ancient Pharaohs of Egypt. Cleopatra is thought to have used the paste to decorate her skin. The dark mud-like product has been in use for thousands of years in Africa, the Middle East, and South Asia.

Little scholarly research has been done into the subject of the history of henna, perhaps due to the fact that it is difficult to accurately pinpoint its exact origins.

Catherine Cartwright-Jones is one of the few academics who has dedicated 25 years to studying henna with a masters degree, a PhD, and a website full of essays. In 2006, Cartwright-Jones published Developing Guidelines on Henna: A Geographical Approach to address the “lack of a systematic study” of henna. 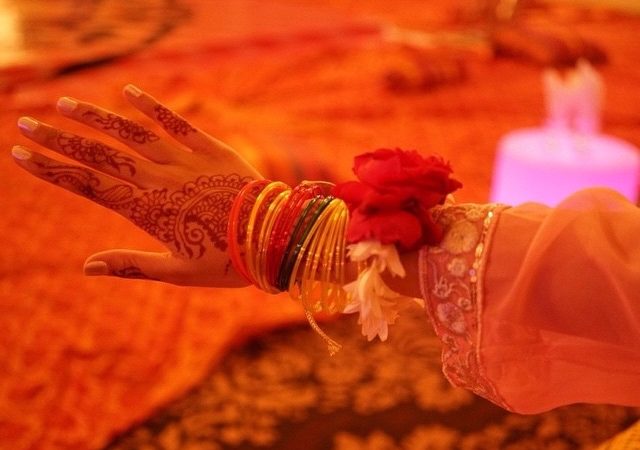 Today henna is widely known for its use at South Asian weddings. There are many superstitions associated with the paste: the darker the colour, the better relationship will be and the designs are seen as symbols of prosperity, love, loyalty, fertility and good luck.

Brides are adorned in the dark orange dye all over their hands and feet the night before their wedding. The process is a ritual itself and friends and family come together to celebrate this with an evening of applying henna and dancing while the bride prepares for her marriage.

Henna is typically associated with beauty, from temporary body tattoos to dying hair, to treating nails and hair loss. Cartwright-Jones finds that henna’s use for beautification is its “most trivial” purpose.

Its uses can also be medicinal, commonly used to treat skin problem like ringworm and athletes foot. It is also a cooling agent and can be applied to the head to soothe headaches, reduce stress and heat. Henna is used topically and not ingested or inhaled. Other reported usages include treating: stomach pains, burns and sunburns, wounds, even curing and decorating leather.

The dangers of henna

A quick google search of ‘black henna’ will display results of beautiful henna designs and if you scroll a bit further: many headlines of articles citing the dangers of it, such as “my holiday henna scarred me for life” and some rather disturbing images of swollen and burnt hands. Not everyone is affected by it, but signs of a bad reaction include burning or tingling, swelling, redness, blistering of the skin, and even permanent scarring.

“Revolutionise the way henna is seen, because it’s not a typically respected art or career”
– Pavan Dhanjal

Black henna or Para-phenylenediamine (PPD) doesn’t need the same amount of time as real henna to develop and has a similar appearance to a needle tattoo. However, the henna plant is incapable of producing a black paste and many artists caution against its use, which is still prevalent due to its cheapness and efficiency.

UK-based Henna artist Monique Powell says “that there is actually no such thing as ‘black henna’ because natural henna will never go that dark on your skin, it usually goes orange to a brown-maroon colour.”

The NHS also warns against its use, even though it is “legally used in permanent hair dyes where clear instructions are given, and where the maximum level is controlled by law,” says Dr Chris Flower, director general of the Cosmetic, Toiletry and Perfumery Association.

Some artists, such as Monique and Pavan, use Jagua henna – an extract of the Genipa Americana fruit from South America as a safer alternative to deliver a similar result without the risk of injury.

Jagua body art was invented by Caribbean tribes and indigenous people of the Amazon but is still used in the same way as henna for medicinal purposes and to beautify the skin; in addition, it can be used to create permanent tattoos by inserting it underneath the skin. 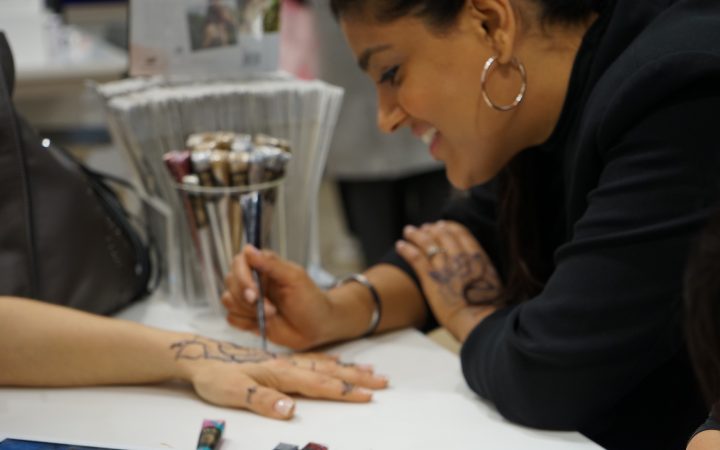 Artefact spoke to Pavan Dhanjal, founder and creator of The Henna Bar in Selfridges. Born in East London, she developed an interest after seeing it being done at a family wedding and “didn’t like the way the artist was doing the henna”. Pavan began picking up a cone – a tube of henna used to draw designs, and just practised on friends and family.

While at university, she continued practising and began doing henna for brides. In 2012, Dhanjal completed 512 unique armbands in an hour, a Guinness World record. Soon after she was asked to open her now global henna bar in London.

Since then, her clientele has included celebrities such as Ellie Goulding and Perrie Edwards and just last year Pavan was awarded a British Empire Medal for Services to beauty. Pavan is also the author of Part-Time Ink, a guide to creating modern henna designs at home.

Artefact met with Pavan at her busy pop-up bar in Oxford Circus to talk about the henna industry, between her chaotic schedule from a meeting with Clinique and her clients. Even as CEO of her brand, she still manages to find time to do henna and finds it “therapeutic”.

Her demographic is typically South Asian and Arab women, however, due to her location and influence her clients and her hired artists come from all over. The busiest season is summer, and of course holidays such as Christmas, Eid, and Diwali. Her clientele is not limited to one gender either, the most interesting request she has ever had was from a man who requested a panther on his thigh.

Her ultimate aim with the henna bar is to “revolutionise the way henna is seen, because it’s not a typically respected art or career” and Pavan wants to turn that narrative around. The Henna Bar has plans to expand further with outlets across London and the UK as well as Dubai, New York, Milan and Paris. 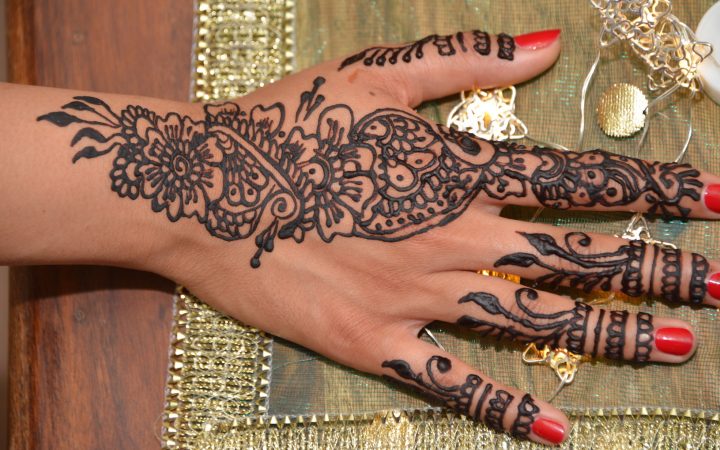 There are many styles of decorative henna depending on the region it is being used in, varying from traditional floral to modern geometrical designs. The influence of social media, especially Instagram, has allowed the niche art of henna artistry to flourish.

Monique Powell and Sarara are both henna artists who use Instagram to promote their work. Monique who goes by the moniker ‘moniajayhenna’ received her first henna cone when she was 12, “but had no idea what the little thing was capable of doing”. She started following henna pages on Instagram and Pinterest for inspiration. Even though she wouldn’t say she is good at drawing, her advice for learning how to do henna is simply to “practice, practice, practice”.

Sarara, on the other hand, has always loved art and beauty, and “mehndi was a coupling of [her] love of art and giving that to others”. As a young girl, Sarara found herself as an outsider and even now, whilst going through a divorce she still navigates the “chaos by channelling [her] pain and emotion to remind [herself] of happier times”.

Through the Instagram community, both artists have grown, owing to their passion and dedication to their work. They are constantly inspired by other artists and Monique does it part-time as she is still studying at university while Sarara is more business-minded with 79,800 followers. Sarara finds that clients always want something fresh and unique, which requires her to tap into trends and her own ingenuity. 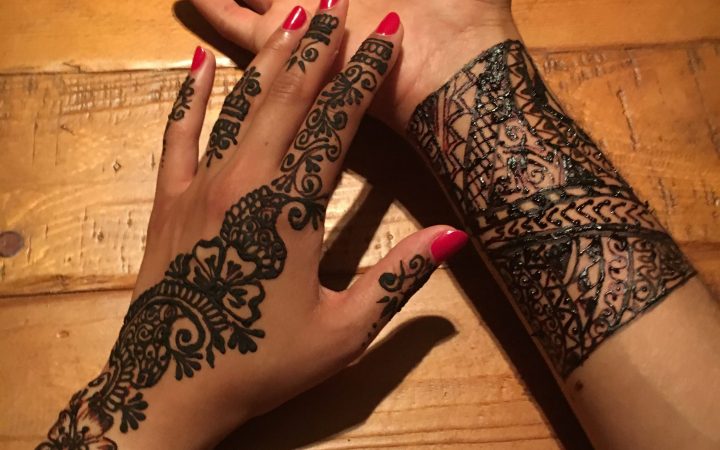 Henna can be worn by men and women [Maha Khan]

According to Catherine, “henna body art surged into the west following the 1998 release of Madonna’s music video “Frozen”, when the ‘Om’ patterns on her hands were viewed by millions of people who had never seen henna before.

Regardless of the true origins of its proliferation in the west, henna has found its place in the cultural appropriation versus appreciation debate. One of the biggest provokers of this are festivals, a busy season in the henna industry, due to celebrities like Vanessa Hudgens making it a popular trend.

Leila Ettachfini wrote a post in Broadly back in 2017 titled, “My Moroccan Mom Doesn’t Care About White People in Henna, But I Do” in which she outlines her thoughts as to why her “embarrassment towards henna only went away when [her] white friends acknowledged its beauty”. Leila explains the differences in opinions between people, like her mother, who don’t mind their culture being shared and don’t see it as political and her own experiences of feeling ashamed to wear it, until it was exulted by celebrities at festivals.

Artefact asked Sarara and Pavan on their thoughts. Sarara believes that the “more henna, the better” and she doesn’t’ want to restrict people and their enjoyment of something that “no one can really claim over”. However, Sarara isn’t sure if henna in the west will become “embedded into cultural norms or will evolve to become just a gimmick at themed parties.”

Pavan, echoes some of this optimism, having shared her designs with Paris and London fashion shows, saying that as long as it “being worn with pride” it is appreciation. Still, Leila feels that while she can accept other people opinions she will “never be excited to see a white girl in henna”.