We all have that one friend who has swiped right on Tinder more than they have had hot dinners.

Tinder is a dating app that matches users to other individuals based on geographic location. It works through a simple interface that allows users to swipe right to like or left to pass. If two users both like each other, it’s a match – and they are then able to chat through the app.

With more than 57 million Tinder users around the world in 190 countries, and 4.1 million paying subscribers, it is estimated that Tinder users go on one million dates per week. However, what precautions are in place to make sure that these dates are safe?

According to the Office for National Statistics (ONS), in the UK alone, the number of Tinder-related police reports has doubled in the last three years alone.

In an article in the Daily Mail, It is estimated that the police now receive more than 20 reports a week linked to Tinder, whereas in 2015, only eight reports a week were filed with a total of 442 reports a year. Figures highlight in 2018, the number has risen to an estimation of 1,087 Tinder-related reports a year.

The nature of the crimes have not been listed; previous research done in the past has found a third of crimes involving dating apps are sexual assaults and rapes.

There is also a worry of fraudsters, rapist, and murderers using the app and imposing as other people to pry for victims. It is otherwise known as cat-fishing.

Chloe Smith 25, used to be a regular Tinder dater, who has had more bad experiences than good. “I’ve met several guys from Tinder who on the app seem to be perfect, everything I am looking for until I meet them and they are not what they seem. From my experience of the app they all want to have sex and are very possessive and controlling,” she explains.

“It is horrifying because over the phone they look and act differently but when you meet them, it’s actually the complete opposite. In a way, when you look at it, you fall for whatever persona that person has created via the phone and not who they really are. The worst date I had was when this one guy said he was 6ft 5in and when we met he was smaller than me and looked nothing like his profile picture and was a complete creep,” she says.

“In a way, I felt violated because I had been lied to so many times and reality got distorted between these fake worlds and lies which I was manipulated to believe, but it was also a wake-up call for me to stop playing on apps like this because it can be really dangerous,” concludes Chloe.

In November 2018 Netflix released a true crime series called Dirty John, which is based on real-life events. John Meehan, the protagonist of the show, meets Debra on a dating app where he manipulates her into believing he was Mr Perfect and ended up being nothing but a liar and a psychopath. The show is a prime example of the unthinkable dangers surrounding internet dating. 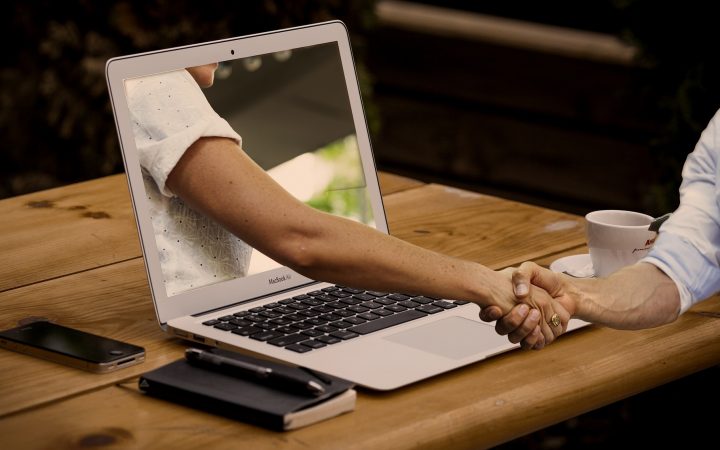 In an interview with The Guardian, Jeremy Wright, the secretary of state for digital, culture, media and sport, said: “I will be writing to these companies asking what measures they have in place to keep children safe from harm, including verifying their age. If I’m not satisfied with their response, I reserve the right to take further action.”

Freedom of information requests were sent to every police force in the UK. Many police forces did not respond to the request, meaning the true nature of Tinder related crimes has not been exposed yet, and this suggests the problem is likely to be even worse than expected.

So far it has been revealed that Devon and Cornwall have the most Tinder-related call-outs in the UK. With 86 reports filed in a year to December 10, 2018, it was estimated that this would have risen to 91 by the end of the year. Essex and the West Midlands were very close behind with 84 and 83 retrospectively.

The changing face of dating – and the associated risks – have prompted some innovative responses by police. Avon and Somerset’s police placed its own lonely hearts listing on Tinder in 2015 – using the name Bobby – to warn users to stay safe when meeting strangers.

A prime example of Tinder-related crimes in the UK is the case of Kris Lyndsay, a serial con-artist, from St Austell in Cornwall, who is now nearly at the end of a four-year sentence.

Lyndsay was convicted in 2016, for using Tinder to lure women. He would use the sob story of him having lost his wife and daughter in a car crash to win their trust and boast about his fictitious businesses. He managed to con his victims out of a quarter of million pounds.

In 2017, Jonathan Frame was jailed for 18 months following a similar scam. The 32 year-old from Swinton in Greater Manchester, would take control of his partners’ bank accounts to fund a lavish lifestyle. He admitted defrauding two women of just over £10,000.

Other data, released to The Sunday Times under Freedom of Information laws, revealed that there had been 60 further cases of child sexual offences via online dating services, including grooming, kidnapping, and violent sexual assault.

The youngest victim was said to be eight years old. The statistics come after teaching assistant, Anna Rowe, 44, revealed how she went to the police after being duped into an affair with a married father she met on Tinder.

After the release of these statistics, it is evident that more needs to be done actively by the authorities to protect Tinder users, especially with the high footfall of users that the app has.

It could be argued that the issue itself lies within the poor safety and security screening of the app where users should be appropriately verified to help prevent Tinder crimes, or maybe the problem itself lies with authorities for not having enough safety measures for such crimes.

Featured image by Tumisu via Pixabay