Teenage years are defined by puberty, long phone calls with your besties, annoying parents, messy rooms, much to less clothing, finding your identity, and, let’s be honest, sex.

Puberty is probably the only factor we get over with by the time we reach for our 20s, while the rest, well, is kind of an ongoing transit. Long phone calls do become a real habit. Believe it or not, the topics don’t really change. But circumstances do.

You can call your friend at 13 or 21 and start the conversation with “did you see what Brittany was wearing today?” However, while you were probably laying on your belly in bed flipping through a girly magazine at 13, at 21 the call is more likely to be part of a more elaborate multitasking session. Between folding your laundry and flipping through the books you checked out the library to meet your deadlines, the speaker call fades as a soundtrack to your afternoon.

It’s the same with annoying parents who would go from asking you “where do you think you are going at this hour?” to “where do you think your life is going at this age?” From the messy rooms, we had time to clean but didn’t before, to the ones we want to clean now but can’t spend the time to. And don’t get me started on finding our identities. We surely don’t get over that until later on in life, if we ever do.

It seemed all about touch, and feelings, and connection until it didn’t.

But what about sex and first times and boyfriends, and girlfriends, and experiences? During my teenage years, every book I read, every movie I watched and every conversation I had on my five minute break between Maths and History classes would eventually end up falling into a sexual context.

It created an idea in my mind that you’ll have to be in love to have intercourse. It seemed all about touch, and feelings, and connection until it didn’t. The more I grew up, the more I realised sex could be whatever I wanted it to be: pleasure, opportunity, experience, stress relief, love, business trade. So when I’ve heard that many and many more girls prefer losing their virginity with a stranger in exchange for money, I wasn’t surprised.

It has become a trend for young women to auction their virginity online in recent years. Prices can go as low as a couple of hundred pounds or as high as a couple of million. Some are Christians, others are not. Some thought they would save themselves for marriage and changed their minds eventually, and others really needed the cash.

Arriving at your 20s challenged by peer pressure, you ask yourself a few things. As Mary Vogt describes it in an article called Saving Myself for Marriage for online magazine Killer And A Sweet Thang about sexual health, pleasure and identity, “much of my generation has felt pressured to lose their virginity, and lose it early. Seemingly, everyone around them has. They feel as though it is an achievement they must reach, like a level in a video game.”

Statistically, if you didn’t have sex in your teen years, you’re in the minority. According to research conducted by the Kinsey Institute at California State University, “inherited traits, such as impulsivity and other genetics factors in general, can make a person more or less willing to have sex at an earlier age. The average male loses his virginity at age 16.9; females average [is] slightly older, at 17.4.”

The more I grew up, the more I realised sex could be whatever I wanted it to be: pleasure, opportunity, experience, stress relief, love, business trade.

Many of these cases are well-thought out business trades, aimed at following dreams and helping significant others. In the period of a few minutes, you could change your life completely. So with this in mind, does selling your virginity make you a determined opportunist or a one-time sex worker?

Artefact talked to sex therapist at the College of Sexual and Relationship Therapists (COSRT), Caroline Lovett, to understand the core behind such decision.

“When we [decide to] sell a sexual experience of any form, this can change the relationship [we] have with our sexual identity. However, if one can see that as something they can separate from, and, [in this case] see it as a simple cash transaction, that may impact them less; even if, from my experience, I would suspect that there can no impact at all. It is a quite difficult thing to [get through],” she told us.

“Most people don’t start to truly identify with their authentic sexual selves until they reach about 30 years-old,” continues Lovett. “Our early sexual experiences affect how we see ourselves as sexual beings”.

What we experience during adolescence and further on is an on-going change. We get to discover what we like, what triggers us, and we have more than a decade of practice, according to statistics, to figure out our sexual identity.

So can the decision of selling your virginity be seen as just a phase? Are these girls seeking power over their bodies, and eventually, their future because of a period of an experiment?

Lovett seems to believe that “these decisions appear to be made at a time of sexual immaturity. It takes a certain level of maturity to be aware of all outside influences and how they impact us, to arrive at something that feels ‘okay’ for us. This is important to acknowledge, as decisions that are made that are later regretted, can play into a shame model.”

However, looking at public cases, it seems that all girls were going through with such decision feel to have accomplished what others maybe couldn’t: have full control upon their own body and get a huge cash prize in return. It definitely looks like a double win put it this way. 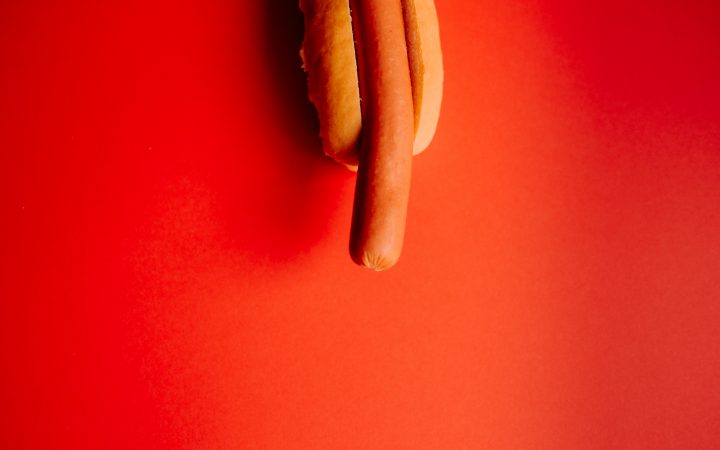 The phenomenon became a huge hit when it was believed that the Romanian model Aleexandra Kefren auctioned off her virginity to a wealthy Hong Kong businessman last year. The 18 year-old girl appeared on ITV’s This Morning a year beforehand to announce that she intended to sell her virginity to the highest bid, which turned out to be $2.5 million.

Using the service of Cinderella Escorts, she said to be planning on buying her parents a house and enrol at England’s prestigious Oxford University to study business and marketing – even if there is no record of her acceptance at the university, neither then or now. The site is highly successful at hosting virginity auctions as well as offering escort services, which according to Heavy.com, news and popular-culture website based in New York City, the service takes 20% of each transaction.

However, the trade seems to have been just a publicity stunt to attract young women into sex work. On Aleexandra’s Instagram page, a post from May 2017 appears to suggest she got married a little over a month after Cinderella Escorts announced she had hold sold her virginity. Jan Zakobielski, founder of the website, also did confirm that Aleexandra never met the unnamed businessman from Hong Kong.

It seems to have worked. The trend has been followed by many, such as a 19 year-old American model known only as Giselle. Also using Cinderella Escorts, she described the experience as an “emancipation” and “a dream come true”. With financial freedom, she has managed to buy a house and travel the world. This is the highest sale made by Cinderella Escorts so far. With a profit of $2.8 million, Giselle’s virginity was sold to a businessman from Abu Dhabi.

Jasmine, a 20 year-old from Paris, France, is another public case. Coming from a religious Christian family, she intended to save herself for marriage until she discovered the same website. She opted for the option of trading her first to cover family expenses, travel the world and start her own company.

In an interview, Jasmine said: “Most [girls] would just give their virginity to a man who could break up with them later on [and the other might] find the right person from the beginning and one day will marry him. They should not lose their chance for that romantic love story” even if she chose a different path.

Artefact also talked to the 19 year-old virgin, Chanel Noye, on the matter. As a devoted Christian, willing to save herself for marriage, Noye’s point of view goes beyond religious beliefs and reasoning. It shows off principles.

“No matter what anyone says,” she explains, “the true meaning of sex is a deeper, more intimate connection with someone. Whether you like it or not, it leaves a mark on you, which could be positive or negative.

“Sleeping with someone for profit may seem like an easy, harmless way of things, but the mark [could also be] negative and damaging, Whether your reasoning is to improve your daily living, coming from a poor, uneducated background with no support, there’s always another way to make a living.

“There are always two pathways. People tend to decide the pathway impulsively sometimes, but they don’t think about what they will meet along the way and the consequences. In my opinion, someone has a deep root they are running from to make this sort of decision. Poor value in themselves and life, with no hope or vision,” she concludes.

“There are always two pathways. People tend to decide the pathway impulsively sometimes, but they don’t think about what they will meet along the way and the consequences”
– Chanel Noye

However, as easy as it may seem, selling your virginity online is not that straightforward. There is a tough industry out there, and it can get quite competitive. Cinderella Escorts, for one, has a long waiting list. According to Jasmine, it is a long process to be accepted, and even longer to find the right buyer.

Heavy.com reported that “Cinderella Escorts is considered to be one of the safest sites to deal with, as they do thorough background checks on their clients in order to protect the women featured on the site. Additionally, a deposit is required before the actual meeting takes place, to ensure that the escort is not cheated out of her money. Cinderella also requires its escorts to undergo several medical exams, and if they are virgins, they are required to have a letter from a doctor attesting to such.”

What seemed to be a privilege years ago, it can be a burden for people nowadays. In the era of Tinder’s casual sex and dating, occasional hook-ups in bars on Saturday nights and the trend of uncommitted relationships, being in your 20s and still, a virgin can be kind of a bummer.

Maybe that is also why many girls seek a more profitable connection lately. “Boys do not want to risk me getting attached afterwards,” continues Mary Vogt in her article.

“Which, does happen very easily for me. The rejection has been hard. It makes me feel as though that is the only thing they are after. That if they were to take my virginity, they would scurry away once they got what they wanted. I want to share that moment with someone who I care about, and I know for a fact those feelings are reciprocated. That person may be a boyfriend or a total babe you swiped right on.”

Regardless of whom that person might be, or where it will happen and for what reason, first times are there to be remembered. They can be a scarring or a wonderful experience, at the right time or not, and yet, nothing can change the fact that they will mark your sexuality one way or another.

So being able to have control over your own decisions, whether that might include some sort of payment or a cuddle afterwards, is the most important factor of all.