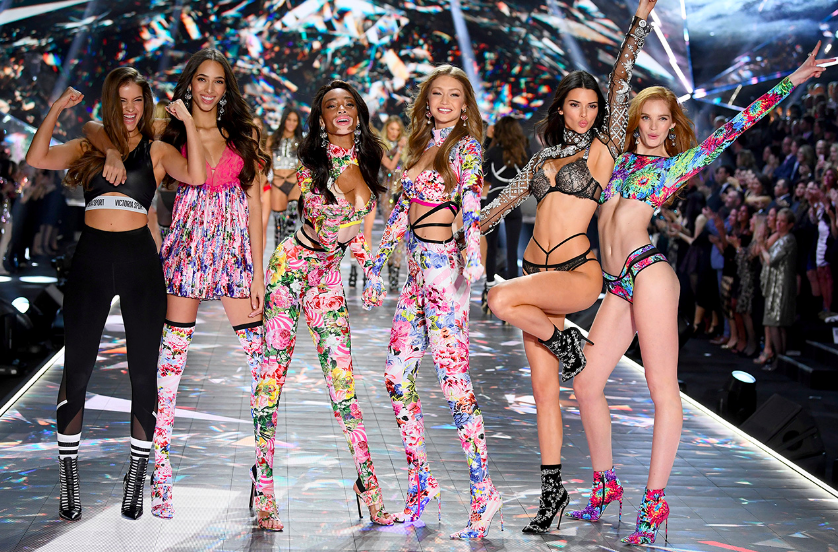 Victoria’s Secret once dominated the Western lingerie industry. With a name synonymous with glamour, seduction and luxury, the brand has done little to change its image in the decades since it was founded in 1977.

However, this has come at a cost. With a decline in sales and the closure of stores throughout the US, why is the brand suddenly falling from grace after being a powerhouse of the apparel industry for so long?

Conceptualised to fill a gap in the retail market, Victoria’s Secret was designed to appeal and cater to men in an effort to make them feel more comfortable when purchasing lingerie. As a by-product of this concept, the brand began selling the male fantasy of a hyper-sexualised woman rather than products for a woman to make herself feel sexy.

In 1982, it gained a new owner, and a shift in the target audience dramatically grew the brand. Hitch-hiking on the back of the sexual revolution, Victoria’s Secret began marketing their brand towards women who felt sexually liberated rather than men of the Mad Men era.

The brand saw a complete redesign of its stores as well as its merchandise. Leaving behind the dark Victorian era inspired shops, the new CEO, Leslie Wexner, went with a softer, more feminine, boudoir-like, presentation. “At one stage, Victoria’s Secret had a very fresh, new perspective,” Jeetendr Sehdev, Professor of Marketing at the University of Southern California told Business Insider. Women openly buying sexy lingerie on such a massive scale had never been seen before the redesign of Victoria’s Secret. 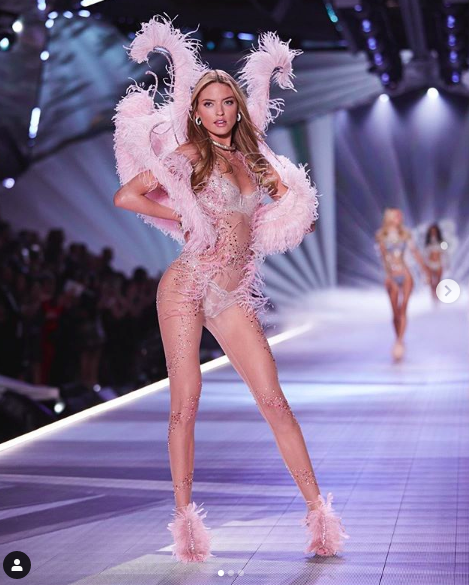 Beyond the rebranding of the 1980s, very little has changed in the decades that followed. And for a while, this worked. They grew their market through the introduction of Pink which catered to a younger, college-age audience as well as going on to televise Victoria’s Secret fashion show.

Models including Kendall Jenner, Tyra Banks and Gisele Bündchen all embodied Victoria’s Secret image as they strutted down the runway. Legs that go on for days, ever-widening thigh gaps and boobs that defy gravity; the VS Angel’s hyper-sexy image has not changed in all the 20 years of the show.

The diets that Angel’s underwent in preparation for the shows were once the in thing to research and replicate. However, the ever-changing landscape of the lingerie industry seems to be leaving Victoria’s Secret and its Angels behind. 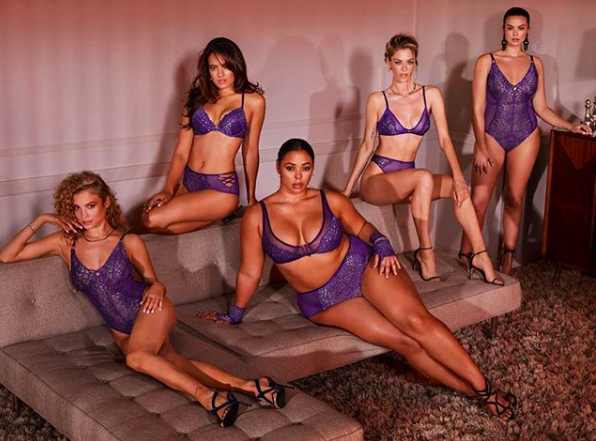 An example of the size inclusive promotional material by Savage X Fenty [Instagram:@savagexfenty]

With health, body positivity and inclusivity gradually becoming important topics within pop culture, as well as lingerie marketing, Angels are becoming less representative of what consumers want to see. Brands such as Rihanna’s Savage X Fenty have been praised for jumpstarting the change in norms surrounding apparel advertising by making it more diverse.

Plus-size models, women of colour, people with disabilities, as well as gender non conforming models, are on the rise in the efforts to make consumers feel more comfortable in their own skin. American Eagle’s underwear brand Aerie actually reported a huge 9% rise in sales once they stopped airbrushing their promotional material according to Business Insider.

In contrast to the self-love direction that other brands are taking, some of Victoria’s Secrets’ previous Angels have spoken out about their difficult time while working with the brand. Both models told a similar story of intense exercise regimes and strict diets. Speaking to Motto, Erin Heatherton revealed that she was under a lot of pressure to lose weight while with the lingerie brand. “My last two Victoria’s Secret shows, I was told I had to lose weight. I was really depressed because I was working so hard and I felt my body was resisting me.”

Bridget Malcolm, another former Victoria’s Secret Angel also shared her experiences in her blog. Apologising for her past posts and lifestyle advice during her time with Victoria’s Secret, she wrote that “I now know that I was completely in the depths of body dysmorphia and it really worries me that I was not a positive role model out there”.

These are two of many former models who have spoken out about their time with the apparel brand. Beat estimates that there are 1.25 million people in the UK with an eating disorder and it is often speculated that unhealthy examples of body image set by the media set are a contribution to these numbers.

Not only is it perspectives on self-image that have changed in recent years; but it is also functionality. According to Edited, “Sellouts of push-up bras have fallen by 50% compared to a year ago while sellouts of bralette, or triangle bras, have rocketed by 120%. That is based on a sample of 80 lingerie retailers across the US, UK and Europe.” The shift to pretty and comfortable from overtly sexy lingerie reflects the changing perspectives we as a society and as women have on our own bodies.

In recent years there has been an increase in the sales of athleisure style underwear, catering to comfort and functionality. Although introducing a Victoria Sport range in 2016, Victoria’s Secret was very late to the game and has had to compete with other hugely popular, well established athleisure brands such as Lululemon.

Rebecca Home is a Clothing and Home Commercial Manager at Marks & Spencer. Her role includes ensuring her store hits key performance indicators, launching seasonal changes and making commercial decisions – which includes that of the lingerie department.

Speaking to Artefact, Home explained what changes she has observed in the lingerie industry: “The future of lingerie is definitely changing, with customers now wanting underwear that is stylish and good quality but at an affordable price. Customers want to feel great whatever their size whilst also being comfortable.”

“Victoria’s Secret in my opinion only appeals to the minority. We’re in the era of body positivity and encouraging all individuals to feel appreciated no matter what their size. You just need to look at Sainsbury’s current campaign with the tag line ‘All boobs welcome’,” she continued. “Before we know it Victoria’s Secrets’ image of the super-skinny model will soon be something of the past, with shoppers opting for better value for money and more inclusive brands to buy their underwear from.”

Victoria’s Secrets’ lack of willingness to change has left them looking outdated as they continue to embrace a brand image that still, to an extent, caters to the male gaze and fantasy. In what is widely considered to be the decade of fourth wave feminism, they just do not make the cut.

Although Victoria’s Secret dominated the lingerie industry by being the worlds largest retailer for a decade between 2006 and 2016, their influence is gradually lessening. L Brands, the parent of Victoria’s Secret, reported that the retailer’s June 2018 sales dropped compared to previous years. This is despite various discounts and sales. Their fashion show has also seen a decline in its ratings in the past few years with 2018 having only 3.3 million views. 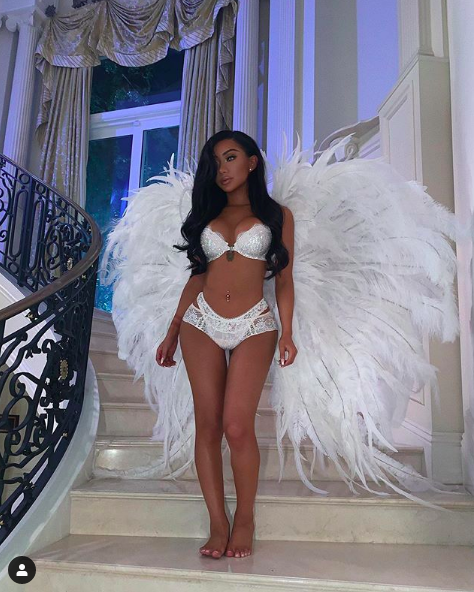 “So it’s like, why don’t you do 50? Why don’t you do 60? Why don’t you do 24? It’s like, why doesn’t your show do this? Shouldn’t you have transsexuals in the show? No. No, I don’t think we should. Well, why not? Because the show is a fantasy.” These were the words of Ed Razek, Chief marketing officer at L Brands and executive vice president of public relations at Victoria’s Secret. Speaking to Vogue, Razek did not know how much of an uproar his comments would cause.

Receiving heavy criticism, the brand put out an apology on his behalf, while various models and influencers posted their responses showing how outdated his views are.

Nikita Dragun, a transgender YouTuber with a more than 3.8 million followers on Instagram shared her response to the comments in a video of her in a Victoria’s Secret Angel outfit. Captioning this photo “…PROOF that ANY woman (trans or not) is a fantasy! be ur own angel…” the post was a reflection of the views shared by many after hearing Razek’s comments.

The brand has also been accused of cultural appropriation concerning some of the looks that are strutted down the runway. With Victoria’s Secret being slow to change their image and, in turn, not cater to a more modern audience, it has allowed for newer brands to emerge with various, more niche concepts.

Aneesa Qureshi, 22 is in her final year of the Fashion Contour course at London College of Fashion. Studying the design of lingerie, night, evening and swimwear, Qureshi is in the development processes of her own brand Hasaria London. 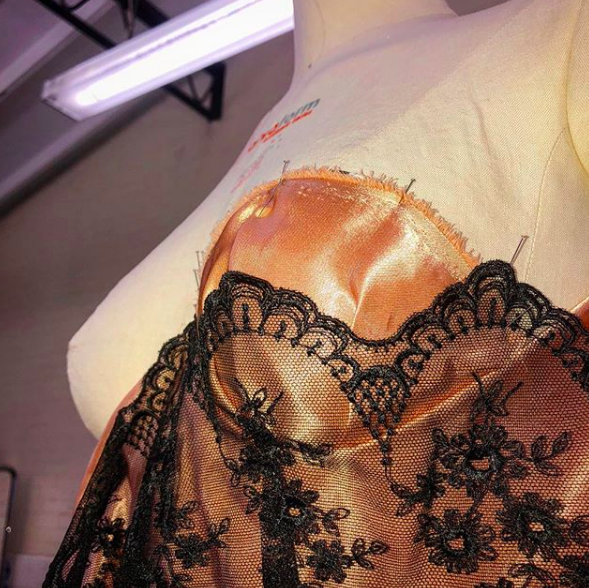 Pieces for Hasaria London are still in the design process [Instagram: hasarialondon]

It is “a British exclusive nightwear and evening wear brand catered for special occasions or nights. The brand’s concept comes from the deep notes made in desirable perfumes with the design element inspired by Pakistani and Arabian tradition.” Qureshi also cites the unique elegant prints combined with luxurious materials prevalent within those cultures as her inspiration.

“I came up with this concept as I had a deep love for perfumes and nightwear. I thought if I combine both I could actually create something different which caters for women who love make an elegant statement with their outfits,” she told us.

Explaining why her brand is so unique, Qureshi takes careful consideration behind the meaning of the pieces, “each garment in Hasaria London has a story and that’s what makes the brand special and personalised. Every woman can choose her desired piece of clothing inspired by her favourite scent.”

Qureshi’s brand is one of many to begin to fill the gaps that are overlooked by larger brands like Victoria’s Secret. Talking about her relationship with the brand, she explained that “Victoria’s Secret has always been a part of my life, the experience of walking into the store and feeling like a princess is what every girl would want right? However, I do feel as a woman I would personally choose to wear other brands now as Victoria’s Secret is lacking a new sense of style or individuality which other brands are focusing on. I think to market a brand it’s all about the consumer these days and asking what a woman really wants.”

Considering the brand’s future, Qureshi suggested that “Victoria’s Secret will always be an iconic lingerie brand, however, I do believe there is space for upcoming brands who are offering unique concepts for specific markets. I believe the future is more about customisation and personalisation as the new consumer desires more exclusive items. Who knows these niches brands may take over the fashion industry!”

With what looks to potentially be the end of an era as Victoria’s Secret’s dominance dwindles, the future of the lingerie industry is unclear. For the time being, it looks like Victoria’s Secret will be sticking to its “fantasy” image. This is despite the fact that consumers are changing what they look for in an apparel brand.

Not only by looking at what they sell but also by the social awareness a brand has, consumers are forcing apparel companies to be more responsible for the influence they have. Whether Victoria’s Secret will be able to make a comeback through a complete overhaul of their branding looks to be in their hands.