The art of producing homes on-screen 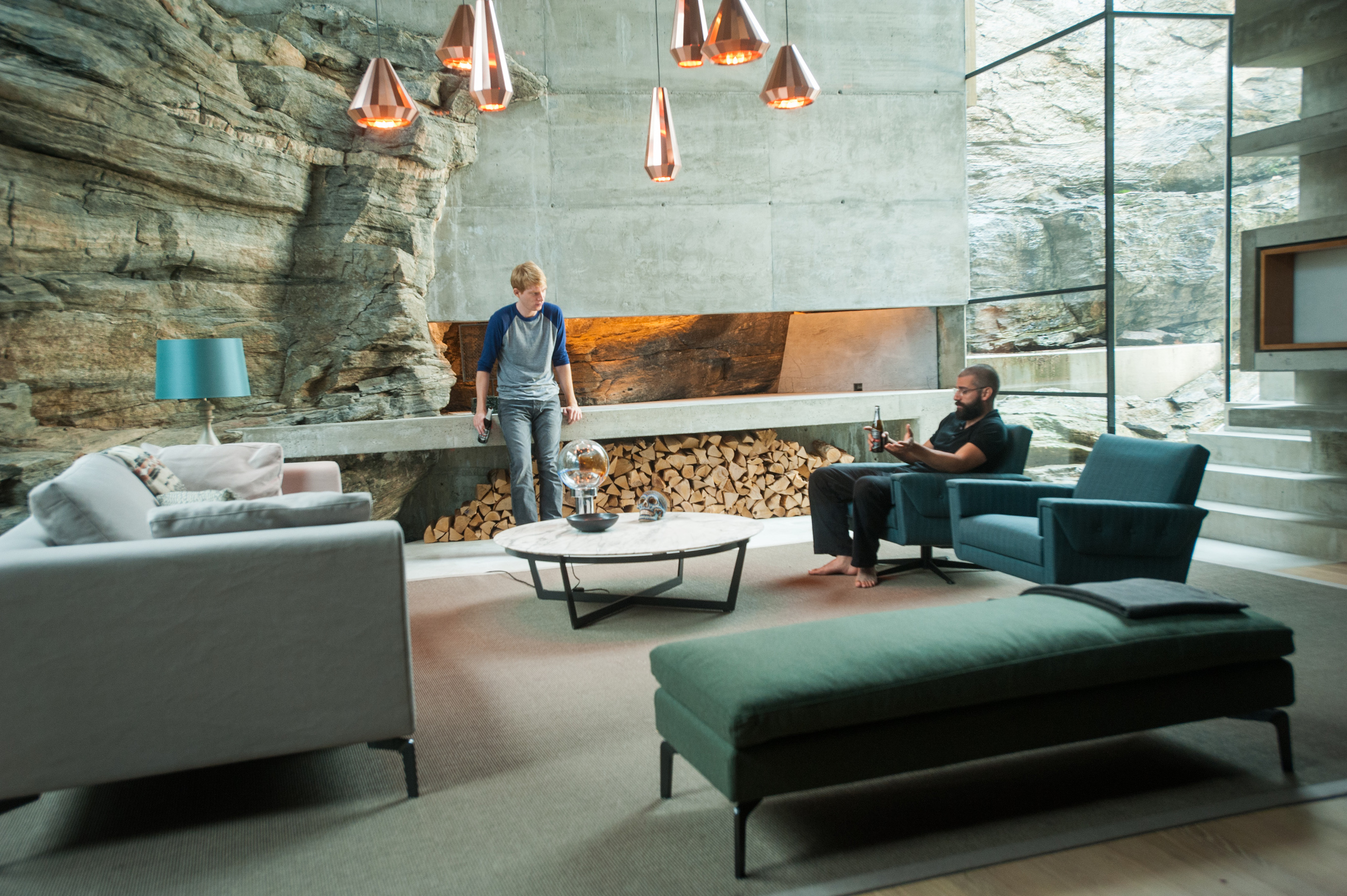 Whether it’s Harry Potter’s bedroom under the staircase, Monica’s apartment in Friends or the McAlister’s Christmas display in Home Alone, the sets of our favourite on-screen stories are as important as the characters who live in them. It is where we see plots unfold, relationships develop and characters in their purest form.

Mark Digby and Michelle Day have worked together in the art department on some of the most visually impressive films over the past twenty years. Creating the worlds in films like Slumdog Millionaire, Ex Machina and Dredd.

Digby works as production designer alongside Day, who is the set decorator. With their finely-tuned process of rigorous research, digging and curation they have produced some of the most impressive sets of recent years.

“In a sense, I shouldn’t be here,” Digby jokes, as he discusses their entry into the industry from their studio in Manchester, where they are currently working on Alex Garland’s latest project Devs.

“I didn’t go to art college or come from an arts-related background. As a young boy we did not go to the cinema, or theatre, or art galleries because we couldn’t afford it,” he continued. In fact, Digby made his entry into the art and design world by joining a youth theatre with his friends in his early twenties, while working in a regular office job. 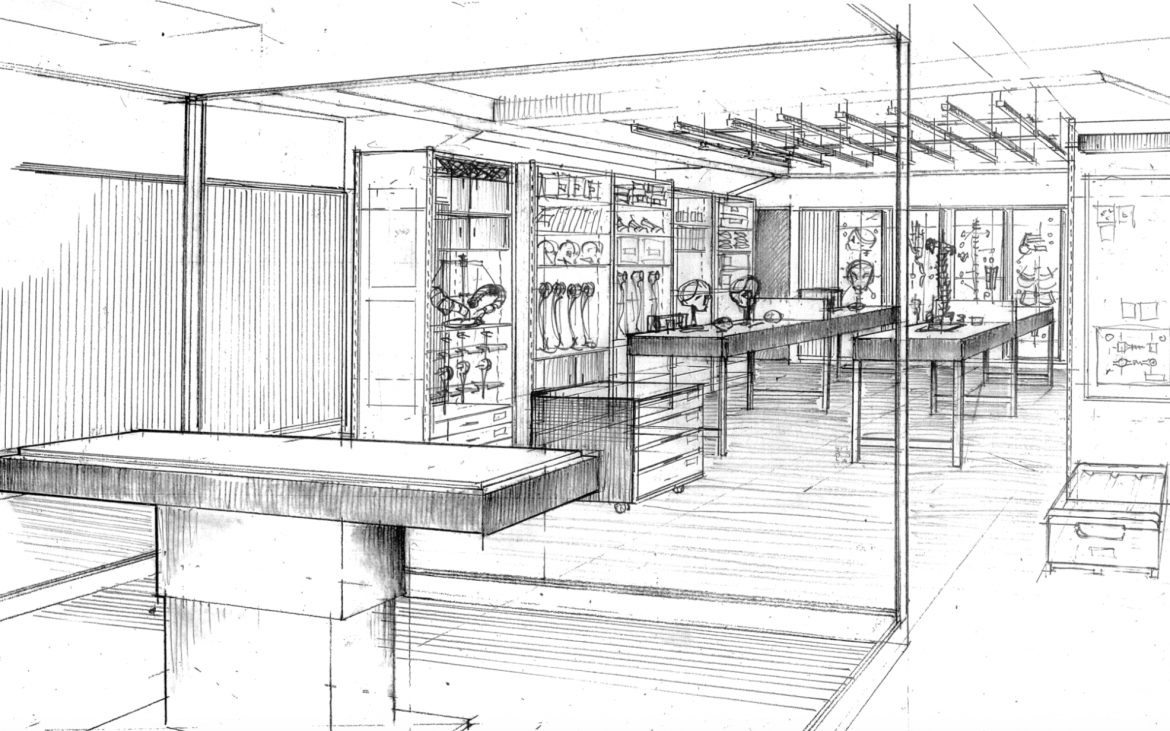 A sketch for and interior in Ex Machina [Mark Digby]

It was at the Polka Theatre in Wimbledon that Digby met long-term colleague Day. “When I was sixteen I went to do work experience at the theatre, I only started it as a hobby really,” Day said.

She went on to study fine art at Belfast School of Art, but would frequently come back to London to work on any project she could, often alongside Digby. “We had a foot in the door although we never asked for it or aspired to that, we just stumbled into it, and then it was a classic case of progressing through the job,” says Digby.

Often crossing paths, the pair built a strong friendship as well as working relationship, “We went away for a few years and established ourselves, then we came back together on Slumdog Millionaire,” Digby remembers. The 2008 film was directed by Danny Boyle, and was one of their most challenging and rewarding projects, winning the Oscar for Best Picture and the BAFTA award for Best Film.

“It will often happen with our projects that they will be set elsewhere, often America, and we have our own British culture and aesthetic, so when you travel anywhere for work you really have to keep your mind as open as possible,” explains Day.

Anyone who has seen the film will remember the vivid representation of the chaotic Mumbai streets and the poverty-stricken slums, “It was totally about adapting to a different place, a different culture and learning, observing and embracing it,” remembers Digby.

Another challenge they encountered was the Bollywood style of production varying hugely from the realist aesthetic the film wanted to capture.

“A lot of their work is aspirational, and we were trying to hit a realism in terms of what one might consider a lower aspirational ceiling,” explains Digby. “They would bring us a tuk-tuk that was shiny and the best one and we really wanted the oldest, beat up one. It was about understanding that balance really.” 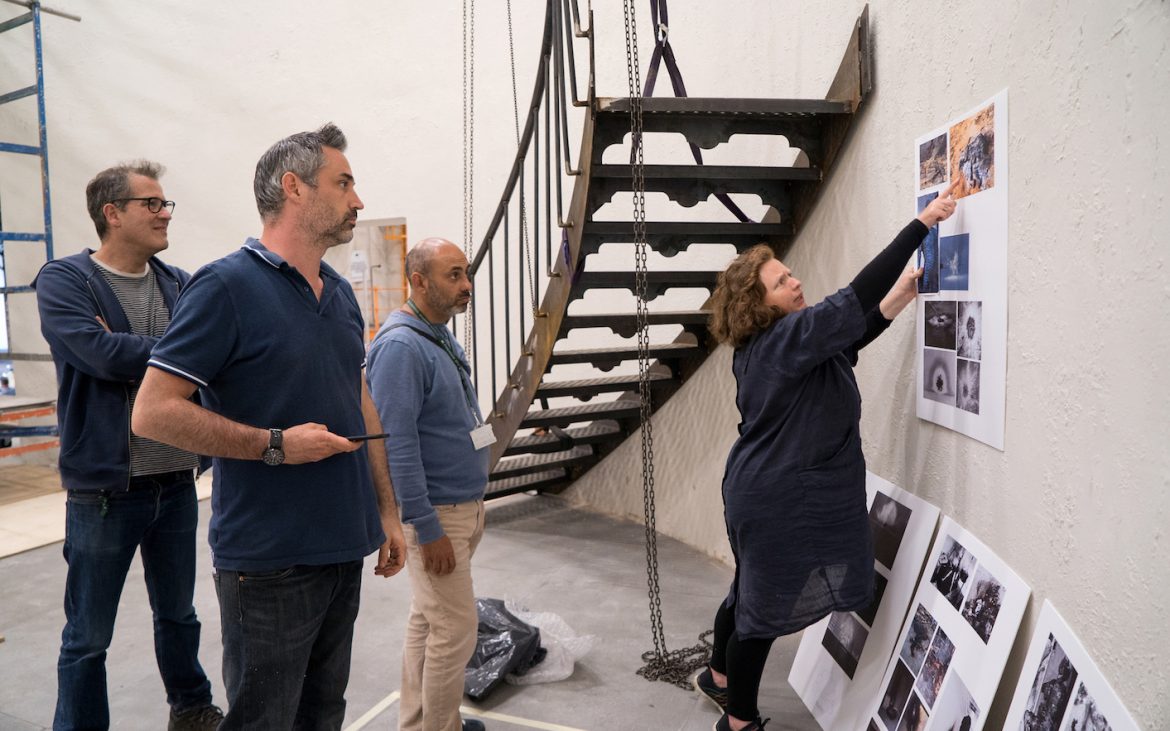 Slumdog Millionaire was not the only production where these kinds of problems would be encountered. Each project brings a range of new challenges to the duo, but their passionate outlook on each individual film has driven their success.

“When you get any script, it’s basically a long list of problems that need to be solved,” said Day. “It’s a creative thing, like doing a painting, you don’t know what that finished painting may look like, you are experimenting, but while you are trying to experiment you also have fifteen or twenty other people on that journey with you,” she continued.

For their last three major projects, including new TV series Devs, they have been working with director Alex Garland, with Ex Machina and Annihilation being the two latest feature films.

“The level of creative agency we get really varies between each project,” explains Digby, “there is no true formula for making films. But Alex [Garland] is both collaborative and also decisive about what he wants, which makes it easier for us because there is a mutual trust and respect. It means we can challenge each other.”

Both Digby and Day list Ex Machina as one of their favourite projects, a visually spectacular film, it takes place on the private estate of multi-billionaire CEO Nathan Bateman (played by Oscar Isaac), after one of his employees wins a prize to spend a week at his home.

“The house is like the fifth character in the film, the whole thing takes place there, and there are certain moments in the plot that we needed to hit with the locations,” Digby said. 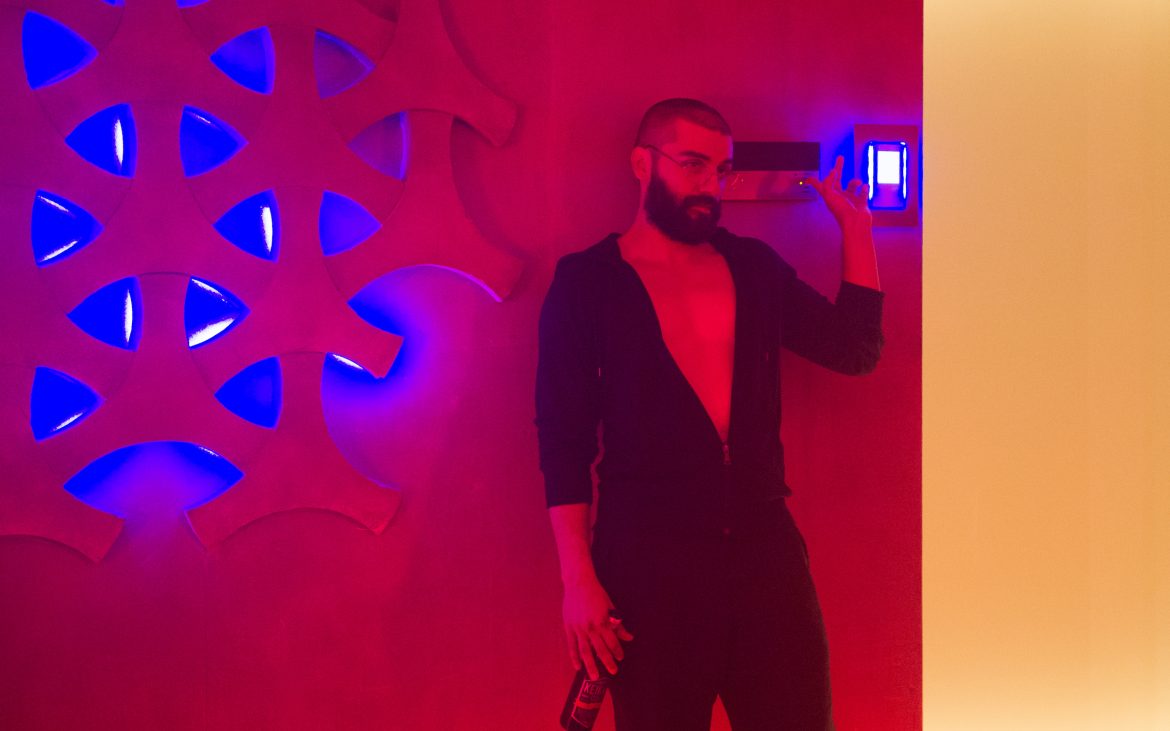 When creating a home, Digby and Day consider the character who lives there in the earliest stages of development. For Ex Machina, where they initially encountered a range of problems trying to find the right setting, it was often where they would return to when they were stuck.

“We had to consider a few things, he’s fabulously wealthy, so we need to show that, but he does not need a huge house, as he probably has twelve,” remembers Digby. “He was a completely different character to anyone else we had in previous films, he wanted it to be remote, secure, but he was living there for a long period of time so would want it to be his.”

Their unique production style is what has earned them their reputation as two of the best in the business at what they do. “We try to avoid similar things that have been done before, you have to try and cleanse yourself of anything stereotypical or rush to see what other people have done before,” says Digby.

Day’s role as a set decorator means often digging through markets, spending days at auction houses and really searching for the perfect props to make a character’s home seem authentic.

“I do tend to buy things over a long period of time, rather than all at once so that it doesn’t become too regimented to one theme,” she explains, “of course it is curated, but it means that happy accidents can happen too.”

Often when creating a home it is not as simple as just considering the character presented in the script. On their current project Devs the main character is a bachelor, but still living in his family home.

“We have to make choices based on the fact his wife probably decorated the home, it seems at odds with him as the character we know in the piece of work. But you have to build in the history of what you know has happened,” explains Day. 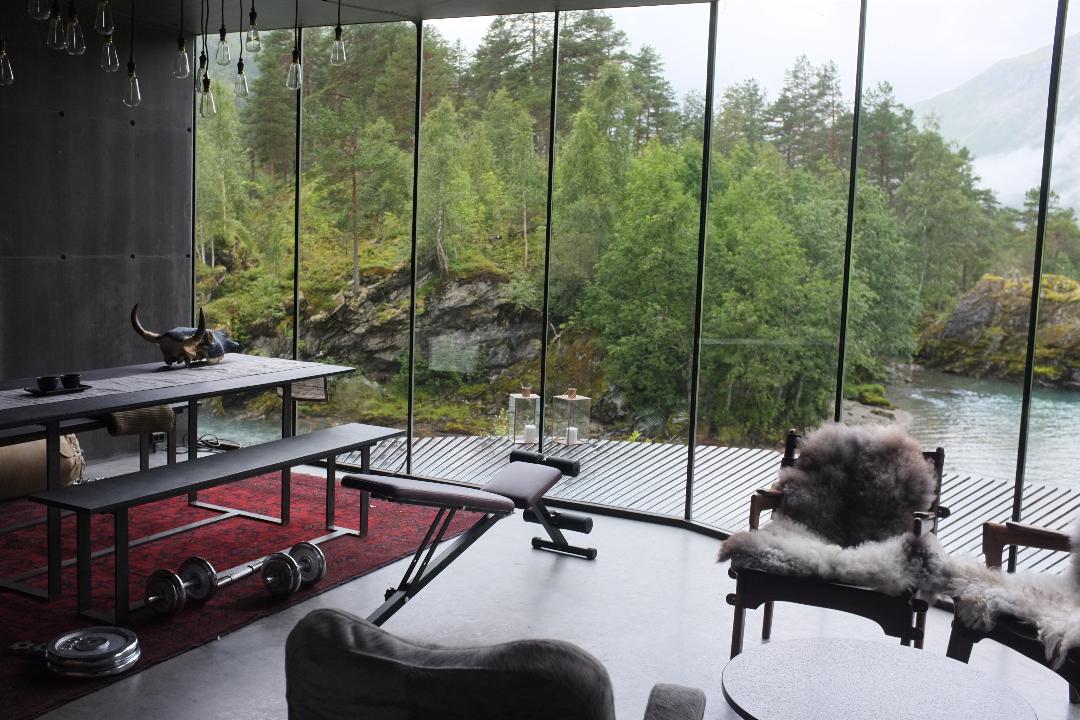 It’s this start of the creative process that the pair both enjoy the most, Day’s advice is, “At that point, you should never think about budget and just think about possibilities. Then you can work out realities later.”

As well as their in-depth analysis of the character they turn to the arts for much of their inspiration, “You look at real life, then you look at something completely disconnected, spread your wings into art, photography, sculpture, dance, drama, even other films,” explains Digby.

“You need to take out the things that emotionally hit you, something in nature, or a colour… it could be animals in a zoo or something in the water, then you can translate it into the real world. You come at it from two angles so it’s not just true realism, nor is it fancy abstraction,” he continued.

Digby and Day’s passion for what they do is evident and necessary to create the amazing settings that they do. “Worry and doubt is often a companion you carry around with you because you are always creating this one thing for the first time,” says Day, “when it does all come together it seems like magic sometimes.”