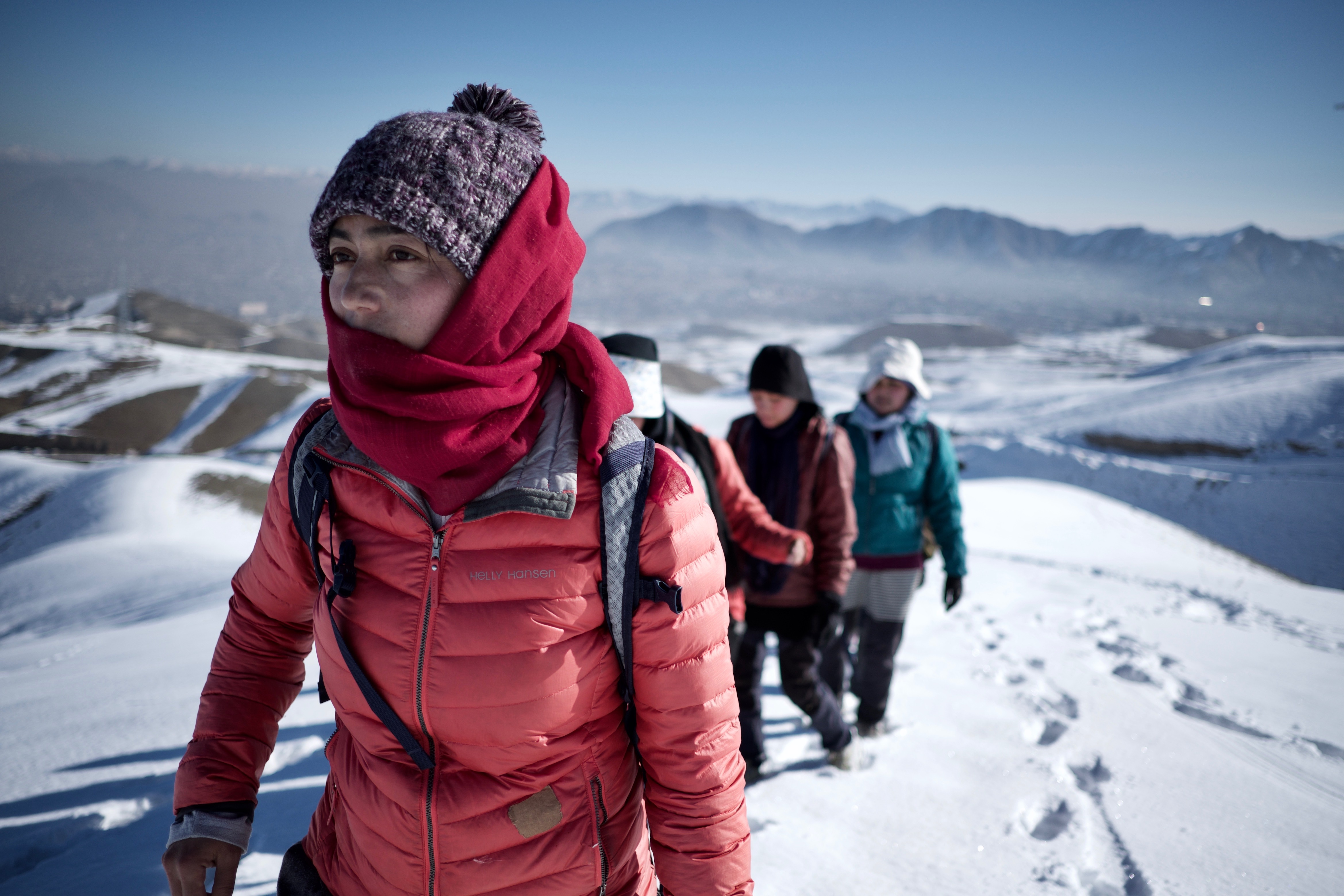 A country wounded by 18 years of war and conflict, Afghanistan is one of the worst places in the world to be a woman.

Girls there face numerous challenges in their day-to-day life. Many are denied an education, with 84% of Afghan women being illiterate. The country is renowned for its shockingly high rate of child marriages, domestic abuse and discriminatory attitudes towards women.

But a young group of girls are courageously taking a stand, using sport and fitness to break free from the path paved out for them by generations before. These girls are climbing Afghanistan’s tallest mountains, wanting to prove to the boys that girls are also strong.

In Afghan culture, girls are frequently forbidden to take part in sport and physical activity. But this determined group of teenagers, in the capital city of Kabul, will let little stand in their way as they challenge Afghanistan’s archaic attitudes towards women. 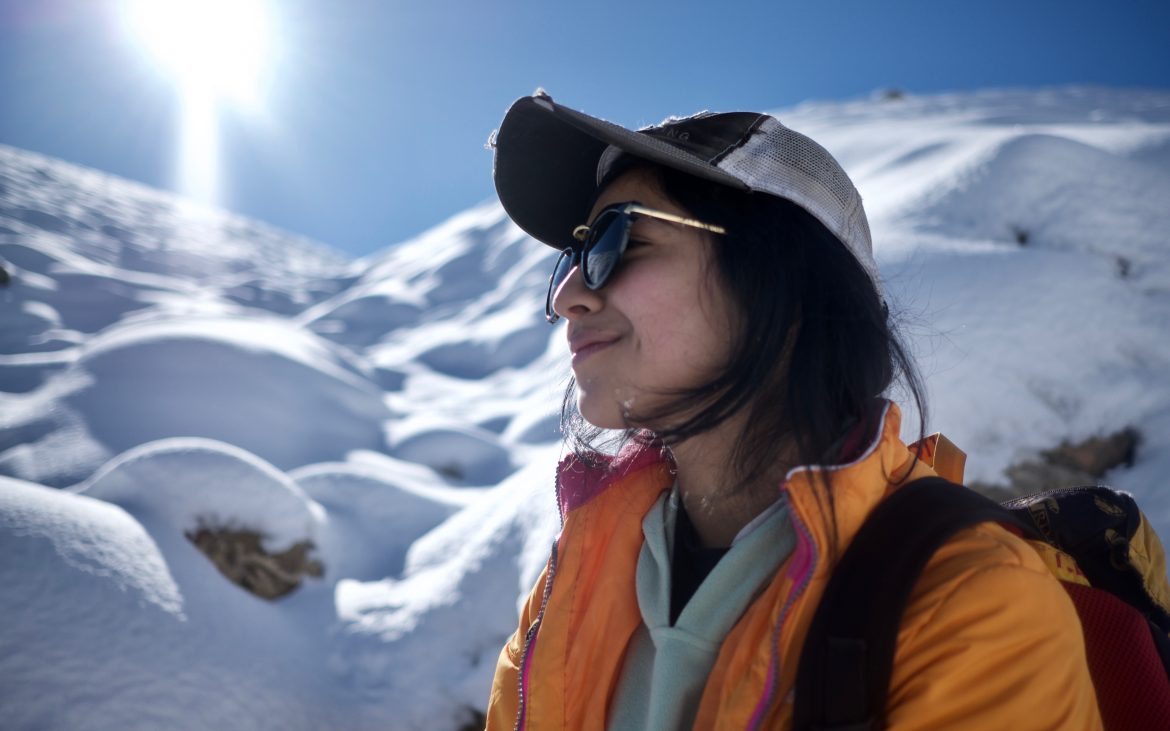 “A woman’s role in our society is to be a good woman for her husband, do all the home chores, and just have kids,” Nilofar tells me, one of the three young women I speak to over FaceTime.

The patchy reception means the conversation is disrupted, but within the first few minutes, I am already inspired by the determination of these teenagers, challenging cultural norms and fighting for women’s rights in their country.

The girls are huddled together looking into the webcam of a laptop in Ascend Afghanistan’s headquarters. Ascend is a small American NGO which uses mountaineering and leadership to empower girls in Afghanistan. Since 2014 they have enabled groups of girls to break free from the restrictions they face in daily life.

“Some people say the mountain is for crazy people,” Shegufa tells me, one of Ascend’s programme assistants. She is 18 years-old and helps with the running of the programme. “This year is my fourth year working at Ascend, I teach fitness and I am also a leader,” she says proudly. “I try to be the best role model.”

But there are cultural norms to deal with: “The girls’ parents don’t like it, they say the mountain is not good for you guys, you should marry, get engaged.” Speaking enthusiastically about her time at Ascend, Shegufa is clearly hoping other girls will follow suit: “We support the girls not just to do mountain climbing, all the dreams they have they should follow, we should support them.”

“Some people say the mountain is for crazy people”
Shegufa

Nilofar is 16 and one of Ascend’s newest recruits, she is one of the talkative young girls I’m getting to know through my pixelated screen. Just minutes into the conversation, we had already exchanged a few jokes and spoken about living in London.

We bonded over her desire to travel and I felt sudden gratitude for all the opportunities I’d been given to see the world. I ask her about life in Kabul, “I can say it is difficult, we don’t really enjoy our life,” she said. “The city is a nice place but there’s a lot of explosions which makes it very dangerous, it makes people so afraid,” she added.

Climbing mountains is no small feat, reach the summits of tall peaks is a physical challenge that requires extreme skill and strength. The girls undertake a gruelling two-year training programme which prepares them for the expeditions and develops their leadership skills.

Defaced by years of conflict, Kabul is plagued by poor infrastructure and access to fast medical care is unreliable. The girls have to be extremely capable before they undertake the climbs. 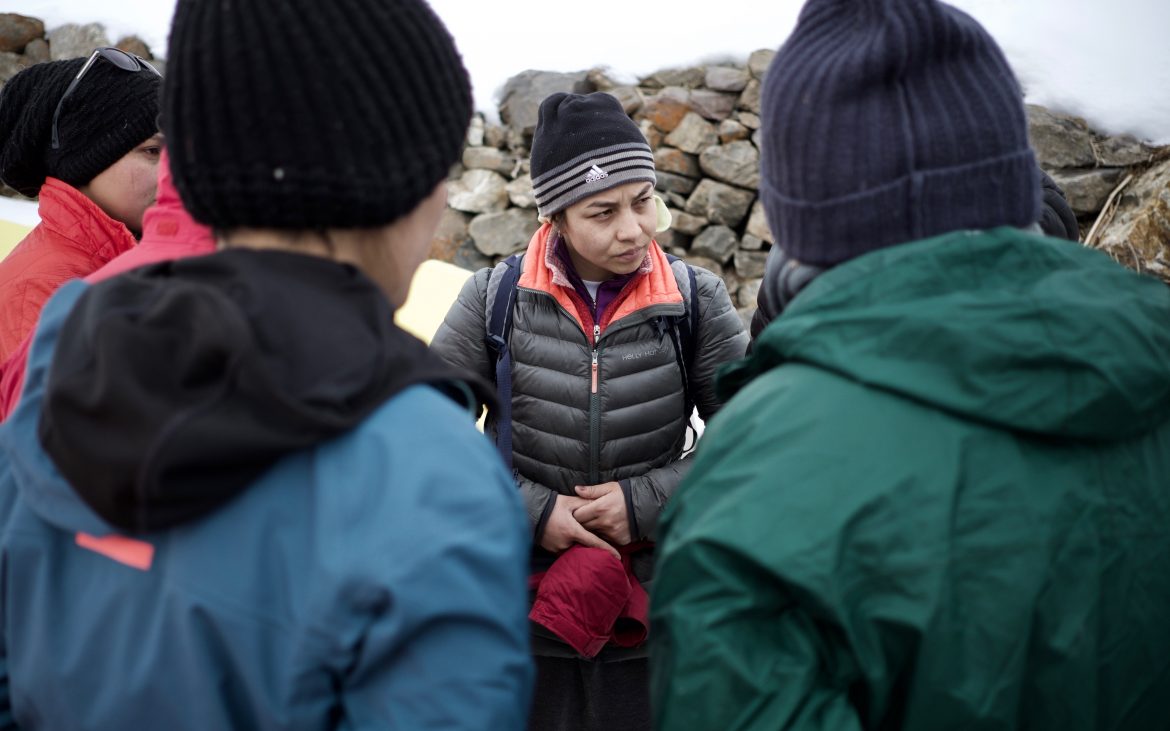 Culturally, the girls face being castigated for taking part in mountaineering. They risk offending members of their family and community. But from the little time I spent talking with the girls, I quickly realised that this would not stand in their way. Nadia Soto, Ascends country manager told me: “Our main challenges are navigating cultural sensitivities and mindsets of community members.”

On top of the physical and cultural risks the young girls take when summiting a mountain, the conflict in Kabul is unpredictable. The Taliban are known for their presence in the mountains. These girls face unthinkable, life-threatening obstacles in their fight for women’s rights.

The Taliban is a fundamentalist Islamic organisation, who have significantly contributed to the turmoil caused by the relentless, on-going war. Their aim is to impose their interpretation of Islamic law on Afghanistan and threaten the Afghan government. The Taliban have alarmingly increased their territorial impact in recent years.

UN figures released in 2018 show that such anti-government elements are responsible for the vast majority of civilian deaths and injuries. The report states that throughout 2018, anti-government elements intensified their attacks in civilian areas and against the civilian population. The lives of these young girls are scarred by the actions of The Taliban and their home city is scarred by the years of conflict and war.

I ask the girls what life is like and what they get up to in their spare time: “We spend most of the time hiding in houses,” Nilofar tells me, “we don’t really have a life.” Talking about the explosions in Kabul, Nilofar confirms, “it’s not too safe for us to leave.”

Suddenly feeling guilty about the productive morning I had whizzing around central London, I wonder about life in Kabul. From a young age, the city’s name has become synonymous with danger and conflict. I feel naive as my little knowledge of the capital is polluted with names of terrorists and groups of extremists.

Asma is another new recruit for Ascend. She is seventeen years old she spends her spare time at the Ascend HQ undergoing preparations for her first climb: “Before I joined Ascend I would laugh at girls climbing,” she admits. We talk about what she’d like to do in the future, after pausing for thought she tells me: “I’d like to be a pilot.” 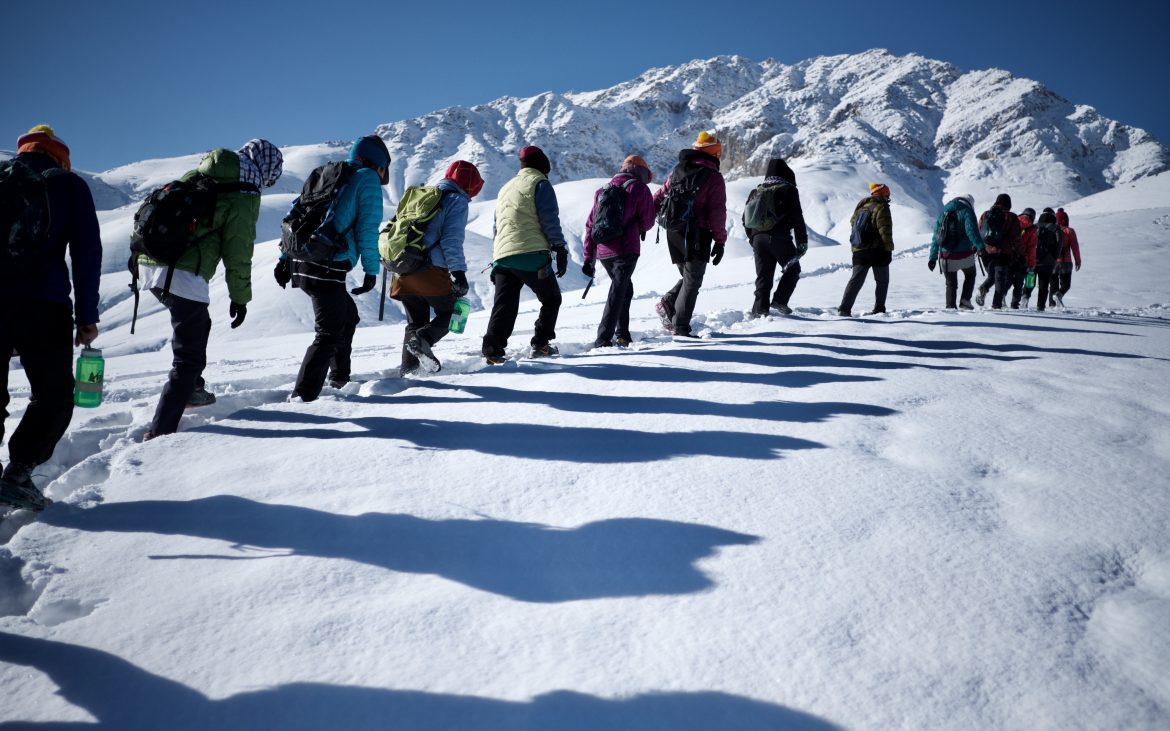 Curious as to what Ascend’s Headquarters looks like, the girls eagerly pan the camera around the room and proudly show me where they spend their time.

Although the room is bare and basic, I get the impression that this small room is a haven for the young women. “It’s my second home, I love it here,” Shegufa tells me. But it’s not all hardcore training in Ascend HQ, the girls spend their time dancing and reading, they’re free to be girls, to have fun.

Nadia, the country manager for Ascend, tells me: “The office in Kabul is a bustling space full of life and energy. Staff and girls alike find the office to be a haven where self-expression is encouraged, workouts are intense, and dancing is always a must.”

I didn’t want the FaceTime to end. Completely inspired by the girl’s attitude towards life, I was engrossed in their conversation, Nilofar’s in particular. She really wanted to tell her story. At the end of our conversation, I said I wanted to share a little snippet of what she told me with followers on my social media.

I asked her if she would answer a question on Instagram’s video story feature. It was clear she was elated to have an opportunity to speak to young girls directly in the UK. Nilofar’s friend reminded her to cover her hair, she hastily reached for her head scarf. I noticed she didn’t wear it for the entirety of conversation, despite it being obligatory for girls in her community. Another display of her determination to challenge the cultural norms.

I asked her on video: “What message do you have for young girls in the UK?” She looked directly at the camera and told my friends and family: “I want them to use the opportunities they have, we don’t have these opportunities. I want them to live a good life.”

At the end of the short recording, I thanked the girls enormously and promised we would keep in touch. Nilofar interrupted me and asked for my username so she could see the video. Perplexed, I felt guilty and replied, “it’s on my Instagram, you need to have an account to view it.”

I was convinced that girls lacking the freedom to make decisions as insignificant as to whether or not they could play sport, would not have access to a social media platform saturated with content their culture abhors. The girls chuckled and responded, “We have Instagram!”.

Before I knew it I had three new unlikely followers, a confirmation that these girls are regular young women with dreams and ambitions, just like me. But their life is so different from my own. T

hey don’t have the freedom or opportunities I have in front of me, they live in conflict and in fear of the Taliban. For now, social media is their window to a very different world, but these girls are using their strength, courage and determination to challenge the inequality faced by women across Afghanistan.