Scoping the crowd, I could already tell I was underdressed.

Dressed relatively casually, I tried to maintain a fashionable approach, opting to wear a Calvin Klein hoodie underneath a long Kenzo trench-coat. That’s enough to wear I thought. I had been proven wrong.

Gaining tickets to an early London Fashion Week show, courtesy of Izabela Calik, I had been given the opportunity to take a look at the designers that hadn’t quite made it yet.

To my surprise, I had never known any type of fashion week – whether that be London, Paris, New York or Milan, to be anything other than the luxury household name brands. Gucci, Saint Laurent, Fendi or even Alexander Wang to name a few.

I was at a whole different ball game, however.

Taking place in a venue inside Wardour Street, tonight was the night of the independent designers, particularly in accessories – handbags, sunglasses, and jewellery to name a few. Coming from all over the world, it was quite bizarre to see so many cultures and traditional designs under one roof. It was refreshing.

One hour before the main runway show started, I found myself in the ‘Designer’s exhibition’. Tables had been set up with designers proudly showing off their work. The structure I was in would remind you solely of a children’s science fair, each person proudly waiting for you to arrive at their table so they could tell you all about their creations. 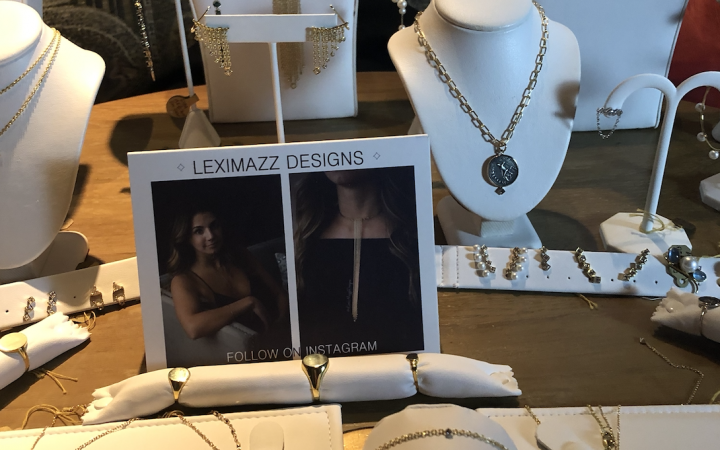 Wanting to know more about the designs, I began to do the rounds. What I thought was going to be eager and welcoming looks were replaced by blank stares and disapproving eyes. Many of the designers had given me the quintessential line: “Who do you work for?” They would stick their noses at me when they’d soon realise I wasn’t their one-stop ticket to fame.

Thankfully, one designer was kind enough to talk to me. Explaining the premise of Artefact to her, she gave me the warmest smile and said that “we all have to start somewhere.” I asked if she was okay for me to ask her a couple of questions, curious to nitpick at her designs with her. She agreed with enthusiasm – something I had not seen all evening.

Dressed in a red jumpsuit with flares, her hair had been parted perfectly, going into gentle waves as they hit her shoulder. Coming all the way from New York, Alexis was in London to show off her jewellery designs. Taking one of her business cards, it read: “A revolutionary, New York-based fine jewellery company that has a distinctly unique yet modern style. Drawing from her experiences as a sixth-generation jeweller, designer Alexis Mazza creates a cohesive style of sexiness and sophistication.”

[pullquote align=”right”]”I give you an art piece and you create your own unique style with it.”
Alexis Mazz[/pullquote]Asking her more about her designs and how she came up with her ideas, Mazza explains that she takes materials and “puts them together” in the way “of your body almost being like a canvas and everything is draped how you want it to be.”

She then goes on to describe the type of woman she envisions wearing her products, labelling her as the “modern woman.” Nodding along to what she’s saying, Mazza tells me she has to “work a lot”, and then she has a social life and wants to make her jewellery versatile to her lifestyle, “so basically it’s that minimalistic look, every day, that sexiness and sophistication, all of that.”

We both agree that jewellery in modern design was a lot more easy to wear, gaining an “absolutely” from her. She talks about her go-to statement pieces for her, taking a short minute to think. Deciding amongst chain-drapery, Mazza clearly enjoys “the idea of having it drop to a certain point in a way that looks elegant with a T-shirt or a low-cut shirt and it’s versatile,” she said.

“That’s my main point,” she states, “it’s so you’re able to kind of make your own look with everything that I give you.” Comparing her designs to art, she says “I give you an art piece and you create your own unique style with it.” 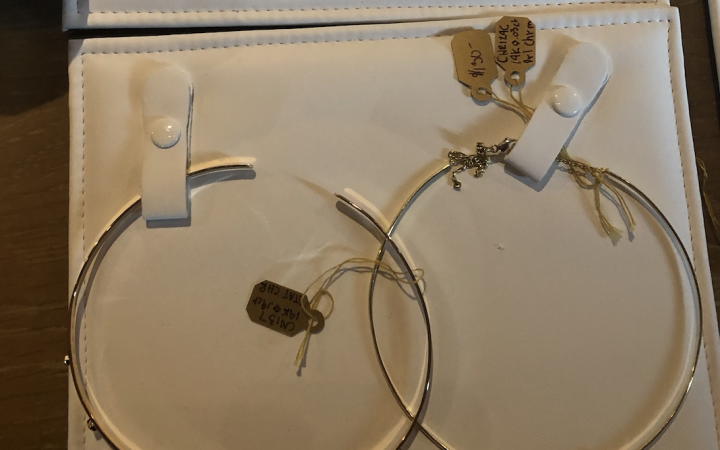 Just from our short conversation, I can clearly see the vision and direction that Mazza and her brand is going in. It’s safe to say that with confidence, Mazza having just graduated from New York Fashion Institute of Technology in 2015 and already going on to score big achievements; being featured in the December 2018 and January 2019 editions of British Vogue.

Ending my conversation with her, we arrive at the fact that this is her first of Fashion Week shows, although having done fashion and jewellery design shows in the past.

“I’ve done many other jewellery shows,” she says, “but they’re more in like New York City, Vegas, things like that.”

Going onto enjoy the show and all of the designs that came from it, I had been become dazed by the wholehearted niceness of Mazza herself.

Her desire to allow women to feel sexy and empowered in both themselves and the workplace; focusing on the working woman, is a strong contrast the modern fashion designers of today’s world – late designer Karl Lagerfeld coming under fire for calling singer Adele “a little too fat,” and insulting curvy women, saying “no one wants to see curvy women on the catwalk.”

Leximazz Designs is available here, and Mazza can be contacted via alexis@leximazzdeigns.com.

By Summer Shannon
3 Mins read
After the New York Post published an article stating that Heroin Chic was ‘back’, waving bye-bye to the ‘big booty’…
FashionVideo

By Isabella Brooks
4 Mins read
We tried three Glossier make-up products to see if they are really worth the money.
Fashion

By Clarabelle Tan
1 Mins read
We meet the make-up artist who is exploring the power of make-up to transform people into anyone they want to be.