A swift 30-minute train ride north from Copenhagen’s central station can take you to the glass-fronted Louisiana Museum of Modern Art.

Located in Humblebæk, a small coastal town in the northern area of the Danish island of Zealand, the museum offers stunning panoramic views of the Øresund strait. If you are lucky and the skies are clear you will catch a glimpse of Sweden, which lies right across the ocean.

The museum offers the perfect symbiosis of art and nature, making it the perfect relaxed day-trip for your Copenhagen get-away. “Louisiana”, as the locals call it, leads internationally as a museum of modern art, presenting between six and ten exhibitions annually as well as its permanent distinguished art collection of more than 3,500 works. 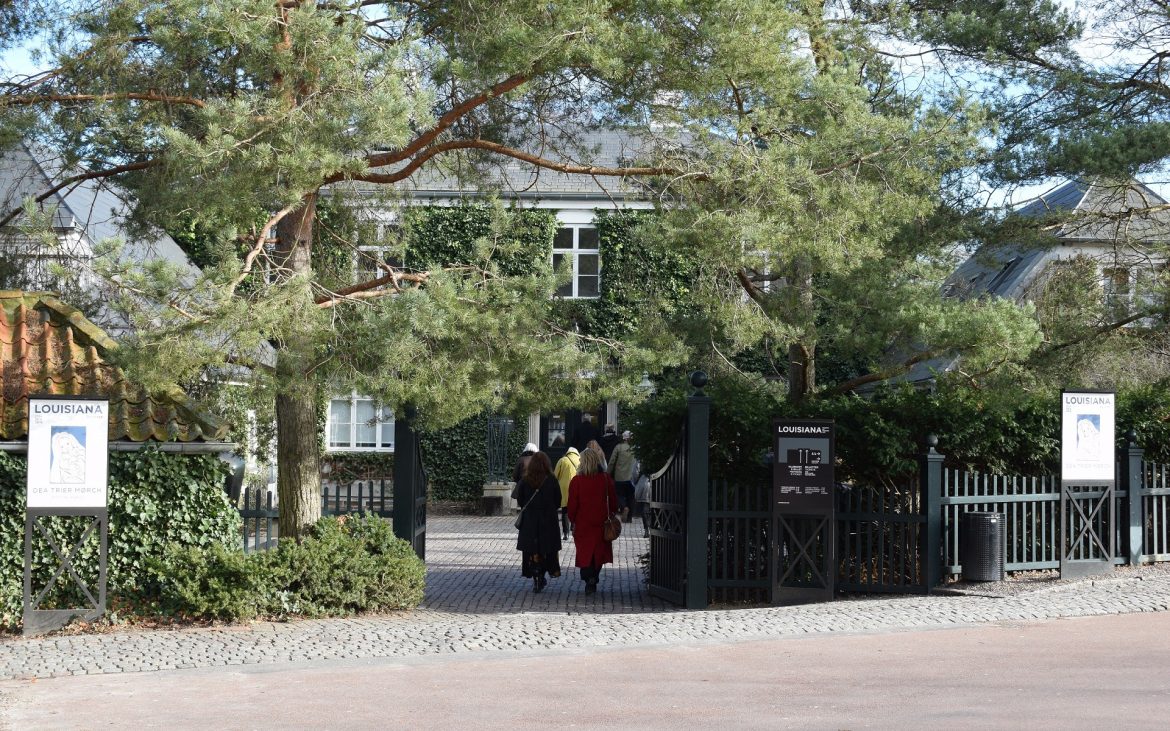 Under one single ticket, you will be guaranteed a stimulating art-filled day from Giacometti’s famous sculptures to Yayoi Kusama’s, Gleaming Lights of the Souls. Apart from the works of art, Louisiana offers its guests a whole range of cultural activities, such as live debates, workshops, concerts and lectures.

And if that’s not enough to convince you, apart from its vast collection of artwork, the architectural structure is a work of art on its own, which makes the place more of a meeting point between family and friends than a museum.

On a sunny day, no matter the temperature, you will see lots of families and groups of people hanging around and about the garden’s many corners, decorated with unexpected sculptures, making it an unusual but exciting walk in the park.

Louisiana was built to stand out in the crowd of art museums. It’s intimate and domestic aura was all Knud W. Jensen, the museum’s founder, aimed for. In 1955, with dreams of opening a museum of modern Danish art, he bought an old villa and its 25-acre estate, named Louisiana. 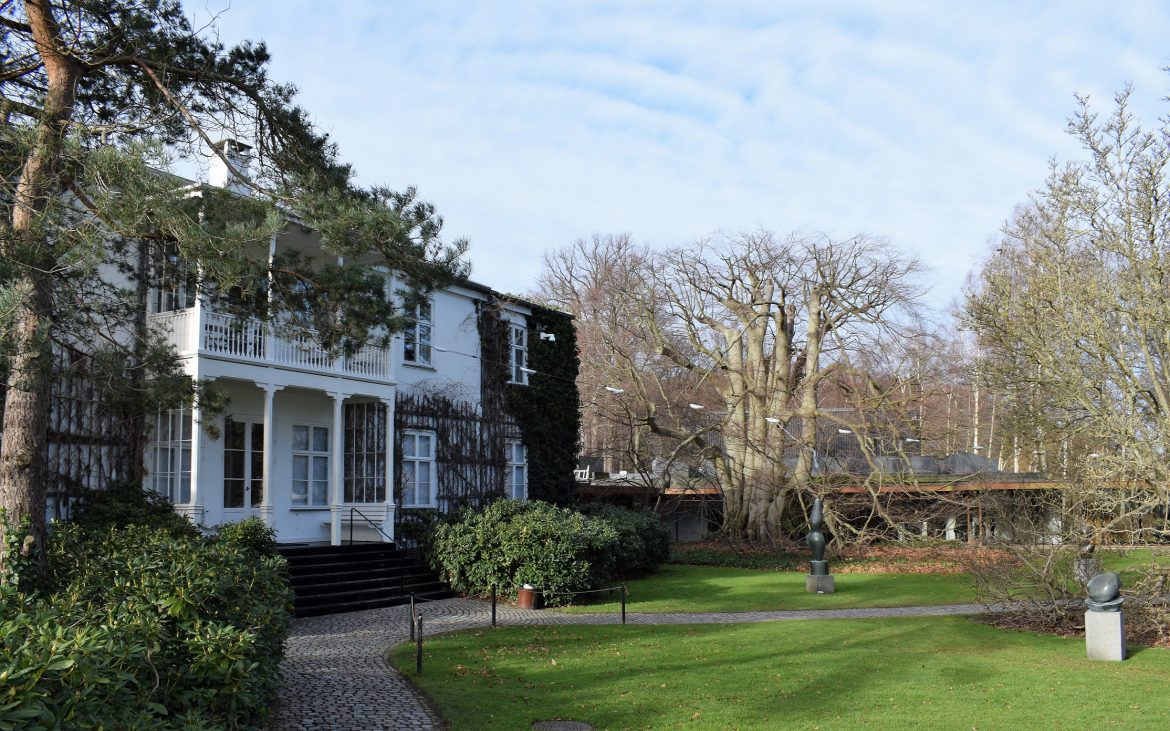 Shortly after, he co-founded the art at the workplace association which lent artworks to workplaces hoping to spread art and make it part of people’s everyday. He wanted to break away from the traditional style most museums are built and laid out in, instead he visualised smaller buildings, intertwined with nature.

It was built in 1958, with the help of Danish architects, Vilhelm Wohlert and Jørgen Bo, who spent months curating its construction. Its original form consisted of three buildings connected by long glass corridors, since then it has been extended a few times and resulted in its present circular shape. 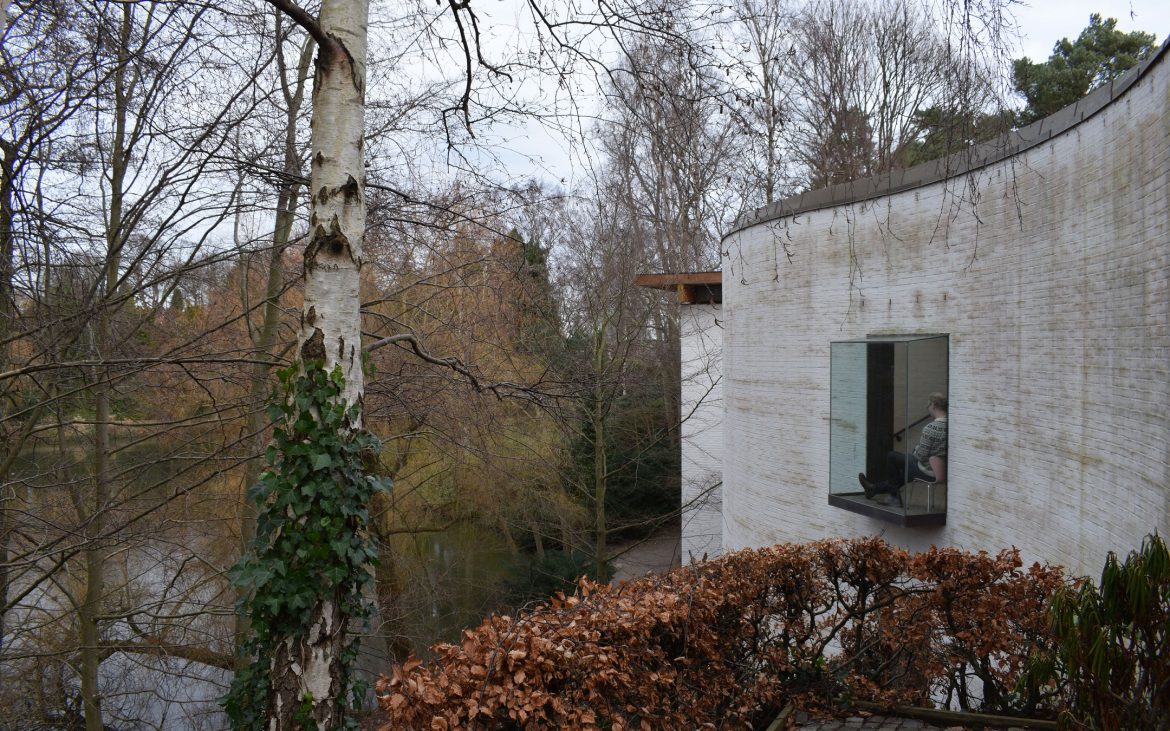 The architecture perfectly blends in with the landscape [Mariana Jaureguilorda Beltran]

The museum took the name of the original 19th century villa named Louisiana, after the late owner’s three wives, coincidentally all named Louise. Jensen acted as the museum’s full time-director for 37 years, until 1995.

Jensen’s vision was to make Louisiana, the home for Danish modern art, which didn’t exist at the time. After a few years, he changed the course and began to contact and collaborate with international artists, making its mix between local and international art, the museum’s strongest attraction.

In an interview with Studs Terkel back in 1968, he explained, “in every country, there was a kind of provincialism where one was having, giving preference to local artists. But art has been internationalised, and there’s a huge public in the whole word now for modern art.  And so, the boundaries have been broken down, and through the many exhibitions, through the circulation, through the growth of tourism and so on. And this demands that a museum of modern art should be an international museum and not only confined to national art.”

A guide through the museum today

Visiting Louisiana will make your Copenhagen get-away one of a kind, most people stay within the city centre, but no matter if you are an art aficionado or just curious, this museum won’t disappoint.

As you come in, you won’t know where to start – fear not, that’s the whole point. As the director, Poul Erik Tøjner, said in an interview with The Telegraph, “going with the flow may seem such a trite thing to say, but the true Louisiana experience is sensorial, seamless, personal and ultimately not really about structure at all.” The whole point is to experience it at your own pace and discover it’s secret corners little by little. 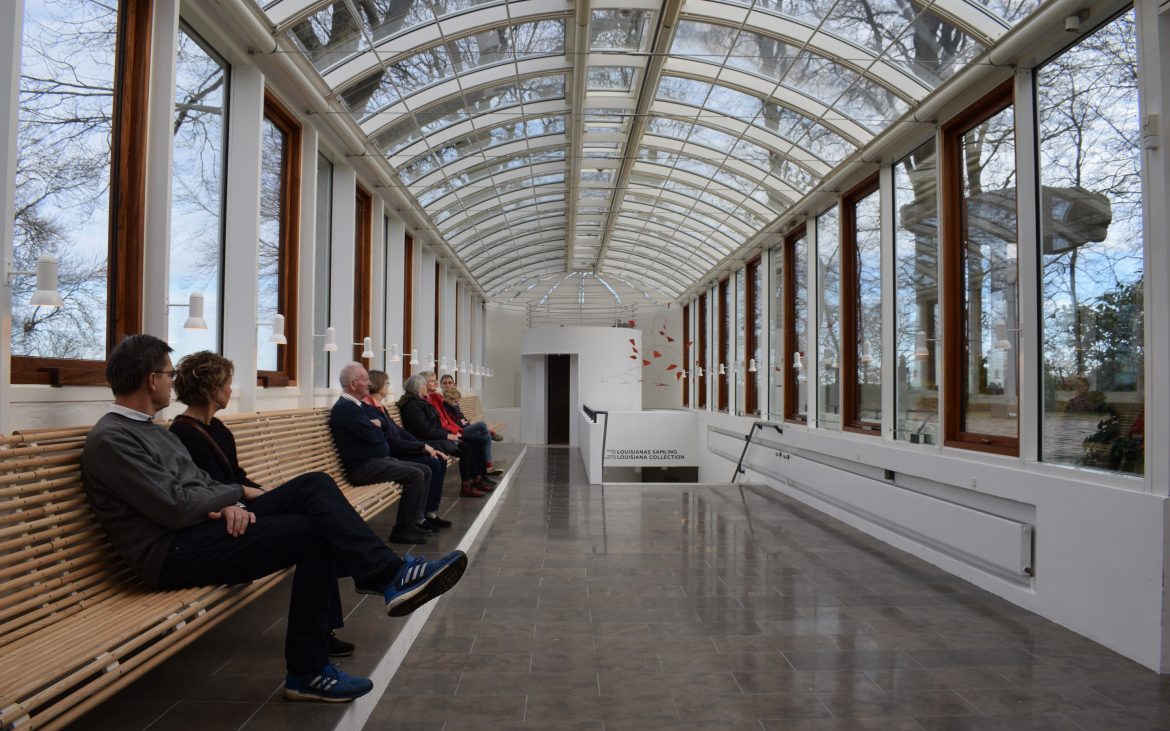 Taking a break to take it all in [Mariana Jaureguilorda Beltran]

If the weather allows, the garden is the best place to start wandering. Fickle Danish weather might mean clear skies and thunderstorm later.

The garden is essentially an outside gallery, decorated with Henry Moores and Alexander Calders, strategically placed and with the best backdrop: a breath-taking view of the sea. Walking through it, one can really appreciate the harmony between Danish, Bauhaus inspired architecture with nature.

The North wing is thought to be the original part of the museum, consisting of endless glass corridors, connecting the old villa with the cafeteria. In this section, you will see the permanent jewels, the Giacometti and Asger Jorn halls. 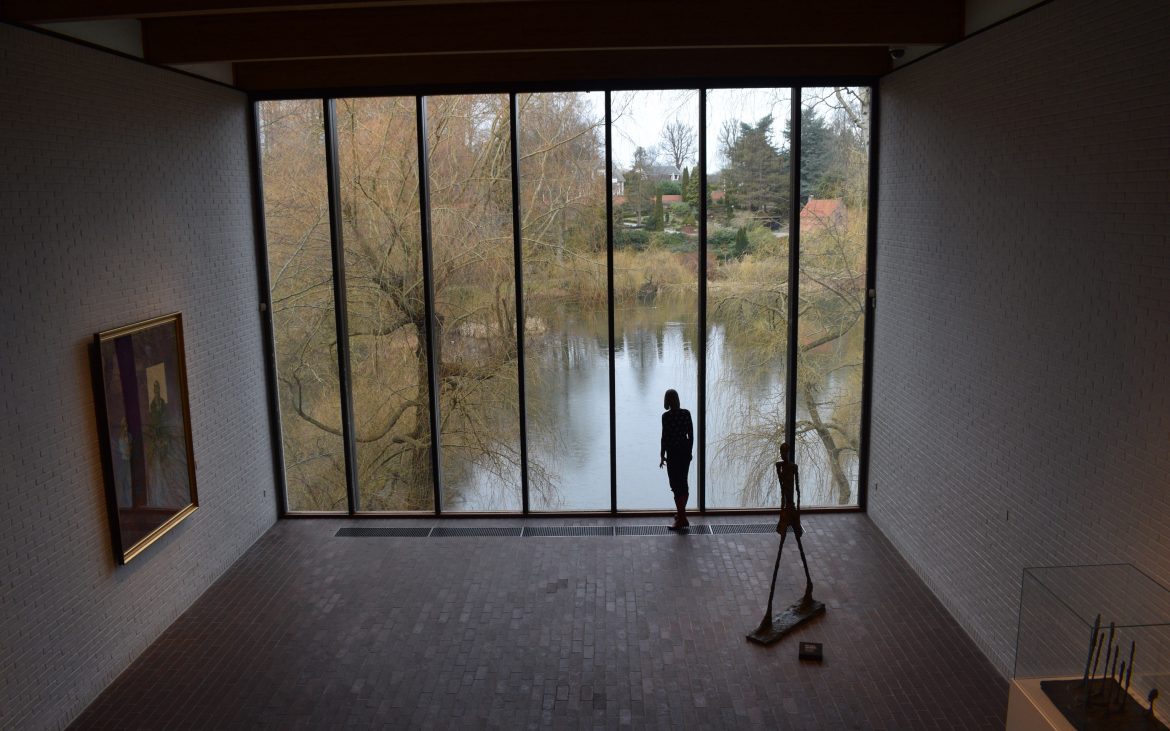 The museum was then expanded between 1966 and 1976, with the addition of a west wing and concert hall. Within this area, you can appreciate the acoustics of the concert hall where live debates, lectures and concerts are held.

Following on the South Wing, annexed in 1982, it’s where you can find Japanese artist, Yayoi Kusama’s permanent installation, Gleaming Lights of the Souls. In the South wing, you can’t miss Picasso’s paintings, woman and flute player II, Luncheon on the grass and The card player II.

For a taste of Danish constructivism (1950-60) you can admire Richard Mortensen’s, Evisa, and two iron sculptures, Opus Normandie, by Robert Jacobsen.

The East wing is also known as the Graphics wing, as it offers the opportunity to showcase drawings and graphics that must not be exposed to harmful daylight.

You will find a wide selection of European and American art dating from post-war years, constructivism and pop art. Jensen wanted Louisiana to be a window to the world and made the museum home to an extensive collection of pop art, featuring Andy Warhol, Jim Dine and Roy Lichtenstein. 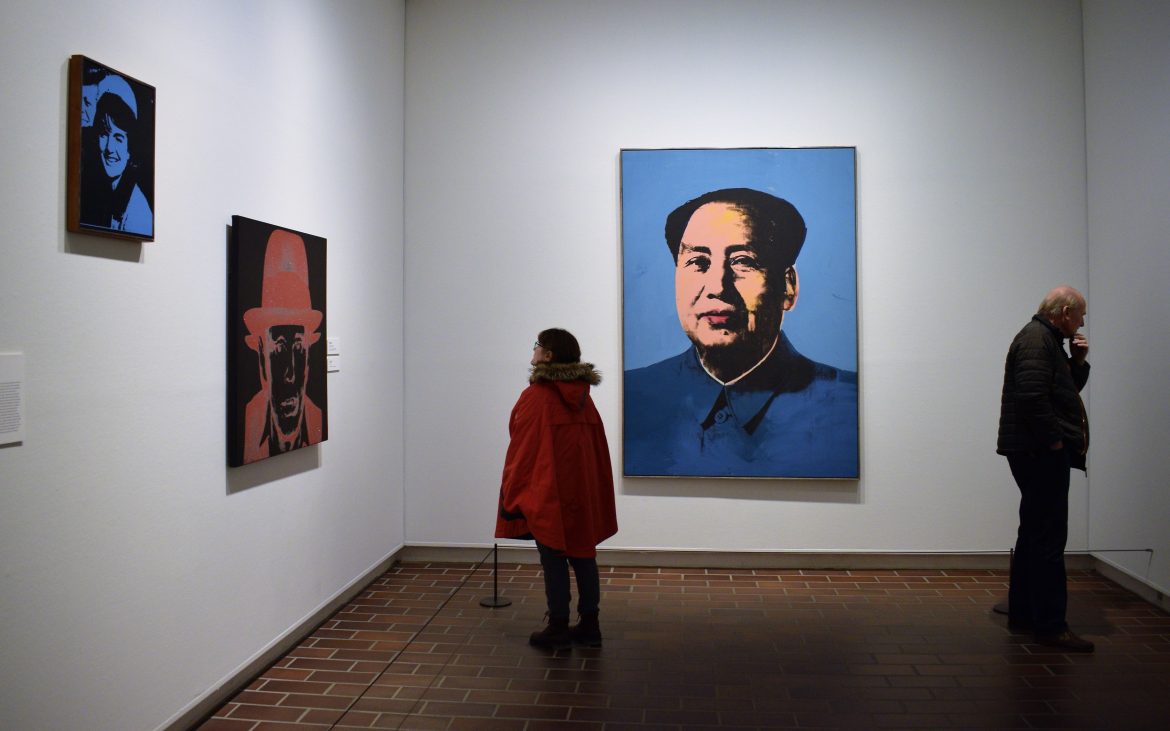 If you are travelling with kids or want to release your inner-child, the Children’s wing is perfect for that. Built in 1994, dedicated for kids to learn about art and embrace their artistic side. It offers open workshops every day of the year, where kids can paint, draw and sculpt.

After an art-immersion, your stomach will start growling and feel drawn to the beautiful cafeteria located in the north wing that features views of the ocean and Sweden.

You’ll probably want to stay away if on a budget, as the prices are not modest. But if you are in a splurging mood, why not tuck into an open rye-bread sandwich or simply hit the buffet, which offers contemporary Danish cuisine prepared with fresh and organic ingredients.

Alternatively, you can always pack your own lunch and enjoy it in one of the garden’s many benches, while simultaneously taking in the surroundings and saving some cash. 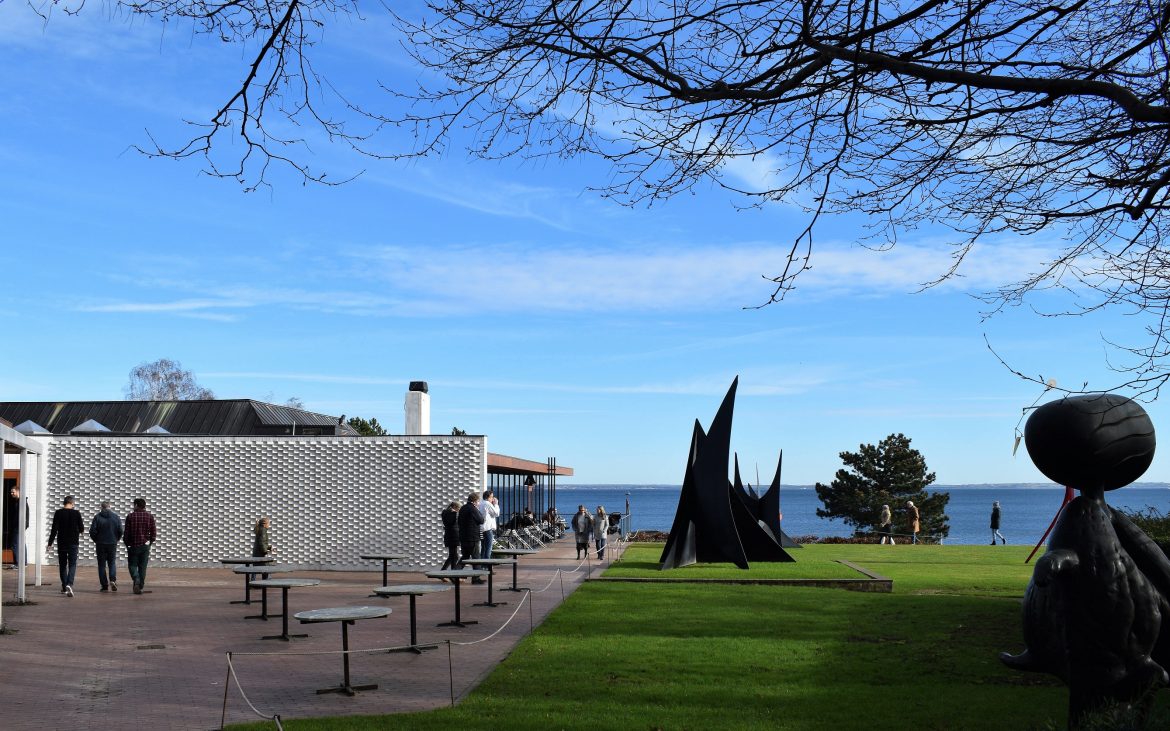 How do I get there?

As for practicalities, getting there is easy. If you are coming from Copenhagen, you will want to get on the Øresund Tog, the regional train, and go north all the way to Humlebæk station. From the station, it is a short ten-minute walk to the museum.

The most cost-effective option is to buy the museum’s ticket at the Danish state railway office (DSB) at the Copenhagen Central Station. This way, you can access a package deal that includes a return ticket from the central station to Humblebæk station as well as the entrance ticket for 210 Danish Krone (£25).

A one-way ticket to Humblebæk station will cost you 92 krone (£11), making the package deal a great option as the train ticket combined with the 125 krone (£15) museum ticket, adds up to a hefty amount. With a valid student ID, the ticket will cost you 110 krone (£13) and young people under 18, can visit for free.

Another option would be to get a 24-hour transportation pass,130 krone (£16), valid for all train zones around Copenhagen, which would allow you to get even further north, till Helsingør and visit Hamlet’s castle, Kronborg.

Either way, whether you take the train, drive, cycle or walk there doesn’t matter, as the Louisiana Museum of Modern art is great fun for all art-junkies or those who simply wish to step up their Instagram game.