Vocalising Queer lives, one song at a time 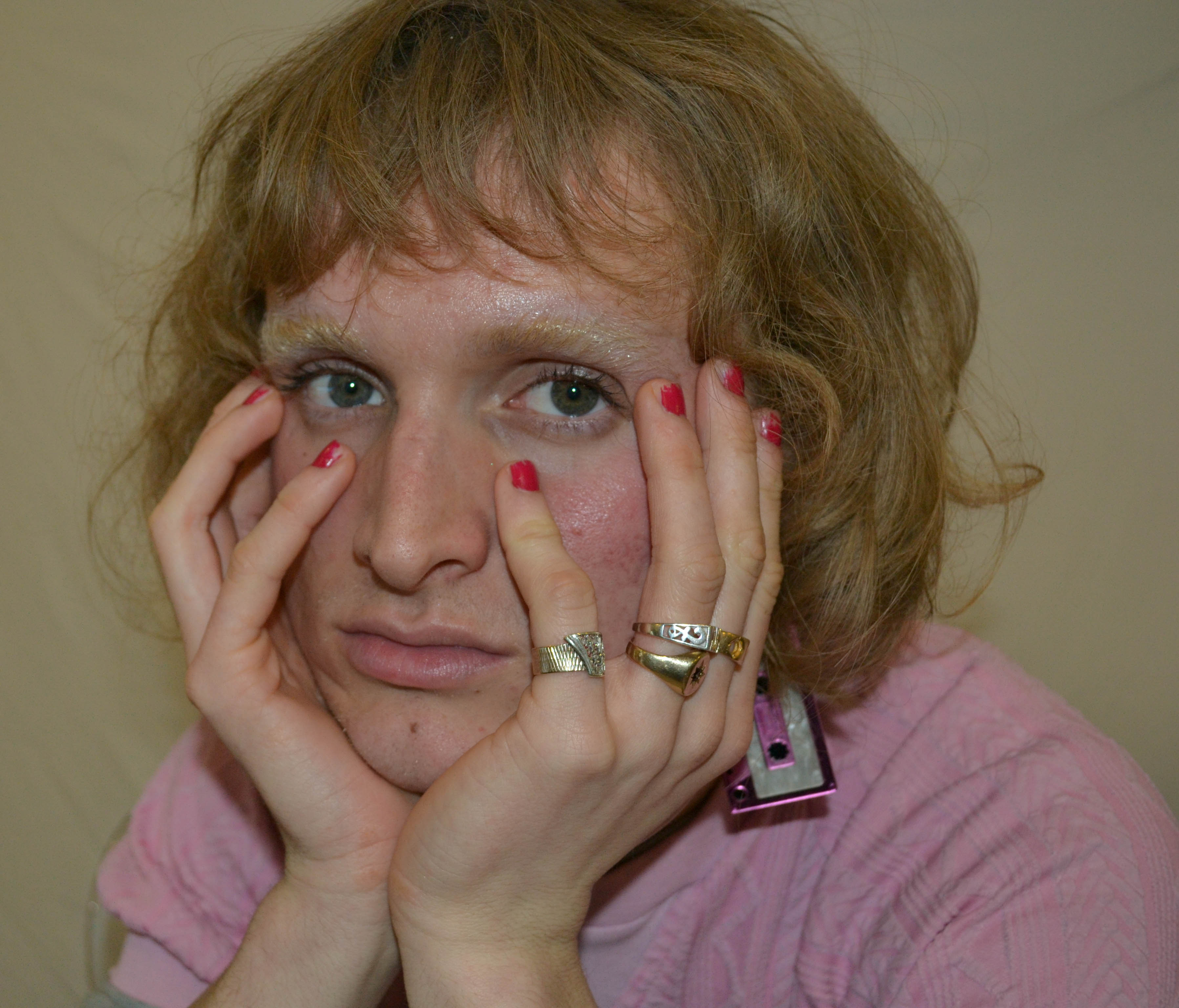 Chester arrives, the candy-floss pink of his thrifted jumper admirably match the metallic pink records that dangle from each ear. Pointing his index finger, adorned with a gold ring reading ‘mum’ he ushers James in my direction. James, while grasping his guitar greets me in possibly the most Geordie way, “Alreet.”

Dark progressive pop perhaps best describes the sound of the Susan Project, a queer collective consisting of two 20-year-old musicians who aim to spread a message of acceptance.

Music provides the collective with a safe space, away from the dangers presented by everyday life. Chester, the vocalist tells us, “You have abuse hurled at you daily, so a show that I’ve put on is the one place that you can’t say anything to me. It gives you a bubble of safety.”

Susan create music which they describe as being “free of rules and messy”, referring mainly to the lyrics.  An ethos that the members of the collective project take further than just their music. They are vocal in the importance of freedom and acceptance regardless of identity, expressing their persona unapologetically by “not censoring anything”. Chester explains that there is power “simply not allowing yourself to be censored.” 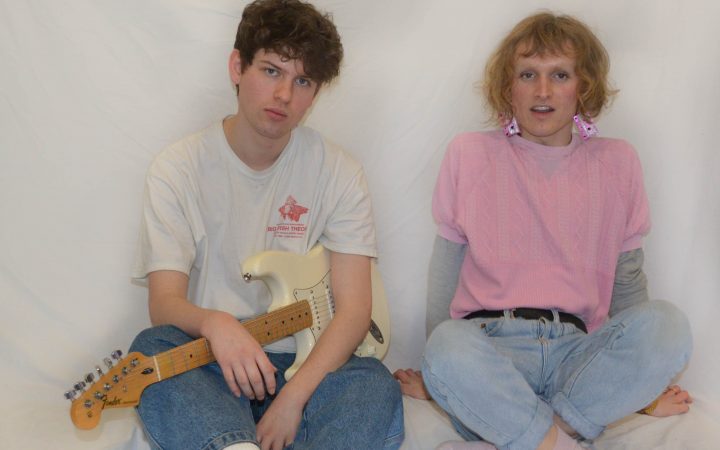 The Susan Project aim to educate through exposure, hoping that by performing to audiences nationwide, exposing them to an openly queer and expressive set it will allow even the most close-minded an opportunity to understand life identifying as LGBTQ: “Exposure is education, and people are only afraid of what they don’t know.”  Looking back, Chester tells us that his Grandad used to turn off the TV when Boy George would come on, in light of this perhaps the Susan tour is rebellion against the archaic prejudice of previous generations.

Their latest music releases in March, featuring songs which deal with, “not feeling accepted, just being queer, the things that you go through, but If I sing a love song about a boy, I know that there will be certain people that will call me disgusting.”

Chester isn’t unfamiliar with prejudice: “I get angry, I think, tomorrow I’ll wear a dress on the same bus, I don’t care. Everyone deals with it in different ways. I grew up in the middle of nowhere, in Nottingham, people would say stuff to you but you just have to be meaner back.”

With roots in both Nottingham and Newcastle, both musicians packed up their lives and headed to London in search of a musically diverse creative sphere. In the hope of free self-expression and an environment of acceptance, a far cry from their Northern roots. 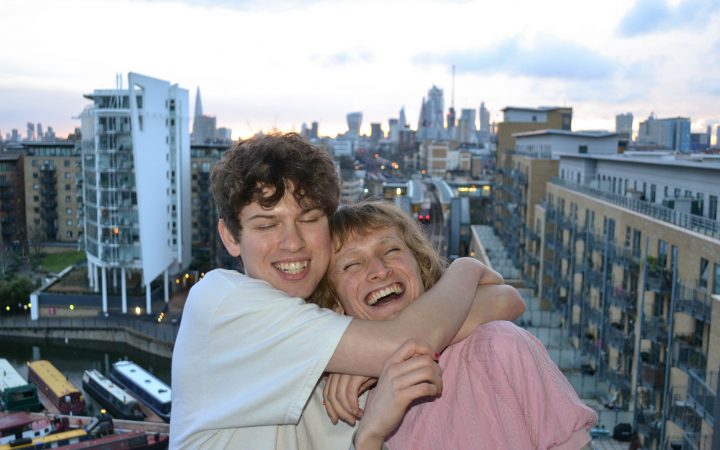 To Chester, London is a place of independent musical expression, free of the unaccepting crowds at home. “In Nottingham, I would play a set and no one would know what was going on. In London, I feel that it has just confirmed what is going on, in a sense.” To James the guitarist, London provides the perfect place to explore his music.

The binary opposition of Chester’s inspiration drawn from internet culture in comparison to James’ nostalgic pre-technology production. Seems to illustrate perfectly their distinctly disparate approaches to music, that blend seamlessly together. “It’s all about being open-minded and accepting what would work and what wouldn’t. With the Susan project, we have combined our varied backgrounds and inspirations. I can come to you [James]with a synth part and you will put a guitar melody over the top, or find another synth melody to put n top which I would never have thought of,” Chester says.

The musical differences of both James and Chester perhaps originate from the influences of their childhood. “We used to have this old Volvo that was so cheap the radio was broken. My dad once picked me up from school, he turned the radio on and played Nirvana, Lithium. The guitar came in, as a child that was magical, I’d never even heard music in a car,” James tells us.

Chester recalls his open-minded musical household: “There was always music playing in my house, whether it was me listening to Cheryl Cole in my rebellious teen phase or my brother playing Lil Wayne or my mum playing Acid House. I fondly remember my mum playing Jack Your Body, by Steve Silk Hurley, to this day.” 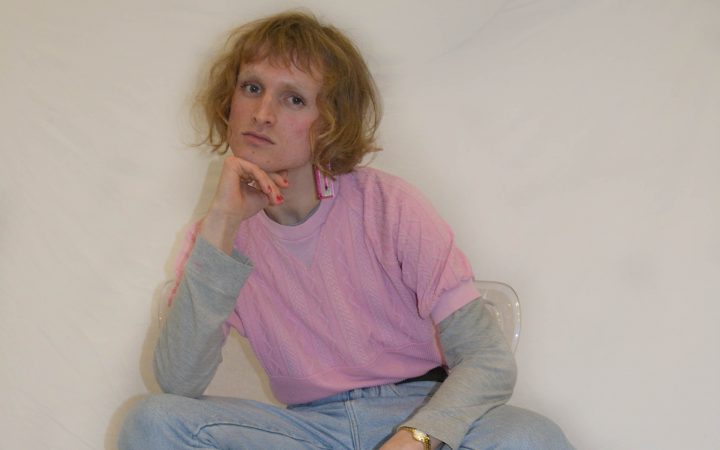 While their roots differ, the collective are as one when discussing their organic method of music production, “I couldn’t sit in a studio and force a song, for me it just doesn’t happen that way,” Chester states. “It comes with patience, it allows us to figure out how we can fit in each-others music. We have grown up on different tastes, you like electronic noises but I turn off, I hear an acoustic drum kit, I start listening and you turn off,” James adds.

When asking about their influences, Chester is clear about the impact of social media, perhaps not surprising of the millennial generation. Not only does social media influence their song lyrics but it also is paramount in allowing the musicians to control their own rhetoric and publicise their music. “The internet opens communities and support networks, it also helps in producing and marketing, getting your music out there, I wouldn’t be doing music without the internet.” Chester says. “I wouldn’t have met James if it wasn’t for social media.” 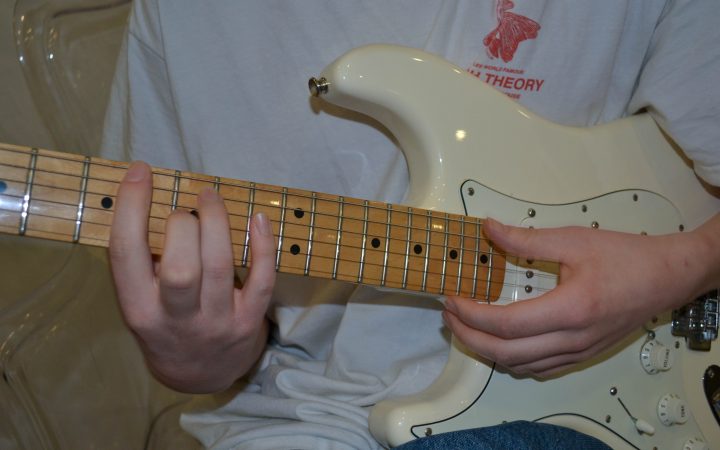 Having recently toured the UK, the collective played alongside musicians of many genres. This presented unforeseen challenges, as many of the acts and their fans contradicted the ethos of Susan.

“Often the crowds weren’t LGBT inclusive which defeats the purpose of our music. We are promoting a queer event where everyone can be open,” says James, while Chester gives an example: “At a show in Sheffield we played with a rock guitarist, we were told that he called us disgusting and left. He was clearly not used to seeing people being open, our worlds didn’t fit and it just wasn’t fun.”

Prejudice isn’t uncommon for the band, both growing up in closed-minded circles, they aim to use their music to create a comfortable space where audience members don’t have to experience how uncomfortable they were once made to feel.  “We just want everyone to come to the gig and feel safe. A lot of the time speaking from personal experience, going to spaces that aren’t meant for you is uncomfortable. But with art spaces, you can be who you want to be.”

Succeeding their tour of the UK, Susan decided to take their narrative into their own hands, by hosting their own night in London on the March 19, something which they say is a “long time coming”.  The collective will be performing alongside other queer performers and will be showcasing the artwork of friends, to create the inclusive safe space that they have been aiming to provide throughout their tour.

For most, presenting the most personal details of their lives to an un-known crowd would be a challenge too big, but underneath the spotlight is where Susan really shines. Presenting himself bare, Chester beautifully encourages LGBTQ voices to stand forward and be heard. We wonder, what does the future have in store for Susan and when can we hear about Chester’s next Tinder date?