The heat is on: tackling climate change 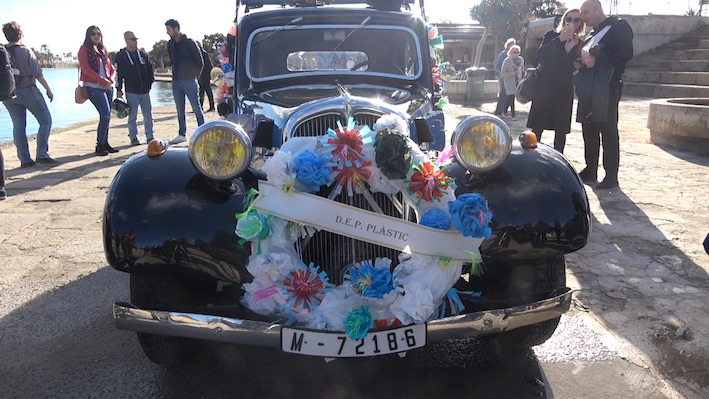 Every year, the sea level rises by 3.3 millimetres. In two decades (1998 to 2018), it has risen by 76.9mm. In the past 10 years, the global average sea level has increased by 178mm. Land ice sheets in both Antarctica and Greenland have been losing mass since 2002; 413 gigatons in total are lost annually. Eighteen out of the nineteen warmest years in history have been registered since 2001.

Carbon dioxide levels in the air are at their highest in 650,000 years: they have reached, this last February, 410 parts per million, far from the normal average which should not exceed 350 parts per million, according to NASA reports. Despite this alarming data, “A real awareness hasn’t been reached both of the crisis we are facing and the changes that are to be done to achieve a long-term improvement”, says Claudia Machuca, member of Quo Artis, a non-profitable organisation that fosters interdisciplinary projects in the fields of science, technology and art.

Quo Artis is currently carrying out a project called Whater: What Water Is Around Us? Last December, they celebrated the D.E.P Plàstic (the “funeral of plastic”), via a public performance in Palma de Mallorca, Balearic Islands; the goal was to show support to the Law on Waste and Contaminated Soil, expected to be implemented in 2021.

The action was addressed to a very concrete law, but the aim was to expand it to a national level. Quo Artis is an example of how civil society can cooperate to fight climate change and work towards a better quality of life, one that takes into account our wellbeing in relationship with our surroundings.

How rare are these displays of willingness? According to Josep Puig i Boix, a former representative of the Barcelona City Council, they are few but growing in number. Mr. Puig explained in the 1970s when American multinationals were given Catalan territories, the locals initiated an anti-uranium movement that ignited his interest in the ecological disaster. 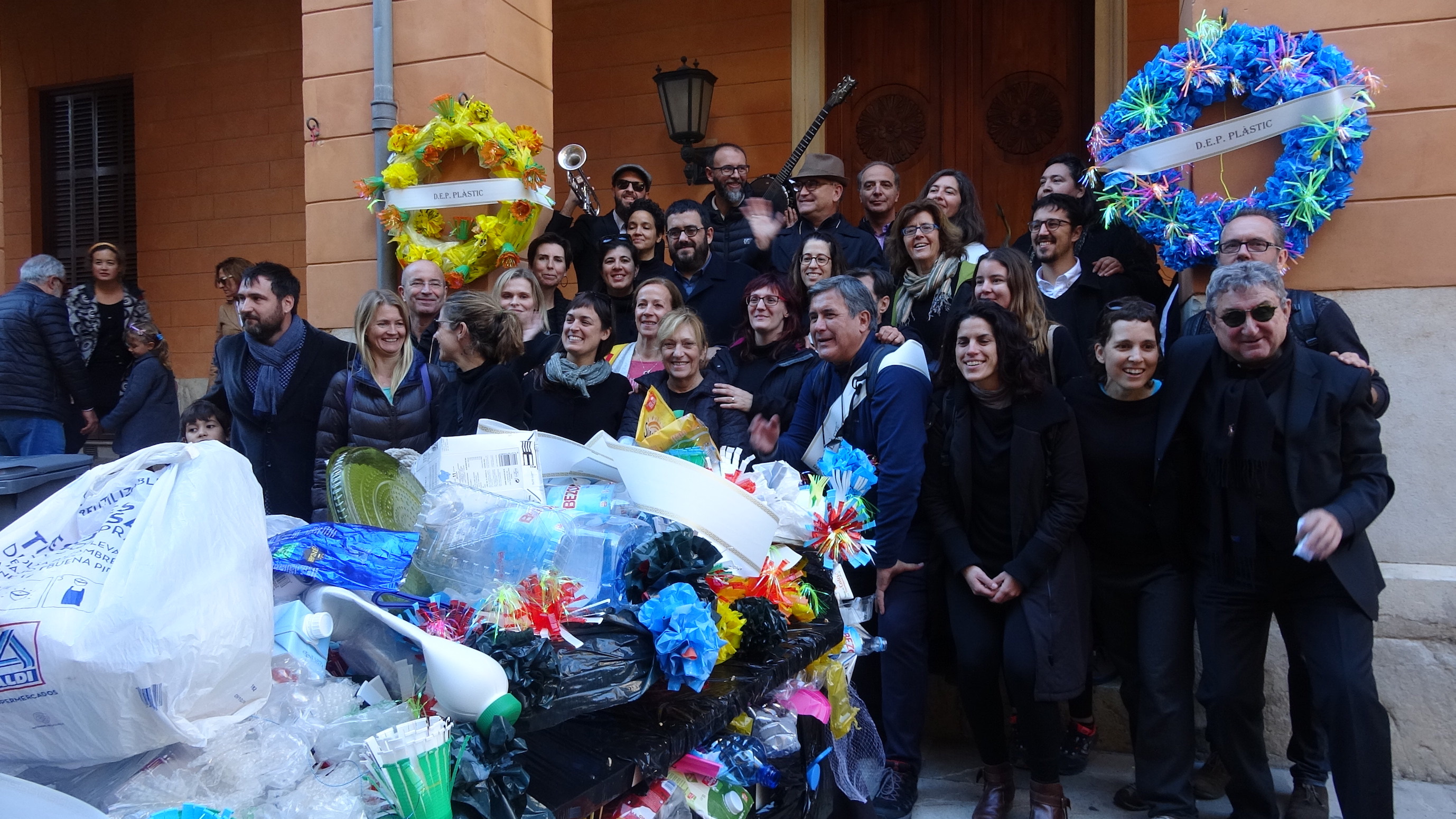 In 1983, the Green Alternative tried to enter parliament. Eventually, he became the first green councillor ever in Barcelona (1995-1999). In that position, he imported the New York model of the 1970s by promoting the Earth Day, and in 1996, the city held the first Earth Fair. The public’s disengagement with the wellbeing of the environment made him want to raise awareness and give visibility to those collectives that were working to change the lifestyles of consumer society.

Earth Day has taken place in Barcelona (as in many other cities in the world) for over two decades now. More than 200 artisans and 100 NGOs collaborate. “By offering the example of people living with a different logic, producing their own goods and only those necessary,” says Pep, “the fair allows us to establish a dialogue between the common, capitalist lifestyle and the alternative one. One that is driven by the right questions.”

Asking the proper questions is crucial to achieving a positive outcome, he/she adds. “Much of Western culture, and North American society in particular focus on having the ‘right answer’ rather than discovering the ‘right question’. Our educational system focuses more on memorisation and rote answers than on the art of seeking new possibilities”.

Raising questions about whether it is possible to live with different parameters than those of consumer society and, more importantly, what are the steps to arrive at such stage, is what has given birth to the Earth Day fair in Barcelona. Not only that, it has given birth to an entire community of people who believe and are able to demonstrate visibly that adopting a new perspective of life, a new mindset, is not a utopia but a feasible option.

“Carbon dioxide levels in the air are at their highest in 650,000 years”

As Victoria Sacco from Quo Artis points out, everyday life makes it very difficult for such a model to be implemented: “The world as we understand it should be deconstructed in order to achieve a truly eco-friendly planet,” she says.

Our lifestyles, that rely on industrial production that contaminate and destroy the planet, are so rooted in our society that it seems difficult to operate a change of paradigm. Sacco adds that “the official logics are implemented but the circular economy – which is currently debated in Europe- should become a logic of necessity”.

The concept that you buy a product and once you don’t need it anymore it can be given another use by someone else, is a proposal that is worth attention. It would entail a significant reduction of the use of natural resources and shows there is already an ongoing flow of new ideas, suggestions and programmes that promote change. Until recently, smoking was allowed everywhere, and it was normal to leave behind all the leftovers after a picnic in a public area. With time, we’ve incorporated a series of behaviours that show the evolution of the relationship between human beings and their environment.

There are lots of projects and businesses committed to making greener changes. Restart Parties in Barcelona, for example, are gatherings where people can bring their electro domestic products that are not working and find people who teach them how to fix them.

Another project is the Earth Day Fair of Barcelona. Much more than a showcase of artisanal clothes and eco-friendly groceries, the fair underlies an alarming reality: if individuals do not make the effort to a coalition to fight the exploitation of nature and the system within, there will not be an effective change. These actions may only be small, but they show that a new logic is starting to emerge and prevail over the mainstream, economic-centred one. 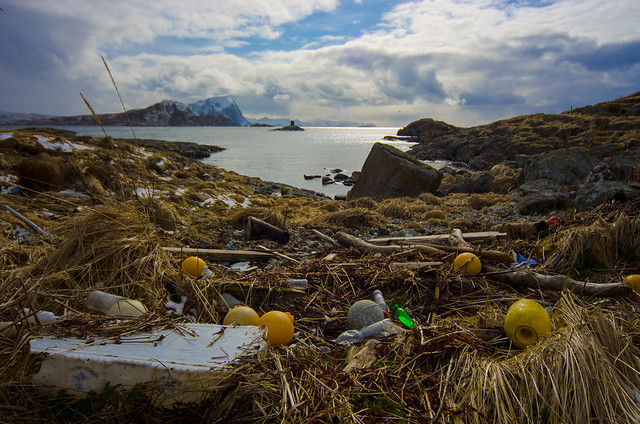 But where does this lack originate? “Political parties are a reflex of society,” says former Barcelona City Council rep Josep Puig i Boix. “People have demonstrated insufficient interest and, as a result, their representatives take advantage of it and avoid forwarding policies about the environment as a central element.”

Puig i Boix introduces the crucial problem of our case: a never-ending chain in which individuals and authorities continually justify their disengagement. People are not keen to change their comfort-oriented mindset, thinking their individual efforts are futile if they are not backed by the City Council. The government is not keen to foster policies that address climate change issues because it is not demanded by the public and, in light of winning the elections, they would rather use impulse measures that are akin to voters’ concerns.

Those concerns are, precisely, economic and social stability and, moreover, technological advancement to ease daily tasks. According to the CPIA (Country Policy and Institutional Assessment) environmental sustainability rating in Europe and Central Asia, the commitment of the countries belonging to that region didn’t change from 2005 to 2017. The value remained, in fact, stationary at 3.2 on a scale of 6.

As long as this Western logic persists, it will be unstainable for the very dynamics that exist in Western societies between people and authorities to consider the safeguard of the environment. As Puig i Boix suggests: “The public administration should play an active role: stimulate the people’s conscience. You don’t see propaganda in the streets, nor the official media communicating the gravity of the problem.”

When you listen to the radio(?), you are told there is going to be a strong wind or that the temperature is about to rise to 42 degrees Celsius. But you hardly hear the cause of these extreme phenomena, the heavy impact of climate change – yet it should be, according to Puig i Boix, a primary concern, more than economics. “The dictatorship of the economy should be broken. Money is a tool, not an end,” he says.

The goal of our society should be to live well, and for that, we cannot turn our backs on the emergency of climate change. If we want to achieve a substantial and permanent solution, we need to work all together, says Pep. “Individual change and collective change are necessarily bounded. Mass demonstrations at the moment are not sufficient; it’s fundamental to have more of them.

The change needs to arise from a communion of forces, both from the authorities and the citizens, from the realisation that a structural reform of our vision of life is required.” So, what is the best question we are asking ourselves? What is moving us?

“Our lifestyles, that rely on industrial production that contaminate and destroy the planet, are so rooted in our society”

‘How to be the best in the world?’ is a question that has been placed as the ultimate objective of our lives, no matter what generation. Our duty as millennials is to change this perspective. We can still be ambitious, but we ought to focus our ambition not only on economically profitable terms. We think we need better jobs, to get better salaries, to live in bigger houses, surrounded by more luxuries and the latest technological devices.

But all of this won’t matter once we no longer have a world in which we can enjoy them. We seek happiness, but do you know what happiness is truly composed of? The Happy Planet Index is calculated as the product of wellbeing, life expectancy, inequality outcomes, all of these divided by the ecological footprint: the average impact that each resident of a country places on the environment. The environment matters. Our world matters.

Millennials live under the impression they have no capability of changing our relationship with the planet. Our natural tendency to exploitation is so deeply rooted in our Western logic that we see little hope of improvement on the horizon. But it does not necessarily have to be this way. We, all together, hold the power to foster a change.

Climate change is not a trend, it is an emergency calling for us. We need to find the strength to face it and fix it. The world changes in the directions of the questions we ask. And, as Marilee Goldberg (The Art of the Question, 1998) claims, “a question not asked is a door not opened”. Therefore, the question that drives us should be: How to be the best for the world?