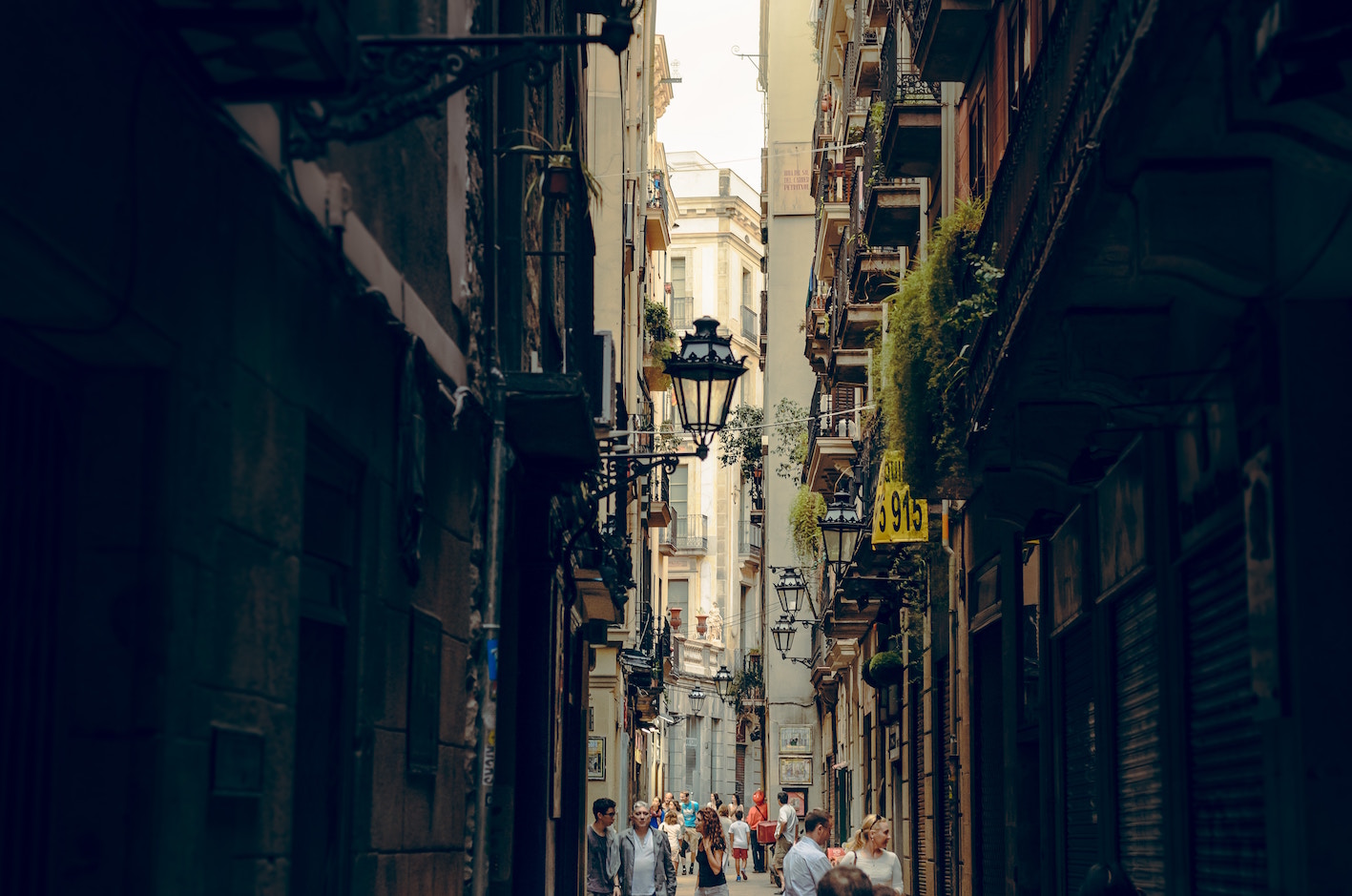 Susan is 53, has a university degree, and speaks six languages. A few weeks ago a stranger offered her ten euros in exchange for sex. This was not the first time it happened. Susan is one of the 3,500 people who live in the streets of Barcelona.

In fact, her case breaks misconceptions about homelessness, and especially about homeless women. Only 11% of rough sleepers in Barcelona are women, says Albert Sales, a professor of Political Sciences at Universitat Pompeu Fabra. That female homelessness is less evident does not mean it does not happen, though. Indeed, the scarcity of housing access puts women in situations of high vulnerability which remain buried due to a restricted interpretation of homelessness. 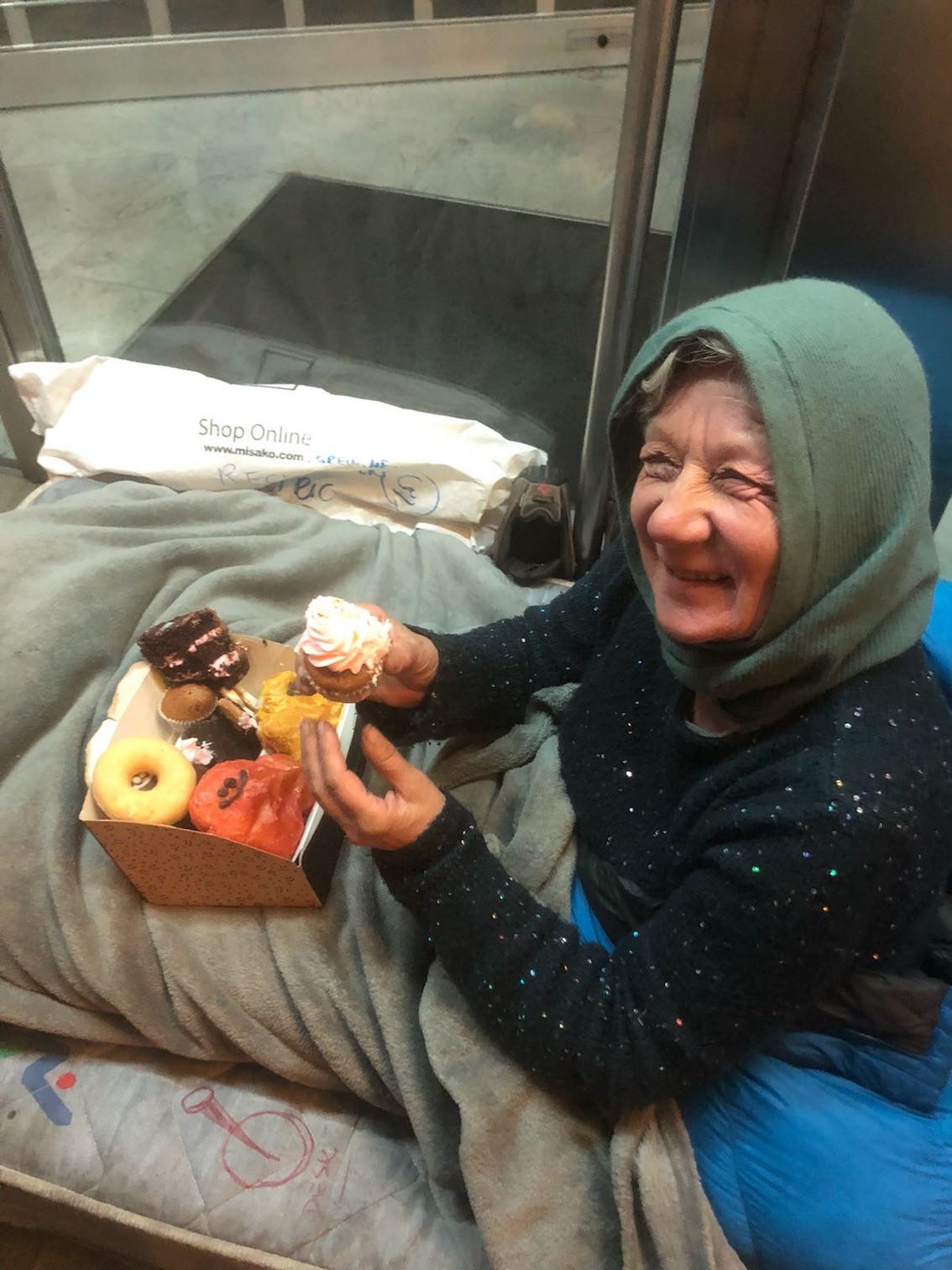 In Barcelona, several organizations and institutions that manage homelessness organized in a network of 33 institutions and NGOs for an inclusive Barcelona. Its purpose is to accompany homeless people in the recovery of maximum personal autonomy and to encourage the detection and linkage of these people with society.

The City Council of Barcelona is the driving force behind it and a member of the network. One of the organizations is Arrels, which since 1987 has accompanied over 11,500 homeless people on their way to autonomy by offering accommodation, food and healthcare. Last year, members of Arrels and other volunteers spent three nights in Barcelona’s streets talking with homeless people and mapping their situation and needs.

The degree of vulnerability is the result of several factors, including the state of health of homeless people, whether they have suffered aggression, the time they spent living in the street, their age, or their administrative status.

José Manuel, a volunteer at Santa Anna, a medieval church in the heart of Barcelona that has become a haven for the homeless, said: “When women stay on the street they deteriorate physically much more than men.”

He tells about a young woman from France who is about 30: “She has been coming for about six months. In that period of time, she has deteriorated a lot physically for reasons such as hygiene, health, drugs… everything can affect.”

“When a woman has arrived at a hospital or has left a detoxification centre, that is when we come in,” says Maribel Muñoz, the director of Llar de Pau, a charity that helps women in situations of social exclusion. 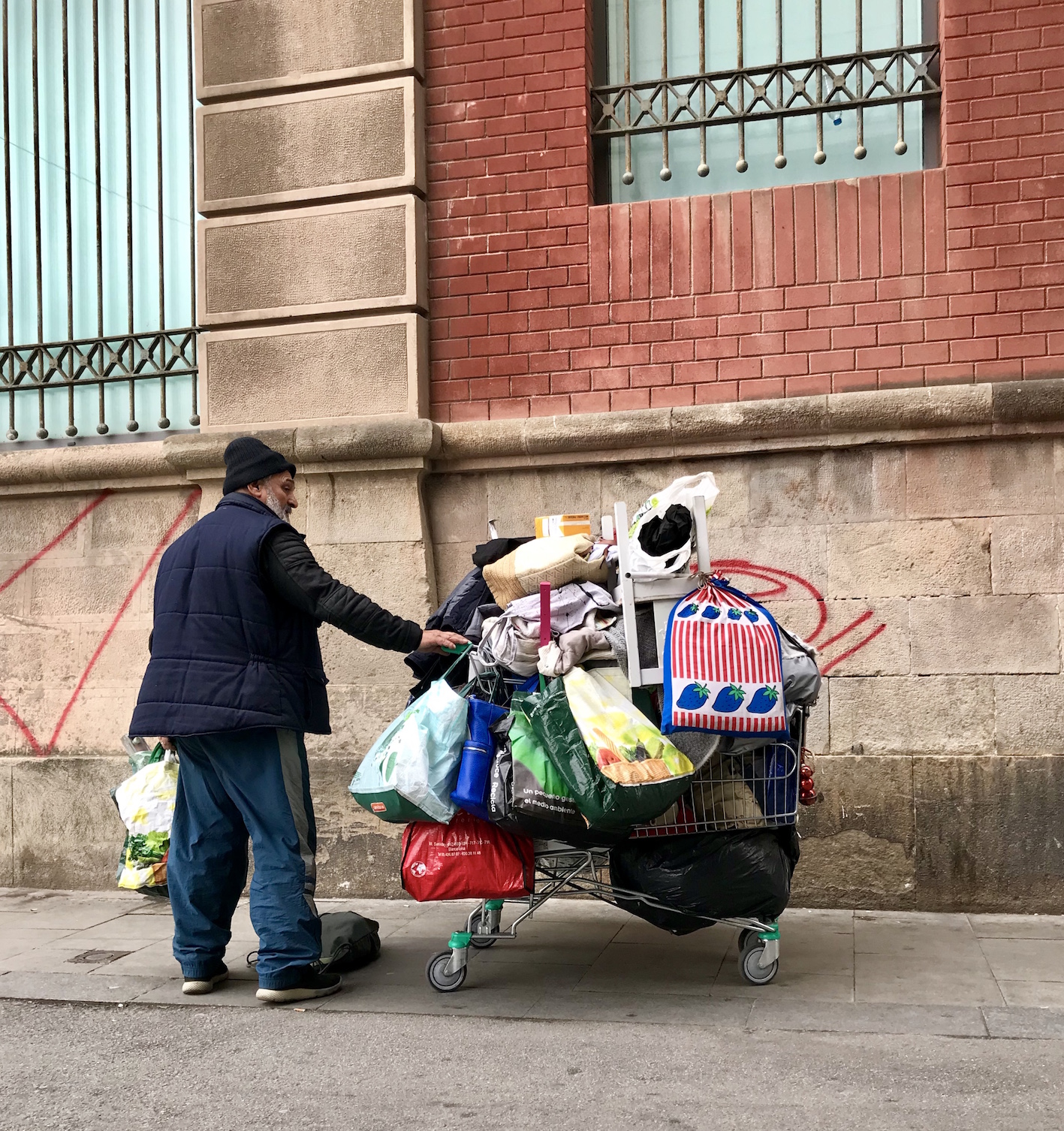 According to Muñoz, for a homeless woman physical recovery goes faster than psychological recovery. Mental health is one of the most complicated parts to deal with. Susan openly shared her satisfaction of living in the streets.

However, most homeless women are forced to live without a home after they exhaust a set of personal and social resources to access stable living conditions. Homeless women seek a roof in their closest ties so they do not spend the night on the public thoroughfare.

To survive on the street, a woman has to make a much greater effort. According to Maribel Muñoz, the director of Llar de Pau, women generate several strategies to survive in the street, including prostitution. Homeless women use prostitution as a mechanism to obtain the goods they need, which makes them more vulnerable and puts them at risk of suffering illness, aggression, or robbery. Motivated by the improvement of their living conditions, many of them end up as victims of trafficking.

Gender-motivated violence and homelessness are fully related, especially when we look at street situations, and are later very difficult to recover from. Once a woman ends up on the street, violence and sexual harassment become common. According to a homeless people survey from the National Statistics Institute, in 2012, 24.2% of homeless women underwent some sort of sexual assault. Most of the times, society has a lot of prejudice about the homeless. 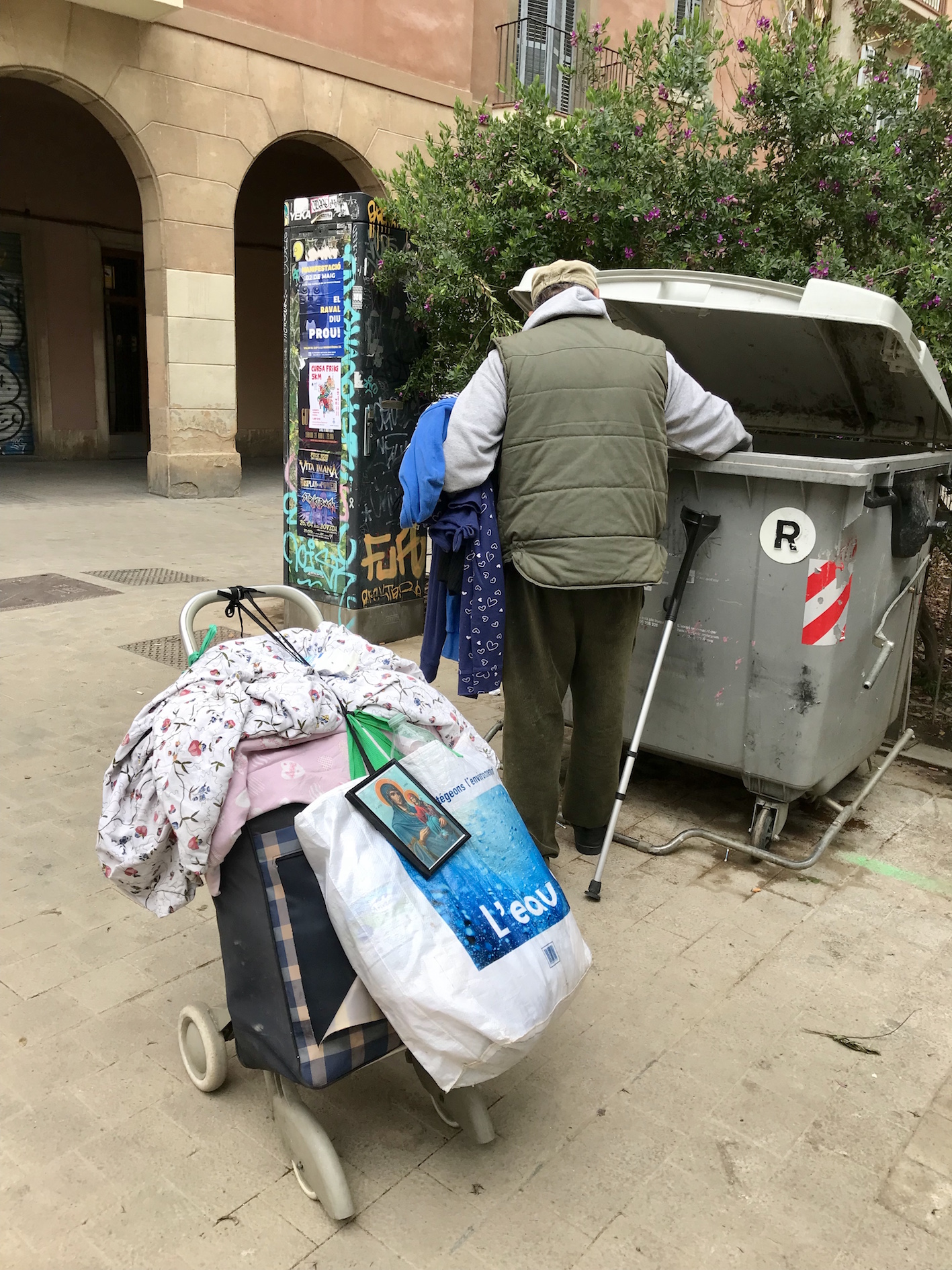 not good education, but in reality, they are often people who have had a job and a family, people who have had it all. As Maribel, director of Llar de Pau said, the line is very thin. We tend to think that homelessness takes us from afar and that it has nothing to do with our lives, but falling to this situation is very easy, as re-inclusion is very hard to achieve.

Karina, also a volunteer at Santa Anna’s church in Barcelona, ended up living in the street due to a bad economic decision. She used to have a regular life when suddenly everything changed, but her desire to carry on helped her successfully leave the streets two years later. Now she has two part-time jobs aside from the volunteering she still has time to do in Santa Ana’s church. It is not easy, but it is not impossible either to go through this type of experience.

On the 23rd of April, Catalonia celebrates its patron saint Sant Jordi (Saint George), and the traditional day of love, where lovers exchange a book and a rose. On what is a relatively warm, usually sunny spring day, Barcelonians swamp the streets that are occupied by stands that sell roses and books.

The Barcelonian foundation Assis promoted a project where people could send roses to homeless women. In terms of aid from the local or national governments, some organizations recognize that they are many times complementary. Maribel Muñoz, says that private and public organizations have to follow the same goal and be interdependent.