Eesha is a twenty-one year-old with no money and even less will power, and she loves to shop. Online shopping has made it so much easier for her, so really, can anyone blame the poor woman?

If you think online clothes shops are difficult to resist, just think about the social platforms like Instagram and YouTube. They’re creating a hub for people like Eesha to scroll through co-ordinated outfits on social-climbing models, who inspire her love for clothes and make-up at a rate she demands. It’s like the universe is urging Eesha to keep spending money that she doesn’t have.

And of course Eesha is going to keep spending it. These online influencers wouldn’t be posting and recommending these expensive highlighter drops or those suede thigh-high boots if they didn’t think the products are worth her money. Right?

Instagram has just launched its new ‘Branded Content Ads’ and the new policies ensuring that influencers are transparent about sponsored content which they say are moving towards being more honest in online communities such as fashion and make-up. 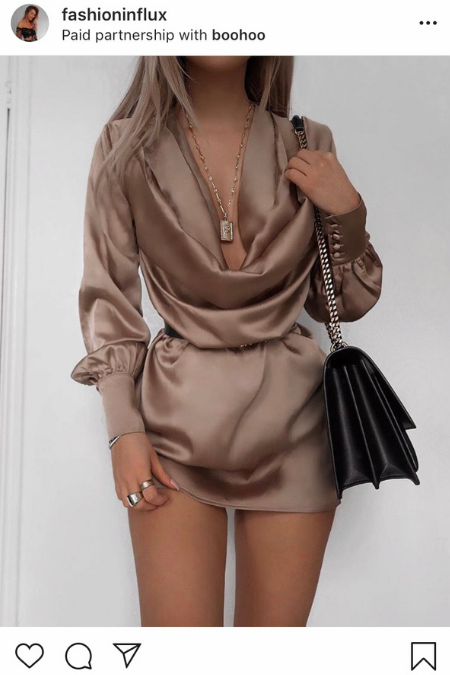 But with the growing concerns about online influencers and their credibility, there are questions about how authentic an influencer’s thoughts are on certain products and whether people like Eesha should be emptying their bank account every time their favourite YouTuber posts a new make-up tutorial.

With the influencer marketing industry set to make $10 billion (£8 bn) in 2020, it’s hard to imagine anyone that wouldn’t post sponsored content for a piece of the action. The Digital Marketing Institute calls Influencer Marketing a more sophisticated version of word of mouth, but for social media platforms like Instagram, Facebook and YouTube.

It’s always a bit spooky when I see a top, that I’ve been checking out online, pop up on my Instagram feed, but it’s not an event that surprises me anymore. A recent addition to my feed, one that has replaced my normal – admittedly, obsessive – tactics for online shopping, is checking out influencers that are captioning where their clothes are from so I can go straight from my Instagram feed to that brand’s shopping experience.

The influx of smaller influencers on these sites means brands are increasing their budgets for influencer marketing because people have always trusted other people opinions’ more than paid advertising. This is a way for brands to bring both together to ensure they’re bagging the right audiences’ attention.

On YouTube, it’s easy to get confused about how credible an influencer is. With review videos being the first point of recommendation, I only have to search ‘Laura Mercier Translucent Setting Powder’ for more than 50 videos that can entertain, and inform of course, me for the best part of an afternoon. Brands send products to these YouTubers for free, and so how does the average consumer know that an influencer isn’t saying good things just to be kept on a PR list, even if they’re not specifically paid to release a video about that product?

Samantha Ravndahl, a Canadian YouTuber and the sole reason for my make-up habits, is one of the first people to step away from influencer marketing. In November 2018, she revealed to her subscribers that she would no longer be accepting PR from brands and explained why in a 24 minute video.

One of the main reasons she is declining these free brand releases is the impact on the environment, and she added: “PR is 100% a business transaction. It’s not because the brands just really like these influencers and think they’re great and talented. It’s part of their marketing budget to send out product so people hopefully post about them to get a return on sales.” 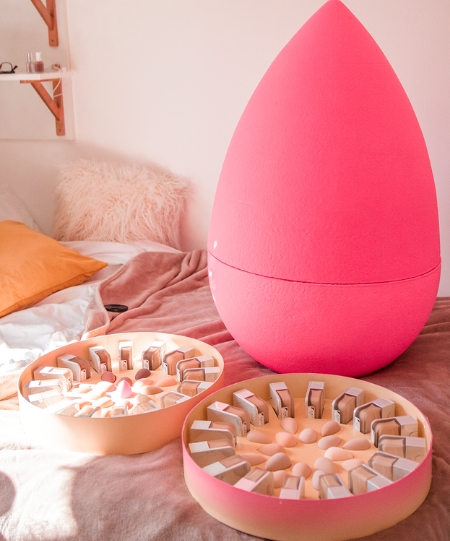 A total of 32 foundations, 33 sponges and a large pink egg [Gemma Louise]

Beautyblender, a brand known for its make-up sponges, didn’t cause the stir they should have when they sent out their products to make-up influencers in the YouTube industry. When launching their first ever foundation back in July 2018, Beautyblender sent all thirty-two shades to several YouTubers in a pink, egg-shaped package, a homage to the product that put them on the map.

Even someone who wears make-up everyday doesn’t need 32 different shades of the same foundation. But the excess didn’t stop there; the package also contained a matching sponge in correspondence to every colour, plus their original pink product. A total of 33 sponges and 32 foundations sent to several influencers for the chance to be featured in a video.

Once the foundations have been opened, which happens a lot if the influencer chooses to swatch all of them for their viewers, they’re harder to give away and so end up being stored in their make-up collection instead of being re-cycled.

Samantha is said to have removed herself from more than forty PR lists. On a busy week, she would receive 20-30 free products, and she believed that had to have an impact on the environment: “Product waste aside, the packaging that it’s sent in is excessive. I live in a house with eight people total, I alone create more waste than the entire house put together. There’s not enough room in the recycling pick up, so I pay someone to get it and sort it. I pay around 600 Canadian dollars (£368) every month.”

Eesha might not be as fussed about the packaging element of the make-up she buys, but she definitely has a problem with the hype surrounding every release. In recent years and supported by the increasing number of make-up artists using social media as a portfolio for their talents, the industry has seen more releases of new products than ever before, so it’s easy to get overwhelmed by all the new products being talked about online.

Eesha uses both YouTube and Instagram for purchasing inspiration and has a lot to say about it: “The first product I bought online from reviews is the Urban Decay Naked Two Palette, and I literally do not touch it anymore. It’s not something I would usually use but I got so caught up in what everyone was saying about it that I had to buy it.

“You think ‘surely it can’t be that good’, but then so many of these influencers talk about it and your mind changes to ‘maybe it can be that good’. And then loads of people start using it and of course you want to try it yourself. I’ve found that these products are never as good as people say.”

Eesha doesn’t hesitate when I ask her what product she wishes she didn’t buy: “Tarte Shape Tape, it’s really good but it’s too expensive, and YouTubers don’t take into account the shipping because it’s sent to them for free. But because people rave about these things, you want to try it out and see if it’s good.” 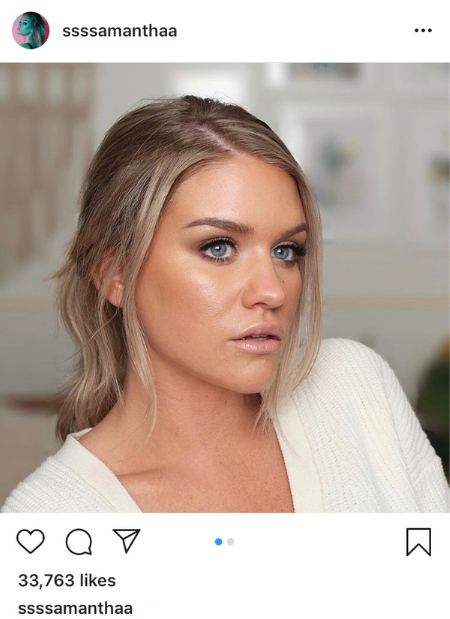 Is it fair to say that paid sponsorships with brands means that the influencer is automatically bias about the product? There are plenty of Instagram models and YouTubers that claim that they’d never partner with a brand if they didn’t like the product, but numerous occasions have seen influencers being called out for partial reviews.

Eesha is a consumer who just wants to know if she’s getting her money’s worth: “Everyone’s a human being, you can’t be unbiased. Surely there’s a part of them that doesn’t want to be kicked off of PR lists. I know some influencers have, because brands haven’t appreciated what they’ve said about them.”

Samantha has been known to express her opinion, even if she’s been given an item for free by brands: “It’s very important to me to be honest [to my viewers] as I can. Even when I’m doing sponsorships, I push constant for [brands] to let me talk about any possible downsides, who the product’s better suited to, things like that. A lot of [my viewers] rely on reviews from influencers to determine what they’re going to spend their money on that they’ve worked hard for.”

But is the quality of a product all that consumers think about when making a purchase? Eesha tells me it’s so much more than that: “If something’s sold out online, or an interaction with customer service is bad then these make so much of a difference and they don’t have to worry about that because they know they’re just going to receive the product without any hassle. It’s important to remember that even when an influencer says that PR releases won’t change their opinion, their experience with the brand is already so different.”

And this is something that Sam has affirmed: “It’s really easy for me to recommend something to [my viewers] when I didn’t pay for it myself, I didn’t have to pay any shipping costs, I didn’t have to pay any import duties, and furthermore, a lot of the time, I don’t even know how much that product costs. I’m so desensitised to it now, because I’m so used to product just showing up at my door, that it has no value. When I buy something, I do find that I’m more critical of it.”

If online influencers had to go through same ordeal as the average consumer does every time they buy a new product, would their opinions be any different? What we do know is that we can’t always trust their experience is the same as the average consumer, and that does impact whether we should be taking advice on how to spend our money from people who get sent £160 eyeshadow palettes and don’t bat an eyelid.