Official figures have recently revealed a 1,200% spike in visitors to Chernobyl since 2016 – According to The Independent, since HBO’s mini-series Chernobyl and David Farrier’s Dark Tourist were released in May 2019, more than 87,000 people have visited Chernobyl, up from 72,000 in 2018.

“We already feel an increase in demand, but we expect peak rises nevertheless next year,” says ChernobylTour, a licensed Tour Operator Agency since 2008.

Although the city of Pripyat still displays much higher than the average levels of background radiations, the site has been opened to the public since 2011 and it is considered one of the world’s top Dark Tourism destinations. 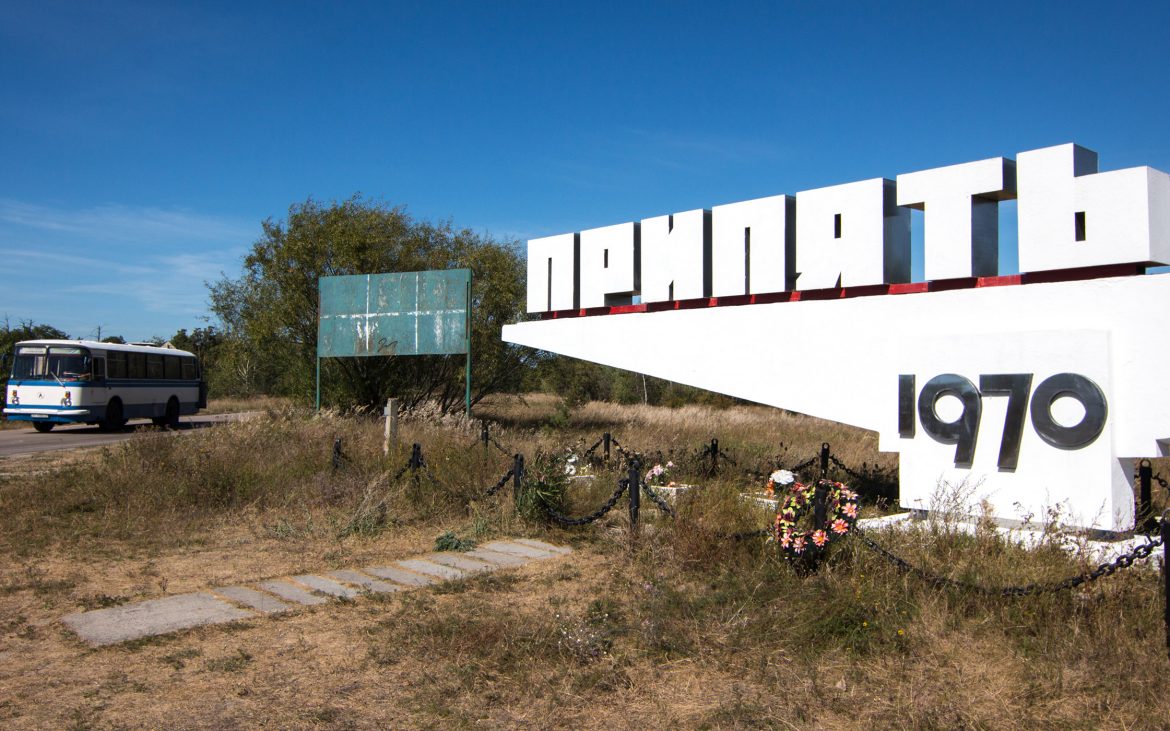 The entrance to Chernobyl [Darmon Richter]

Dark Tourism is the act of visiting destinations that are strictly connected to death, disasters and tragic events both natural and man-made. Other significant sites of interest for a dark tourist include concentration camps, prisons, massacre sites, haunted houses, and battlefields.

The term was first coined by Professor John Lennon in 1996, however, people have always been fascinated by these kinds of experiences, which offer the individual a strict connection with a feeling of both fear and satisfaction.

The Roman amphitheatre – The Colosseum – is considered to be one of the earliest forms of dark tourism. It was a place where people went to attend a public show of brutal games in which slaves, condemned criminals, free Romans, Emperors, and animals fought with each other, often to the death, for entertainment.

In his book Dark Tourism, John Lennon claims that the destinations of a dark tourist are places which convey a feeling of doubt, anxiety and possibly reflection regarding humanity and society’s capability in relation to the present condition.

Such sites include Auschwitz in Poland, the Killing Fields in Cambodia where hundreds of mass murders were committed, Chernobyl, the National 9/11 memorial in New York, Kim Mausoleum in North Korea, Robben Island in South Africa, and the Totalitarian regime in Turkmenistan. These are only a few destinations that thousands of tourists visit every year.

Darmon Richter, a student of history, a travel writer and self-proclaimed original ‘Dark Tourist’  has visited Chernobyl at least 20 times. The first time was in 2012.

“That was definitely dark tourism as our group was led on a pre-planned itinerary through one artificially staged room after another, where gas masks and dolls had been arranged since the disaster to create ghoulishly photogenic dioramas.” What keeps him going back, though, is the realisation that there is far more to Chernobyl beyond the mainstream tourist experience. 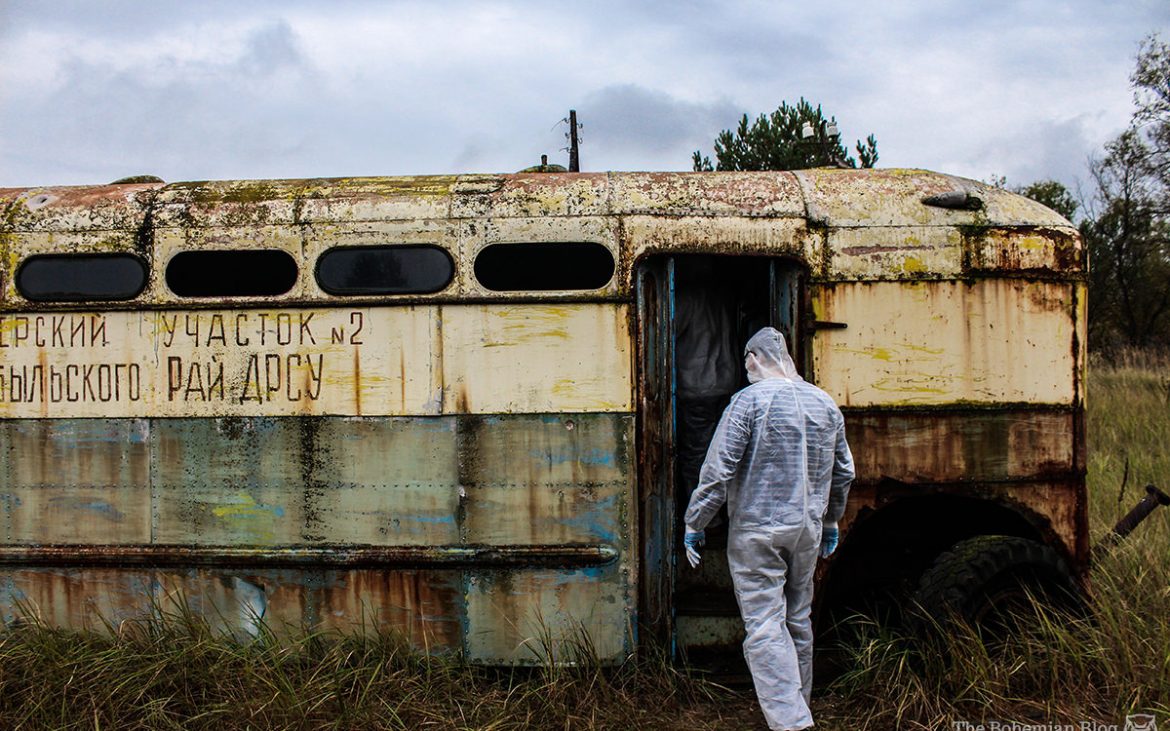 “While many tourists are drawn to the region to wade through the debris left in the wake of the 1986 disaster, I found that Chernobyl’s value extends far beyond that – the nature and time of its abandonment sets this place apart as a truly unique record of a way of life no longer practised in the world: visitors have the chance to explore model Soviet cities and villages, frozen as if preserved in amber. It’s almost like a Soviet Pompeii.”

Richter considers dark tourism to be the most educational form that tourism can take, and as he says: “it often ends up tackling some of history’s hardest or most controversial questions.”

Richter is not drawn to these places because he is fascinated by death, but rather because “events that involve large numbers of dramatic deaths, will invariably affect the course of human history in profound and interesting ways.”

Other than the academic concept of Dark Tourism, there are many motivations and reasons which drive people to take such a form of travelling. Personal satisfaction, thrill-seeking, morbid fascination, and “death fetishism” (attributed by American philosopher Robert C. Solomon) are the most common adjectives attributed by the media to identify dark tourists differentiating themselves from others.

Despite such compelling factors, the majority of the so-called dark tourists have educational and instructive purposes. “I began to find that the way people treated dark tourism destinations was sometimes just as interesting as the history itself. I found that ‘dark tourists’ mostly tended to be more thoughtful, philosophical, than the average travellers,” Richter said. 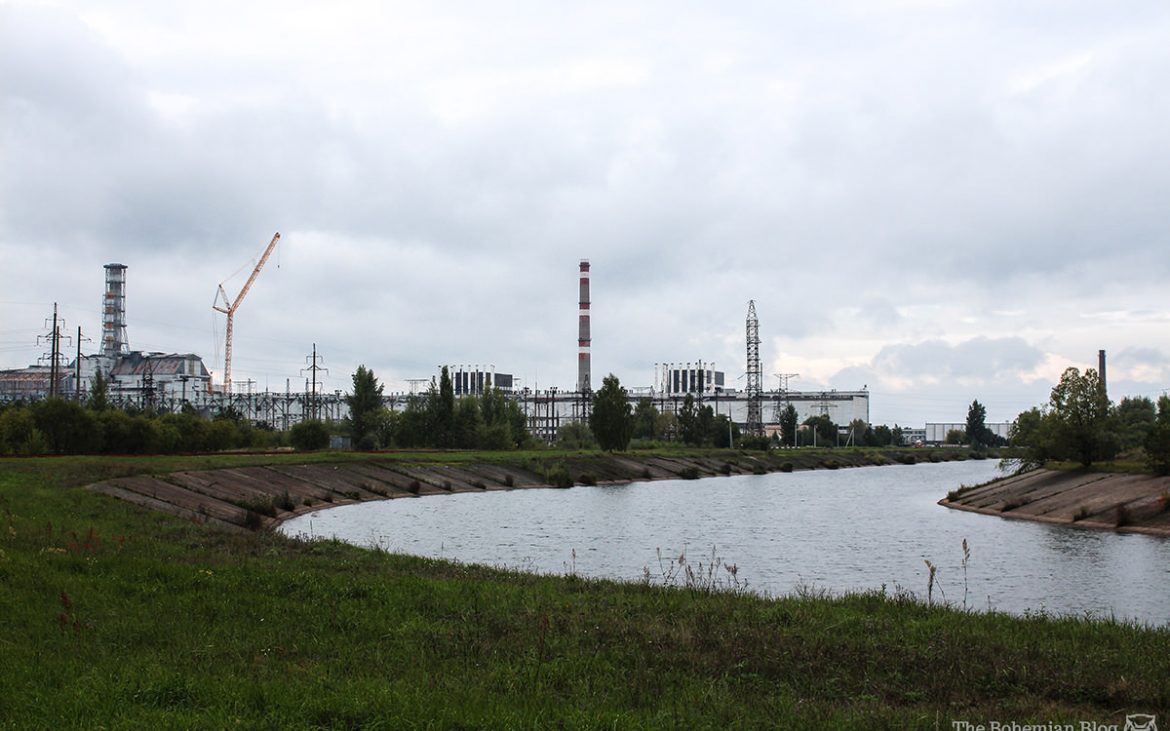 In 2016, 30 years after the accident, the Chernobyl Radiation and Ecological Biosphere Reserve was established in the exclusion zone by the Presidential Decree. Today, the reserve covers almost 227 thousand hectares; approximately two-thirds of the exclusion zone territory.

As ChernobylTour’s website says: “Similar reserves exist in the world: in the Ural and in Belarus, but for Ukraine it is unique and the largest in the country.” There is great diversity on its territory: 23 terrestrial and seven water photosystems, five different landscapes, 303 vertebrate species, 1,256 species of higher plants, 120 species of lichens and 200 species of mosses.

Recently the Ukranian government has opted for new measures to turn the place to a more touristic-friendly destination. President Volodymyr Zelensky signed a decree that aims to create ‘green corridors’ for the visitors, walking trails and waterways. Also, existing checkpoints will be modernised and the ban on video recording will be removed. 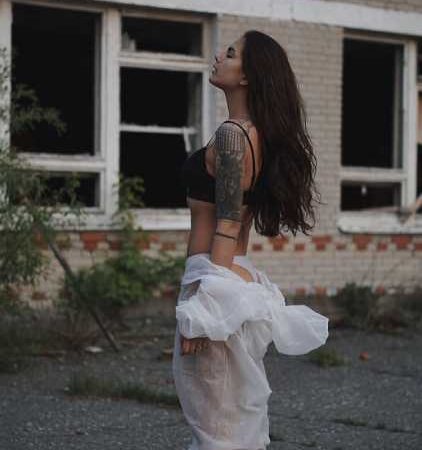 In this scenario of progress, the concept of dark tourism is likely to extend to a different direction losing its initial educative motive and be substituted by a mainstream perspective. Having said that, dark tourists will still exist but a large number of others will probably follow in their footsteps, and the ‘dark’ atmosphere the dark tourist looks for will perhaps be replaced by a bunch of disinterested travellers.

“That’s not dark tourism at all, it’s a warped and ghoulish Disneyland, created for the benefit of people who think they’re trying dark tourism for themselves, having likely first discovered it through Netflix,” Richter argues. 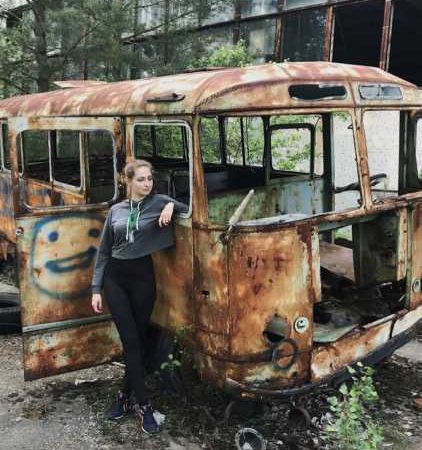 Indeed, the enormous amount of information and material that has gone viral has spread the fascinating concept of Dark Tourism and has persuaded more and more people to visit these places just to tick off another destination from their bucket list. Instagram and Facebook influencers are already using Chernobyl’s nuclear power plant as a background for their best shots, posing for their followers half-naked or in hazard suits pulling the trigger to a new wave of insensitive pictures

“Of course, it would be wrong to blame all of this on a TV series. There was already a sensationalist streak within the Chernobyl tourism industry – as illustrated by the souvenir stalls that opened at the entry checkpoint a few years ago, selling branded Chernobyl T-shirts, mugs, and even glow-in-the-dark ‘Chernobyl condoms’,” Richter says.

President Zelensky’s decision is, in fact, a perfect example of both attempting to improve the reputation of the place itself, but also encouraging consumption.

On one hand, the economy of remote dark destinations could surely benefit from a mainstream wave of tourists; on the other, how will embracing such tourism affect a country’s reputation?

Richter is clear: “Maybe, in an era of Instagram popularity contests and disaster shows streaming via on-demand TV services, this is just what dark tourism looks like now. In which case, in the future I’ll probably just introduce myself as a ‘history fan’.”