When a natural disaster hits the news, an audience is struck by the visceral imagery and tales of survivors which reach us via the news. Less often do we consider those who stand behind the camera bringing us the stories that affect us so deeply.

One such figure is Ivo Belohoubek, videographer, cameraman and director of DoGood Films, a production company that specialises in making short films for non-profits, non-governmental organisations and charities.

DoGood’s shared workspace is in East London, it is just a week after his trip to the Bahamas to cover the aftermath of Hurricane Dorian. Belohoubek sits behind a large screen, nursing a coffee while uploading the last of his footage of the islands. The B-roll shows the full extent of the destruction, once pristine residential roads now dumping grounds for rubble and flipped cars. 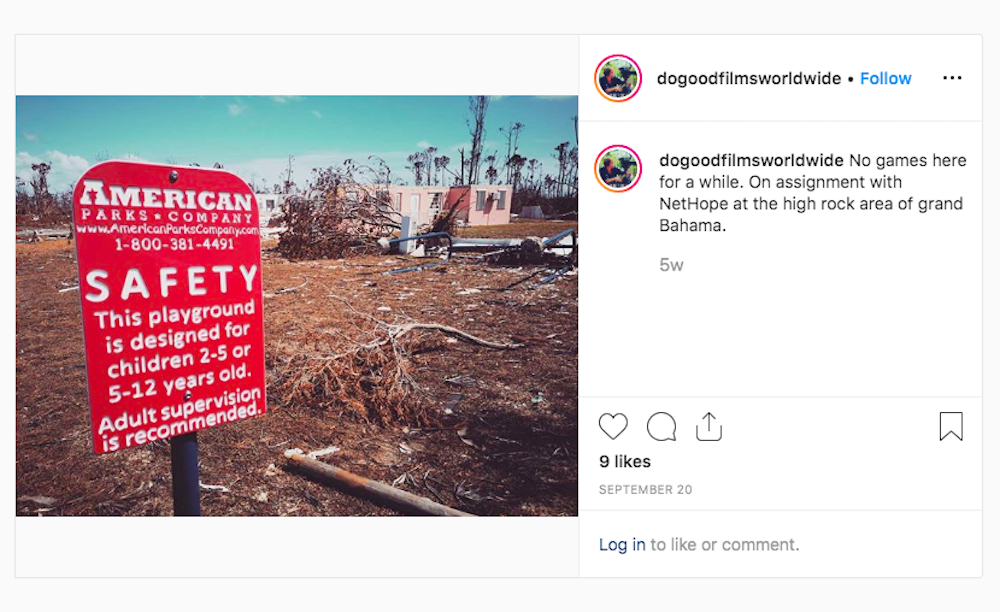 DoGood’s Instagram covers the aftermath of the Bahamas hurricane [Instagram:@dogoodfilmsworldwide]

“The landscape was unrecognisable. Just the day before this was a tropical paradise and now it looks like a set for a post-apocalyptic film.” He pulls up a series of time lapses he’s completed for the charity Splunk, showing cars driving unsteadily along the roads as people do their best to return to something like normal.

Ivo’s trip to the Bahamas is a just one example of the work he does with his company, who fly into a disaster zone to document the devastation caused. The mission is simple – to help launch appeals worldwide to get funding and aid for the people affected.

Over the past ten years, he has traversed the globe, covering some of the most widely-reported natural disasters and humanitarian crises in history. The last two years alone has seen him travel from Palu, Indonesia following the devastating 2018 earthquake and tsunami to Colombia to help raise awareness of the ongoing Venezuelan migrant crisis among others. DoGood’s blog covers the details of his trips in heartbreaking detail.

DoGood’s most recent work has been to chronicle the effects of  Hurricane Dorian, now considered the worst natural disaster ever to hit the Bahamas. The Category five storm hit Grand Bahama – home to the country’s largest city Freeport- and Great Abaco Island with the greatest force. A Bloomberg report placed early damage estimates at a minimum of $7 billion.

According to a recent situation report from the International Medical Corps, the current death toll stands at 58 with more than 600 missing, to say nothing of the thousands of displaced individuals forced to flee their homes with only the clothes on their back.

Belohoubek was despatched to the island by Nethope, a charity who work to rebuild telecommunications lost in disasters. Like every job, he reveals, speed is integral to making an effective film.

“Upon landing, we hit the ground running. I followed aid workers as they began setting up temporary power lines but as always, I’m looking to produce stories. Stories need humans. I’m trying to find somebody who embodies the chaos that goes on around them,” he said.

“It quickly became apparent that the number of people left homeless without any of their belongings was enormous. People’s houses were literally flattened within the 27 hour period the cyclone hit. I talked to as many individuals possible about their experience in the Hurricane. Their emotions, losses. That’s what makes people stop and think.” 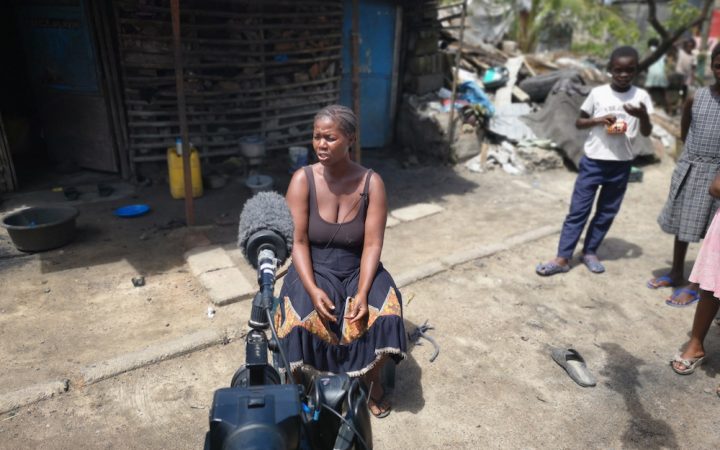 Like many other videographers and photojournalists operating in disaster zones, Belohoubek admits his career path was neither easy nor planned: “There was nothing straightforward about it” he smiles, “lots of dead ends, empty pockets, frustration. But somehow I managed to make it work.”

Born in what was then Czechoslovakia (now the Czech Republic) during Soviet rule, he witnessed first-hand the fall of Communism during the Velvet Revolution, which saw the end of 41 years one-party rule. As the Iron Curtain was torn down, Ivo, who was 13-years-old at the time “became a revolutionary,” in his own words.

“I loved it, I loved the thrill of it” he admits “my generation was energised by revolution and then confused by globalisation. We came out of it with a mission to make the world a better place”

He accredits this time with instilling a risk-taking element within him and more importantly, a desire to try and make a difference. “I’m always looking to uncover the truth, above all.”

After studying Sociology at Masaryk University in Brno in the Czech Republic, the would-be campaigner began working with Czech President, Vaclav Havel, the leader who helped end communism in his country.

He spent three years at the president’s Forum 2000 Foundation, a project that continues today. This brought together the unlikely mix of activists, stakeholders in global economic conflicts and senior politicians to discuss humanitarian issues across the world.

“It was an aspirational venture. We went in with the mindset that conflicts could be discussed and improved through calm face to face discussion,” he says.

Belohoubek also campaigned as a member of the Green Party, as an early adopter of climate change advocacy. His passion for climate change continues to feature heavily in the films he makes today. 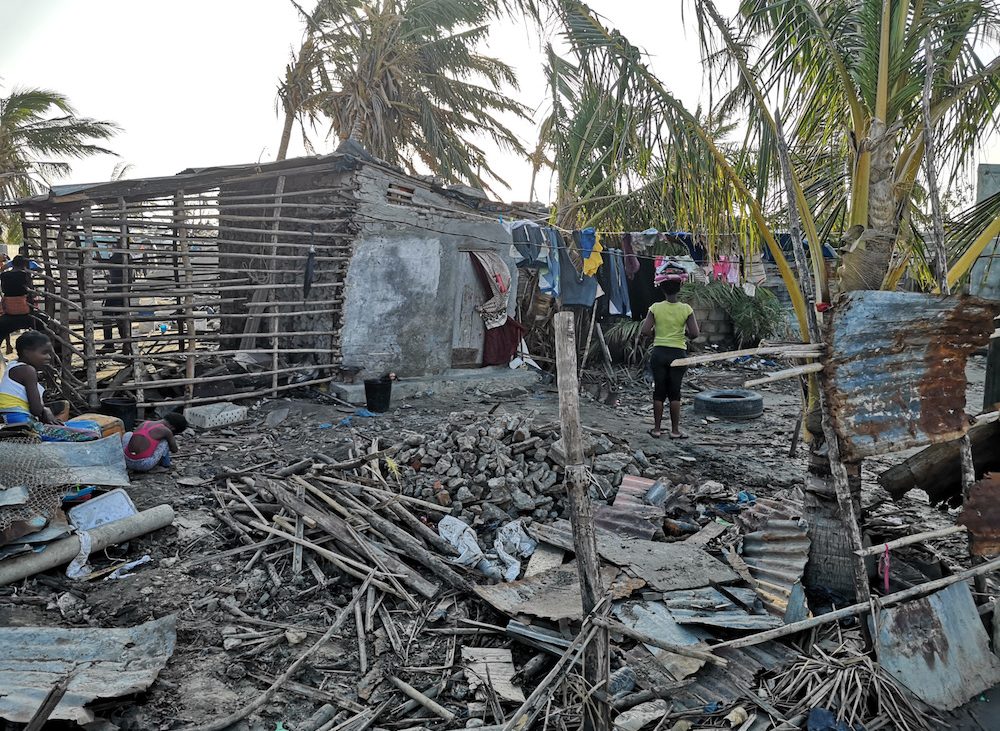 After completing an MA at the University of Arkansas and “almost falling into academia permanently” Ivo, feeling restless, felt the pull of international travel.

Moving to London to try and work to save money for travelling around Europe, a chance meeting changed his life forever. “I stumbled across TV and visual media in London. I worked in a pub and bumped into an old friend who happened to be filming a documentary in Czech but couldn’t speak a word of the language. So I ended up helping him translate it and I realised, wow, filming is like speaking in a different language,” he said.

“It’s such a visceral form of reporting that can transcend language and be understood by any nationality and education level. There’s a lack of snobbery I really appreciate.”

Keen to garner all the skills needed to create his own films, Ivo stayed in London, finding work at the CBS UK channels, working his way through production roles to learn as much as possible about filmmaking. The process paid off and armed with his camera, he sought work as a freelancer.

“That’s when I started cold-calling everyone. I started emailing people and organisations and through a friend, I got my first job – a series of short films about Somali refugees camps in Northern Kenya. And I was hooked.”

Ivo has now worked for some of the world’s most recognisable charities and organisations including the UN, Save the Children, Unicef and the Clinton Foundation. 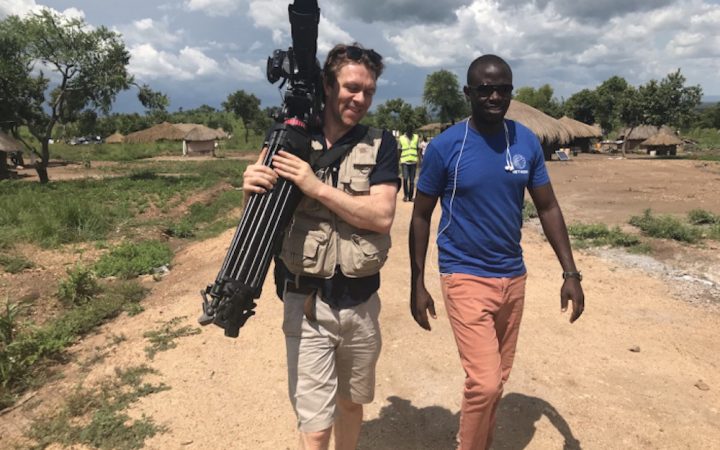 Back in the present day, Ivo documents his journey across the Bahamas. The breakneck winds of Dorian had brought down power lines and destroyed the islands’ infrastructure, making travel treacherous.

“The after-effects of a storm like Dorian aren’t always fully taken into account. Downed power lines, for example, mean two things. One, people on the island cannot contact one another. Family members and friends have no way of knowing if the other is alive or not. That’s a terrifying thought.

“Two, the risk of electrocution from wires and downed pylons mixed amongst rubble is high. Locals have to be so careful where they walk, particularly kids. That’s why a non-profit like Nethope is so important.

“To add to this, the days after Dorian, there were wild fires raging across the Eastern part of Grand Bahama. First the weather then the fires scorched the land. This thick, dark smoke blanketed the drivable roads but our job was to interview people from all the worst-hit areas. As a result, we drove blind through the smoke to get to the other side with no vision ahead whatsoever.” 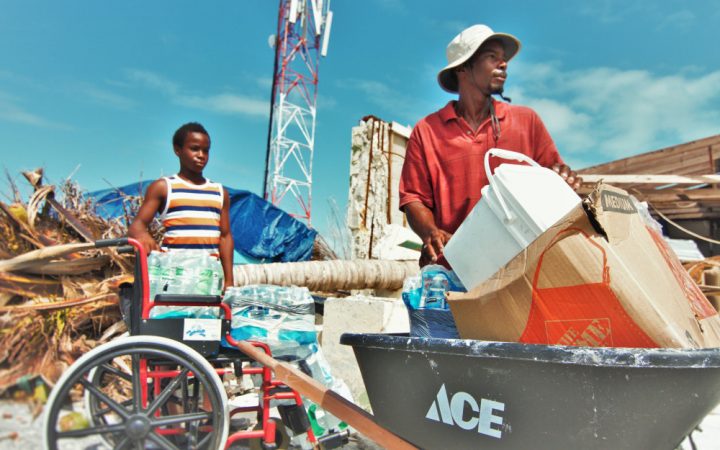 It’s hard to imagine that the kind of work Ivo takes on has no effect on him.

“Yes, it does. It might make me sound like a cynic but it impacts me less than it did. With my first jobs, I ended up taking everything with me.  But then I realised that my job is not to crumble.

“My job is to tell a story so I kind of ended up coping by putting the camera between me and reality. I guess I kind of hide behind the camera a bit.”

He thinks for a moment then reconsiders. There are times when faced with situations, he admits, he lets the personal run into professional and as a result, has butted heads with journalists. He recalls the aftermath of Cyclone Idai which hit Mozambique in March of this year. 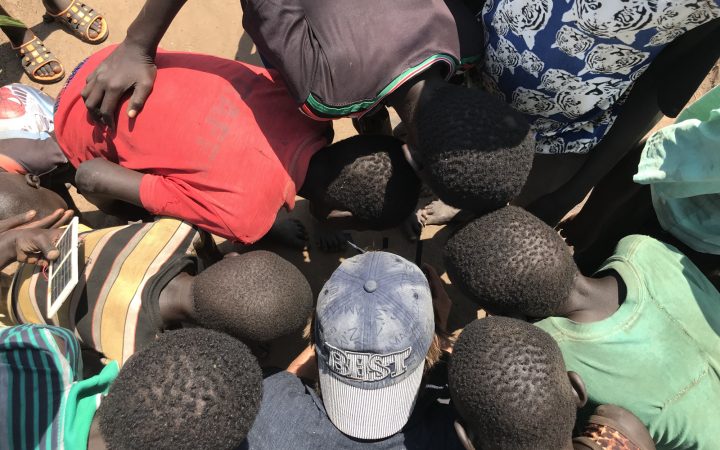 “I was there to film aid being given out. And we basically had to create a human chain to move 300 women and children across a river because they were rushing to get on buses to a new location and stop them falling into this filthy water. And that’s where I clashed with journalists.”

Ivo’s views on reporters who bring a solely ‘story-led’ eye to their work are withering at best.

“I was filming this distribution and I looked around and there clearly wasn’t enough to go around for the number of people who were queuing. So I started asking around – do you have enough writing and footage? These women have been standing around for hours in the blistering heat and you don’t have enough?

“And this guy next to me says ‘what do you care? It’s good for us. If nothing we’ll have a riot on our hands makes for a better visual.”

Ivo shakes his head in disbelief as he drains the last of his coffee, “that’s why I realised I couldn’t be a journalist. Because I couldn’t have such a cynical approach to it.” 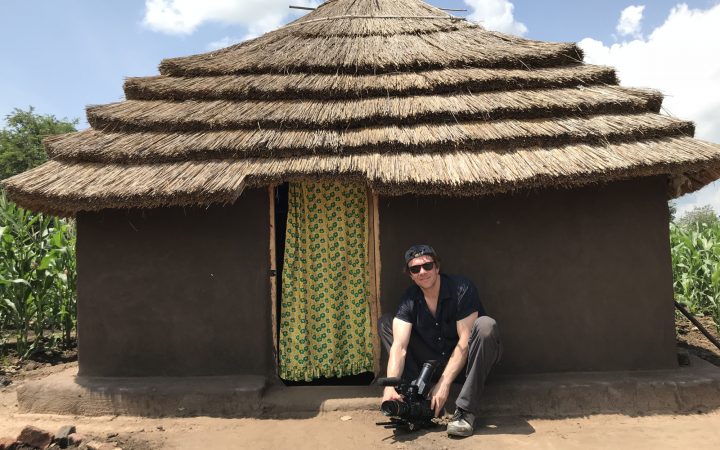 Ivo’s filmmaking has taken him across the globe

DoGood Films is, as a result, an activist-led company at heart. Founded in 2017, it as a culmination of Ivo’s solo work but continues to grow as he works. He has high aspirations for the young company.

“I’d love to make the same but bigger, better. To employ producers, make it less of a one-man-band. But I love being on the ground, I can never leave that. It’s what feeds my adrenaline starved soul.”

As he sorts through his equipment, showing off a new lens to be used especially to film interviews, Ivo ponders his future endeavours.

“If I know anything for sure, there’s going to be more stories for decades to come at least. We’re living in climate change reality and there will be no shortage of human suffering to come.”

A sombre note to end on, yet Ivo assures that it is this aspect that motivates him to go on telling these stories.

“I’m stubborn and I’ll keep at it. Because the human ability to keep going, to survive the worst of situations is astounding and will always need documenting in times to come.”