The Temptations’ sensational single Papa Was A Rollin’ Stone was a perfect representation of hopelessness in 1972. Regarded as one of the greatest Motown songs in history, it secured the group three Grammys and a spot at the top of the charts. The song’s tense, build-up of an introduction brings a new song element with every four bars, growing with every second.

By the end of the introduction, it’s clocked in at just under two minutes. If that seems slightly disproportionate for a song intro, you can take away two things. The first, you probably don’t enjoy Pink Floyd. The second, that in today’s terms, two minutes is a long time for an intro. In fact, it’s a really long time.

Today, music sounds slightly different. Due to the fact that music streaming services refuse to pay out unless 30 seconds or more of the song has been played, the average length of a song introduction has decreased from over 20 seconds in the 1980s, to less than five seconds today. This is a big jump from then and has transformed the fundamentals of a single.

Deezer’s Global Pop Editor Dom Wallace told us this isn’t the first time songs have been short and it may just be the start of this trend: “When The Beatles started out over 50 years ago, the aim was to create short snappy two minute tracks to get the listener hooked quickly. Tracks like Old Town Road by Lil Nas X have since reintroduced that trend into pop music. More artists are also creating shorter tracks to suit the short attention spans of streamers.”

Shorter introductions and songs are just one of the many ways streaming services are adjusting the way we listen to music and more importantly, the way that music is made. Nevertheless, various individuals and news outlets have dubbed streaming services such as Spotify, Apple Music and Deezer the industry’s ‘saviour’, after all, it generated over 75% of music industry revenue in 2018 and is set to keep growing, despite resurgences from older formats such as tape and vinyl.

But are these streaming services a good thing for the average music fan? There are clear cases for both sides. While it’s the most convenient way to listen, these streaming services set limitations on the music that is currently being produced. We explore whether tailored playlists really are biased, the paradox of choice and what the “Spotify sound” really means.

Today, the release of an album often means that the listener will already have listened to a bunch of carefully selected singles, which are rolled out over a period of time. Coined the “the waterfall strategy”, this can start up to a year in advance from the chosen release date.

Cardi B’s debut album, Invasion of Privacy, is one of the best examples of a modern-day album rollout. The first and lead single, Bodak Yellow, was released on June 16, 2017 and topped the Billboard Hot 100 for three weeks. Later, she released another two singles, and then a further two more after the album’s release on April 6, 2018, almost a year after the first single came out.

[pullquote align=”right”]“More artists are creating shorter tracks to suit the short attention spans of streamers.”
Dom Wallace, Deezer[/pullquote]Between all of this, Cardi was performing live across the world, engaged in ‘beef’ with Nicki Minaj and announced her pregnancy with rapper Offset’s child on Saturday Night Live, just a mere day after the album’s release. Whilst this may seem like a lot, it’s no coincidence the album set multiple streaming records and all thirteen tracks entered the Top 100. Not to mention she won Best Rap Album at the 2019 Grammy Awards, making her the first female rapper to win the category as a solo artist.

Peter Doggett, esteemed music journalist and author of Electric Shock: 125 Years of Pop Music, which looks at the transition into the digital age of pop. “[It’s] no longer just about music, the way it was in the pre-MTV age. It’s a collage of music, video, social media, fashion, film, games, all those things and more,” he said.

“All of those things change together and impact on each other, rather than acting in isolation. So streaming is only part of the game: it’s almost like a soundtrack to all this other social media madness around us.”

From rapper 21 Savage to a sample from 1960s boogaloo musician Pete Rodriguez, throughout Invasion Of Privacy, an array of guest artists, samples and hooks inspired by different genres run rife. Doggett said this struck him whilst writing Electric Shock, “everything became about mixing and matching different styles and genres, so that every track needed about five adjectives to describe it, ‘techno-Latin-metal-drill-indie fusion’… Everything seems to get broken down into smaller and smaller categories.”

It has now become increasingly common for the song to feature these hooks and samples in the first seconds of the track. This has been coined the “Spotify sound” – take any modern pop song and chances are it’s probably pretty short (due to the 30-second payout rule) and there is something in the first few seconds to keep you interested for the entirety of the track.

Today’s data suggests we are far less likely to skip a song if we’ve heard it before, this means from the first listen the artist and producers are tasked with trying to capture the listener’s attention. This may explain some of the phenomenon behind Camila Cabello’s breakout single Havana.

Dubbed by some as the 2017 song of the summer (which continued well into 2018’s summer), it uses not only an ad-lib from rapper Young Thug but additionally the main hook taken from the chorus, all within the first ten seconds.

Phil Ek, mastermind producer behind Father John Misty, Fleet Foxes and The Shins spoke to us about how hard this task really is, “people try and make every little part of the song have some sort of ‘wow’ factor to grab people’s attention, which for the most part isn’t making the song a better song, it’s just making it… more.

“The music business has always been about singles, but since there’s so much more access to so much more music via streaming, the single has become even more of a commodity.” 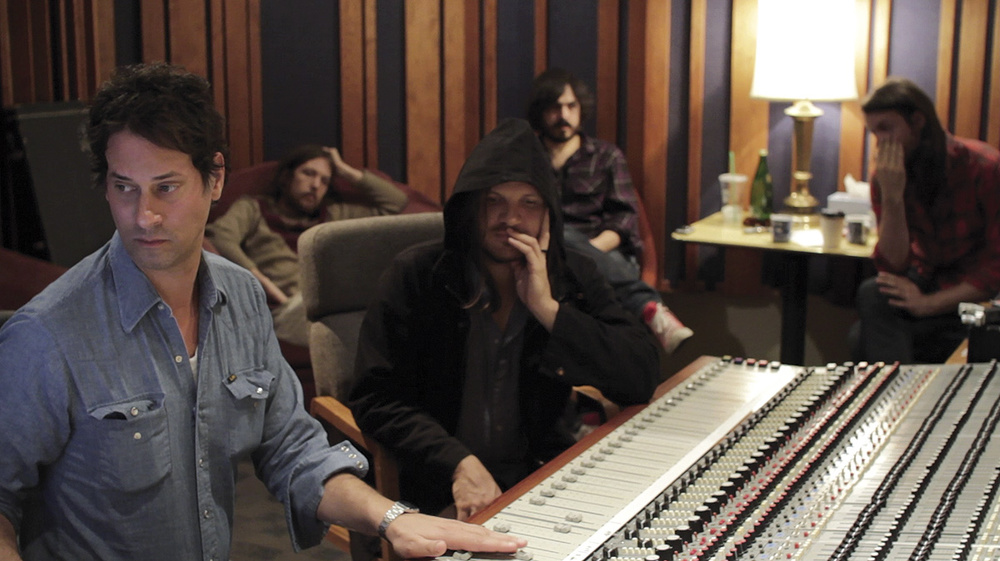 The Spotify sound isn’t the only way Havana reached a platinum level. In 2017, the platform recommended more than 30% of overall listening across the streaming service. This is up from 20% in 2015. The platform holds a power that record labels, PR and managers can only dream of.

Although Spotify advise artists to go through their editors on Spotify Artists, they have previously come out and said “no one can pay to be added to one of the editorial playlists”, but there is something called “playlist pitching”, which Fortune magazine talks about in their article, The Murky Business of Spotify.

Playlist pitching doesn’t guarantee the artist a place in a playlist, but it does up the chances, and it costs: Depending on where you go to, submitting your song to one of the many ‘curators’ (someone that has a playlist on a streaming service with lots of followers) could set you back more than £350, depending on which service a musician goes to.

Playlist Push may be the most infamous of them all and can cost over £1,000 depending on which genres you match with. Many artists have also noted that it does not work in the way they had wished, as It has been uncovered some of these playlists have been buying followers.

It is arguable that these streaming services are in complete control of what we listen to and the way we experiment with music genres. In a Stanford study from 2018, they analysed the data of consumers who were new to Spotify. During this time, they noted in the first week of joining the streaming service the number of songs played by new converts to streaming increased by 132%, meaning the listener is exposed to more artists and a bigger variety through the platform. The number of unique artists heard also jumped by a staggering 62% – backing up the point that they help us to experiment with a wider range of artists.

They also noted how Spotify really does broaden our music tastes. So if it has so much control over us, what are the consequences of this? As there are 40,000 new songs uploaded to the platform daily and the ability to stream any millions of songs at the click of a button, is too much choice a bad thing?

Psychologist Barry Schwartz seems to think so. In his book, The Paradox of Choice, he argues that as a consumers level of choice goes up, their levels of engagement and satisfaction go down.

If this is the case for streaming services, Spotify are trying to battle this with one of their most esteemed features, Discover Weekly. Thirty songs, once a week that are recommended to you based on your previous listening. Easy enough for people who revel in one genre, but unfortunately, this doesn’t exactly hold up for people with eclectic music tastes.

Continuously over the years, the format has reinvented not only the way we listen, but the way music is made. Whilst on paper, these streaming services could seem like any music lover’s dream, it doesn’t necessarily mean it works for everyone or even the artist.

But whether these streaming services are set to revolutionise the industry or be its ultimate downfall is still unknown.

By Lauren Gordon
4 Mins read
We examine how TikTok has been dominating the social media thanks to its catered algorithm and fast-paced nature.
Culture

By Liza Neziri
6 Mins read
Meet Stephen Wright, an artist who has converted his home into an art museum
Music

By Holly Johns
5 Mins read
Some say that jazz music doesn’t need to make a comeback, it already is influencing everything we listen to.