“Faces are the most fascinating objects in the universe,” Wilfrid Wood states with assurance: “I tried to draw a plant the other day and got bored after five minutes.”

The show eventually was cancelled in 1996, despite proving popular, especially with leftists, as it pushed an anti-establishment narrative by mocking the powerful, favourite targets at the time included Margaret Thatcher and the Royal family.

Characters had over-exaggerated facial features and body language, they were portrayed in an unforgiving light and some were even animalised along to renditions of popular songs and well-versed sketches.

With news of a reboot airing soon, featuring contemporary, political and social figures such as Megan Markle and Vladimir Putin, Wilfrid reflects on the impact the programme had on his career.

Asked why he is not involved in the new series, he says a group reminiscing session took place but he is: “ploughing his own furrow,” now. “In other words, I’m a prima donna,” he laughs, confessing to a slight fear of missing out. “I imagine it will be received very well, there’s certainly no shortage of material!”

Wilfrid tells us that since his Spitting Image days, he has moved onto freelance sculpting and sketching portraits. 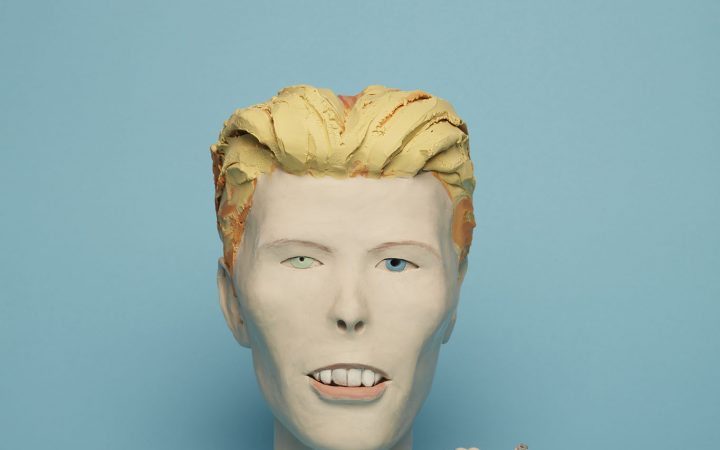 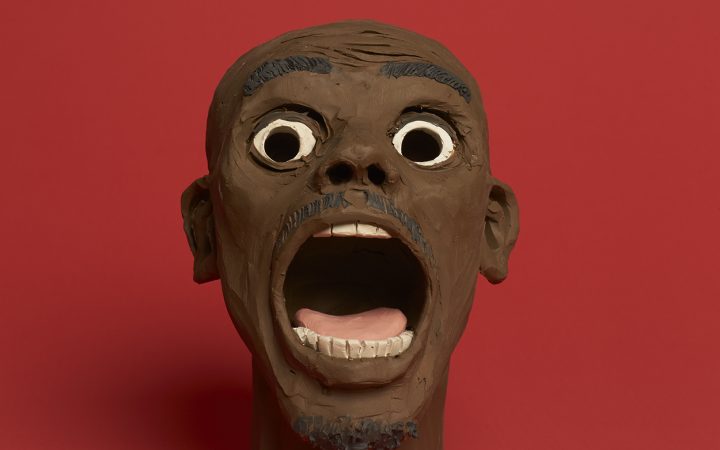 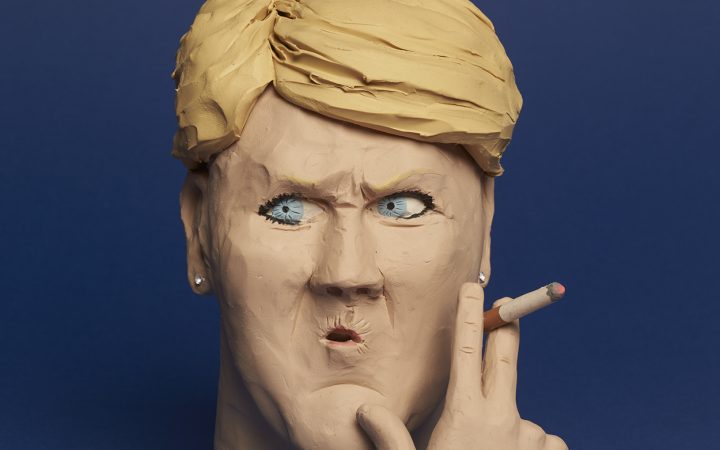 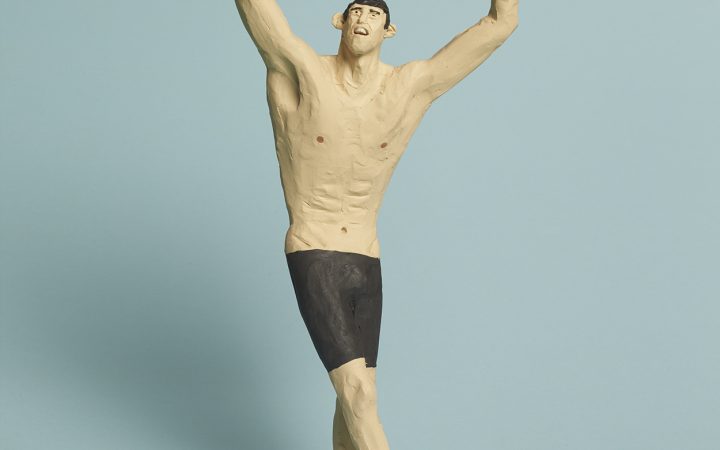 The lasting cultural impact Spitting Image would have never crossed Wilfrid’s mind while working on the show between 1994 and 1996: “I am surprised how many young people have heard of it, though they weren’t born at the time.”

Wilfrid goes on to describe the team as a complete juxtaposition to his previous employment at a ‘boring’ publisher: “Spits gave me the idea that it was possible to have fun at work and get paid for it. For some reason, I had been under the daft impression that work had to be some form of purgatory.”

You get a sense that his time spent working there rubbed off on him, in all the best ways. His aesthetic nods towards those featured on screen for many years, but with an ounce more subtlety: “The Spitting Image heads are full-on crude caricatures, which is definitely not what I want to do now. Please God!”

Similarly, his most well-liked pieces tend to depict the faces of politicians and celebrities, a key element of what connected so strongly with Spitting Image audiences. Nevertheless, he claims to not be: “overtly political or savage,” insisting he is sympathetic towards whoever he portrays, even Simon Cowell.

Having never received any form of acknowledgement from a celebrity he has sculpted, Wilfrid sighs: “They probably think it’s better not to get involved with someone who might be a pain in the arse. 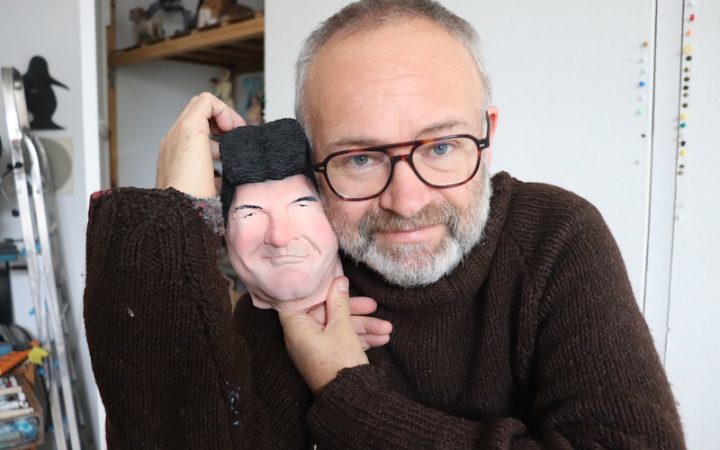 “Do we look cute?” Wilfrid and his Simon Cowell head [Maggie Scaife]

Describing people as both fascinating and worrying, he explains how his anxiety takes shape in the opinions of others. His eye for faces extends to all boroughs of London but primarily Hackney, where he is based: “I’m intensely curious about individuals on the street. I stare at people on the tube.”

He has recently appointed a potential ‘talent spotter’ who has agreed to give interesting passers-by a special card with his contact details, after fears of coming across as too creepy when scouting himself.

Luckily for Wilfrid, portraiture particularly lends itself to the social media landscape, the territory of narcissism and comparison. He acknowledges that although he would happily attempt to sculpt anyone’s face: “some are more interesting than others.”

Wilfrid is also introduced to new faces via his Instagram on a daily basis: “All sorts of people message me; I can’t believe my luck!”

To Wilfrid, drawing people means that he owns a piece of them, controls them, or some other faintly “unpleasant motivation” that he cannot quite comprehend. He is attempting to reveal something about each one of his subjects’ characters, via their physical appearance. 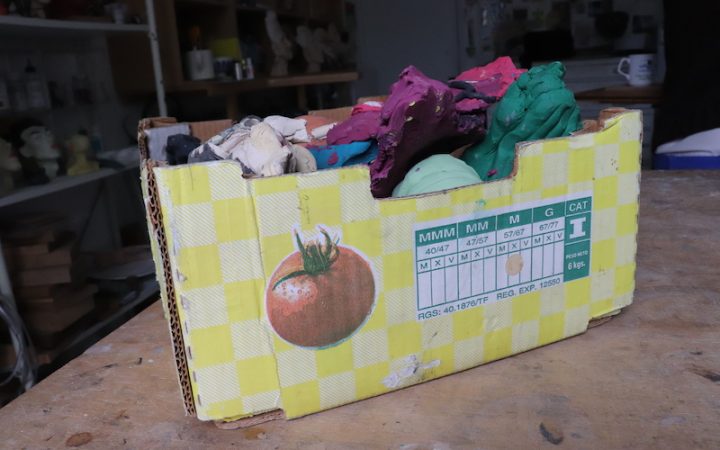 Wilfrid questions the famous Coco Chanel quote: “nature gives you the face you have at 20. Life shapes the face you have at 30. But at 50 you get the face you deserve.” However, he argues: “Well do you? If a serial killer walked past in the street would you notice anything peculiar? The real truth is that you can get nasty people with beautiful faces and lovely people who look like the rear end of a wild boar.”

Instagram overexposes us to filtered faces so much, that Spark AR, the company who devised the app’s face filter feature, is set to ban facial surgery filters in an attempt to eliminate the widespread dysmorphia users are facing. However, scrolling past one of Wilfrid’s sculptures or sketches offers an alternative notion of beauty to the one we are constantly force fed.

Allowing room for imperfection, the female subjects he depicts are often make-up free, ‘normal’ faces – somehow made much more valid or ‘beautiful’ through life in plasticine.

“I like to think I do my bit for inclusivity by celebrating wonky faces. I love it when someone turns up with a whopping great big nose or a double chin.” People’s insecurities and flaws thrill Wilfrid. He hopes if they feel his enthusiasm it will lessen their self-consciousness. He also considers models nowadays to be more varied and interesting than in his youth, when Elle ‘The Body’ Macpherson and Cindy Crawford were in demand. 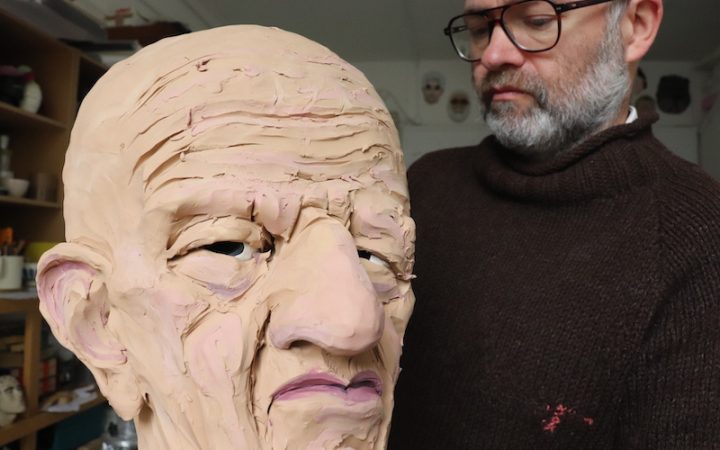 He has had an impact on the fashion and beauty industry, collaborating with brands such as Nike. Make-up artist Bea Sweet describes him as a: “badass,” and “anti-fashion.” Crowning him the easiest person ever to collaborate with, she explains: “sometimes projects are really special, this became one of those moments,” referencing their editorial for Tush Magazine. Bea says she likes Wilfrid’s: “brutal, no-frills honesty,” and that he: “highlights what he sees, he doesn’t filter it to flatter.” She thoroughly respects him as a sincere artist and now considers him a dear friend.

Wilfrid is frank about being terribly frustrated when: “a miraculous living human being has generously sat and given themselves patiently to me for a couple of hours and I do a bad drawing of them.” But perhaps the ‘hit or miss’ nature of his work is what makes it a success, even when he deems it a failure.

I question whether his primary aim is to entertain his audience and he replies: “I’ve thought about this question for ages, because if I say yes it might sound superficial, but I’m going to say, yes. All the best art is supremely entertaining.”

He lists examples of his inspirations including, David Bowie, Alice Neel, Raymond Carver. Intellectual art exercises bore him to tears. A friend of his told him his work makes you want to look at it. “Duh! Obviously! Why would anyone produce art that you didn’t want to look at?” 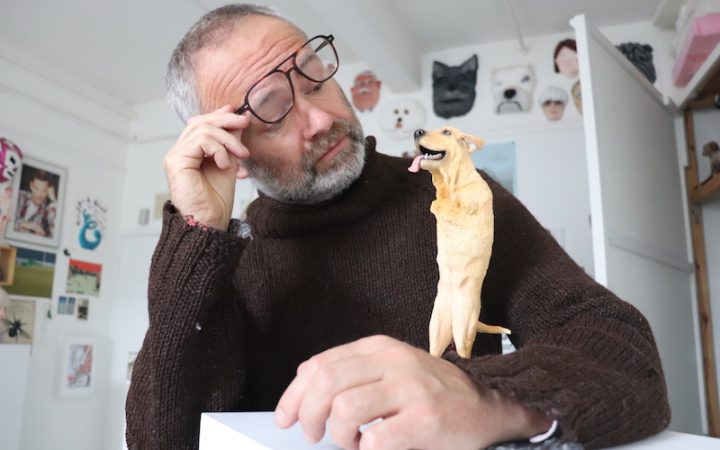 A two-legged labrador featured in his exhibition Dogs [Maggie Scaife]

“My life has been changed twice, first by Spitting Image, then by Instagram,” says Wilfrid. For someone who a few years ago could not see the value in it, his Instagram page has seen fast growth in numbers, racking up 71,800 followers in a short amount of time, after encouragement from his agent.

“It turned out to be fun. My posts add up to a constantly enlarging portfolio.” He sets clear boundaries for his content avoiding posts including food, holidays and himself in Lycra. He firmly believes that the app is “revolutionary for artists” as it completely bypasses the gallery system. “It’s highly democratic compared to the snobbish arse-licking that goes on in the art world,” he says with disdain.

Whilst some would feel an overwhelming sense of social pressure, Wilfrid is encouraged by his many followers and being verified; he thinks he owes this to spending years in semi-isolation. “Having some interest has kept me going through what otherwise would have been a mid-life crisis,” he confesses. “I do hope that Instagram doesn’t affect the way I work but I bet it does subconsciously. You just can’t help but lap up the likes.” 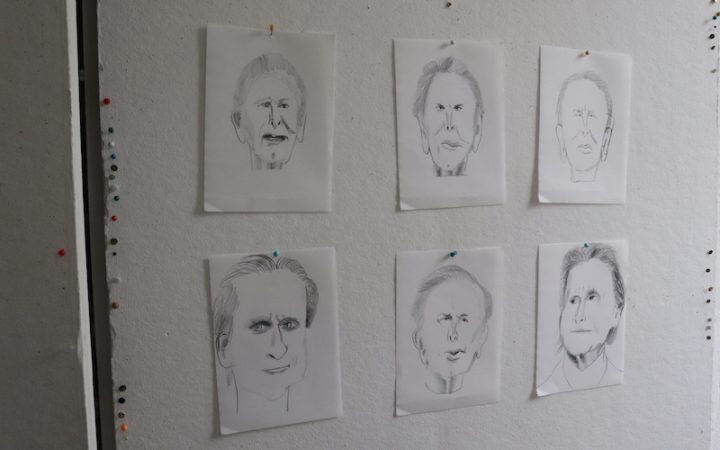 Sketches pinned up on his studio wall [Maggie Scaife]

As an experienced artist, he feels compelled to ensure all of his work is connected to contemporary life: “even if figurative, sculpting and drawing are ancient activities,” he concurs. So, in light of the climate crisis, he explains how the environment crosses his mind as he works.

Taking a peek inside his cupboard full of heads that are due to be squashed back down, the impermanent, reusable nature of his material choice deserves praise: “I used to use resin which is awful for the lungs and the environment. Now I use plasticine, made from petroleum jelly (vaseline) which is a by-product of the oil industry.”

He also owns up to flying abroad for events that he speaks at, acknowledging how the combination of actions are not healthy choices for the planet. However, he does state: “the one thing I don’t have is children, which is presumably the second-best thing you can do for the environment apart from killing yourself.”

Although his humour is pretty dark, he speaks the truth.