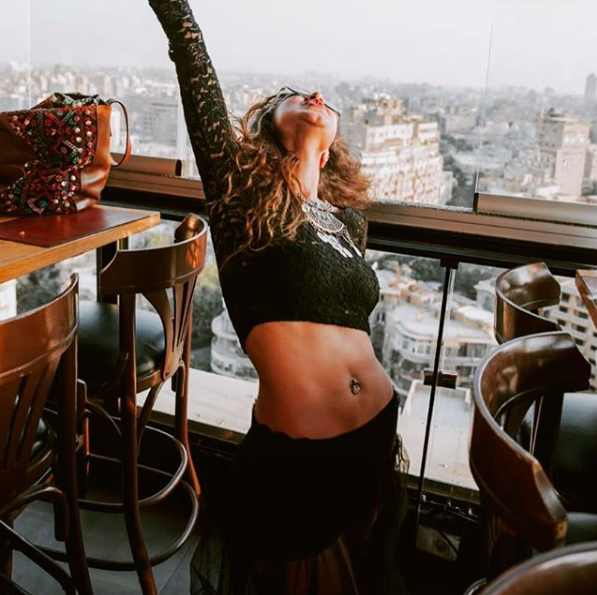 Sarrah Saeed wakes up at around 8:00am, gets dressed and has breakfast with her mother, brother and sister. She then takes her car down to Road 9, Maadi, South of Cairo on the East side of the Nile, only 12 km (7.4 miles) from Downtown Cairo, to have coffee with her friends.

During the day she leads a pretty normal life, with ordinary things to keep her busy – buying groceries to cook dinner for her friends, or visiting the Nile. She also had a job, which she recently quit, as a PR agent. However, Sarrah’s daily routine has one important element: she needs to be home at 1:00am and no later.

Many women in Egypt live with a curfew, because their families expect them to stick to one. Sometimes it is because of their young age, other times because of a failed marriage or that their parents want them to get married before they can move out.

“My curfew started when I was 24 years old when my dad lost his trust in me. That’s eight years ago now. My dad didn’t like my ex-fiance and didn’t want me to marry him and when I called off the wedding only a month before, he got very angry and put this curfew on me. He said I was irresponsible and should have listened to him before everyone knew about the marriage,” Sarrah told us.

When you look at her you do not see a covered lady in a black hijab. She wears modern clothes – crop tops, sleeveless tops and dresses – her shoulders covered by her long, wild, curly brown hair. She has a belly piercing and uses red lipstick and black eyeliner that emphasise her big brown eyes.

Sarrah was born into a family that are better educated than many families in Egypt, and as a result she does have a certain freedom that she describes as: “Khalas, I’m free most of the time, I just have to be home at 1:00am. I can do whatever I want when I leave the house in the morning ’till I get back home at 1:00am.” 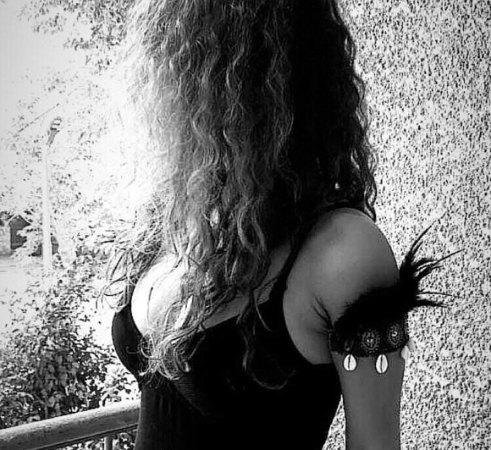 In ancient times, Egypt was known for its women being free and valued. For thousands of years Egyptian women had the same legal rights as men and far beyond the liberties enjoyed by women elsewhere in the ancient world. Looking at women in today’s Egypt that follow Islam excepted appearances, is far different.

Greece colonised Egypt in the fourth century BCE, where many of the freedoms were curtailed. Before that, women could live independently; decide who to marry, sell land and had many freedoms not seen in Egypt today.

As Egypt: A Country Study states, Islam came to Egypt in 640 AD and the Qur’an at the time described men and women as equal in their spiritual value and obligations. Through the years the leaders of the country, judges and imams (all of them men) downplayed gender equality and interpreted Islam to emphasise women’s inferior status.

The 2011 revolution was celebrated as a movement, of women and men fighting together for a New Egypt. However, it failed to implement change in the most conservative of institutions in Egyptian society, the family. Women may earn their own living, educate and develop skills, but her power, status and honour at home may never change, as the family itself does not value those things.

“Why did they favour my brother as regards to food, and freedom to go out of the house? Why was he treated better than me in all these matters?” asks Nawal El Saadawi, an Egyptian writer, activist, and psychiatrist. Her books Hidden Face of Eve is one of many written about women in Islam.

“Why could my brother laugh at the top of his voice, move his legs freely, run and play as much as he wished, whereas I was not supposed to look into people’s eyes directly, but was meant to drop my glance whenever I was confronted with someone?

“Whenever this differentiation occurred I used to rebel, sometimes violently, and would ask my mother and father why it was that my brother was accorded privileges that were not given to me, given the fact that I was doing better than him at school,” she says.

Sarrah has never been outside Egypt and there is no way that she can, before she gets married. If she takes off by herself, she will risk losing her family, whom she loves too much.

“I sometimes dream about leaving Egypt and seeing the world, but I’m too scared to do that. I’m scared that my family will never talk to me again and I’m scared to leave if they die while I’m gone,” she says.

“I know many Egyptian women with a curfew but they are more strict than mine. Often they have to be home at no later than 10pm and they are not allowed to dress like I do or to drink alcohol. I feel like it isn’t fair if I complain about my curfew.”

Sarrah has been seeing a psychologist to deal with the pressure from her family, mainly her father. She says that although she loves her father, they have had a very silent relationship after she called off her wedding; living with him without talking was depressing for her. However, she says that the relationship between them is slowly improving.

“I’m scared that my family will never talk to me again and I’m scared to leave if they die while I’m gone.”

One of many issues facing Egyptian women is the pressure of conformity – one of the reasons Sarrah’s father felt that he had to put a curfew on her. The pressure of a family’s reputation is very important in Egypt and if you have daughters, there is more pressure to uphold this image.

Sarrah is currently applying for jobs but explained that it is difficult to find a job in Cairo, and it is not possible for her to find a job outside the city as her parents will not allow her to stay in an apartment.

“Before my curfew I was working outside Cairo, where I stayed at my own place during the week. I would only come back to Cairo Thursday evening and then back to my apartment Saturday evening. They accepted that because I was supporting my family financially.”

Where Egypt goes from here in order to address gender inequality among other problems in Egypt remains to be seen. What is clear is that Egyptian women, daughters, and wives pray and fight for the gender issues.

Sarrah moves on with her life happily and not too nervous about her future, however, something needs to be done soon for the future of all of Egypt’s women and daughters.