Sat down at Eric Fry’s large oak dining table in the quaint, hard working suburbs of Tooting I came in just as Eric was watching his football: “Half time or after” he said with a grin, referring to when we can get down to business and talk pigeons and all there is to them. We settled for after.

“I started racing pigeons in 1964, with my late brother Reg and he raced with my late Father. It was a family thing,” Eric told me.

Pigeon racing has had a long history; the first recording of these events were captured through Roman times, during the original Olympic games. The pigeons would soar across lands holding important messages of winnings with the ability to ‘return to sender’, leading to the beginnings of pigeon racing. The game and hobby of pigeon racing also became a go to sport during the 19th century in Belgium. 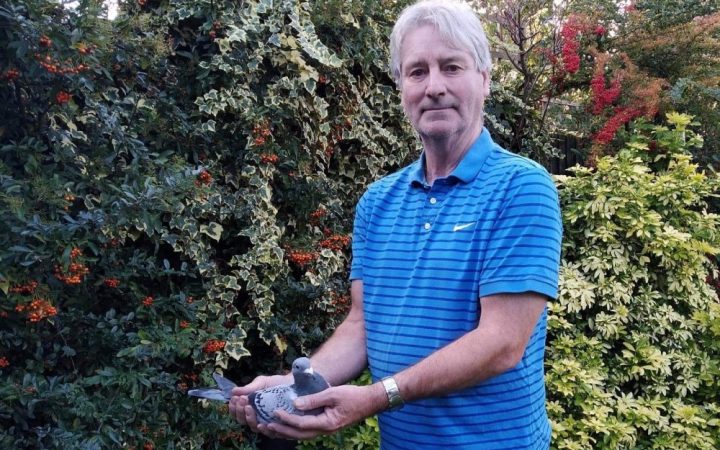 The racing homer, a breed of bird that is born to race, is bred to became more enriched, faster and smarter. This type of pigeon is commonly flown throughout the sport and trained at a young age by their fanciers, also known as their owners.

Training the birds typically starts when they are six weeks old. The pigeons are released a mile from their loft, as their owners patiently wait for their return. The mild increase with every successful return. Those with the quickest of instincts will be the chosen racers for their fanciers. An amazing feat alone that these pigeons can return home is still a mystery among scientists with only theories available on how this occurs.

Despite its long history, Eric is sad as he turns to me and says “It is a dying hobby; it is slowing up all the time. Less clubs, less pigeon flyers, no new young people.”

A common trend in hobbies that have the reputation of being more of a “retired club hobby” rather than an “all ages welcome hobby”. These clubs are not as strong as before with plenty being disbanded due to lack of members and a number of members signed up being majority relatives as a bonding experience.

Younger generations are welcome “If anyone wants knowledge, I can show them,” Eric states with open arms. British Homing Magazine (BHM), a comprehensive booklet, “gives you insight on how to feed, race and take care of the pigeons,” says Eric. The magazine is filled with pigeons to purchase, news of what’s going on across all UK clubs and other useful information. A perfect starting point for any young newcomer.

Just keeping pigeons is not enough though: “If you want to compete, you have to belong to a club,” Eric says. He’s a member of the Mitcham, Merton and Thornton Heath club with his total of 42 pigeons.

Some of his birds were purchased young from the BHM, although he says purchasing prices can depend on many things: “It can be, it can be expensive,” Eric says about the cost of his beloved sport.

For those of us with short stacked pockets the good news of the rise of pigeon gifting could bring you closer to the action. “It does happen more so now, some guys retire or can’t afford it anymore and they just want to pass them onto someone else”

With the birds out of the way, there is a full on responsibility that comes with owning pigeons and racing. The cost alone goes across a membership fee, a loft for the pigeons, feed, the clocking system – a register that clocks the birds race time – training and a fee to pay for each race.

Eric estimates the total starter kit would be £2,000 depending on if you buy it new or secondhand. Eric owns his own loft which is settled in his bright floral backyard maintained by himself. Understandably not everyone has the space to own a loft filled with pigeons, it is also popular to rent on an allotment which is arranged through your local council.

You have to lose some to win some; Pigeon betting, cash prizes, weekly club wages and breeder sales are a common foundation which makes being part of the club that much juicier. The possibility of winning money for yourself and your club ignites the competitive nature that all pigeon fanciers naturally have.

Every year from April through to September is when the weekly racing runs in the UK: “In the club the programme is 22-23 races, you can compete in loads of races and there is a national flying club,” Eric says.

There is a possibility of racing against other countries too: “I only compete in this country but there is an international race and they do big races competing against France, Belgium, Germany, Holland, etc. They are released at the same race point and the first one home wins, it is very prestigious, I haven’t competed in it though.”.

These cash prizes across various competitions in the UK can vary from £20 up to £40,000 along with other prizes, such as cars, to be won as well.

Competitive streaks can kick in, a much-reported case is a well known fancier named Eamon Kelly who tricked everyone in the pigeon community. He had cheated by falsifying his birds fly time and keeping a chipped pigeon in his loft, claiming he was the winner. Through calculating speed times his story unraveled and was caught. The ruthlessness can be shown more so in human nature through this sport rather than the birds themselves. 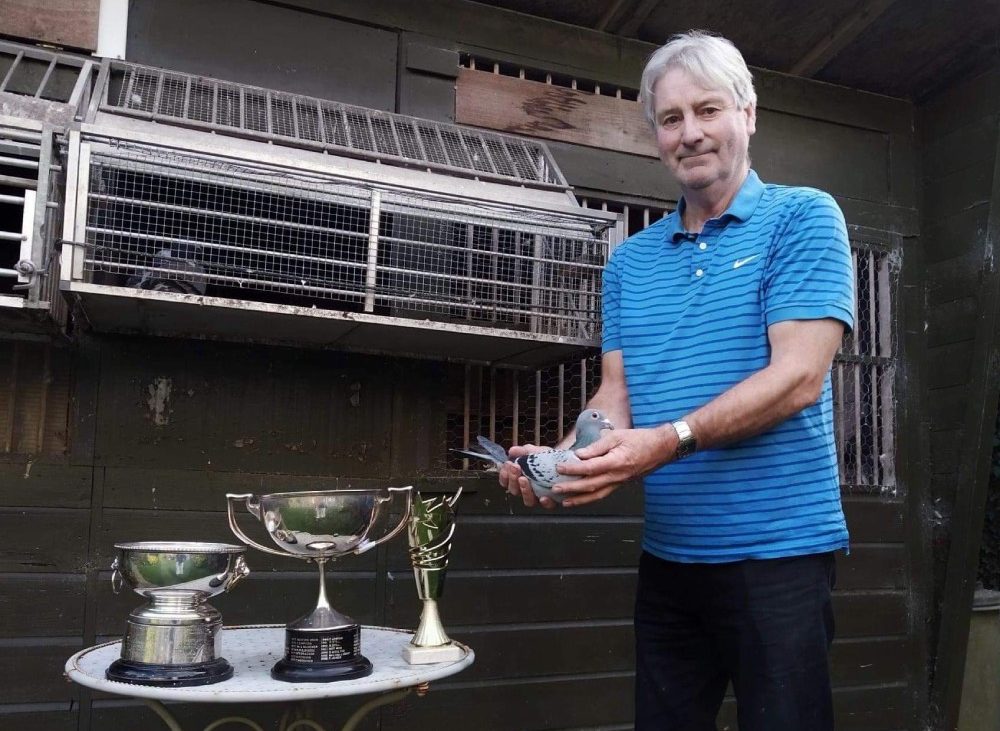 Eric’s pigeons have brought him success and trophies [Flavia Wright]

And Eric says it’s not as simple as stealing someone else’s winners: “They may even go into someone’s loft and keep them but this is a small percentage that do this, however, the pigeons that get stolen would not be able to compete because they only go back to their own loft.” These perpetrators would most likely be using the pigeons to breed others but it is not completely sure why this occurs.

I asked Eric if there is an undercurrent of any sabotaging within the pigeon world. “There has been in the past, not sabotaging, people do not sabotage the pigeons, but there has been occasions where someones loft has been set on fire and the pigeons have been killed. It is only what has been reported in the BHM and I hear it straight from there.”

The hint of possible theft or death is a cruel truth dealt by human hands. The results of these actions are prosecutions by the police, being reported by the governing body Royal Pigeon Racing Association (RPRA) and eventually being reprimanded.

There is also a life ban from the sport if caught; with these disparities through the sport there is a great deal of nipping violations in the bud through informing law enforcement and taking the correct protocols.

However, the actions of these few bad seeds should not deter anyone from a long time hobby. The pigeons themselves are the stars of the show and their fanciers who hatch them from young work tremendously with them.

There is a care and skill that Eric possesses that not only he holds but is shared with like minded fanciers who truly love and respect the sport. The pigeons are constantly cared for and during the off season when they moult their feathers, they are exercised and kept in the loft. 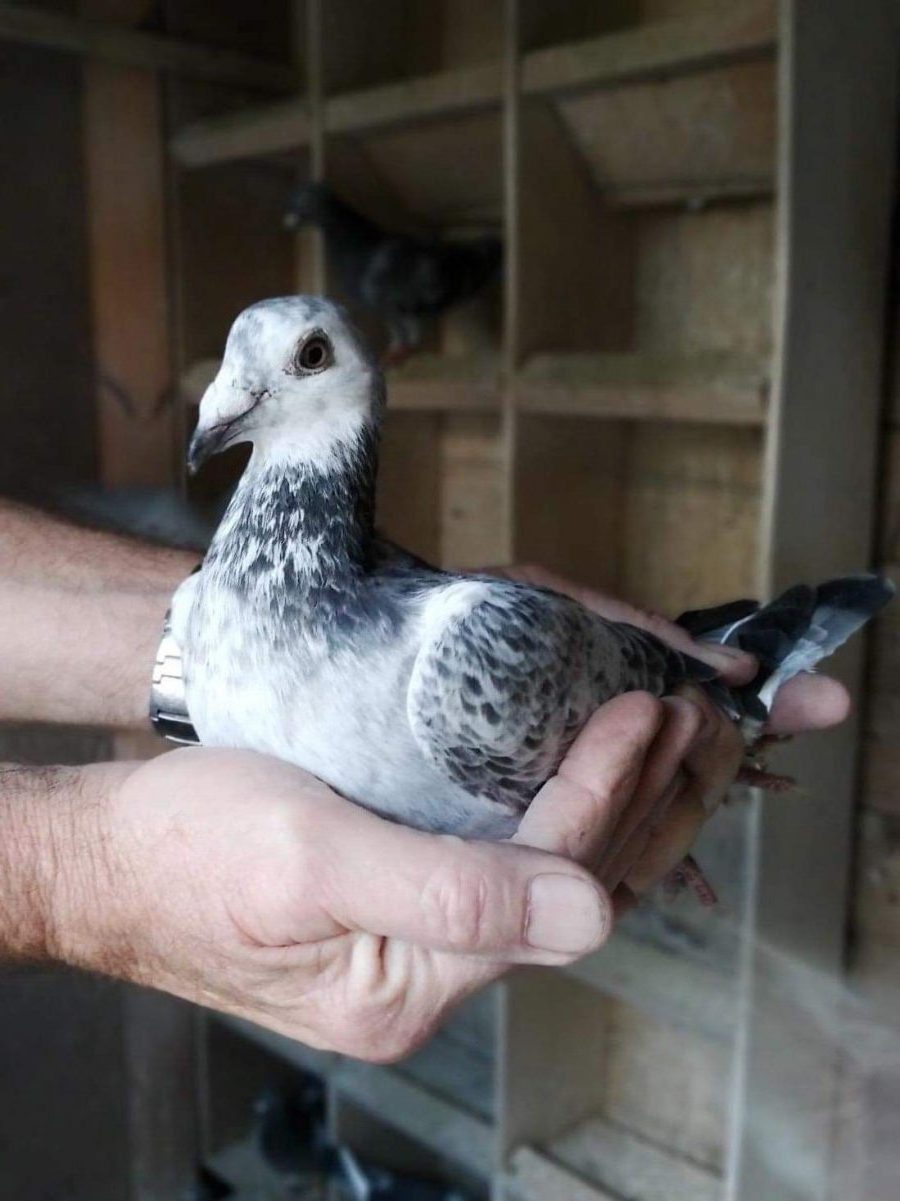 Looking at his 40 or so plumped pigeons in their respectable lofts, which itself is bigger than some rooms I have had in London, it is easy to see the love he has showered them with. These humble birds are more than just pigeons, they are an addition to his life and he shows them off proudly. As proud as Britain was by awarding 32 pigeons the Dickin Medal, a medal given to courageous animals in war, in World War ll, when they were used to relay messages to and fro.

“And the Queen’s got pigeons too! She has a loft manager and she races pigeons!” With the Queen being a patron for the Royal Pigeon Racing Association and being a long-time enthusiast, she continues to race and wins regularly. Her pigeons are kept at her private home on the Sandringham Estate in Norfolk. I took a pause and wondered what the Queen would do with her winnings, perhaps a round of dubonnets, the Queen’s favourite cocktail? Along with the Queen other well known names are, or have been, pigeon racers, the notorious Mike Tyson and late Pablo Picasso to name but two.

Eric hopes to win as many races as possible next year, his advice to future young racers is to purchase young birds or contact the clubs as they are always willing to help new out members and can set them up for races to come. Some also look for clear healthy eyes within the pigeons but he mainly focuses on the most important factor above all, performance.

“This is what makes a great pigeon,” says Eric. “Win, lose or draw I still look forward to racing them. I get nervous, thinking they should be back now, (wondering) it’s good, if its bad.”

As he explains the process of the wait for his pigeons to come back home. Pauline, his wife laughs and says: “That is when you start coughing a lot when you’re waiting for them.”

“I do not know, suppose I do, must be a nervous trait,” Eric says, with a cough at the end of his sentence. “They ain’t coming now,” he laughed.