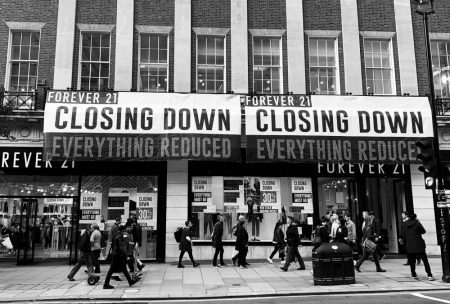 Temptation. It takes a determined mind to ignore what we want, but do not necessarily need.

Retail therapy is a real-life marvel, made easier with the help of the internet and online shopping. In this day and age, leaving the comfort of our own home is unnecessary when we want a bit of de-stress shopping.

Tantalising deals are sent to us almost hourly without us lifting a finger: “20% off” here, “free next day delivery” there, personalised adverts or the latest celebrity endorsements.

The appealing array of fresh, new clothes can make it hard for anyone to keep ‘old’ clothes and accessories or to even think of any sort of effect it has on anything environmental other than looking world-class 24/7.

The expression ‘fast fashion’ has been a typhoon blowing through the fashion and retail industry in recent years, but what does the term mean?

Collins Dictionary defines the term as: “the reproduction of highly fashionable clothes at high speed and low cost.” Brands that offer fast fashion can be found everywhere and anywhere, with stores such as Topshop to online-based brands such as ASOS, it is hard to turn a blind eye to fast fashion.

Before the industry was considered to be a market for all, pre-1800s, clothes were made using local materials and were split into four seasons: winter, spring, summer, and autumn. Merchants would work many months ahead of each line, speculating on what the consumers, who were typically rich, upper-class people, would desire.

The industrial revolution facilitated the speed of production for fashion with newly introduced technology such as new textile machines, factories and the launch of the sewing machine in 1846.

This meant that clothing could be made in bulk and come in a range of different sizes. It also caused a massive fall in prices, which made it affordable for all. This was the making of what we now know as “fast fashion”.

According to Vogue, fast fashion picked up its pace around a decade after the swinging 60s. This saw the rise of boho-chic and it reached the point of no return. Brands were competing with one another to provide replicable trends and rapid production at low prices to appeal to consumers.

The materials used are usually low in quality due to the fast-paced nature of the phenomenon. Women like Duchess of Cambridge (Kate Middleton) and Former First Lady Michelle Obama were spotted wearing brands like H&M and Zara, which introduced the democratisation of fashion, displaying that fast fashion is for all.

It has only been in recent years where the consequences of fast fashion have come to light. It has been found that toxic materials used in the production of fast fashion are harmful to our environment and worker exploitation is a common issue within these companies.

Apart from this, fast fashion has also encouraged a consumer culture, where people choose to spend a significant amount of their salary on new clothes each month.

The question of human ethics has always been a topic of conversation, with it being notorious that worker exploitation often goes hand-in-hand with the conversation of fast fashion. One of the very first incidents on record was the fire in New York’s shirt-wash factory on March 11, 1911, which killed 146 workers.

Fast forward to 2019 and earlier this year garment workers in Bangladesh for global companies such as H&M, Primark, Walmart, Tesco, and Aldi, made headlines for clashing with police over low wages.

According to The Guardian, Bangladesh’s 4,000 textile and garment companies shipped almost £30 billion worth of attire to the UK in 2018, but each factory worker in Bangladesh only earns a wage of £75 per month. In some factories, workers were expected to make 20 shirts per hour.

However, global companies have no real obligation to fix this in accordance with the law. According to The Fashion Law: “a brand is only legally responsible for the actions of suppliers if the brand directly employs and controls that supplier.”

This allows brands to pass the responsibility and fault on to the suppliers. Charities like Oxfam are working hard to pressurise brands in taking responsibility for their workers across the world.

However, it is still a Catch-22 situation as laws currently hold suppliers liable for worker exploitation, not large companies who rely on the suppliers to produce such a huge amount of garments. As time goes on, this is something that is being made more apparent to consumers with more and more individuals turning to re-sale sites such as Depop for clothing. 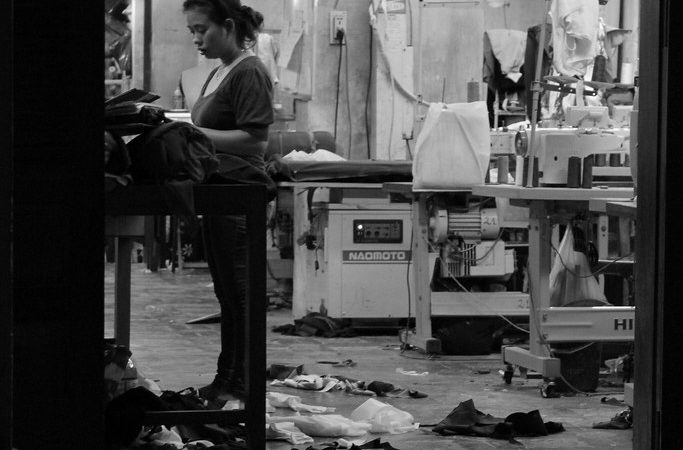 The safety of women in textile factories across the globe has always been a point concern, but new reports have found that women are physically and sexually abused if they fail to meet deadlines.

In two reports published by Global Labour Justice in 2018, it was stated that 540 workers in Asian factories reported incidents of threats and abuse. The report says that H&M lists more than 200 Indian factories as its suppliers.

The research describes a dispute between workers and suppliers over wages where a factory worker at one of the factories supplied to H&M, described a time where her hair was pulled, she was punched and repeatedly told she was a whore.

This is just one of many stories told and untold by workers. It is very apparent that many women do not come forward due to the apprehension they have of their suppliers. Many women spoke to researchers and revealed that they were often beaten when they had not met their daily targets.

While these women, children, and men are facing dangerous circumstances every day for our garments, according to The Times £12.5bn clothes are thrown away each year in the UK, which is equivalent to 300,000 tonnes according to the business research show Wrap.

This seems like an astonishing amount, but with the increasing popularity of sites such as Instagram and the subsequent rise of influencers, people often only wear clothes once and tend to throw it away afterwards due to its cheap material and low prices.

Furthermore, these garments created by brands such as Pretty Little Thing and Boohoo often use dangerous dyes and chemicals that seep into water supplies when being washed. This makes them particularly harmful for people in third world countries who may not have the correct filtration systems and the factory workers of these clothes are exposed to these toxins daily.

“The fast fashion industry is sickening to me, people buying stuff to wear once or twice then throw out. With the climate going the way it’s going fast fashion is only adding to the problem!”

Pretty Little Thing has recently come under fire from their buyers for this statement released on their website: “WARNING: Some products on our online store from time to time may contain chemicals that are known to the State of California to cause cancer and birth defects or other reproductive harm and may be included on the Proposition 65 chemical list.”

The vibrancy and fun textures of newly released clothing such as vinyl hot pink are appealing to the eye, but the textile dye is the second largest water pollutant in the world.

Greenpeace recently conducted testing on many pieces of clothing for fast fashion companies which has now become instrumental in pressurising companies to change the manner in which their garments are produced.

Many of the chemicals found in their research are banned in various countries due to them being toxic, bio-accumulative, harmful to hormones and damaging to reproductive organs.

Polyester is a fast-fashion favourite due to its cheap production, however, when the material is washed, micro-organisms are released which poses a threat to our marine life.

Animals such as plankton consume the microorganisms, which then poses a threat to human life as it makes its way up the food chain to fish and shellfish which are in many of our diets.

A documentary called The True Cost, released in 2015, displays the harrowing effects of toxic chemicals on agriculture and human life, including unprecedented birth defects in the children of Indian cotton farmers.

Most cotton worldwide is genetically modified to resist specific types of pesticides which causes complications such as the development of so-called “superweeds”. This is then killed using more toxic chemicals and is hazardous to humans and livestock.

Brands such as Zara are one of many companies joining the growing investment in organic cotton but as it stands, the use of organic cotton represents only 1% in the fashion industry.

Fast fashion has blinded many consumers due to their desirable characteristics; cheap, fast and attractive. But the majority are now on a course of action to tackle the detrimental impact of the speedy clothing that occupy our wardrobes.

With just a little over a decade left to minimise the consequence of climate change, the realisation could not have come soon enough for many climate change activists. According to Lyst, searches for sustainable fashion went up by 66% in 2018, with customers searching for clothing using keywords such as ‘organic cotton’ and ‘sustainable cotton’. 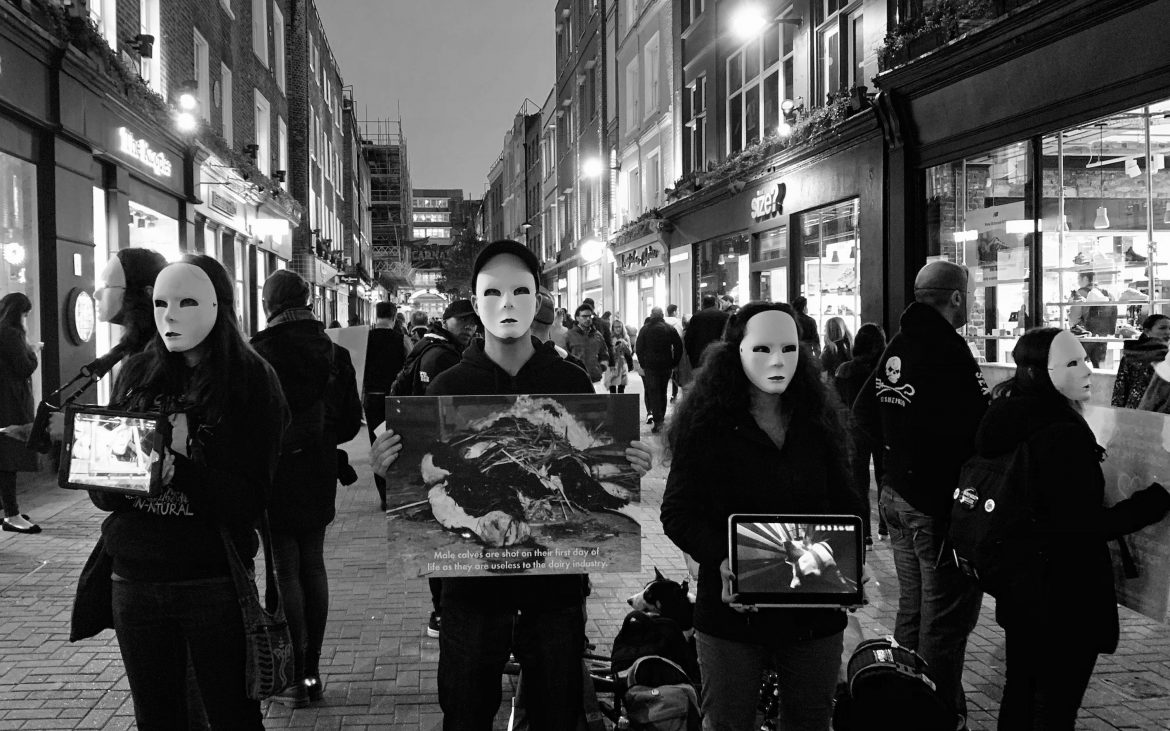 Platforms like Depop have soared to popularity, changing our outlook on buying used clothes. Founded in 2011, Depop users make around £300 million a year, a figure that has doubled year after year. It is suggested that its top sellers make around £150,000 a year.

Josie, owner of Trash2Treats, prides herself on selling items that have been reworked and are sustainable. “I think people are starting to lean towards second hand and vintage clothing as vintage clothes especially have come back into fashion.

“People are generally more aware of the impact they are having on the environment and want to help wherever possible. People are more willing to spend slightly more on something they truly love, and they know will last.”

The fashion industry as a whole is guilty of being unethical to human life and the environment. Slow fashion is a development towards sustainable, mindful production and lasting garments that are better for all. It is the push the fashion industry needs, towards mindful fashion choices.