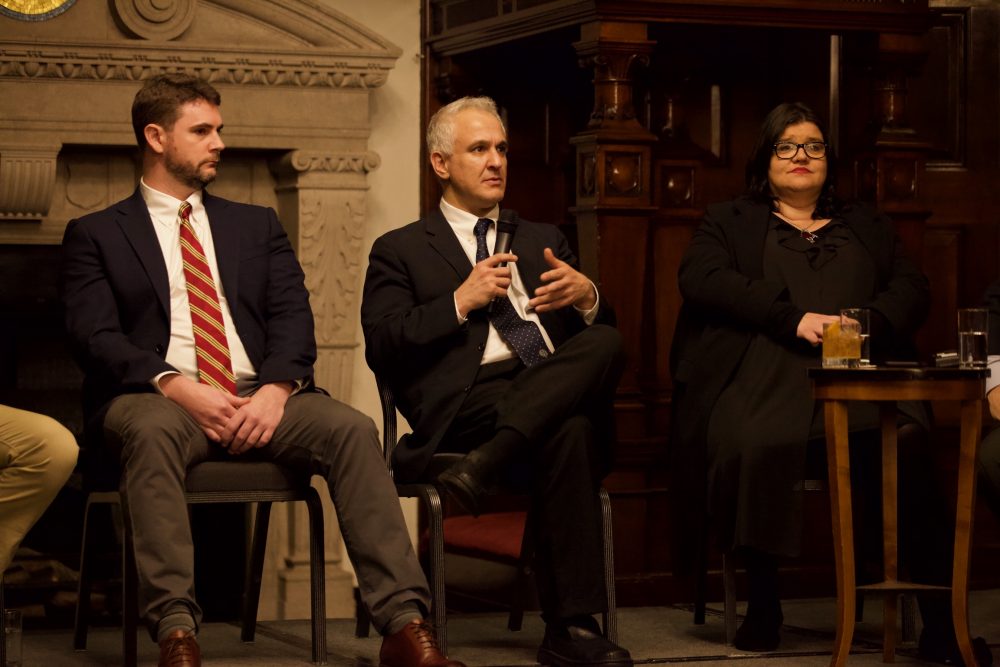 Yet they were all parodies, produced by assistant professor of philosophy Peter Boghossian, author and doctor of maths and physics James Lindsay and ‘humanities-exile’ and editor-in-chief of Areo Magazine, Helen Pluckrose.

The trio submitted fake papers to a range of respected academic journals to show the glaring issues within the critical theory and cultural studies faculties, since the infiltration of a ‘social construction’-based theory in academia.

It has been suggested that the published papers are a euphemism for a broken society. Their published status shows the pernicious growth of the ‘social construction’ ideology; from its humble beginnings on niche pockets of Twitter to ‘cancelled’ celebrities and identity-inclusive brand campaigns.

And now, as the icing on top of the politically correct, gluten-free, (vegan) cake, is the invasion of the most prestigious industry of human knowledge. If academia can be easily corrupted by its direct enemy — nonsense — is there any hope?

The authors, who met through the New Atheism Movement, were concerned with areas of scholarship that they facetiously nicknamed ‘The Grievance Studies’, due to their common goal of “problematising aspects of culture to diagnose oppression in identity.” 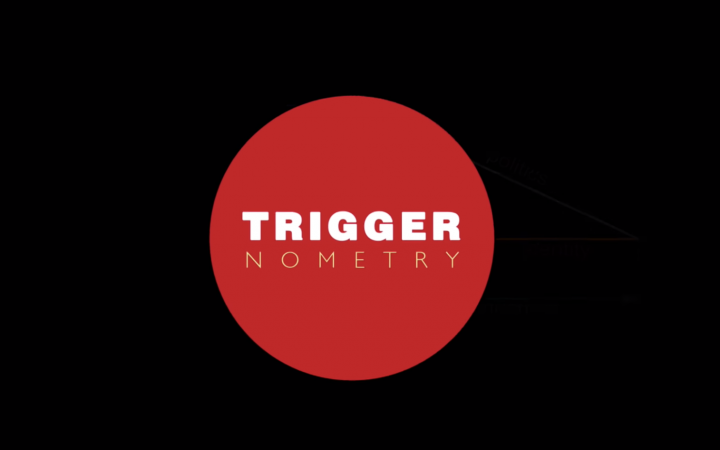 They infiltrated these areas by adopting à la mode social justice jargon. Speaking about the parody papers on controversial YouTube talk show Triggernometry, Pluckrose, who is fluent in social justice vernacular, admitted to “targeting journals with ideas that should have been very clearly nonsense and unethical.”

One of the 20 hoax papers published in Gender, Place & Culture, a journal of feminist geography was titled “Human Reactions to Rape Culture and Queer Performativity at Urban Dog Parks in Portland, Oregon” and claimed that dog-humping in parks was proof of the rape culture that many academics and students claim is widespread throughout society.

The most disturbing, totalitarian-infused hoax paper of all was titled “Our Struggle is My Struggle: Solidarity Feminism as an Intersectional Reply to Neoliberal and Choice Feminism”. Here, the trio re-wrote the 12th chapter of the first volume of Adolf Hitler’s Mein Kampf but “replaced ‘our movement’ with ‘intersectional feminism’ and just made the rest work,” Lindsay said. The piece was accepted by Affilia: Journal of Women and Social Work.

The hoaxes, as funny as they first appear, reveal the ideological bias in the very institution where it is least acceptable.

In 2017, prior to the addition of Helen Pluckrose, Boghossian and Lindsay produced “The Conceptual Penis as a Social Construct” which they later described as “ridiculous by intention. The paper essentially argues that penises shouldn’t be thought of as male genital organs but as damaging social constructions.” To add salt to the wound, they looked at “The Conceptual Penis” through a black, feminist, criminology lens, and described “penises as concepts of masculinity that are causing global warming.”

The thought of respected academics, nodding in agreement while reading this paper, seems like something that could only exist in an episode of Bojack Horseman or South Park; the downside being, this particular show unfolding before our eyes is not one we can switch off from. It is a frightening display of the rippling effect of a majority opinion in a minority field. 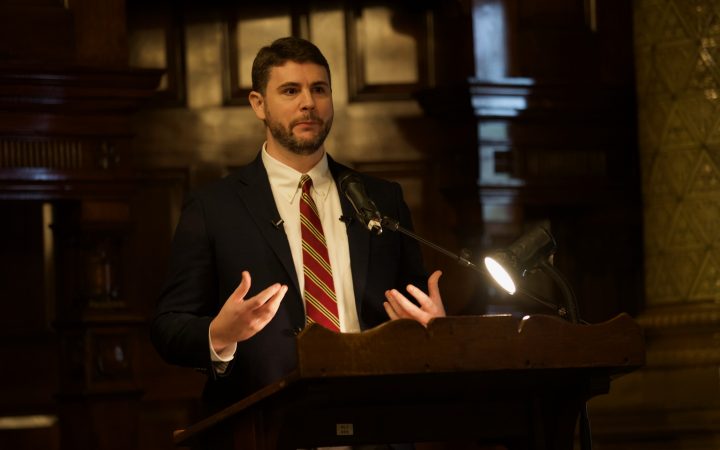 The jovial mood in the famous Gladstone Library, home to the National Liberal Club, soon grew stiff with seriousness as Dr Lindsay professed: “A huge cultural shift is taking place right under our noses and this could end badly for some people.” He went on to say, “it comes in a pretty box. I want you to come away today, seeing what’s inside that box and to see that it doesn’t match what’s on the picture on the outside.”

On the outside of the box, social justice activism focuses on the power of narratives and the existence of power within dominant cultures. It seeks to repair unconscious bias that has merged with the ruling cultural practices of the time. The problem is, those who hold the reins in society shape the stereotypes and assumptions of wider society.

Many of these belief systems favour an elite creed to which they belong, whilst turning their nose up at those beneath. Social justice activism recognises that social influences are also a form of power. The movement aims to do more than just hold a magnifying glass to the intolerant composition of society; its goal is to eradicate the structures that favour some groups while oppressing others.

But it’s not all bad. On the one hand, this global social awakening has made people more aware of how imbalances hurt marginalised groups. At its best, social justice activism has successfully shown the biases which are inscribed into the small print of our interactions.

It is thanks to social justice activism that minorities have been brave enough to discuss hurtful assumptions or deductions made about their culture, like describing African hair as rough or assuming an Indian couple’s marriage was arranged.

The work of social justice activists and their sharing of prejudiced stereotypes online has taught those with more privilege how to be kinder. In this new climate, where minorities speak openly about the minor and major offences they have faced, dominant groups, brands and corporations are more mindful of discriminatory bias they may carry. In short, social justice activism has made for a more mindful society, especially towards groups that were not once a primary consideration.

Wrong. New laws reflect new times, but do not stop the existence of prejudice, casual stereotyping, or the belief that minorities “must work twice as hard.” Instead, these ‘new laws’ set up to oppose discriminatory practices, offer only a superficial pretence of true ‘social acceptance’ but don’t address the deeper, underlying sources of discrimination.

Although social justice activism does some things right, the movement, as well-intentioned as it may seem, is not without fault. As Portland State University’s (PSU) professor of philosophy, Peter Boghossian later found out for himself. He came into contact with the ungracious methods of social justice activism in 2017 after inviting former Google engineer and author of Google’s Ideological Echo Chamber, James Damore, to speak as part of a panel discussion at PSU.

After a diversity conference, Damore believed the reasons for Google’s 20% female workforce could not be simply explained away with micro-aggressions and unconscious bias as his employer had suggested. 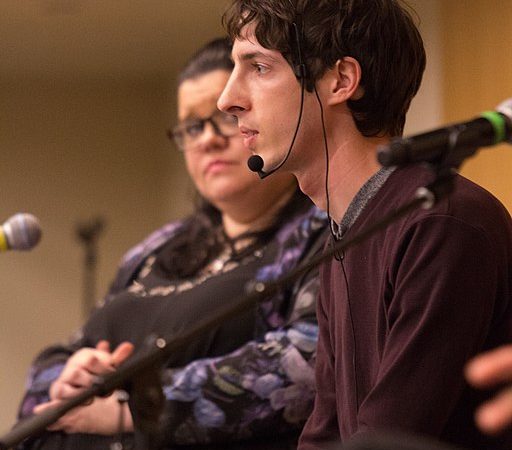 He argued that the gender gap at Google could be partially explained by biological differences, saying “women are more naturally inclined to opt for careers which offer better work, family and quality-of-life balance, and in the interest of men to find work which offers high pay.”

Damore had even suggested solutions to make his workplace more appealing to women. But when the memo was leaked and published to the press, Damore was branded as a racist and misogynist, and was fired from Google.

Activists at Portland State avenged Boghossian’s invite by leaving a bag of faeces on his desk and putting Swastikas on the bathroom walls. The motive of such ruthless harassment is to frighten to the point of submission, a tactic often used by a minority of social justice activists.

Perhaps the most perplexing issue of social justice rhetoric is this expectation to surrender what we knew to be true yesterday for progressive empirical ‘truths’ dressed up as fact. Prior to 2015, biological differences between men and women were widely accepted as truth, backed up by biology and psychology. But in this high octane social justice climate, opposing the ‘social construction’ of society is to welcome the threat of physical violence and harassment.

It is not uncommon to hear phrases like “speech is violence” in social justice spheres on the internet. Conflating violence with discomfort highlights a disconnection from language and distances language from its purpose of being truthful.

If differing opinions feel like violence, then real violence can be an appropriate response. Violent responses to language, such as the ones produced by the PSU panel with Damore, are a tactic used by the activists and are justified by labelling opposing speech as violent.

Boghossian’s treatment by students and Damore’s dismissal are common goals, sought after by those frightened by differing ideas, to punish people who challenge the so-called “New Woke Order” into silence and submission. 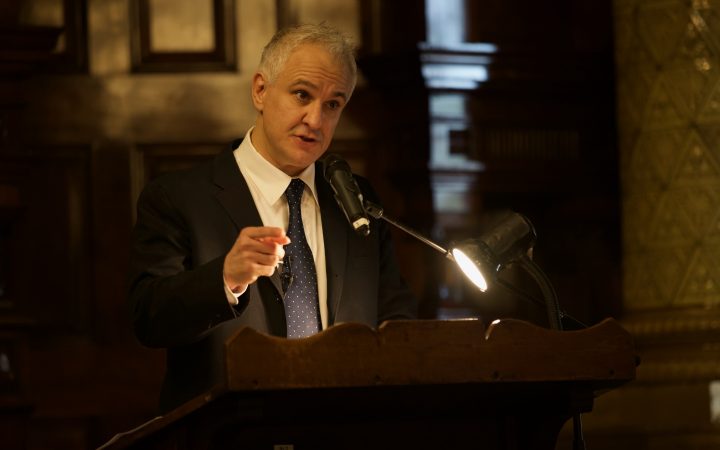 Boghossian is no stranger to the methods of the more extreme end of social justice activism came up with a list which, and he  highlights “the seven ways social justice activism destroys freedom of speech.” At the top of the list was name-calling; labelling people Nazis, White Supremacists, transphobic etc. Name-calling “stops conversation where it should begin”, says Boghossian, making people stop listening to ideas that a progressive crowd have labelled dangerous.

Another was “claiming speech is violence” which manipulates organisations to stop giving platforms to people who challenge social justice ideas, as both Boghossian and Damore along with many others have faced.

Boghossian later went on to say: “And because it’s violence, [they are] not going to do the intellectual work and take time to figure out what that person is talking about.”

One of the widely debated tactics the online activists use is ‘cancelling’ (also boycotting) a person (usually, but not always a celebrity) because of their un-progressive ideas, past and present, which are not only unacceptable but punishable offences.

The downfall of a career or even small businesses is considered to be social justice through consumer awareness of good and bad, who to support and who to withdraw support from. Revenge and being responsible for the teardown of a celebrity or even someone with followers and therefore a ‘platform’ are some of the more radical social justice activists’ most proud pursuits.

The conference made clear many of the resounding concerns about social justice activism crystal clear, but the most poignant was how, if we allow it, social justice activism has the power to corrode factual information, truth and reason through, as Boghossian put it, “idea-laundering.” The act of creating falsities which parade as fact, just as the hoaxers successfully accomplished.

At its core, social justice is a noble idea. Who doesn’t want a society that is fairer for all? Their methods, rigid fixation on identity and not character, the laborious task of scanning every interaction for discrimination, are a counterproductive means of effecting positive change.

Social justice has made society more mindful of what can be considered ‘the other’. But seeing people only as their cultural signifiers focuses on labels instead of what is underneath, and the progression of society has always depended on uncomfortable conversations.

A future where only the truth itself is debatable is one that erodes the necessity of logic, fact and reason whilst relying solely on observation and personal experience. And at its core, no matter the good intention, the quest for social justice will not be achieved if its methods regularly result in the injustice of others.

All images courtesy of Reid Nicewonder.