Astral projection’ is the mental process of transcending the confines of your physical shell and provoking an intentional out-of-body experience in which your ‘soul’ or ‘astral body’ explores limitless, non-physical realms.

While this may fall short of your accepted limits of reality, this seemingly bizarre, unorthodox practice, can provide life-changing experiences and is a source of creativity, inspiration and spiritual awakening for many of those who try it.

The reported sense of enlightenment that comes with expanding beyond the realms of your body can be more than just a personal voyage in one’s head, however, astral projection can inspire people to recreate or reflect their experiences in creative forms, such as paintings, sculptures and murals.

This is often referred to as ‘channelled art’ and is rumoured to have been a source of inspiration for some of the most famous artists in history, Leonardo De Vinci and Vincent Van Gough, to name a few. This is a practice artist Naomi Walker claims is crucial to her work. 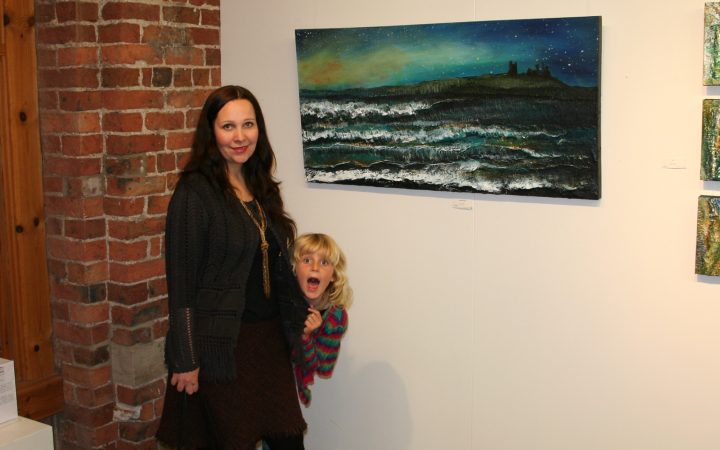 Naomi Walker and her Daughter, Ruby, at an her art exhibit [Naomi Walker]

Naomi Walker, 46, an artist from Rothbury, Northumberland, has been creating channelled artwork since she was five years old but it became her full-time profession in 2009. She describes it as “opening yourself up to external energies and interpreting the messages you receive,” and claims it “means the world” to her when she sees the effect her work has on the people who have commissioned it.

“Whether it’s confirmation from loved ones on the other side of the veil or a very personal message, the results are why I do this.”

Naomi mainly receives commissions from the US and the UK, but her work has a worldwide following and is bought by people from all around the world. Commissioning a piece involves creating artwork based on the energies or messages that she receives from a client. “I can do this in person or over distance” she claims. “Time and distance are illusions and have no bearing on energy exchange and spiritual connections.” The internet has been a useful tool for spreading her work. 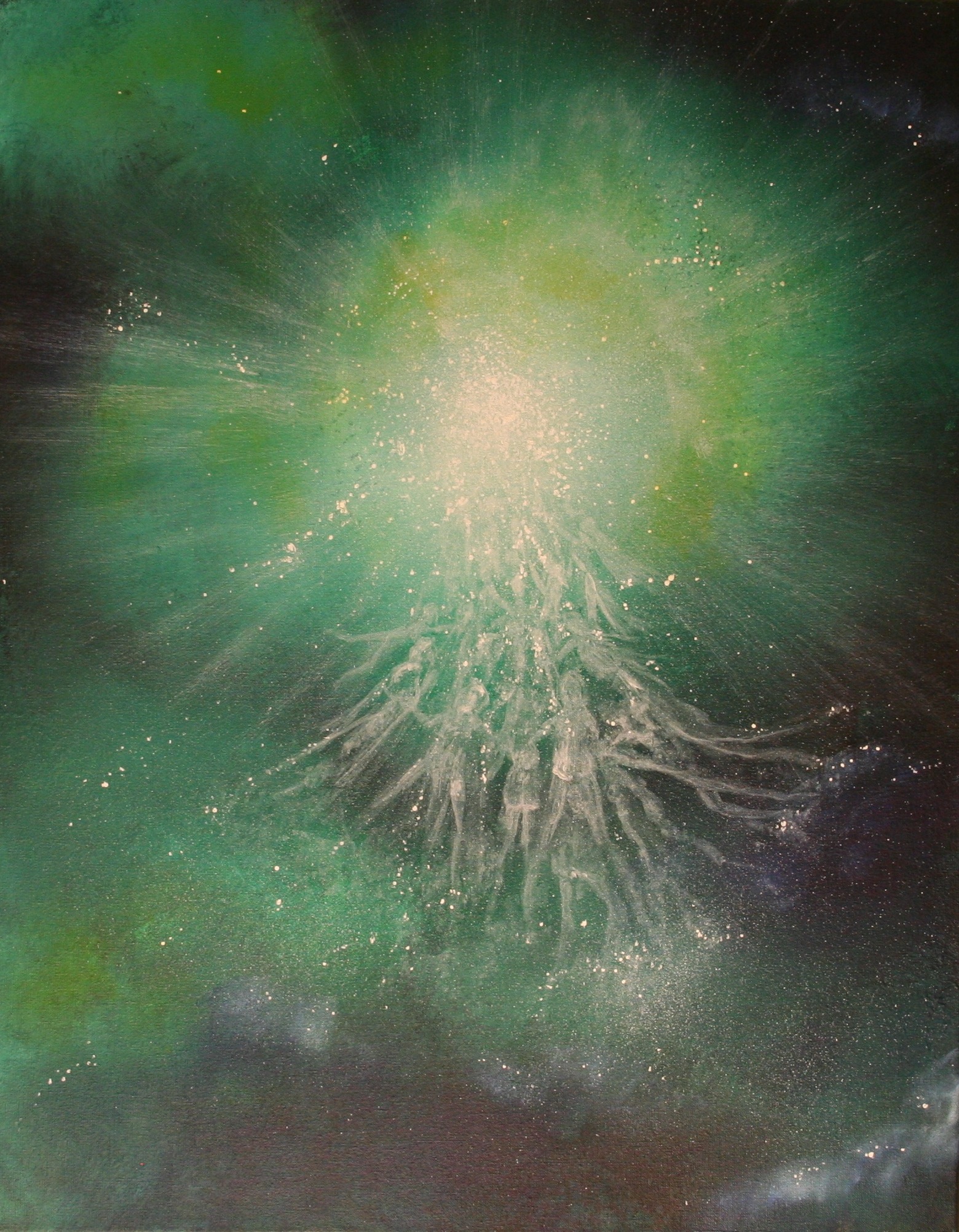 Naomi has been experimenting with astral projection from a young age. “At five, I was simply doing something that I enjoyed, and I thought that everyone did the same,” she recalls. However, her unique ability was not something that many children understood or experienced, which left her feeling isolated.

“By the age of around six, I had concluded that Father Christmas and the Tooth Fairy were no more than a figment of my parents’ imagination. I had so many questions to ask about everything around me and so much I needed to learn.”

Although she was raised in a Christian household, Naomi became cynical about many things she was being told. “I really believed in God, Jesus and the Bible in my younger years but couldn’t help but start to question it. I became hugely disappointed that there were so many obvious holes in the story.”

“I think that it’s good to have a healthy level of cynicism,” she continues. “I’m wary of people who believe anything they’re told without researching the facts themselves.” 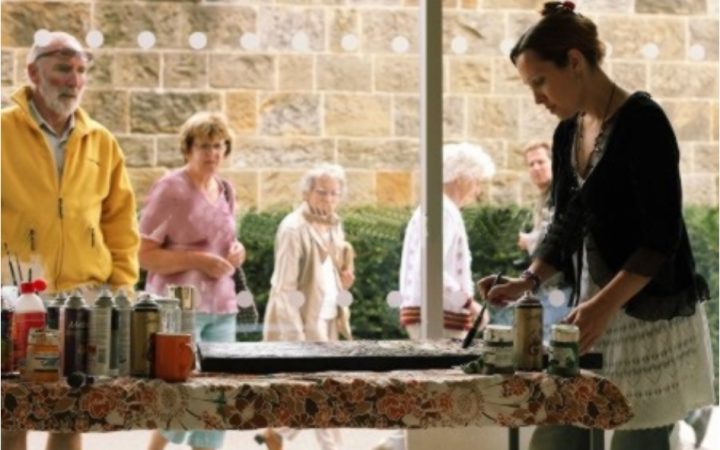 Naomi’s youth was difficult and traumatic. “My mother left my father when I was ten. I came in from school and she just wasn’t there. My dad committed to raising me, but he drowned in a boating accident three days before my 12th birthday. I was steering the boat and oversteered and he fell into a lake. It all happened in front of me. It impacted my whole life hugely. Not only did it leave a gaping hole in my life, but it also made me more determined to find out all I could about the afterlife.”

Naomi explains how she sought to find peace from the tragic events that had occurred. “I started reading lots of books by mediums. The fact that my mother left me and my Dad has affected my relationship with her. It hasn’t been easy to let go of the hurt. But now, I feel that the angels have helped me to see that people make mistakes and good people do bad things.”

Because of this, she continued to document her travels and emotions through her art, where she would often draw the cosmic beings she came in contact with. She refers to these beings as angels.

“There are more beings than we are aware of. Some of these are non-physical. I encounter all sorts of beings when I’m out-of-body. Some are good, some not so good,” she says.

These angels are a common theme in her art and have also been able to aid and assist her in many aspects of life, other than art. She recalls a time when she was being taken on a journey by her “guardian angel and being shown how the Earth will solve the climate crisis.”

Although Naomi’s work is largely concentrated on channelled art, she also relies on a lot of inspiration from nature and her childhood in Northumberland. “I used to spend a lot of time exploring the countryside and playing in the woods and moors. I felt naturally in tune with the energy of nature. I think that is why I feel very close to animals and find the outdoors both therapeutic and inspiring.” 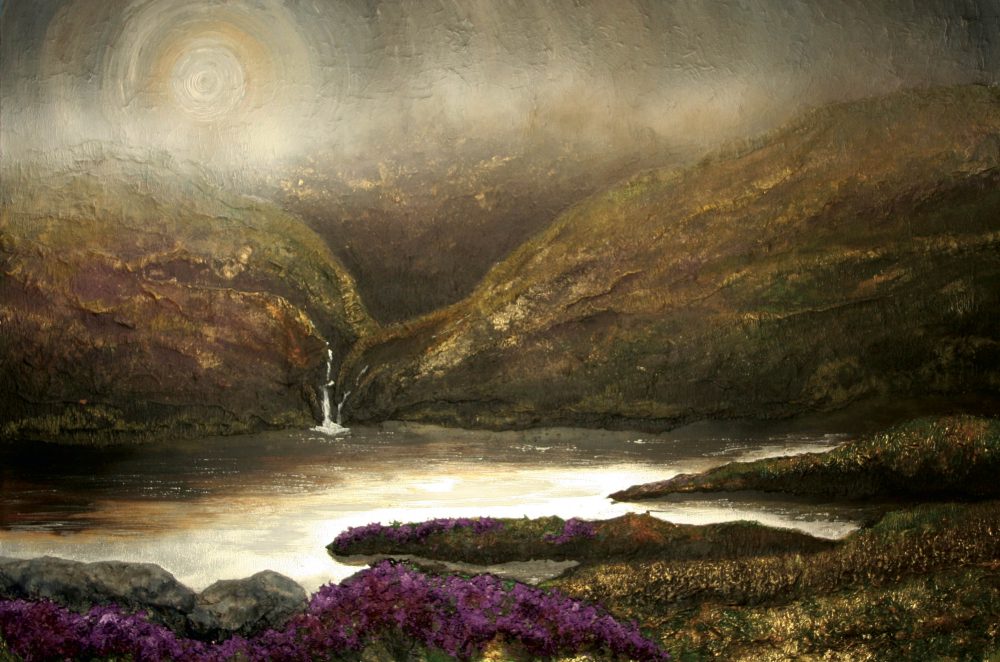 Naomi shares her passion for nature with her passion for non-physical experiences equally and has devoted a lot of her time to painting landscapes and working from her experiences in the natural world. “I went through a stage of painting landscapes so would use the outdoors for inspiration. However, I get to visit some truly amazing non-physical locations when out-of-body. More often than not, these places are truly inspirational, and I feel that I’m obliged to translate them onto canvas.”

Many assume that astral projection is similar to lucid dreaming, where one feels in control of their dream, yet Naomi explains that this is not the case. “People think they have been astral projecting when they dream of flying. A true separation of the astral body from the physical doesn’t feel anything like dreaming. It’s a very real, very physical experience”. 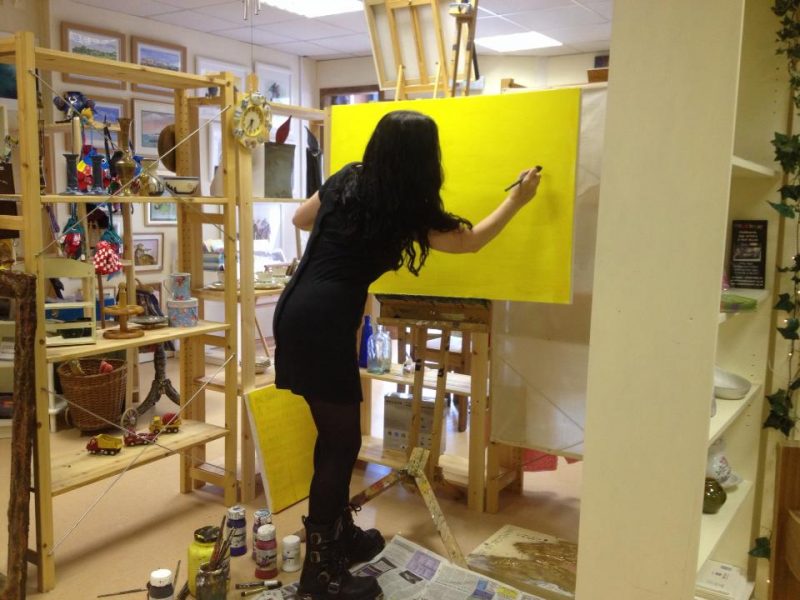 Common reactions towards such a bizarre practice that discusses ideas of the ‘soul’ and non-physical realms was something that Naomi was always concerned about, thanks to a certain stigma associated with these beliefs and customs.

She has since understood that her passion and experiences are something that is deeply meaningful and useful in her life, despite how strange it seems. “Some think I’m lying; some think I’m crazy and some are genuinely interested and want to learn how they can project.”

Naomi’s paintings are available online and she continues to accept commissioned orders from all over the world. The price varies on the size of the painting. Each painting is significant and holds a meaning that she would like everyone to follow.

“If I had to give you one generic message that applies to all my work, it’s that we are all connected. We are all one. You are more than your physical body. Rise up and fulfil your true potential.”