The environmentally-conscious amongst us have long opted for reusable coffee cups, turned against unnecessary food packaging and ditched plastic straws for the sake of marine life.

When it comes to travel however, deciding to sacrifice a quick jet getaway seems to go beyond the moral reckoning of opting for more eco-friendly products.

An estimated 2% of all human-produced carbon dioxide (CO2) emissions are caused by the billions of travellers taking to the skies every year. More than 4.6 billion passengers travelled by plane in 2019 and as flights become cheaper and our travel culture grows, the demand for plane travel is only expected to keep rising.

Since 2010, the aviation industry has seen a 75% increase in passengers and the International Air Transport Association states that: “Present trends in air transport suggest passenger numbers could double to 8.2 billion in 2037.” 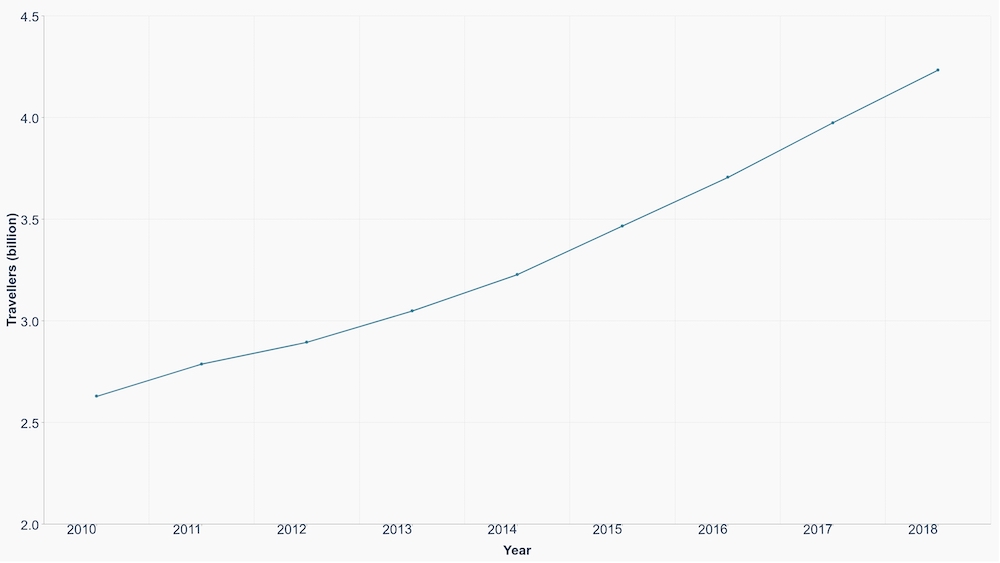 Sustainable logistics professor at MIT, Josué Velázquez-Martínez, told MSN: “When customers want to receive a product in one or two days, the carbon emissions increase substantially. If you are willing to wait a week, it’s like killing just 20 trees instead of 100.”

Most people know that air travel impacts our environment negatively, yet still choose to do it. Perhaps because travelling via plane serves an important social function in our modern society, that presents a bigger sacrifice than going vegan for a month.

Planned travel enables families to stay connected across continents, gives us the opportunity to explore new cultures and supplies isolated towns with food and medicine, and frankly, it is difficult to judge those choosing to travel via plane, because there are very few alternatives. 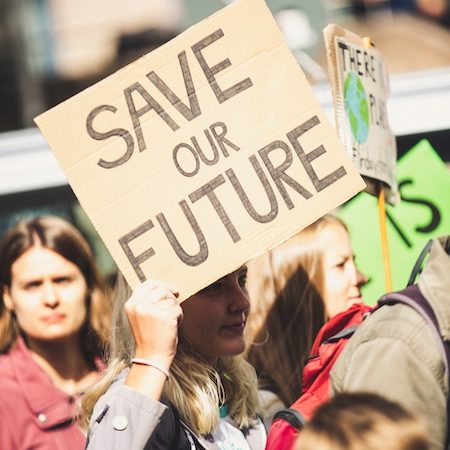 The Fridays for Future protests inspired thousands of students to take to the streets to demand governments to take action on the climate emergency [Unsplash: Markus Spiske]

Greta Thunberg, who sparked global protests with her Fridays for Future movement in 2019, recently crossed the Atlantic by boat for over two weeks – the only mode of transportation that kept her carbon neutral on her way to New York for the UN summit on zero emissions.

Whilst many criticised her, saying that this was not an option that was available for everyone, Thunberg explained this was the reaction she was hoping to evoke: there are limited carbon neutral travel alternatives that are efficient, accessible and affordable.

I have been trying to implement changes into my daily routine that help reduce my carbon footprint, but I never thought much about opting for more sustainable ways of travel. Until I thought, ‘if I’m making such an effort to avoid plastic, why am I not considering to travel more sustainably?’

Which is why, when I booked my ticket home to Berlin for Christmas, I booked a train journey. I was hesitant at first because I thought I would regret the nine-hour journey as opposed to the one-and-a-half hour flight – but with Greta’s patience to travel in my subconscious, I felt certain this comparably short trip would be worth it.

I boarded the Eurostar to Brussels at 07:16 on a Monday morning. After getting to St. Pancras International 45 minutes early in respect of the security and boarding times, I was sat in my seat shortly after a swift check-in. 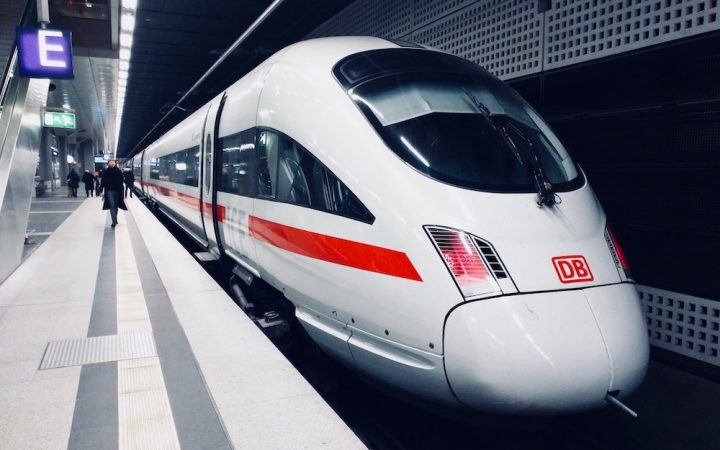 Following a croissant and a hot coffee, I peacefully gazed out of the window watching the British countryside pass by. Two hours later, I switched to a German ICE train to Cologne. I had prepared for the journey with an assortment of snacks, downloaded Netflix documentaries and a stack of work that was ought to keep me busy for a few hours – my preparation and keeping busy turned out to be the key to enjoying my travels.

The comfort of getting on the trains and having the time to wind down was a nice way to focus on things that I would normally feel too frantic to do when hopping on and off a plane. Rather than making my way from security, to the gate, to be taken to the plane via bus, I was sat in a relatively comfortable and spacious chair, with Wi-Fi and an onboard bistro accessible at all times.

I then boarded my final train from Cologne to Berlin for the last four hours of my journey. By then, my legs were restless, I was in need of a full meal and fresh air – but as I left the train and stepped onto the platform I was immediately greeted by my family and shortly after made it home.

The only potential downside to my train journey was that the travel time was significantly longer. However, in my favour, I avoided all the lengthy procedures that come with air travel and so by the end of it, the journey did not feel much longer than travelling via plane.

However, had I only gone home for the weekend or was under a work time constraint, taking the train may not have been the most convenient option.

But with a flexible time frame and paying a comparable price to that of a plane journey, reducing my carbon footprint so drastically, made it more than worthwhile.

Although it is difficult to calculate exact emission levels due to variances in the number of passengers, altitude, seating and so forth, the BBC confirms that: “[taking the] train virtually always comes out better than [a] plane, often by a lot.”

Estimated levels of CO2 emissions on the route from London to Berlin via train, car or plane [Der UmweltMobilCheck der DB]

On top of that, Eurostar, the train service linking the UK to mainland Europe via the Channel Tunnel, recently announced that they will be planting a tree for every train service that it operates from January 2020 onwards. This could be more than 50 trees a day and almost 20,000 trees planted a year; another advantage of using their services. 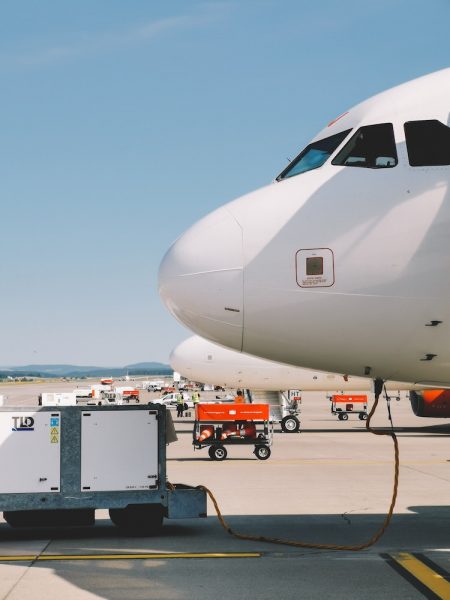 Shorter flights, like many of those operated by EasyJet, produce a larger amount of greenhouse gases than long-haul flights [Unplash: Unleashed Agency]

Perhaps a similar scheme could help the aviation industry offset a part of their emissions – such as the one implemented by EasyJet in November 2019. They announced that they aim to entirely offset the carbon emissions for every flight they operate by: “[offsetting] the carbon from the fuel used, by investing in projects that include the planting of trees or protecting against deforestation and renewable energies.”

Reducing the number of flights would be the easiest way to curb emissions, but it seems to be an unattainable goal if the aviation industry keeps thriving. Therefore, carbon offset schemes that allow large polluters who exceed permitted emission levels to balance out their emissions may be a valuable alternative before new technologies are developed.

“As other sectors of the economy become greener – with more wind turbines, for example – aviation’s proportion of total emissions is set to rise,” the BBC states. In terms of technology, it is said that it could be several decades before electronic and hybrid technology are developed and mainstream. Therefore, even though these interim measures are not the long-term solution to limiting emissions, they can only do more good than harm.

Perhaps bringing more attention and awareness to the environmental impact of air travel will make travellers more considerate of their actions, after all, it has worked in Sweden.

Sweden is the first European country which has experienced a decline in air traffic in recent years, seeing a 4% drop in the number of people flying via Swedish airports and a 9% decrease in domestic travellers in 2019.

In response, the Swedish term ‘Flygskam’ (flight-shame) was coined, which is slowly starting to make its way around the world.

The concept has led to projects such as We Stay on the Ground, run by a Swedish organisation that aims to reduce air travel by encouraging people to opt for more sustainable travel options. Their hope is that by pledging, people will not feel alone in their decision to go flight free in 2020.

As is often the case with the climate change debate, it seems that it comes down to us as individuals to take responsibility for our actions and their subsequent impact on the environment by considering alternatives that reduce our carbon footprint.

And while you may not be able to board Greta’s zero-emission sailboat, you can consider staying grounded when you have the chance.