Does having two identities always mean a double existence?

In the UK, the conversation about gays, transgender rights and legal gender recognition has gained momentum and secured important victories over the years.

New terms are even entering the cultural lexicon as people endeavour to codify their sexual orientation and gender – but the same conversation in Romania is very divided.

Natalie Evans was born as Nastase Petcu and as intersex in Romania; she didn’t go through puberty like many other boys and girls. “I was not a boy or at least I felt like a girl and I wanted to be one but the extremely conservative belief in my family made it impossible for me to talk about anything related to my body,” she says.

When Natalie was born the doctor decided to leave her genitals as they were in the belief that the higher level of testosterone would shape her into a man one day. Her parents believed the doctor and brought her up as a boy.

“I remember speaking with them about my body when I was 11 years old. I felt like a girl and I wanted to be one. They said that there was nothing to do about it and that I would stay like that.”

Intersex, what we previously referred to as hermaphrodite, are people born with a variation in sex characteristics including chromosomes, gonads, sex hormones, or genitals.

According to the UN Office of the High Commissioner for Human Rights, such people “do not fit the typical definitions for male or female bodies.” Intersex might mean being born looking like a boy on the outside but having mostly female-typical anatomy on the inside, like Natalie.

At the age of 19, Natalie took off to Italy where she stayed with her cousin. After a year she left for London where she went through the transitioning operation.

“I reached a point where it was either operation or suicide. The reason I went to London was because of my friends. I did not tell them what I wanted to do with my body because I was scared of their reactions and whether they would support me or not.”

She arrived in 2015 and her first surgery was June 2017, two years later. “Before the operation, you start with a hormones therapy and a phycologist. They do not do the operation before finishing those sessions,” she explains.

“You have to wear female clothes, even if you do not already, and wear it to work, when you do the groceries, or whatever normal settings to figure out how you feel about it.” 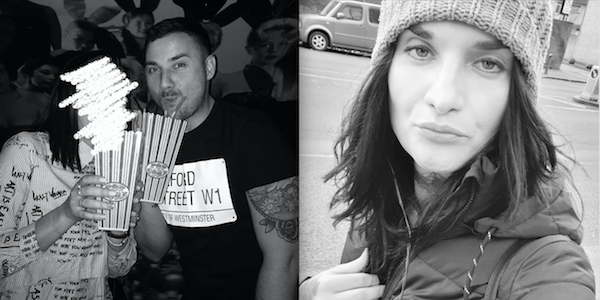 The picture on the left is a photo of Natalie when she was a teenager and male. The picture next to it is taken a few months ago [Natalie Evans]

It is almost impossible to tell how many people that are born intersex as you would have to first get everyone to agree on what counts as intersex.

That could be questions like: how small does a penis have to be? However, if you ask experts at medical centres how often a child is born so noticeably atypical in terms of genitalia that a specialist in sex differentiation is called in, the answer comes out to be about one within 1,500 to 2,000 births according to the Intersex Society of North America.

Romanian society is miles behind other countries and the mentalities, policy trends, or academic discourse regarding gender diversity and the conversation in society is still dominated by straight men and priests.

Power is fiercely defended by ‘family values’ and ‘their 2,000-year old orthodox traditions’. People often preach about normalcy and sexism and naturally, this has a heavy impact on gender construction, maintenance and enforcement.

“My family in Romania knew that I was different but it was never something we spoke about and it is not something you can share with the neighbours. ‘Keep it quiet’ was kind of the message I got from my parents. Growing older I was like ‘but, what about me, what about my dreams and my misunderstanding of my own body?’” Natalie tells me.

Natalie avoided surgical and medical intervention until she could decide for herself, however not everywhere in the world would this would be the case. Global movements have done a lot to command change, but the main issue is the lack of knowledge and understanding related to intersex people.

Some people do not believe that this is a real thing and believe that it is some kind of myth. “One of the issues being intersex is that people don’t know what it is. Many people I speak with believe that I was male before and they often have questions like ‘were you gay before your operation?'”

Growing up as intersex in a country like Romania is not the easiest place to realise that you are different from your surroundings. Natalie could not quite be, or become, a boy or a girl.

Society does not allow her that; it only offers two labels, nothing more, nothing less. Today’s society in Romania, and amongst many other countries, is binary and people believe that there is no other way because it is maintained by medical and governmental authorities. 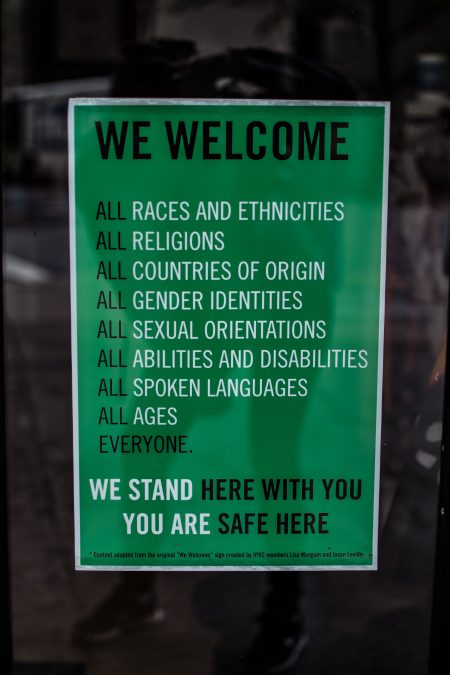 More places are now welcoming of people of all genders and identities. [Unsplash: Brittani Burns]

A study of intersex people published by the Netherlands Institute for Social research in 2014 found that nearly all the intersex people interviewed encountered problems in their social situation.

They talked about being ‘different’, feeling lonely and experiencing shame and embarrassment. “Being different your whole life reveals a lot of questioning. I have never felt so happy, despite all the pain, as when I did the operation. I felt like I could suddenly work on a “normal” life,” Natalie explains.

Birth registration legislation in EU Member States tends to consider all individuals as either male or female. Consequently, in most member states it is required, but not always possible, to assign a sex to intersex new-borns. The moment when birth certificates and registration takes place is frequently the first instance in which intersex people are confronted with a legal issue.

This is very problematic for intersex children as it forces those involved in certifying and registering birth (particularly parents or other family members responsible for the child, health professionals, and birth registry officials) to legally choose between the ‘male or female’ options. In addition, parents frequently lack psychological support services.

Such support would allow them to adequately face parenthood of intersex children, and better respond to the challenges posed by the social expectations, and legal and medical requirements which they, and their children, face (FRA, European Union Agency for Fundamental Rights).

“My teenage years were the worst. Being pushed to live like someone I did not feel like I was. I did not understand myself and I did not understand why they were pushing me to be someone I definitely was not. It evolved in a lot of fights and frustrations. Mainly because they supported me financially and put a roof over my head, I kind of had to do what they told me to,” Natalie said.

“During those years I kind of had a gay life. I was with girls and I kind of went into the thought of me being gay. Also because it seemed to be the only option as I could not speak with anyone about my feelings about being me. At that time I was about 16 or 17.

“Then my life changed completely at 18-years-old when my parents past away in a car accident. After all the trauma of losing them, I somehow also realised that I had lived for so long without doing anything for myself. Furthermore, I did not have the support from my parents anymore, so I could be free and do my own thing. At that time I decided to flee the country and took off to Italy,” Natalie tells me.

After the operation followed the paperwork. Natalie now lives in London and has been in the process for a year of changing her birth certificate: “Romania has no clue how to deal with a case like this. In Romania, I’m still Nastase Petcu and male.”

By law in Romania, you have to request a court decision to give consent for the operation Natalie went through. It is a judge and not the doctor who decides whether it is possible or not. Furthermore, this law only relates to transgender people; there is no law for intersex people.

Natalie went through the operation in London, and therefore followed British law which does not require a court decision before or after. You can request to change your birth certificate after the operation.

“I don’t know what more they want from me. To spread my legs and send them a photo?”

At the moment she is holding the final gender recognition certificate, which she sent to the embassy of Romania plus all the documents that prove medical changes and other records.

Romania sent it back, informing her that first of all she must go to court in Romania and follow their system. The court in Romania needs to recognise the documents issued by Britain before they can confirm any further process.

Although Natalie now lives in London and feel happy with herself, she is still having issues with her case. After the operations and her ‘new identity’ she, understandably, wants to change her birth certificate as it is incorrect that she is male. She has been through this process with the Romanian government for a year and believes that it will take a further one or two years.

Her lawyer will be attending court on her behalf this year. She is unsure about the case at the moment and her lawyer as well. “It seems like they have no clue how to deal with me. Their response is basically that I should have asked them before the operation because I somehow needed their approval,” Natalie says.

Natalie’s lawyer, Radoi Eugenia, is deeply hurt about the situation. She has been working closely with Natalie on this case for the past year and feel like they are in limbo with this case. This is kind of a Sisyphus task, as they are pulled back to where they started every time they get a response from the Romanian court or government involved.

Natalie has a letter from her doctor proving the operation and her identity: “I don’t know what more they want from me. To spread my legs and send them a photo? The only thing I’m asking for is for them to treat me as a person and not a lawless creature. I want to shout at them: please, treat me as a human being.”

The awareness of intersex conditions is growing in many countries, in the past when a baby was born intersex, doctors and the family would decide on gender and raise the baby as that gender — either male or female.

It was common for surgery to be done on the baby’s genitals and also for the child to be given male or female hormones as they went through puberty (PlannedParenthood). But of course, sometimes the gender they picked didn’t match the gender identity the young person grew up to have.

Today, more and more people believe unnecessary surgery and other medical interventions should be postponed until intersex people are old enough to decide for themselves what gender they identify with and what, if any, treatments they want.