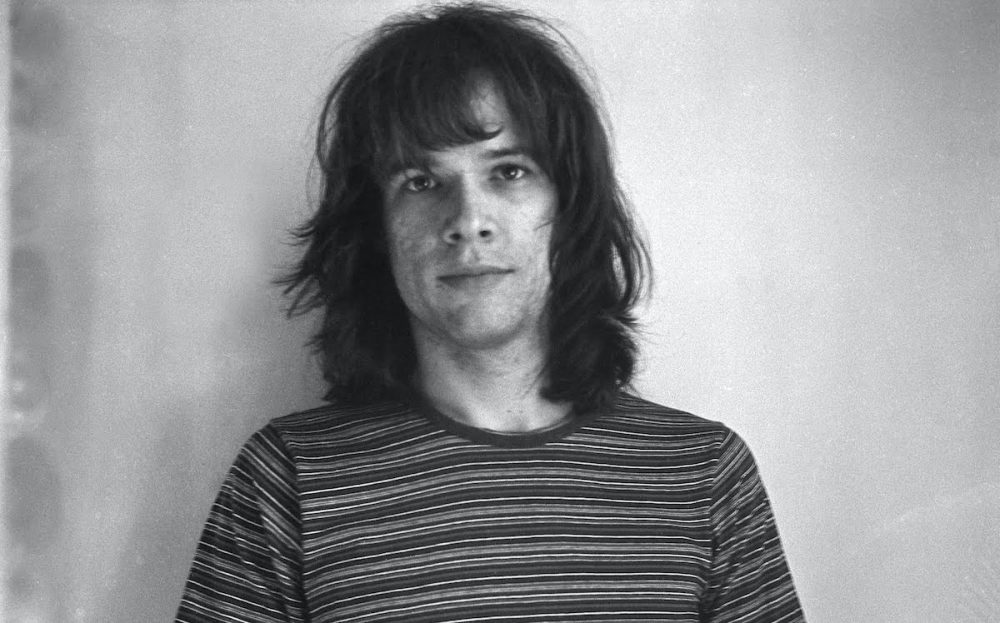 After the passing of cult singer and poet Leonard Cohen it was announced that he and his son, Adam, had sketched out the foundations of an album that was to be Cohen’s final goodbye.

In a similar style to David Bowie, Cohen’s final albums were received to universal critical acclaim, sounding as mystical and pristine as ever on his 2016 release, You Want it Darker, which was also produced by Cohen’s son and released just nineteen days before his death.

Seven months following Cohen’s passing, Adam began piecing together what would later become Thanks for the Dance, a fitting title for Cohen’s final release, who was known for dancing around his stage of choirs and orchestras up until his last performances.

Adam enlisted numerous musicians, including Beck and members of both The National and Arcade Fire to help with the project and to build upon fragmented recordings and old sessions from 2016’s You Want it Darker.

The possibility that both grief and death could produce creativity is an interesting concept and may have proved true for Adam, an established musician himself.

The record was ultimately released in November 2019 to both admiration and approval from fans and critics alike, with Rolling Stone calling the album a ‘magnificent parting shot’ for Cohen.

Though in recent years, the idea of releasing an album under the name of a deceased musician has been a highly criticised topic by music fans due to the fact the artists are no longer alive to contribute nor approve the album, more recently after the premature deaths of young rappers such as Mac Miller, Lil Peep and XXXTentation.

Since the late 60s, posthumous releases have proved to be a big success amongst consumers, with the first posthumous album to take the number one spot being Otis Redding’s The Dock of the Bay after his tragically early death in a plane crash in 1967.

Since its not-so-humble beginnings, posthumous releases are par for the course for many established record labels as an easy way to make money.

So what exactly defines a posthumous release? Often they fall into one of two categories, the first being quick cash-grabs from record labels and estates looking to benefit from the legacies of big musicians, with many citing legendary hip-hop names such as Notorious BIG and Tupac Shakur falling into this category.

Other times, a musician can pass away before getting to finish a significant project, leaving their music and recordings in the trusted hands of friends, family and collaborators to continue.

Similar to Cohen’s Thanks for the Dance, George Harrison left behind a guide for completing his final album, Brainwashed, a project which Harrison had worked on from 1988 up until his death in 2001.

Following Harrison’s passing, his son Dhani and long-time friend and collaborator, Jeff Lynne — who produced his previous studio album Cloud Nine — began working together on the project. After 14 years of indefinite releases and album sessions, Harrison’s album, and his final wish, was finally completed and released to the public in November 2002.

Earlier in 1992, the relatively unknown and obscure cellist Arthur Russell died after a battle with AIDS-related illnesses. After his death, Portland label Audika Records was set up in order to release a range of carefully chosen compilations, albums and reissues taken from his archives and the label made him a significant and beloved musician in avant-garde music.

We caught up with the founder at Audika Records, Steve Knutson, and spoke to him about why he decided to start the label and what creating a posthumous album is really like.

Russell, who struggled with both completing and releasing his projects, finally reached an audience that “he longed for.” An exciting feat for Knutson, who got to compile the music he “most wanted to hear” and expose it to a new generation, after previously working as an executive at Tommy Boy Records.

In Knutson’s case, creating a posthumous album can be as easy as mastering songs, or as difficult as “baking tapes, a detailed file clean up, and editing and mixing the record.”

Knutson is often assisted by Russell’s long-term partner, Tom Lee, whom Knutson gave a plan of what he wanted to release, “I had a pretty good idea in broad strokes of what may be in the archive.” Lee, who stayed with Russell up until his death, wanted the world to know “what a brilliant songwriter and artist Arthur was.”

Although Russell left behind an archive filled with a huge amount of amazing music, for Knutson, “it was quite easy to decide on what to release.” Audika Records stands as a “labour of love and a privilege” where he can openly present Arthur Russell’s music to the world.

Though not all posthumous album releases are as straightforward as Russell’s, especially for megastars. Tupac’s seven-album posthumous discography lies within the list of big names who have been exploited by the music industry after their death.

Many dispute the fact that Tupac would have let albums such as Tupac Resurrection see the light of day, which features trite production from Eminem, unwarranted acapellas and plenty of filler tracks.

But where there’s a market, and in this case a big market, it’s hard for the music industry to say no to once again resurrecting an artist. In 2007, Forbes claimed the Tupac estate raked in $9 million from posthumous releases, more than both Eminem and 50 Cent made in 2010.

Later in 2012, Coachella spent an estimated $400,000 on hiring AV Concepts to create a hologram of Tupac to perform at the festival alongside Snoop Dogg and Dr. Dre, with the general consensus of Twitter’s reaction being less impressed and more uncomfortable with the concept.

Many critics have highlighted that posthumous albums have led to making money from musicians after their death, therefore leading to lucrative (and slightly worrying) ideas such as performing holograms of dead artists.

Other deceased musicians still being made to tour in the form of a hologram include Roy Orbison, Buddy Holly, Whitney Houston, Amy Winehouse and Frank Zappa.

However musicians are not the only people affected by this process, their families can be too. One year after the death of Michael Jackson in 2010, his first posthumous album, Michael, was released.

Jackson’s family began very publicly raising doubts to whether it was actually him singing on three of the songs on the album, Breaking News, Monster and Keep Your Head Up — otherwise known as the Cascio Tapes, after the album’s co-writer Edward Cascio.

Joe Jackson, Michael’s father, who spoke through his lawyer claimed Jackson was a perfectionist and “would never have wanted his unfinished material to be released”, whilst Jackson’s brother Randy claimed the family were not allowed inside the recording studio whilst the album was being completed.

Six years after the album’s release, a class-action lawsuit was filed by a Michael Jackson fan who purchased the album against Sony Music on the grounds of fraud.

The lawsuit contested the authenticity of the vocals on the Cascio Tapes, to which Sony raised the First Amendment defence, claiming that regardless of the songs’ authenticity, they had a constitutional right to attribute them to Jackson, ‘hypothetically’ admitting the songs were in fact not sung by the King of Pop.

“I just want to be able to perform MY OWN music.”
Taylor Swift

The debate on posthumous releases will continue for years to come, as our demand for a constant stream of new music continues, record labels and estates will continue to provide us with substandard remixes, though more and more musicians are taking precautionary steps to make sure they don’t have the same fate.

In August 2016, Frank Ocean went through numerous issues with Def Jam, describing it as a “seven-year chess game” with the label which led to his album suffering frequent delays.

In order to fulfil his contract with the record company, he released a visual project titled Endless exclusively on Apple Music and released his biggest (and arguably best) album Blonde on Ocean’s own record label Blonded, giving him the rights to his latest album and any future releases, as well as buying back his own master recordings from Def Jam.

She wrote a Tumblr post stating how she had tried to buy her masters for years and described Braun as a “manipulative bully” and explained “neither of these men had a hand in the writing of those songs. They did nothing to create the relationship I have with my fans. I just want to be able to perform MY OWN music.” Swift now plans to rerecord her first six albums in November 2020.

Though it’s getting easier for established musicians to buy back their releases and rerecord their older albums, the problem for up and coming musicians still lies in putting trust into record labels who may not have their best interests at heart.

Third-party apps such as Spotify and Bandcamp are making it increasingly easier for musicians to skip the record label and release their music, but it’s still proving to be difficult for artists to take the place of the label.