It is 31 months since Londoners woke up to the news of the Grenfell tower fire, and to mark this, more than 100 people gathered a few streets away, undeterred by the drizzle on a rainy January night, in typical London fashion.

Some who joined this two-mile walk were residents, neighbours, friends and family of those who lost their lives. Others had come to show their support and solidarity, making sure those who died are never forgotten.

The sobering silence of the large crowd was a stark reminder that while the building may now be covered up and people have managed to carry on, a once-vibrant, bubbly community still lives with the memory, loss and heartache.

In the early hours of June 14, 2017, a small fire broke out and set the 24-storey west London residential tower block alight, leaving a death toll of 72, and 70 other people injured.

In the wake of London’s single largest loss of life since the blitz in World War II, campaigners emerged and are now calling for investigation, recognition and justice, as groups such as Grenfell United and Justice4Grenfell. 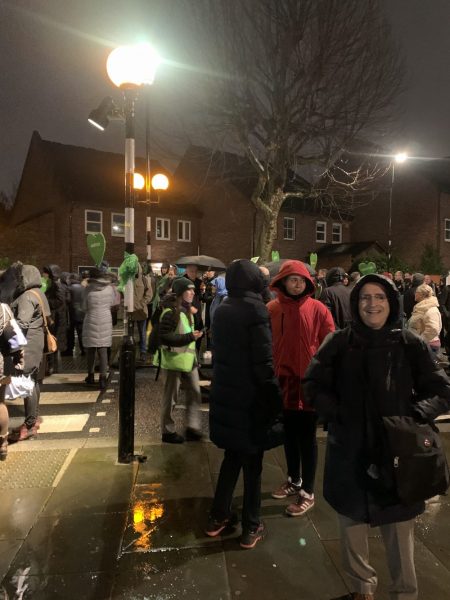 One of the biggest driving forces behind the public reaction and response was social media; from the livestream inside the tower that circulated immediately to the online groups who have continued to organise rallies and the charity fundraisers for victims with music events including some of London’s biggest names attending.

Grenfell United, the organisation behind the monthly silent walks, has been a vital asset in bringing the community together in a peaceful, respectful and communal manner; giving people a chance to come together and reflect on what Grenfell and its demise meant to themselves and one another.

Over time, there has been a decrease in the number of people who attend the silent marches. This is not a surprise to regular attendees, who have been able to witness this decline. “I didn’t expect so many people to turn up today, to be honest,” announced Zeyad Cred, organiser of the silent march.

Firefighters took their place forming a barrier at the front of the group, holding a banner that read ‘Grenfell never again’. People followed behind them, letting them lead the way. Many by-passers stopped to film the march and a few decided to join.

At the end of the march, a moment of silence for those who died took place behind the now, covered tower block. All 72 names of the victims were then read by Zeyad Cred, followed by the chant of: “Justice.” 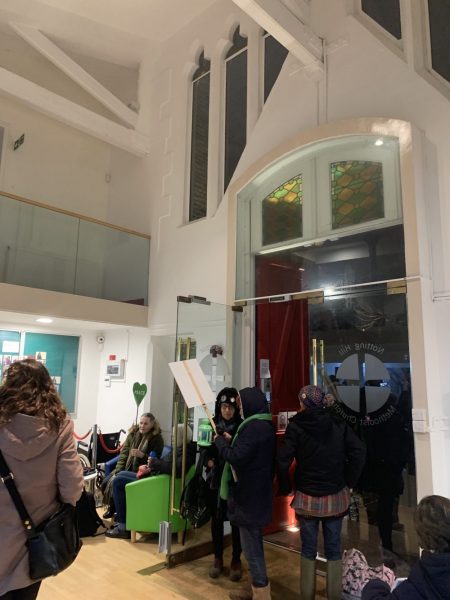 “This community has been subject to psychological warfare, in the last month at least. We have all been lied to by leaflets that have been put through our door, in order to get us to vote against our own interest,” said guest speaker, UK rapper Lowkey.

“The reality is this: we have lost someone who is a champion of this community in parliament, who has been replaced by someone that belongs to a party that is responsible for that fire,” Lowkey added.

Anger towards politicians, prime ministers, MPs and council officials has been voiced since that tragic day. Many community members have continued to battle those deemed responsible and have made sure that everyone understands what occurred was not an unavoidable freak accident, but rather the result of cutting costs at the expense of the lives and safety of some of the lowest-income residents of London’s richest borough. This anger and outrage were just as apparent, 31 months later.

Despite the mass coverage within UK and international news outlets, discussions have dwindled as time has gone on and campaigners have been left awaiting outcomes of lengthy investigations, inquiries and reviews. Yet a few months ago, as if taken from an Orwellian dystopian fiction, anger and outrage re-sparked the fight for justice once again. This came following Jacob Rees-Mogg’s comments on the conclusion of the London Fire Brigade report, in which he claimed to believe the tragedy could have been avoided with: “common sense.”

Alongside the cladding scandal, the fire brigades handling has been under rigorous assessment in the months and years following. The orders given on that night to stay indoors have had a heavy toll on this community. A body count on this scale, however, is more than enough of a reason for the fire brigade to do all they can to ensure this never happens again. With the two reports which have since been published, it is evident that they are working towards repaying their debts. Yet anger and feelings of betrayal still run deep. 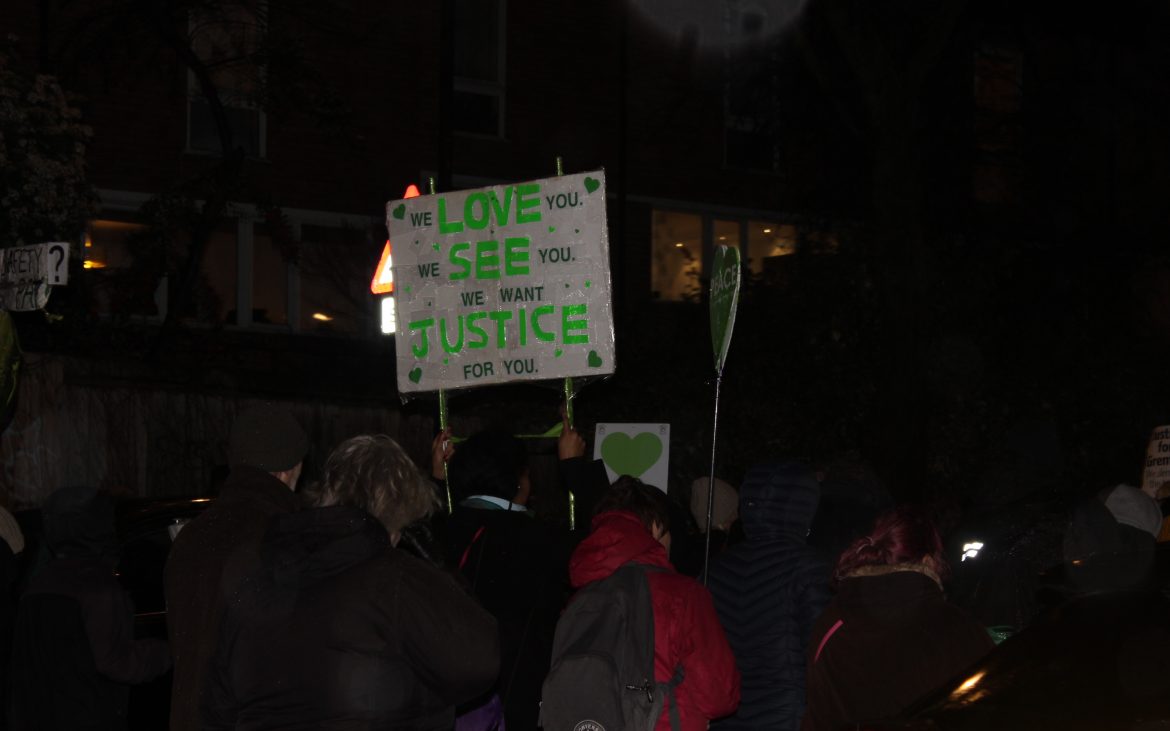 With the recent news of Boris Johnson appointing Benita Mehra to lead the Grenfell tower enquiry, the hope for justice among survivors has not been promising, in fact, many are claiming this is a ‘slap on the face’. 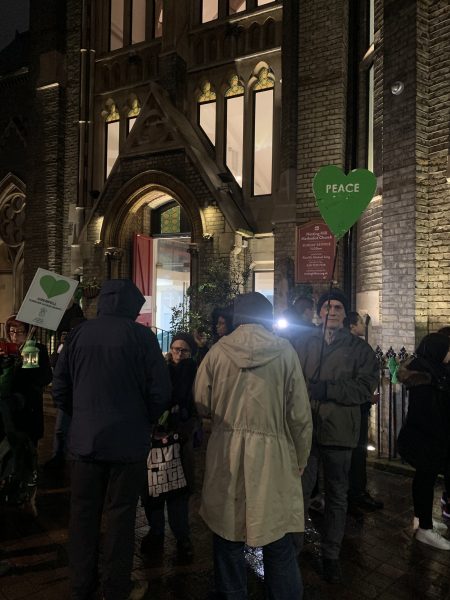 Gathering before the march [Liza Neziri]

Mehra led an engineering organisation that received £71,000 funding from the charitable arm of Arconic, the firm that made the cladding panels on Grenfell. Survivors are calling for Mehra to stand down before the hearings.

Shareefa Energy, spoken word poet and guest speaker at the 31 months’ walk, posted on Instagram stating: “Arconic played a key role in being responsible for the fire, now Britain is doing what it typically does, putting their stooges on to the panel. We want immediate action and no Benita Mehra at the inquiry on the 27th.”

With 10 Grenfell families still living in temporary accommodation, one of which is in a hotel, the little confidence the public had in the government’s help following the tragedy, seems to have disappeared.

Zeyad Cred was the last speaker and concluded the march with: “Let’s make sure we keep the people who did this to this community and took the lives of the 72 people, let them be known and let it be known to them that we are not going anywhere and we will stand together and stand strong.”