When Sheng Zhang looked at the map as a child, he was awestruck by the “beautiful lines and fascinating colours.” His home in the heart of Shanghai was the only world he knew, yet the transformative power of the map captivated both his imagination and ambition.

His curiosity soon drove him to the library, where he discovered his love for the atlas – a more scientific display of the place we call home.

“The atlases grew with me in this decade, and the coastline and borders lingered in my mind, forming a mark that was inherent in my DNA.”

Today, Sheng is a 25-year-old MA Photography graduate, with a background in interior design. His love of cartography began when his Junior High School teacher Wang, took him to a bookstore after class one day and gifted Sheng his first atlas. Wang did this to encourage 15-year-old Sheng, to focus more in class – a moment which brings back fond memories for him.

In fact, Sheng is thankful to Wang, for she planted a seed in him that he is reaping the rewards of. Unlike his classmates, his interest and research in cartography has been a ten-year project – it would be an understatement to say he ‘came prepared.’

Through our conversation, I become aware that cartography is beyond interest, but rather something intrinsic to his person. “The atlases grew with me in this decade, and the coastline and borders lingered in my mind, forming a mark that was inherent in my DNA,” Sheng explains. 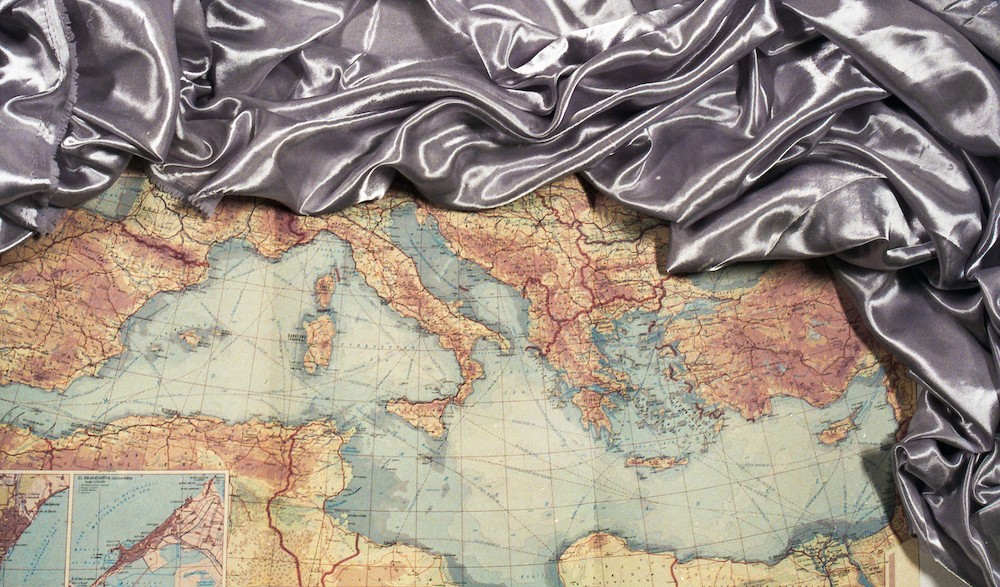 His language reflects the sensitivity that is intrinsic to his process: “To ask for a map is to say, ‘tell me a story’. The similarity between photography and maps is that they both give people information about places they have never been to.”

His love of cartography is an extension of his curiosity towards travel and other cultures. In 2018, Sheng used his time during post-graduate study in the UK, as an opportunity to travel around Europe, spending a lot of time in former Soviet countries: “purely for their grand architecture, sculptures and advanced colour matching.”

Aesthetics have always played a key role in China’s understanding of society – through calligraphy, painting, sculpture, architecture, gardening and music.

Naturally, I wonder if the Chinese cultural importance of art, bares an impact on his work? Sheng explains that: “Most Chinese photographers will be subconsciously influenced by Chinese aesthetics, it’s been written into our DNA.” 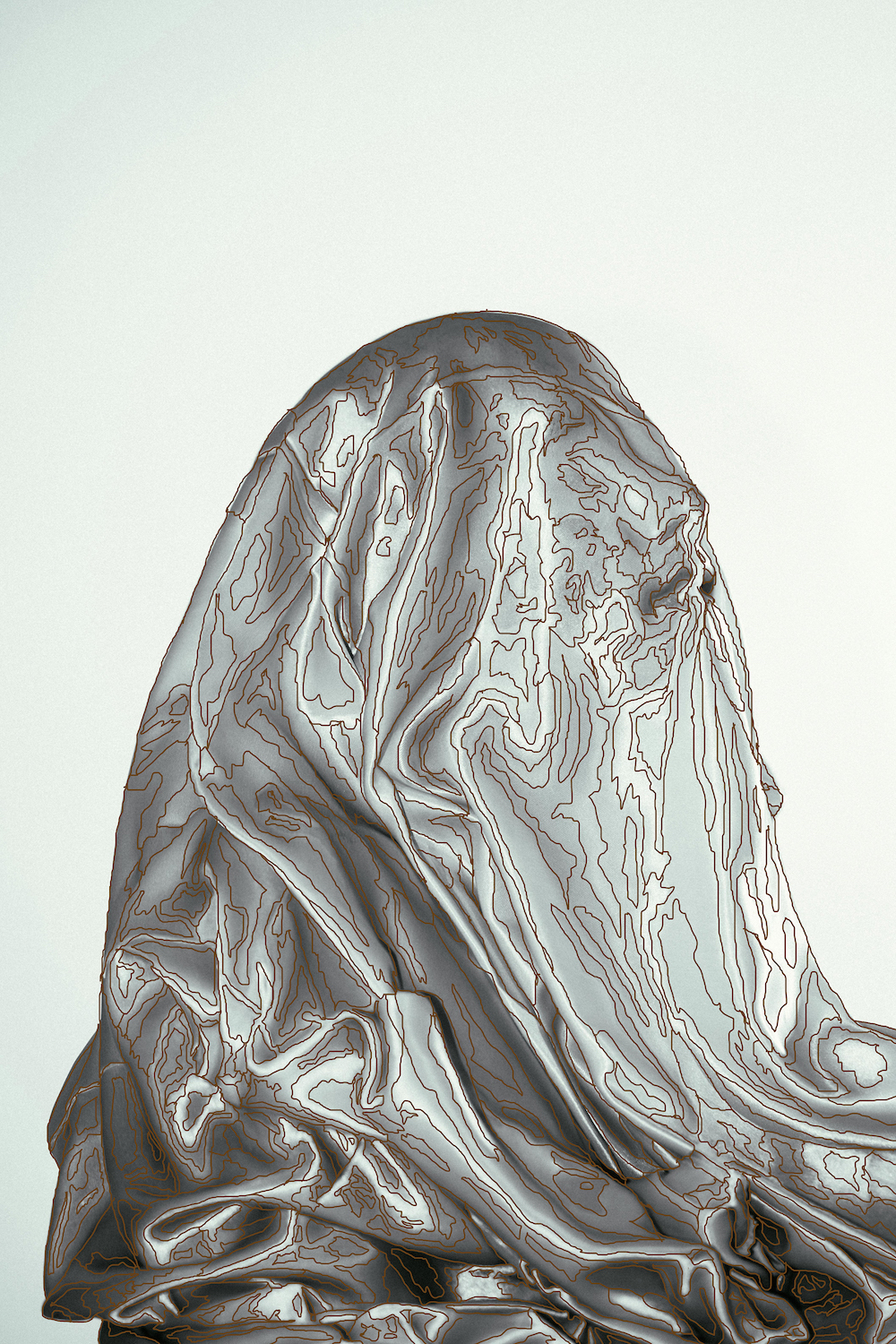 Sheng’s work is one of many in the resurgence in art and science. It is a common misconception that science and art oppose each other, instead of working conjunctively for the shared objective of finding meaning in the case of art, and reason in the case of science.

Science may be in a constant process of evolution, but art constantly rethinks the human experience. Both science and art are a means of making sense of the rich tapestry of our inner worlds. Neuroscientist Dr Raj Persaud, told The Guardian: “understanding the universe might also need art.”

The methods of art and science may differ, one being more concerned with data while the other examines inner-states, yet their goals are ultimately the same.

Art, is not driven by data, which forms a major contrast between them. However, there is an element of transformation, of reconstructing materials into the vision of the artist, which Sheng describes as the merging of: “science and aesthetics. I plan to do a project about my own interests, trying to explore the security that the map gives me, as well as its aesthetic value.” 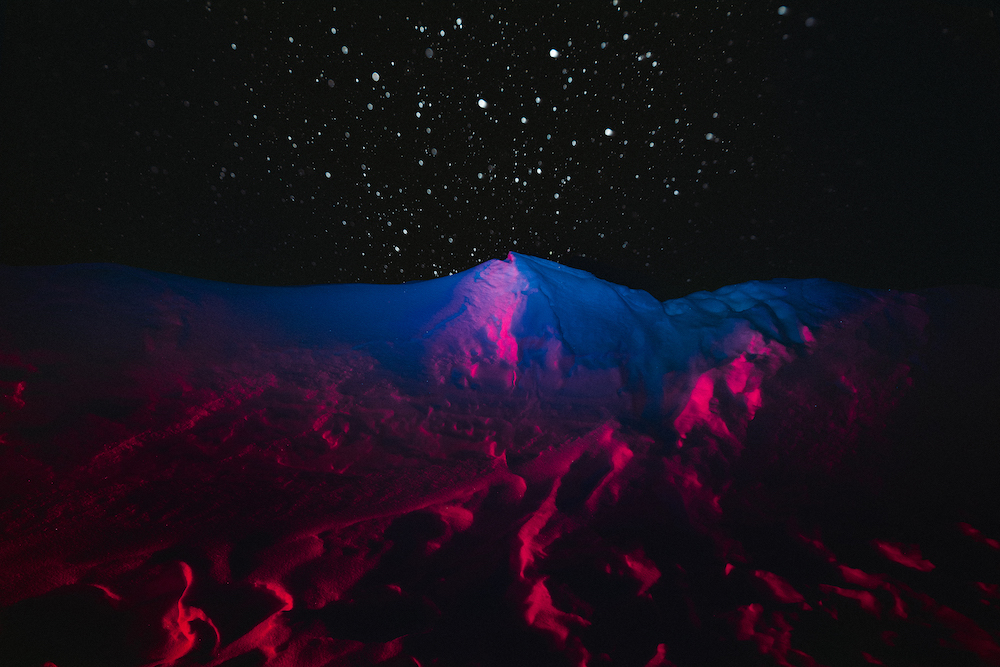 In today’s  political climate, maps have become loaded images. Their cultural significance determines the dignified and undignified, depending on which piece of land one first called home. For those who are lucky enough to let the sight of maps be a refuge and feel comfort, they are of a privileged few. For many it is a source of anguish, despair and yearning for an opportunity on new land outside of their native, troubled homes.

“I want to get rid of this, because politics cannot make me feel safe. On the contrary, it makes me sick,” Sheng says. When he first came to the UK in 2018 he could not understand why politics dominated the conversation. Sheng found that people often spoke about politics in social gatherings, a pastime that he is not used to, nor cares for. “Everyone pays attention to what is happening in their own country, but I feel this is an awkward conversation. There are plenty of other topics.”

Sheng recalls that once during his travels, a roommate at the youth hostel leapt at the chance to discuss China’s political issues after learning his nationality. “I got the impression that she had some concerns about this big Eastern economic powerhouse, it made me uncomfortable. Are the Chinese not worthy to speak about other topics?”

People of racial minority backgrounds can often feel reduced to their nationality and Sheng believes that: “In the West, many ordinary people misunderstand China. It may come from videos or hearsay.”

His concerns are ones echoed often by non-English people discussing racial discourse: ”Why don’t we have the freedom to talk about physical geography, travel and art?”

If maps mark territories, Sheng’s work is a step in de-politicising our differences. Instead, his work is an invitation to think about the borders we create in ourselves when we make the assumption that politics is a marker of one’s territory instead of a block to more meaningful conversation, the type that allows for really knowing what counts.

Just as Philosopher William James reminds us: “We are like islands in the sea, separate on the surface but connected in the deep.”

You can view more of Sheng’s work on Instagram: @Cameradoggy

All images courtesy of Sheng Zhang.