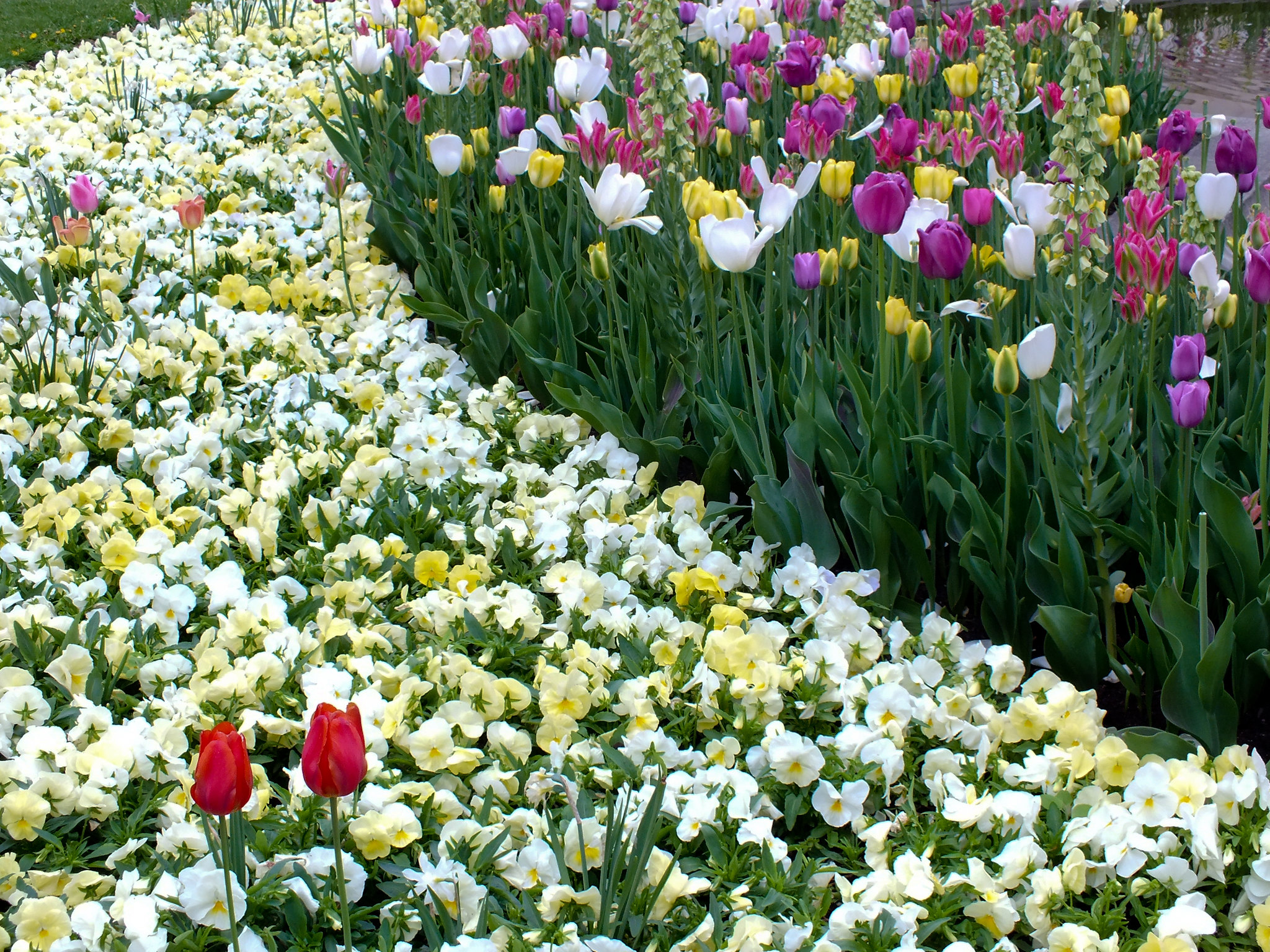 Swedes might be known for their love of fruity cider, house music and their unbelievably cold winters. Maybe the hidden gem that is Valborg should be added to that list.

As summer approaches, it’s almost time for Swedes to start celebrating, and Valborg is the place to be. The first day of May marks an important event in the Swedish calendar, Valborgsmassoafton, which has been celebrated by Swedes since the Middle Ages. It is a pagan tradition for scaring away witches and bad spirits by lighting big fires of various effigies.

Over time the pagan, community festivities have changed and now look far more like spring break. Valborg is the celebration of the arrival of Spring which means young people who have been trapped indoors all winter, take these celebrations very seriously. Lund, a university in the South of the country near Copenhagen is a popular spot over the Valborg period.

“Swedes are often reserved but when intoxicated it is a whole different story, Valborg gives us the excuse to be absolutely free and just enjoy the company of everyone around us, as we’ve all come for the same reason,” Astrid Wissen from Stockholm explains that for many students in Sweden they all travel to Lund to enjoy the company of other students as the atmosphere is like no other. 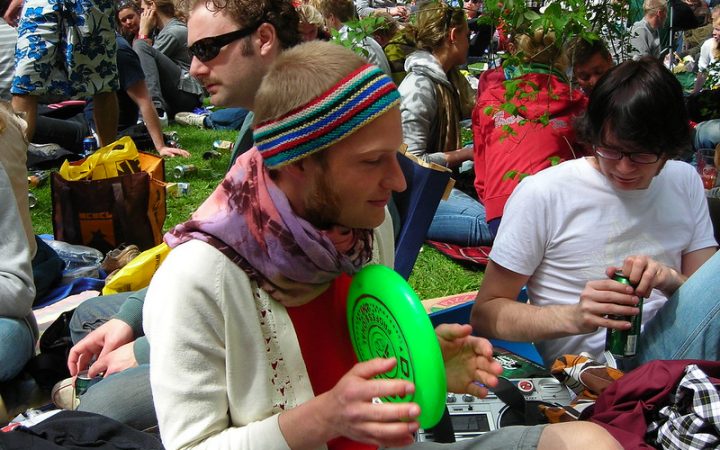 A man enjoying the celebrations of Valborg in the park. [Flickr:Korpa2]

Valborg has also become one of the largest academic festivals in the world, it is the day for the donning of student caps, marking the final period of high school and exams. Tourists travel from far and wide to celebrate alongside the Swedes. The weather always manages to stay warm, sunny and mild, making the trip feel more like a tropical holiday. It allows everyone to really appreciate the coming of summer and for one day a year, Swedes get to forget all the stress of the cold start of the year.

This one day varies all over Sweden, in Stadsparken Lund, the atmosphere really embraces the festival vibe, music blasting from the stage at the front of the park, preparing everyone as soon as they enter for the buzz they will feel as the day goes on. In Uppsala, the day begins with a divine breakfast of strawberries and champagne which is followed by a river rafting competition. It is safe to say that whichever tickles your fancy, the idea behind the day brings along happiness and freedom, a day not a single worry is in the air.

May 1, 2018, saw 30,000 people gather in Stadsparken in Lund, by 9:00 am the park was already swarmed by a sea of people, empty beer and cider cans lying around in piles almost covering the greenery.

What started as a simple picnic in the park, many years later has become a ‘mini-festival’. Sitting on public transport it is apparent who will be making their way to Valborg, with the telltale signs of a cider in one hand and a chair in the other, they are hard to miss. You share a moments eye contact with one another and a wave of smiles and laughter fills the atmosphere. 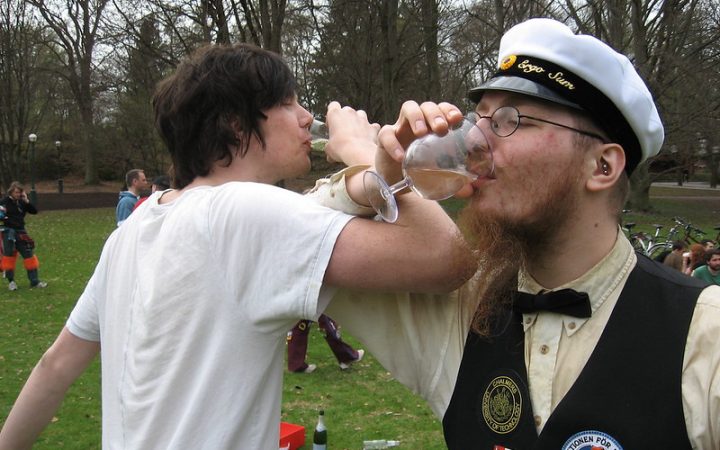 Although Valborg is not as internationally popular or even well known as the classic Notting Hill carnival, for example, the potential is most defiantly there. Everyone enjoys anything free with good vibes and good music being blasted in a sunny afternoon in such a picturesque park.

What’s not to love? A perfect event to kick start the summer off right.

Why do the people of Sweden really enjoy Valborg is the real question. Noemi Capelan tells us: “Swedes love Valborg, it is a special day where Swedes are not completely socially uncomfortable amongst themselves. It is a day of celebration and celebration only. The Swedes expertise! People from all around the country, and even from outside, come to have a great time and meet new people. On the day we just gather at the park for a ‘spontaneous party’ as there isn’t an official organizer. It still works out. We leave at three for the park to be cleaned and prepare for the bonfire at 8 pm. The vibe is brotherly love all amongst the city, everyone talks to everyone. It is beautiful”. 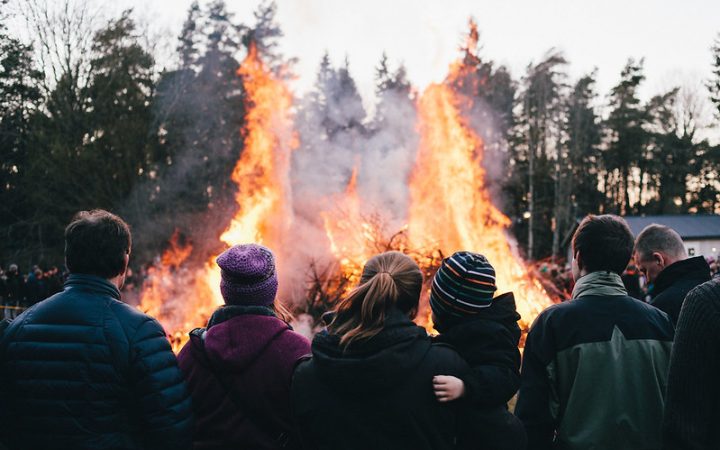 A bonfire on the day of Valborg. [Flickr:Norkel]

Sweden usually does not allow any day drinking to be done, alcohol is not even sold at the local supermarket they have their own shops which are only open weekdays from 9:00 am to 5:00 pm. This makes the day extra special for the nation as everyone collectively joins in for what seems like a giant barbecue party with everyone now allowed to have a drink at the park and enjoy quality time with friends and family.

Once the epic Swedish party at the park is over at around 6 pm, everyone scrambles home in order to carry on the celebration in the evening at the many bars in clubs nearby. However, with the park being left covered in a sea of tin cider cans the cleaning crew await to tackle the task. Within record speed, volunteers have magically made the parks appear again and the grass is been freshly cut.

The sound of beer glasses making contact with tables and other glasses can be heard throughout the streets of Malmo. Indicating the celebrations still have not ended, students getting ready together and going to their local bar in high spirits looks like a scene from an American chick-flick.

To say Valborg will not become popular in years to come is an understatement. With Sweden becoming an increasingly popular European destination now, it is said that the popularity will start to increase and more and more tourists will be keen on not only to learn but understand what the day is about and join in with the celebrations.

Nothing sounds better than being on holiday with great company, enjoying the popular Swedish house music being injected into the atmosphere. To kick start your summer Valborg would be the place to start it off the right way.