The rise of the social media nose job.

Young women are getting nose jobs with the aim of achieving the ‘Instagram nose’, a trope that has gained popularity on social media over recent years.

With a ‘feminine’ shape, the “Instagram nose” is one that is often owned by influencers, in the shape of a ‘slightly curved bridge and a narrow tip’ according to a leading surgeon.

Psychologist Dr Rahal Kahrim believes that usage of social media in the lockdowns has heightened the insecurities of young women.

“Social media will be the catalyst. As we are constantly exposed to these so-called “perfect lives” it is natural for people to compare themselves to others. As the majority of young women have grown up in the digital age, they are majorly influenced by social media.”

Dr Kahim believe social media is impacting this trend, with rhinoplasty being one of the most common cosmetic surgeries for young people and teens.

“Young people are spending more time scrolling through social media applications, comparing themselves to celebrities and influencers,” while Covid restrictions will mean they won’t be ashamed because they won’t be expected to go out during the healing process. 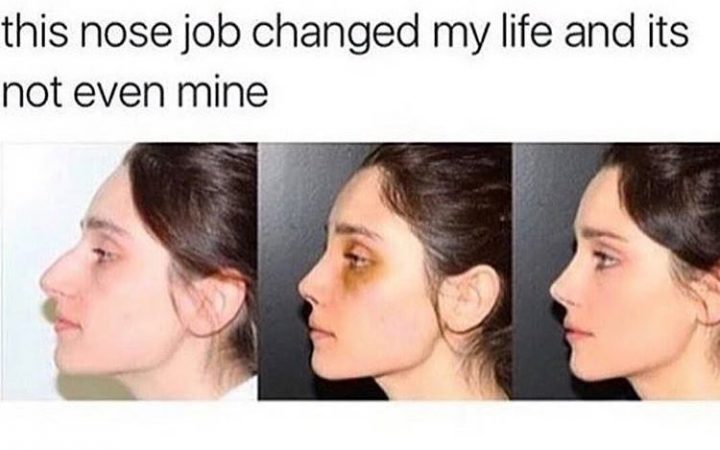 The ‘social media nose’ that has now become the beauty ‘ideal’

“This association ‘big’ is bad has probably deviated from cultural appropriation and over the years could have been passed down subconsciously as we are exposed to the media,” Dr Kahrim tells us.

The video streaming app TikTok, home to viral dances and gorilla glue incidents, has brought a new obsession with noses and to that nose jobs. The ‘nose job check’ trend sees users show their side profile from before and after their rhinoplasty, followed by various videos in their recovery, all equally swollen and bruised from the procedure. With the hashtag ‘nose job’ accumulating more than 2.1 billion views on TikTok, the fascination with the reshaping of the nose is growing in popularity.

Courtney Chanel’s ‘nose job’ video on TikTok has amassed 11.8 million views and counting. With the soundtrack to one of Olly Murs generic poppy hits, the 22 year-old puts her hand to the camera then reveals herself post-surgery with a bandaged nose.

Courtney has more than 104 thousand TikTok followers: “I decided I wanted to get a nose job when I was about 11/12 years old. Every Christmas/birthday it’s all I asked for.

“It’s always been a huge insecurity of mine and a knock in confidence since such a young age, even more so as I got older and had a social life, I noticed how much I held myself back and the anxiety of meeting new people because all I could think about was them looking at my nose,” she told us.

“I always said I will learn to love myself the best I can, work on personal development/self-care but when ‘I get to 21 if I still feel insecure then I will change it’.” 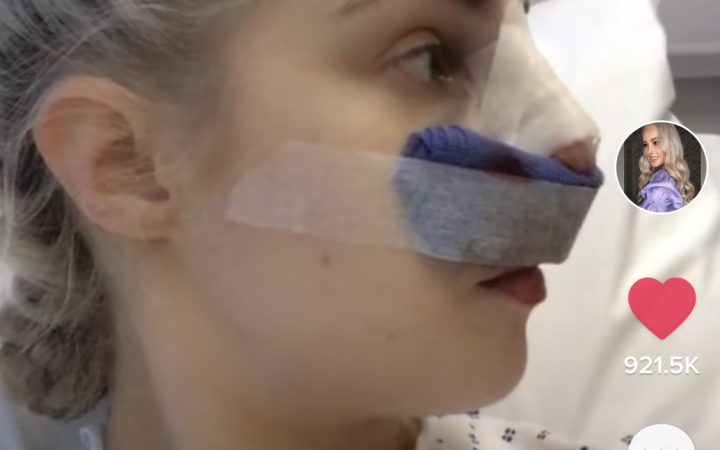 “I definitely think social media has had an impact on our beauty decisions. I have always been transparent. I love filler especially for the fact that it’s not permanent. Sadly some people still judge you for getting filler, but I’ve been pretty much open about it!” Courtney added.

“The lens used in the selfie camera distorts the facial feature. Very recently, after the onset of Covid-19 lockdown, there has been a spurt in demand among young professionals. This may be due to webinars and people seeing themselves on-screen through selfie cameras,” he adds.

Rhinoplasties are not the only procedures to change the appearance of your nose, less drastic measures, like nose fillers, are now available to still achieve an ‘Instagram nose’, making adjustments to your appearance more accessible.

Lifestyle blogger Urszula Makowska, who has 257 thousand followers on Instagram, has used nose fillers for the last eight years: “I’ve always disliked my nose growing up. I decided to do something about it. I got nose filler for the first time when I was 18. I always saw my nose as being crooked, asymmetrical and I also hated that I had a bump. At the time, I was a freshman in college and decided to do something about it especially since appearance meant everything for becoming a successful blogger.”

Urszula says she prefers this approach: “At age 18 and even now at age 26 I still choose to get nose filler over rhinoplasty. My biggest concern wasn’t the price but that I was too scared to go through with surgery. I have a fear that I might not wake up from the surgical procedure although it is very uncommon.

“I spent a lot of time researching other options. I remember seeing these pieces plastics that you can put into your nose to reshape your tips and nostrils. But that did not seem like a good option. It seemed grosser,” she told us.

“Then I came across the non-surgical nose job. I heavily read into it how you can alter the look of your nose with filler. I looked heavily into before and after photos to ensure I was going to the right doctor,” she added. 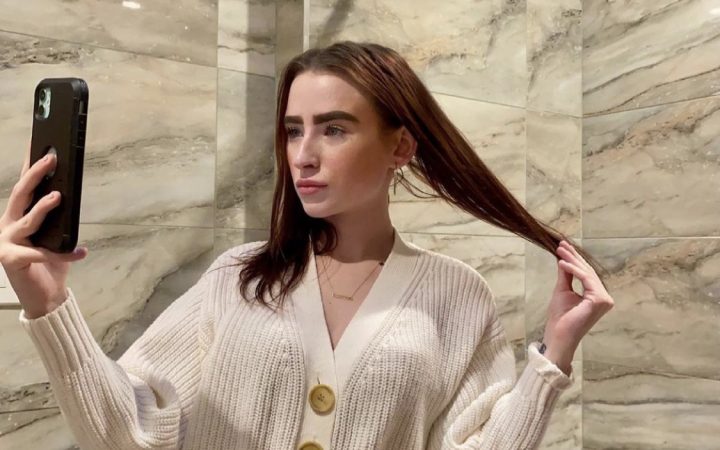 So, does Urszula think that the ‘Instagram nose’ (curved bridge and a thin tip), is the most popular go-to shape? “Definitely! I think that’s the ideal nose we all want because it’s what’s portrayed on social media as the ideology of beauty.”

However, Courtney does not believe that social media has influenced people to get nose jobs but has given a platform for people to share their experiences of the procedure.

“I definitely don’t think social media has influenced anyone to get nose jobs. I think surgery is very controversial without social media, people will always have their opinions and not like when someone changes their face which is completely fine being for or against surgery, everyone has their opinions.

“But at the end of the day, saying yes and paying a huge amount of money to go ahead with surgery is a personal decision, a quick 60-second TikTok video won’t influence that on someone, the go-ahead choice comes from someone personally.”