Chauffeur: Driving the image of drill

Divisive and often misunderstood, drill is a sub-genre of hip-hop’s trap music and is famous for its lyrically violent content and videography. Originating in America, it soon found its footing in South London in 2012, dividing opinion ever since.

Born out of Chicago, notoriously known as the murder capital of the US, the genre lyrically illustrates the realities of those from high-crime neighbourhoods and impoverished communities, popularised by the likes of Chief Keef and King Louie.

It was through Chief Keef’s Love Sosa that I first experienced drill at the age of 13, and later his hit I Don’t Like, which I would join in on whenever it made a rare appearance on the now defunct music programme Channel AKA.

The violent lyrics that depicted the realities of living in high-crime neighbourhoods seemed harmless to me, I spewed them out more comfortably than my three times table. 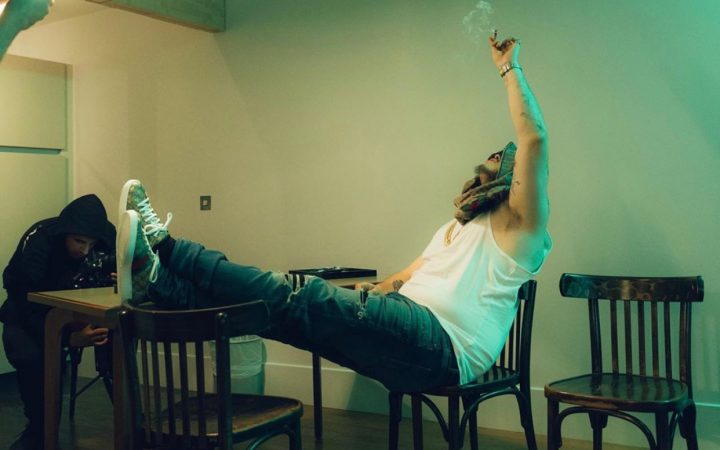 Later, many of my friends began listening to British rap acts such as 67, Harlem Spartans and later Moscow17. The musicians rapped about similar topics to my beloved Chief Keef and King Louie. However, unlike the genre’s originators, they rapped about the realities of living in London and the UK rather than the streets of South Side, Chicago. Their style of rap would be considered British drill. Both styles of drill received negative attention within the media for “inciting their rivals.”

Although British drill was played by those around me, I had no interest until I discovered M1llionz. The rapper was being interviewed for an online series that was produced by Capital Xtra, called Classical Kyle. In the show the classical music expert, Kyle Eugene Gann, would sit down with different rappers, listen to their music, and question them about the chosen song. This time to HDC with M1llionz.

“At the end of the day, it’s all about the music, that’s where it starts and ends. But people replicate what they see, it becomes rehearsed, it sets trends.”

Through M1llionz I became hooked on British drill, listening to his back catalogue and branching out to similar British drill artists. Drawing me into this new style were the visuals for the music videos. As this unique style of music requires unique visuals.

In searching for those responsible for them one name stood out, Chauffeur. He’s also credited for the visuals to M1llionz ‘HDC’. My journey into this new medium came full circle.

A well-rounded creative, I spoke with London born Chauffeur about his career, drill, and the pandemics impact on creatives as he found himself working in Jamaica.

Chauffeur referred to himself as “an entertainment aficionado”, because he has dabbled in different roles within the music industry, ranging from artist management to photography, but that his current focus is on creating more “visually engaging work”.

The young west Londoner says he was driven by the passion for “arts and music and just wanting to tell stories that are provocative and keep the conversation going and the culture stimulated”.

I asked about how he got started on his current career path, and he felt that he always considered himself a creative person, drawing a lot of inspiration from “exploring the world and what it has to offer in all its nuances.”

We also discussed how he was often inspired by “what we see, what we hear, what we read, and how our minds are stimulated,” Chauffeur referred to this as the “input”. His passion for creating was the driving force; it just happened to come with the bonus of him being able to sustain himself “in this capitalist society” as he described it.

Chauffeur not only directs videos but has the ability to convey his vision in whatever way necessary to present a finished product in a variety of mediums. However, what gained my interest was his music videos, specifically those he shot for drill artists.

Looking at his catalogue of work from 2016 to date it was undeniable that his skills and abilities had progressed. I asked him what his favourite video from this back catalogue was, “to be honest, my answer is always going to be the one that isn’t out yet.”

Informing him of my personal favourite video of his, Happy Hour by the rapper Frosty due to the neon lights and dark lighting reminding me of the game Grand Theft Auto, he laughed telling me that the video shoot for that song was not actually planned, and the song for the video was actually sent the morning of the shoot, stating that it “was a lot of improv, honestly!”

When asked about the impact of visuals (specifically music videos), by visual artists within the drill genre, Chauffeur described their roles as, being “at the forefront”: “At the end of the day, it’s all about the music, that’s where it starts and ends. But people replicate what they see, it becomes rehearsed, it sets trends. That’s why there is so much commercialism around it, that’s why so many sponsorships are being handed out.”

He told me that despite the propaganda machine portraying drill music videos and their lyrical content as being “too gory or violent,” he considers them to be “more ‘documentative’ of a certain style of living”.

Comparing how this genre’s music videos were shown in a documentary for Vice “as a kind of escapism, like the madness going on in Libya, but instead made more enjoyable,” he explained that some of the things within these videos are a reality for people.

When asked if he, as a creative, had ever felt forgotten, he said that he did not and instead chose to keep himself away from the limelight because it was simply “not what I wanted to do”: “I reserve that for the artist and when I have a story to tell, I will come forward with it myself. I do enjoy writing so that would be cool.”

We moved on to the obvious topic of Covid-19: “Lockdown was a surreal feeling,” Chauffeur admitted. However, he and those around him felt that during that time, they “needed to push harder”. So that was exactly what he did, directing and releasing multiple videos during the period including, Big Risk by Teeway and M1llionz and Right or Wrong by V9 and KO.

Creative to creative, I asked what advice he would give to others: “You’re gonna regret what you don’t do because you can learn from mistakes. To feel you didn’t do your best or you didn’t take that risk is a lot worse. You’ll think to yourself, I could’ve, or I should’ve,” he paused and laughed continuing, “I remember, my friend’s Dad telling me, why are you walking like there ain’t money to be made?’ That stuck with me.”

You can see more of the music videos directed by Chauffeur, on our playlist.