Some argue that the lack of awareness in these communities is what makes such an important topic a taboo.

Family members and friends play a huge role in supporting individuals going through emotional and mental distress. But what happens when your main support network completely rejects the idea of mental health and refuses to acknowledge what you’re going through?

Families are sacred in many cultures; they’re raised in a way that’s heavily dependant on each other and puts a high value on social status and reputation. Each family member mirrors the family image and reputation, which must be held up to the cultural standards.

If we take the Arab culture as an example, we find that stigma around mental health still prevails in a significant way. In a dominant culture that combines strong religious and traditional values, it can be difficult for an individual to express feeling mentally unwell openly, or to try and seek help.

“It sent me into a spiral of self-hatred and internal conflict. Knowing about the attempted suicide law affected me a lot.”

In heavily practised cultures such as the Arab world, suffering from mental health can mean letting your relatives down and risking bringing shame to the family name. Mental health, in most cases, can be a source of public embarrassment. In some cultures, they will neglect mental health or even go as far as to impose punishments.

Whilst suicide was only decriminalised in the UK 59 years ago, there are still many countries where it is currently still illegal. Countries such as Cyprus, UAE, Thailand, Oman, Pakistan, Lebanon and Malaysia, for example.

Most of these counties have heavy cultural and religious societies. For instance, in the UAE, those found guilty of attempted suicide have to pay a penalty and could face up to six months in jail. That law alone can prevent many from seeking help or speaking freely about their mental issues.

Rania, a 19-year-old student living in the UAE, is one of many who feel they cannot seek the help they need. Her personal struggles encouraged her to peruse a degree in psychology, in hopes to one day change how mental health is perceived in her culture.

“If I try to hint at what I’m going through mentally, they will find it very weird and question me a lot, questions like: ‘Why? Why do you feel that way?’ And make me feel very weird and uncomfortable, my mental health is just brushed off.”

Something that doesn’t fit existing cultural morals and beliefs is always hard to go against, but where does that leave the victims of mental health? When we asked Rania what she fears the most when attempting to speak about her mental health, she responded: “I decided to pursue a degree in psychology when I discovered that attempting suicide is actually illegal in many countries, including the UAE, my country. I was shocked and really saddened by it, it just broke my heart.” 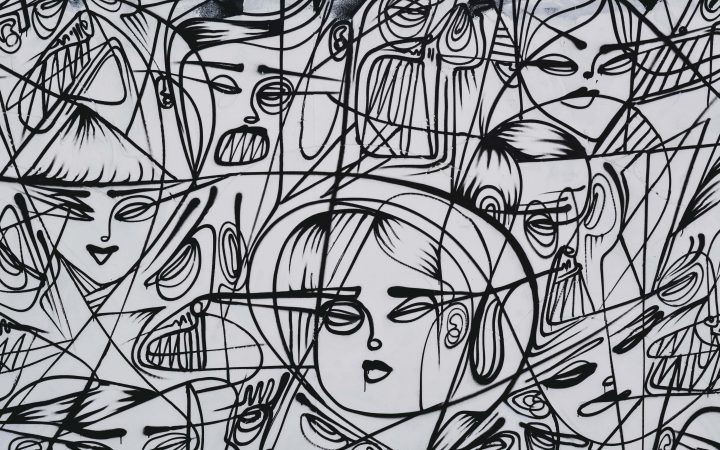 “I remember thinking, now even if I want to try and die, I can’t! Because if for some reason, I’m unsuccessful in my attempt, I would be fined or jailed for up to six months. I was pushed to wonder, I feel this way, but I’m not even allowed to feel this way, what do I do? It sent me into a spiral of self-hatred and internal conflict. Knowing about the attempted suicide law affected me a lot, I personally did not want to talk about it anymore.”

Because of the importance of family in culture, when someone has a mental illness, it automatically becomes a family matter; a problem that needs to be fixed by them, and in most cases when a patient seeks professional help, they’re commonly accompanied by a close relative.

The laws on the patient confidentially are lenient. What initially is meant to be support and help for the patient can result in bringing them further stress and can sometimes even be dangerous.

Rania witnessed this for herself: “The reason why I’m too afraid to go into therapy here, is because I don’t trust that they would keep the information confidential. I know many of my friends who have spoken to therapists and their therapists passed on very private and sensitive information to their parents, you can understand how that could be extremely dangerous in an environment where culture, religion and family come above all.”

As a result of cultural rejection and lack of awareness, professional facilities become insufficient. Different governments around the world address the importance of mental health individually.

In the UAE, access to facilities is difficult as there are so few, and most of the services provided are by private organisations. Therefore it can be costly to get professional help, which further alienates patients and reduces the chances of them seeking help.

When looking for mental help, one tends to lean more towards speaking to someone who understands their cultural background. Muslim Youth Helpline is a charity organisation based in the UK that’s aimed at helping those who come from a Muslim background.

“I was shocked and really saddened by it, it just broke my heart.”

Understanding the cultural and religious background is essential when treating a patient: it helps to understand the culturally specific struggles that restrict them from getting help. Muslim Youth Helpline fills that gap for those who come from an Arab and Muslim background, and many argue that we need to see more of that.

According to a 2019 research report conducted by Muslim Youth’s Helpline, results showed that; 32% of respondants had suffered through suicidal thoughts, 63% had suffered from anxiety, while a quarter of respondents have had identity struggles. Around half of those who replied had sought help from friends the last time they had an issue, 40% of men said they spoke to nobody about their last issue and 52% said they have suffered from depression.

Among younger respondents (16 to 22 year-olds), 37% went to nobody for support the last time they had an issue. This was significantly higher than their older counterparts, of whom 29% kept their issue to themselves. When asked whether they felt they had enough easy access to help when they needed it, more than 40% answered “No, not really.”

While in many countries there is a lot more awareness on the topic of mental health than ever before, there is still a lot to work to do, especially in cultural environments.

We must fight the stigma that comes with the topic of mental health by raising public awareness and fighting the cultural stereotypical mentality. The lack of support, understanding and awareness about mental health within some cultures must be addressed globally to diminish discrimination in the future.