The reputation of Berlin being a place of individualism, liberation and culture is a long-established, and most would say an authentic description of the German capital.

At the forefront of much of Europe’s contemporary art, music and fashion scenes, the city is known globally for its bold, unapologetic and forward-thinking attitudes to life, and most recognisably, leisure.

But with Berlin facing its first curfew in 70 years as Covid-19 cases surge, seeing clubs and bars closing down at a rapid rate with little to no government funding, what does the future hold for the prestige the capital is so well known for?

For decades, the German capital has claimed the crown of Europe’s coolest city. But Berlin’s status was not cemented overnight. From Bauhaus to Berghain, the East Side Gallery and Watergate, the ‘post-wall era’ helped Berlin thrive, reinvent and make a name for itself.

The fall of the Berlin Wall in 1989 saw the capital become a model for the world – if you give young people space to play, anything is possible. Now, a centre for modern art and film with a thriving music and club scene, the city is home to people from all over the globe having flocked there for exactly these reasons. 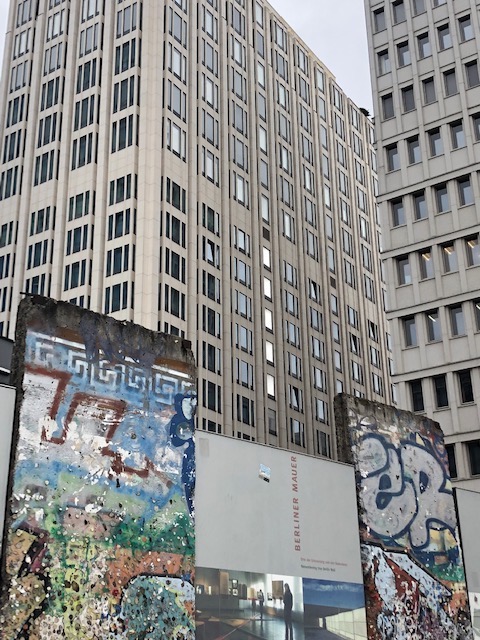 More than anything else, the nightlife scene epitomises the cultural landscape in Berlin; combining politics, sexual openness and progressive social values, clubs offer safe, participatory and, ultimately, magical spaces for people to lose themselves in.

But in the last two decades, Berlin has seen its untimely demise become more and more of a reality. No longer so non-conformist and individudal, tourism and global popularity, like for many cities, has changed the dynamic of Berlin.

“I would say I 100% worry about when the pandemic ends,” says Leo, who grew up in Germany and has lived in Berlin for the last five years. “I don’t know when that’ll be of course, but so many bars are closing now, and a huge number of clubs have already closed permanently.”

Berlin’s unique nightlife scene is probably one of the most notorious features of the city, where left-wing politics, gender experimentation, nudity and huge-scale brutalist architecture are the backdrop to the pumping techno made in the German capital.

“The history of Berlin has been built around doing and being just what you want, breaking the law,” Leo goes on. “The government and the police know, but as long as it keeps bringing people in, they don’t care what goes on. They know that’s what makes Berlin interesting. The fact that Berlin is so well known for its nightlife, with the different varieties of music and clubs, it’s what makes it so different to anywhere else. It’s never ending. It feels like the whole city is built around it.”

With a Späti (much like a London off-license, but open 24/7) directly translated in English to ‘late’, dotted at every street corner, it’s the integral parts such as these that lead to, and play a big part in the ‘club scene’ in Berlin. “If you want to go to the club at 4:00 am you can stop and get drinks at a Späti at every corner on your way,” says Leo. 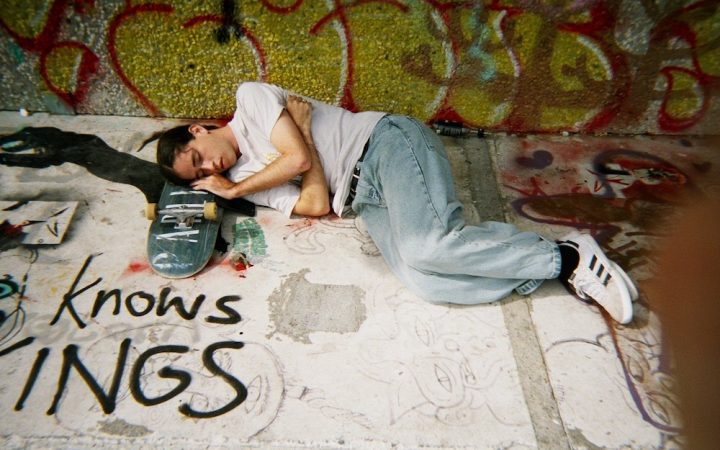 “For most Berliners to ‘go out’ isn’t really something so special and only for the weekend. Before Coronavirus, we had the possibility to go out whenever we wanted to,” explains Sina, who was born in the capital and now a student in Berlin.

“There’s something going on every night and there’s a very diverse and special society here in Berlin who have all moved here because of this culture. Not only just for the politics and the clubs, but the whole scene that’s here.”

Yet in the last two decades, Berlin’s authenticity has found itself wearing away. Before the pandemic hit, Berlin attracted more than three million tourists and €1.5 billion (£1.34 bn) each year for its nightlife alone. The creative industry has always been Berlin’s biggest, and the clubs are one of its most important pillars. Even with it having one of the most progressive and exciting art and music scenes on earth, the city’s cultural landscape is changing.

“Lots of huge clubs and venues have been bought by investors and large companies and are instead made into housing or offices. With this already happening, I think the pandemic is speeding it along with clubs not being able to stay open at all anymore.” Leo tells me.

“Berlin has always been known as the number one clubbing spot or nightlife destination possibly in the world, but the prestige that Berlin has always had is fading already, even before the virus hit. There’s other European cities on the scene now that are up-and-coming in techno, a lot of Eastern countries like Georgia, in Tbilisi for example – and Berlin can’t keep up,” Leo says.

In Berlin, techno has always been the soundtrack to social change, and its clubs are emblems of tolerance and progressiveness. But the scene in Tbilisi, Georgia’s capital, has flourished in recent years, and is fast approaching the German capital’s level of attention when it comes to its music and club scene. 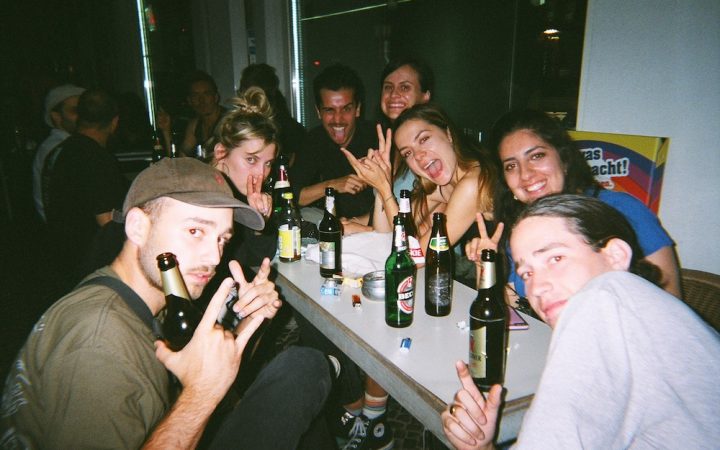 “Berlin no longer has that ‘thing’ that no one else has, anymore. If the government doesn’t understand that this reputation is mainly why so many tourists come here, and if they don’t support it, then it just won’t be here anymore,” Sina says.

“There are a lot of rumours around. I’ve heard that a lot of the more commercial venues have been given the most support, whereas the independent and smaller businesses have perhaps received very little or no support in terms of money. If the clubs don’t survive this, then Berlin might just become a very normal, very standard city very soon.”

Although there has been some state support in the form of grant programmes to some venues during the pandemic, even before Covid-19 hit, clubs and bars grappled with rising rents. Thanks to the inevitable gentrification of the many ‘cool’ Berlin districts, several venues, including the famous fetish venue, the KitKat Club, already faced possible eviction last winter.

The federal government announced a €1 billion (£890 million) cultural package for across Germany when Coronavirus meant most venues had to close their doors, but Berlin venues alone need on average €10 million (£8.9m) a month to survive. 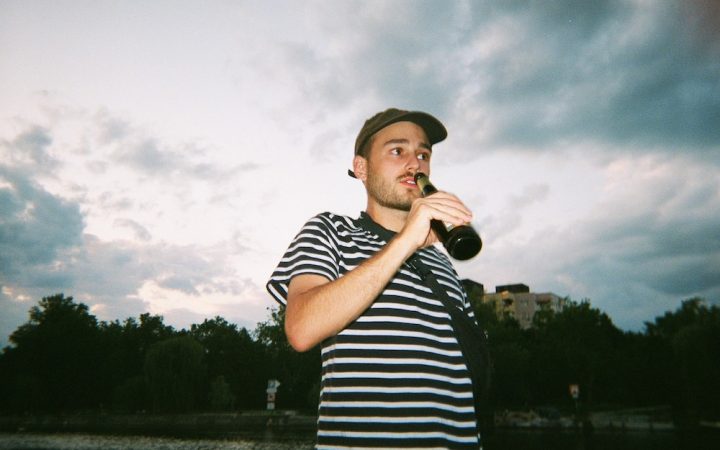 “Berlin will definitely be different when things eventually go back to normal. But there is already a lot to be said about how ‘Berlin is not like it used to be’,” Sina explains.

“I think we need to accept that everything is changing already, and Berlin isn’t the crazy, rebellious place it used to be after the wall came down,” Leo agrees. “It is a legitimate city with economical value. The times are changing, but I don’t think that’s a problem. The music is changing and you will always have that one person who is a bit older who says ‘oh the music used to be better’.

“But the music just isn’t the same anymore, it’s incomparable. You can accept it or live in the past, but everything is changing and that had already started way before the pandemic,” Leo adds.

The city’s nightlife rose with the fall of the Berlin Wall, as a landscape of abandoned warehouses and factories gave birth to a lively world of squats, artistic spaces and clubs.

But in a modern world, the once unmatched reputation of being the only city capable of such bold change, is no longer the reality for Berlin.

“I think it will be possible to recover from it, because there’s always people who have the drive and want to put out artistic, musical, cultural and political content. It’s still here, they are just waiting for the platform again,” Leo says.

Looking back at an era of illegal outdoor raves and subway parties — jumping from train to train, blasting music and keeping ahead of the police, the German capital still represents positive change, experimentation and progression to this day.

“Maybe Berlin needs to reinvent itself again,” Leo tells us. “We can’t always rely on the same thing that Berlin has always been, because it just isn’t that any longer.”

By Taysan Ali-Osman
5 Mins read
Child surgery is difficult for everybody involved, however there is a drastic delay in the wait time for children at this current time. This article Hearst from those waiting and those operating.
AudioMusic