Are we headed for an anti-Boris ‘free party’ era?

“The scene really (was) a place where people realised that they could be free,”

The “Free Party”: a concoction of political protest, dance, music and drugs. Some would say it is a place to go and feel love, some would say quite the opposite; that it’s hedonistic and a detriment to society.

We should start off by saying that the advocation of mass gatherings during a global pandemic is somewhat questionable. When Covid-19 exploded into an existential panic, there were many who predicted a new “free party” era. Posts upon posts on Facebook debated the topic, many of those involved in the online rhetoric were elated and hopeful, as if Covid was a blessing in disguise for the freedom of dance in a form of loving protest. An Anti-Boris, free-thinking movement. “Take away our clubs, but we won’t stop dancing.”

It’s been quite the opposite. Perhaps it’s because this is what we as humans fear and know is the most dreadful, the most heart-wrenching tragedy of all: our loved ones dying.

We spoke to a handful of people, particularly documentarians and photographers about the movement, and did so in the awareness that people have been losing their jobs over pictures of their faces at parties circulating online.

“I think a lot of people are panicking as police are trying to prosecute as many people as they can now for going to parties, it’s actually messed up,” says Saskia*, who has been documenting the free party scene since she was 16.

It’s still surprising that there hasn’t been more aversion to the antagonistic neglect of what some people would say is paramount to being able to live: The freedom to go out and dance, to see your friends and meet new people – these are all elements of life that give young people ambition and drive. 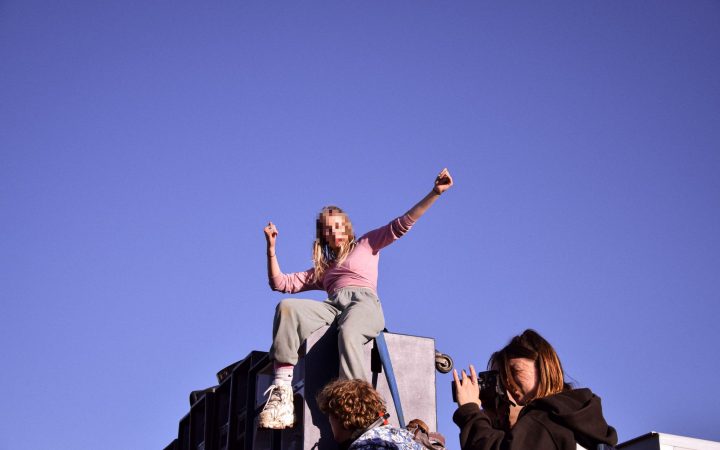 Dancing on the rigs [Photographer prefers to remain anonymous]

As the government has continued to neglect the hospitality sector, bars and clubs are going bankrupt across the country, likely to be converted into modern living spaces and studios. You’ve got to hand it to them, they’ve really fallen short by diminishing a culture that Britain is celebrated for, as not only have they provoked a whole subsection of society (in the events and pretty much every creative industry), they’ve failed to understand the importance of it too. Britain’s nightlife accounts for approximately £66 billion of its economy.

Saskia is passionate about free parties and strongly believes that it brings people unity and love: “The scene really (was) a place where people realised that they could be free,” she says, when referring to when it all began: the Anti-Thatcher establishment. Essential to this rhetoric, it was Margaret Thatcher who urged the government to combat a new fashion: the ‘acid house’ era.

Some would say that this era alone has partly shaped politics in a revolutionary manner as it was a protest against the constraint of free movement and dance. The Free Party in itself is one of the few sub-cultures that has survived in the UK since the proliferation of gentrification and many other factors such as discrimination and even climate change.

Of the few free parties that John*, another supporter, has “had the pleasure” of attending, he told us that the punters are considerate of the land they dance on, and many stay on to help clear up the rubbish left over.

“Unfortunately I’m too young to have got a first hand experience of the illegal raves in the 80s/90s, but I do daydream about being in Ibiza during the 80s, the era of ecstasy. When the illegal scene popped in the 90s everyone was involved, it became a magical world you could escape to from getting the line and meeting up with your mates on the M25, to dancing by the rig side until the sun came up,” says Saskia.

“I’ve still had fun, though. One of the weirdest things that’s happened to me was at a south-west party on a bank holiday. I was coming out of the crowd with my camera and ended up colliding with a fire spinner, who managed to tear my giant hoop earring out with her fire poi stick and it just went flying into the crowd. Safe to say I was never reunited with that earring again,” she says. 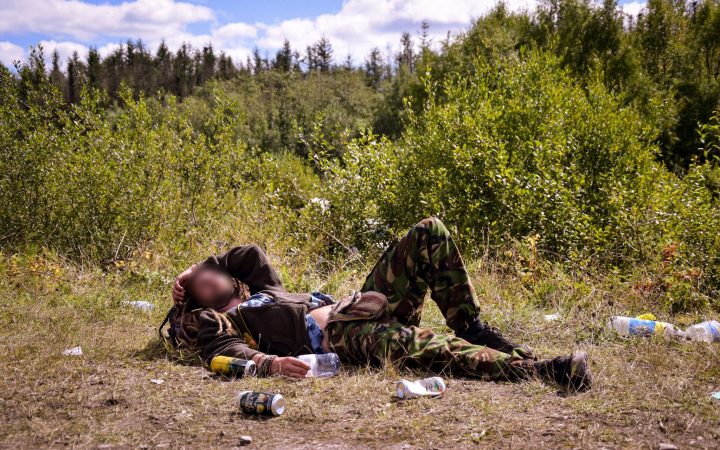 Tranquility after the party [Photographer prefers to remain anonymous]

“A lot of the time I just get really picked humans coming up to me asking to take their pictures, it’s always fun.

From a photographer’s point of view, when I am feeling nostalgic I look through the work of Matthew Smith. He beautifully documents the movement of the scene, and how it changed after the Criminal Justice and Public Order Act came into force in 1994.”

Smith made a historical book about the criminalisation of the Free Party culture and this is what he claims is partially responsible for his fame. Aphex Twin, Jeremy Corbyn and the editor of C4 are among the many to have bought the book. It also stands on the shelves of the V&A library. His work is very much about political protest, his main works running along a theme of “EXIST TO RESIST”.

“The other day I was watching a documentary by Danny Lyon, one of the greatest ever photographers and author of The Bikeriders. It’s a book that helped to shape me as an artist,” Smith says.

“The film is about the human rights struggle against post-slavery racism in 1960s America. They sing ‘no more dogs sent to bite me, and before I’ll be a slave, I’ll be buried in my grave.’

It got me thinking about the girl who had the police dog set on her the other day at the rave in Bristol. Things haven’t changed that much it seems. Maybe we need a UK version of the SNCC, the Student Non-Violent Coordinating Committee that helped begin the long struggle to defeat colonial oppression.” 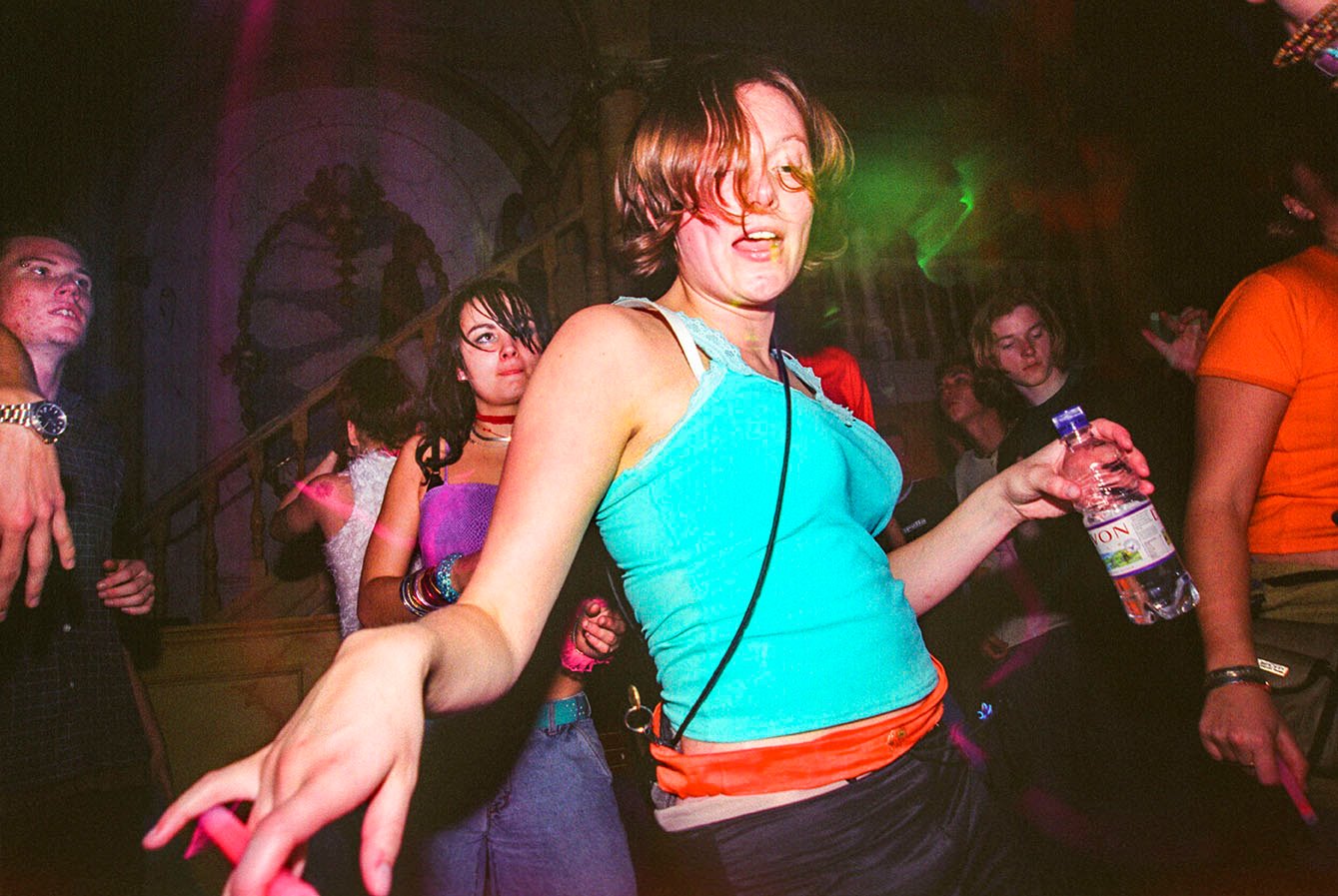 If you’re unaware of what Smith is referring to, back in early November there was a free party in a disused warehouse which attracted around 2,000 young people. Towards the end of the night, a 19 year-old girl was attacked by a police dog who ripped her leg to shreds; she was in A&E for two days.

Oscar* had been DJing at the same party until the very end, by which time there were only about 15 people resisting police who had batons and riot gear. Days later the police came into his home, arrested him and kept him in the station for seventy two hours until they issued him a £10,000 fine.

He says the police were wearing body cameras, and because he had been recognised from previous parties in the same instance, it meant they had enough evidence to charge him. “People never get it right when they do write ups on us, they always get it wrong. We’re not bad people,” he says. Needless to say he was wary about this publication too.

This bears the question: Why, if free parties are about love and connection, is it all so vilified? Perhaps it’s their refusal to be silenced. Danny Powell is a 32 year-old journalist at The Morning Star which is, in their own words, “a lone socialist voice in a sea of corporate media”. 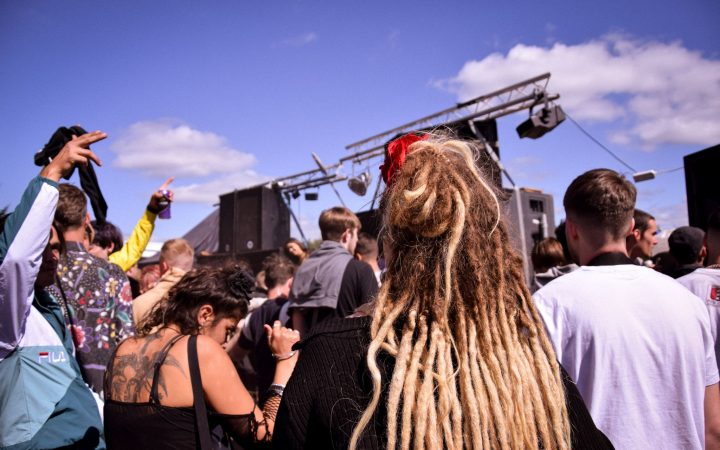 He says that “the Criminal Justice Act (CJA) back in 1994 was supposed to finish off the unlicensed rave scene but it didn’t. Party organisers just changed tactics,”

The CJA was introduced somewhat in reaction to the week-long Castlemorton rave of 1992. It was the largest of its time. The fact that it attracted over 20,000 people meant that the party hit headline news, and after resulting in a whopping £4million court case, it was labelled as “the party that changed the law”.

“One interesting thing is though, some previously restricted cabinet documents were released a while ago. They were from Thatcher’s government of the late 80s/early 90s when the scene was in its heyday, and the advisors were saying that drugs were not the main issue. It was about noise pollution,” Powell told us.

Rural landowners who were influential in the Conservative Party were complaining about noise levels and so the government decided to act accordingly and with force.

“The drugs thing was more of a tabloid hysteria, plus some lobbying from the alcohol industry which was seeing a dip in sales since young people were less inclined to drink booze at such events,”

The Coronavirus Bill was passed at the beginning of the year. It warrants what some would call hostile police powers to shut events down and issue fines that most people can’t afford – of up to £10,000. The bill also contains something called a ‘sunset clause’, meaning that the Coronavirus Bill itself should expire after two years. But national authorities can incite an extra six months if they deem it necessary. Authorities can also rule that it be dropped six months earlier, but this seems unlikely and is probably there to dampen the reasonings of their antagonists.

“If the sunset clause does happen and these authoritarian dynamics are not re-written into some permanent bill, it should become easier for parties to go ahead after the sunset clause expires, by which time the virus should hopefully be way more under control, some people will be vaccinated and so on,” Powell said. 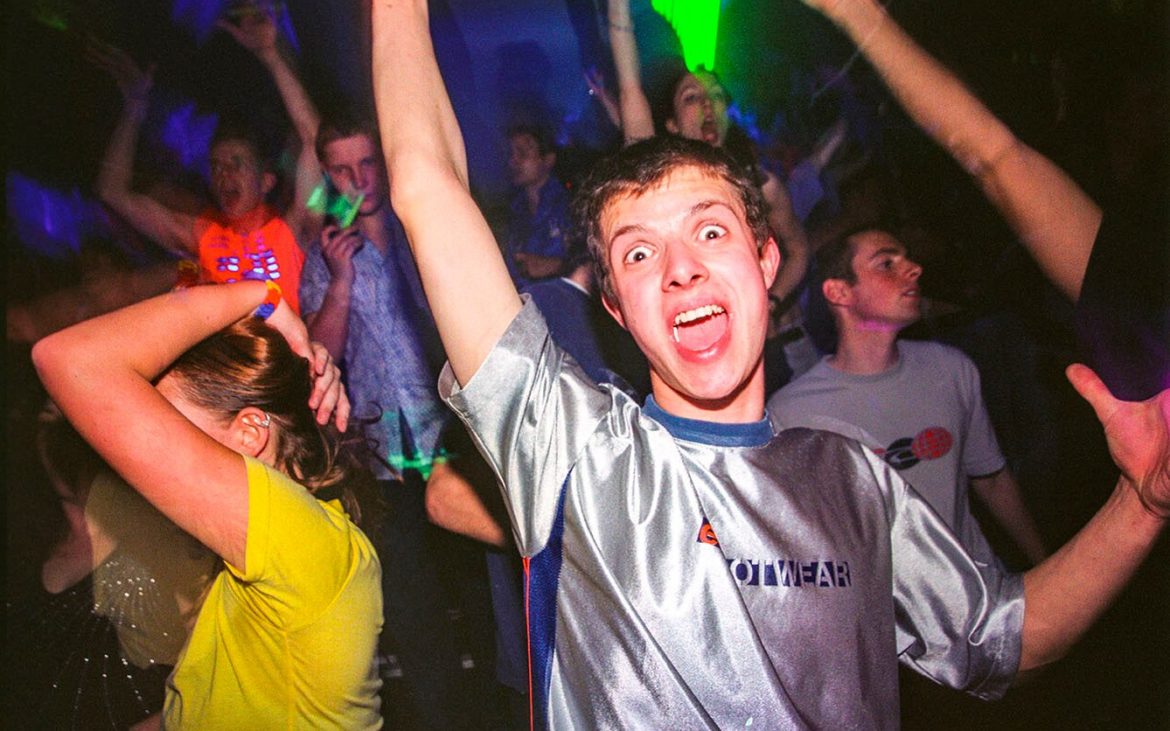 Are we heading for an Anti-Boris free party revolution? The conservative government has rinsed the events industry of its resources. It wouldn’t be ignorant to suspect that there may well be a new culture of resistance after the expiration of a so-called sunset clause. But it’s important to think critically, and what we’ve got to remember is that we are no longer living in the 90s. We are in the middle of a pandemic, two decades later.

We are experiencing a ‘global reset’ and a technological revolution. Are the children of the future going to have such authentic passion for mass gatherings of celebration, will it continue to go hand-in-hand with the expression of the freedom of humanity? Or will they find comfort and protest through social media instead?

“I don’t think that the free party scene will ever die. It’s definitely never going to be the same, but what you’ve got to remember is that the scene in itself is anti-establishment and it’s about being able to love and be free,” says Lily, 27, from Devon.

“Those of us who have been brought up by liberal thinking families (my mum was the stereotype of a free party girl), are more prone to growing up to think in similar ways. If we’re talking about kids being on their phones more, and not wanting to do anything else, then I think that’s true too. But I do just think it depends on who you are.”

Lily is right. We much too often undermine young people. Danny also suspects that things will change, and he’s one of the many who doesn’t believe in the beginning of an end: “Parties will begin again, there will be some form of rave renaissance. Because the impetus is 100% still there, it’s just sheer practical matters preventing that happening, coupled with an actual consciousness amongst (some) party organisers; that it’s just not responsible to do them right now.”

Featured image by an anonymous photographer.
Edited by Natalia Zmarzlik and Susu Hagos.