Russia has a tumultuous history with the suppression of the media and government opposition. Being vocal opponents of the Kremlin, and Vladimir Putin more specifically, connects a number of people who have all been assassinated over the years.

In 2020 alone, one journalist was killed in Russia, and six were imprisoned under selectively applied extreme laws, making Russia one of the most volatile countries in the world to be a journalist.

On the Reporters Without Borders 2020 World Press Freedom Index, Russia ranked 149th out of 179 countries, putting it among some of the worst countries for press freedom. The country is known for its “Stifling atmosphere for independent journalists”, shrouded in “draconian laws, website blocking and Internet cuts”, the organisation says.

Russia has a long history of censorship being strictly enforced. The Soviet government destroyed foreign and pre-revolutionary books, jammed foreign radio stations, edited films in a way that would further images of Soviet strength, squashed the freedom of the press completely and even went as far as to remove so-called ‘repressed persons’ from all texts, photos, films and posters to suggest that they had never even existed.

More recently under Vladimir Putin’s regime, we’ve seen a steady increase in the amount of journalists and opposition figures being attacked and murdered simply for doing their jobs. 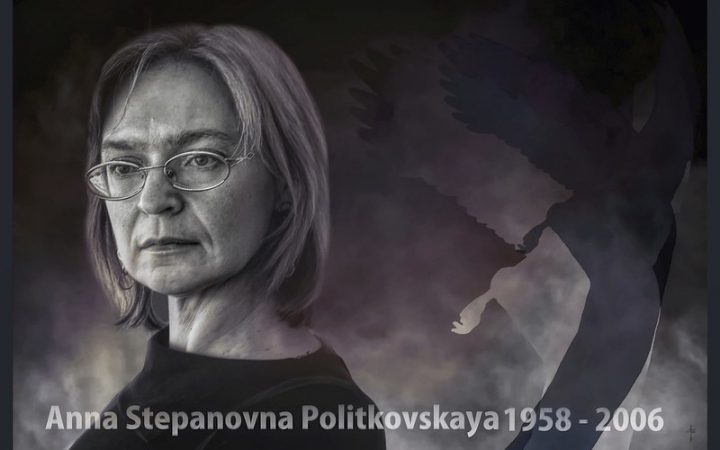 Anna Politkovskaya, most famous for her reporting on the Second Chechen War [Flickr: Daniel Arrhakis]

Anna Politkovskaya made her name in journalism and human rights reporting on the Second Chechen War (1999-2005), where she was continuously subjected to acts of violence and was even arrested by the Russian military who put her through a mock execution. She also endured a poisoning on her way to help resolve the Beslan school crisis and was forced to return to Moscow. Doctors concluded that she was poisoned in order to stop her from reporting on the crisis.

Pen America tells that: “she was working for Novaya Gazeta, a biweekly newspaper with a history of strong investigative reporting critical of the Putin and Kadryov regimes”, and had become a hugely problematic journalistic figure for the government, regularly holding them to account and speaking out against the multiple human rights abuses that she had seen during her time reporting in Chechnya. She has also written multiple books depicting what she had seen during her career, including Putin’s Russia and the widely successful A Dirty War: A Russian Reporter in Chechnya.

On October 7, 2006, she was shot dead in a lift in her apartment block, causing international attention and outrage. The day that she was murdered was also the day of Vladimir Putin’s birthday, and this was a point that did not go unnoticed by her supporters and Putin’s critics.

Six people were convicted of murdering her, and although it is still not completely clear who ordered the contract for her killing, the reason for her murder is obvious. Multiple people wanted Politkovskaya silenced, and it’s only a matter of finding out who silenced her first.

To commemorate Anna’s life and her work, RAW in WAR (Reach All Women in War) presents the Anna Politkovskaya Award ever year to a female journalist or defender of human rights in war zones, “who, like Anna, lived a life of courage and truth-telling in the face of grave danger”. 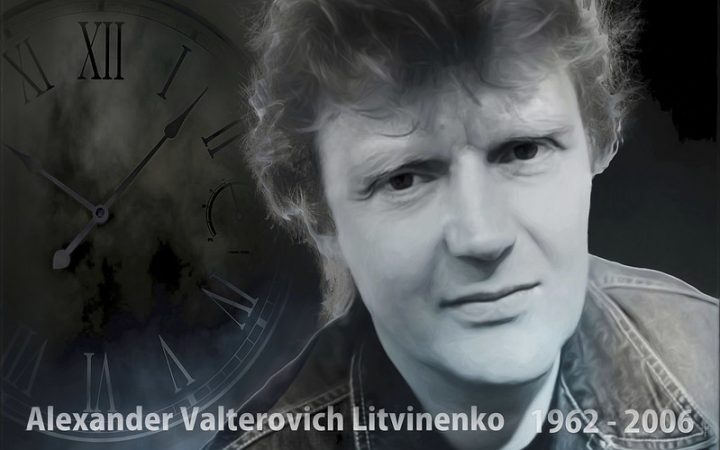 Alexander Litvinenko, who worked as a double agent for MI6. [Flickr: Daniel Arrhakis]

Potentially the most famous case of assassination by poisoning in recent years. Alexander Litvinenko was a former KGB/FSB-turned-MI6 agent who defected from Moscow to London where he worked as a journalist, author and British intelligence consultant.

A well-known critic of Vladimir Putin, Litvinenko had always pushed the idea that Putin would be responsible for murdering him, an idea shared by many. Alongside Yuri Felshtinsky, Litvinenko wrote Blowing Up Russia, detailing “the first-ever fake news campaign that the FSB created to have former FSB head Vladimir Putin elected as President of Russia”. Blowing Up Russia was later dubbed “the book that got Litvinenko assassinated”.

In the days after Politkovskaya’s assassination, Alexander Litvinenko accused Putin of her murder. Two weeks later, on November 1, 2006, he suddenly felt ill and was hospitalised, and then died on November 23. It was found that he had been poisoned by the radioactive substance polonium-210. Litvinenko became the first known victim of ‘lethal polonium 210-induced acute radiation syndrome’.

A talented and passionate investigator with decades of experience, Litvinenko became known as “the man who solved his own murder”, after he was able to recall the moments leading up to his poisoning in addition to the men who he was with, one of them being former KGB bodyguard Andrey Lugovoy.

The official Litvinenko Enquiry was chaired Sir Robert Owen, and in its report he concluded: “I am sure that Mr Lugovoy and Mr Kovtun [Lugovoy’s associate] placed the polonium 210 in the teapot at the Pine Bar on 1 November 2006. I am also sure that they did this with the intention of poisoning Mr Litvinenko”.

Later in the same report, Owen confirms that Litvinenko’s assassination was “probably approved by Mr Patrushev [the then director of the FSB] and also by President Putin”.

Litvinenko remained clear on his stance regarding President Putin up until his death. In a statement before he passed away, he explained: “You may succeed in silencing one man but the howl of protest from around the world will reverberate, Mr Putin, in your ears for the rest of your life”. 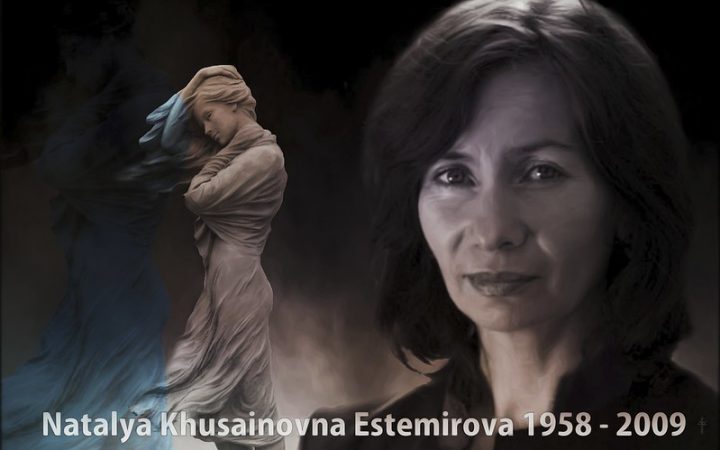 A frequent contributor for Novaya Gazeta and Kavkazsky Uzel, and a member of Memorial, an international historical, educational, human rights and charitable society, Natalya Estemirova often found herself in extremely unsafe situations when it came to her job, and this made her a target of repeated death threats and harassment. Estemirova regularly worked with Anna Politkovskaya to expose kidnappings, torture and extra-judicial killings carried out by the Russian military and other security forces in Chechnya from 2001 until 2006 when Politkovskaya was murdered.

A close friend and the first recipient of the Anna Politkovskaya Award, Natalya Estemirova was abducted from her home in Grozny, Chechnya on July 15 2009, while she was working on sensitive human rights abuse cases from the Soviet Union and post-Soviet states. Her remains were found on the same day in a neighbouring town with several bullet wounds to the head and chest.

According to Front Line Defenders: “Previous threats made against both Natalia and the organisation she worked for, Memorial, combined with the circumstances of her murder, point to possible government or official involvement in her killing”, although this is still disputed as, 11 years on, no one has been charged with her murder.

For the Guardian, Lana, Natalya’s daughter, explained that her “mother is gone and her murderers are walking free”, an issue that doesn’t sit right with her, since it is as if her mother died in vain.

It was clear that Estemirova’s work had posed an issue for the Government, as in the years after her murder, the crusade for Chechen human rights has had to go underground through fear of people being beaten and killed.

Nine days after her death, around 150 people attended a vigil to celebrate Estemirova’s life and work in Moscow’s Pushkin Square. According to The Washington Post, her Memorial co-worker Viktor Sotirko was arrested and charged with disturbing the peace, perhaps as another display of the authorities trying to silence Natalya Estemirova and her impact.

Vedomosti, one of Russia’s last remaining independent newspapers, which recently had all five of its deputy editors leave after the paper was taken over by a new pro-censorship boss, stated in The Week that: “We don’t give out Pulitzer prizes here. Instead, assassination is the top honour, proof that a journalist has uncovered an important story that implicated the powerful in evil deeds”. Politkovskaya, Livinenko and Estemirova then, have all been given the highest honour that any journalist could receive in their career: martyrdom.

All three have left behind important legacies for the future of journalism and truth-telling, and raised an increasingly important question for advocates of freedom of speech today: is Russia a dangerous place to tell the truth?