As far back as I remember, I didn’t grow up in a household where we would hug each other. I only give kisses to say hi or goodbye because it’s basic politeness where I come from in France.

And still, I’d rather avoid giving kisses. The pandemic erased these basic greeting behaviours and forced us to take some physical distance.

I won’t complain about this point, but at the same time, I need to admit I lack physical contact and affection, and I realise how important it is.

It made me feel uncomfortable and question how I survive without my minimum of four hugs a day? It was time for me to look into the benefit of hugging and understand there is nothing wrong with physical affection.

My first approach was really Cartesian: Yes, a hug feels good, but is there any scientific reasons?

An investigation at the University of North Carolina in 2004 looked into hugging and the effect on blood pressure and oxytocin levels.

Oxytocin is also known as the ‘love hormone’ or ‘cuddle chemical’. It is a hormone produced in our brain and acts in organs such as the uterus and breast and is key when giving birth, breastfeeding or production of testosterone.

[pullquote align=”right”]“People communicate so much through touch. You can get a lot from the sense of a person.”
Keeley Shoup, cuddle therapist[/pullquote]

Oxytocin has also been proven to be important in daily human behaviours such as recognition, trust, anxiety, sexual arousal, orgasm and maternal-bonding.

Kathleen Light, Karen Grewen and Janet Amico sampled 59 premenopausal women aged between 20 and 49. Cohabitating with their heterosexual monogamous partner, female participants were divided into groups depending on their oxytocin levels at baseline: high, moderate and low.

For this experiment in three steps, they were first conducted through a warm contact period in private with their partner. It included sitting closely together, holding hands if they wanted to, talking about a time that made them feel closer and watching a romantic video.

They would stand up for a 20-second hug before being separated and isolated for the third step. It was purposely a stressful step, which consisted of giving a tape-recorded speech about a recent event that made the woman feel angry or stressed and eventually, listen to that same tape. 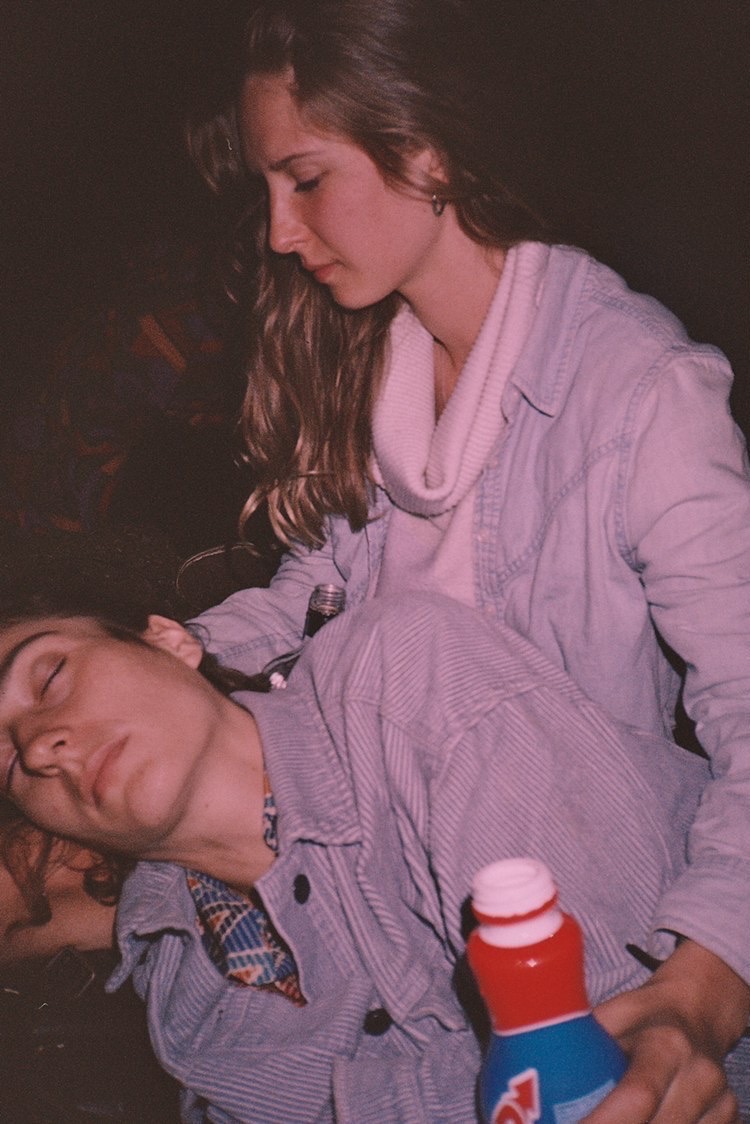 Touching and hugging is both human and healthy [Instagram: Tom Leroux]

It suggests that affectionate relationships may lower reactivity to stressful life events and partially benefit better cardiovascular health. In other words, maintaining and giving hugs consistently is not only mentally beneficial but also has a physical impact.

Keeley Shoup, based in Chicago and Kristiina Link based in London, are certified cuddle therapists, both of them were able to explain to us what touching and stroking culturally mean for humans.

It is a profession that surely attracts many curious people, but both Keeley and Kristiina still have a stable clientele. A cuddle therapist helps in the long run to many people: from suffering from chronic pain, anxiety, or having high-demand jobs to people on the autism spectrum, the advantages of this unique job are numerous.

We asked about the session and how it unrolls, and Kristiina explained she sends pre-session a copy of the Code of Conduct and the Client Service Agreement.

Similarly, Keeley exchange with the client and eventually develops a care plan to integrate touch in accessible ways slowly and create it in their daily life.

During the session, positions will vary depending on the client’s interest and what they aim at, for example, if they are looking to be nurtured and soothed.

Boundaries seem to be the start of these intimate and love-oriented sessions, which is also one aspect that directed Keeley to become a cuddle therapist. Keeley started her career five years ago after going to a cuddle party, an event that teaches about boundaries and consent communication. She comments on her experience: “I learned how to access platonic touch, which is something I was lacking and needed very much.”

Boundaries can also be outrun positively during the therapy, especially for people who are not used to touch or on the autism spectrum. Does our preference for touch depend on our level of oxytocin? 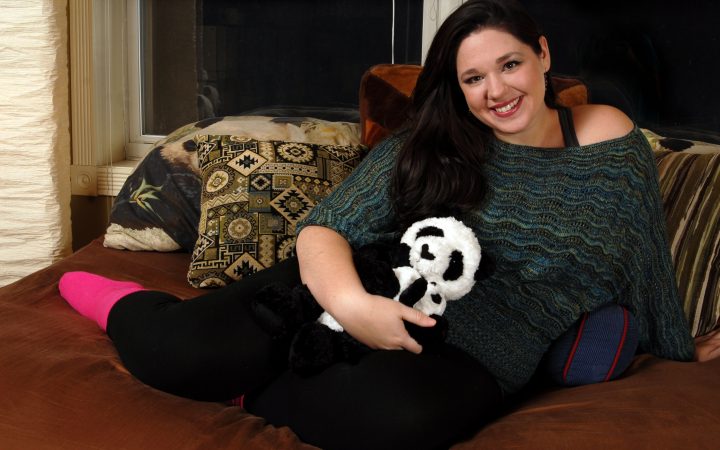 “Touch is a powerful and essential need for all humans to live healthy, fulfilled lives,” states Keeley on her website [Keeley Shoup]

Like any other hormones, everybody produces their own levels in their brain. People who are considered neurotypical have a certain standard set of hormones. These levels are associated with our regulation and affect a different part of the human body, the nervous and immune system but also our behaviour.

“When someone has autism, their brain chemicals do different things, and they have different hormone levels. What can prevent people who have autism to get access to oxytocin is that they find interacting with another human uncomfortable, awkward and difficult,” Keeley explains.

As a cuddle therapist, she tries to validate that they are not weird. She doesn’t judge them for acting differently than her.

During a session, Keeley works on limiting the other sensory inputs such as smell, sound and vision so that touch is the most important but also doesn’t feel overwhelming.

This control over the environment permits access to oxytocin, impacting her client’s body and physical space in a less challenging manner.

“Normally, most people, even the ones considered neuro-atypical, can produce oxytocin in their brain by touch. We just have to focus and limit or adjust everything else around us so we can access oxytocin,” Keeley added.

Kristiina has the same desire to share and create a safe atmosphere after diving into the world of cuddle therapy and defining this experience as life-changing. One of the reasons that led Kriistina to this holistic profession two years ago was her home country, Estonia. She describes it as “a country of introverts who have mastered their poker faces, but not so much the open expression of their emotions and body language.”

In countries where people grow more tech-oriented than tactile beings, it can look like restricting and suppressing this part of ourselves is the way one’s have to behave. Therefore, one’s country or nationality can definitely define the way we physically interact with others. 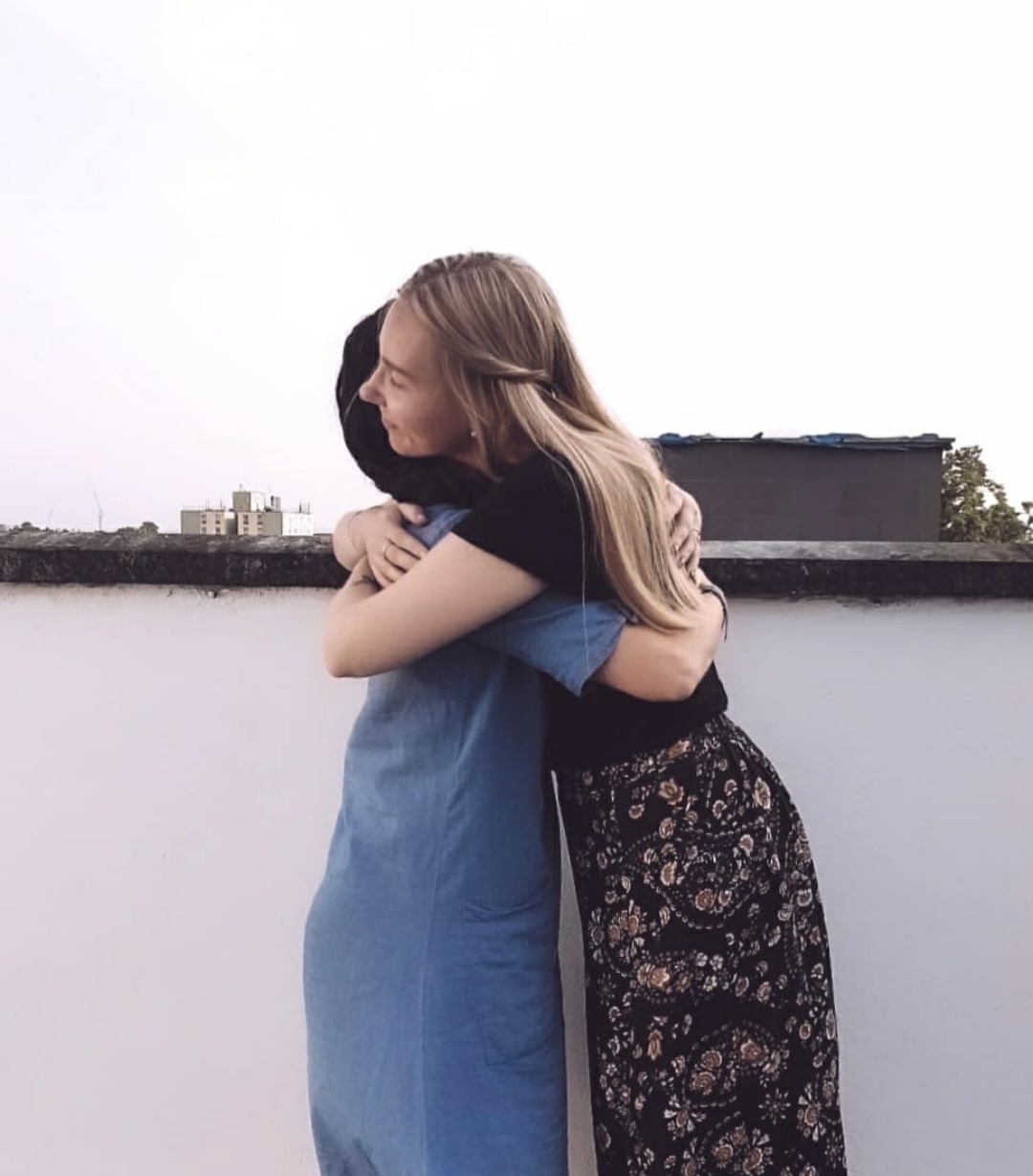 Kristiina, who is conducting her sessions in London, a cosmopolitan capital city, noticed all along with her experience how a nationality show through in the way people hug and cuddle.

For example, she noticed Europeans tend to have more reserved personalities. They need a gentler and slower approach to cuddles.

Initially, their body might be taut even while holding hands or a simple hug whether she finds her South Asian clients warmly interactive, relaxed cuddlers and more comfortable.

Kristiina also pointed out that the chances are good that her North American clients approach her with a warm and enthusiastic hug, already comfortable with lots of eye contact and different cuddle positions.

Keeley also commented that there are different traditions and customs around touch, depending on someone’s culture or demographic location.

Touch has a semantic value, Keeley explains: “I have family in Kenya, and one of the things that are quite different in term of average custom is people would hold hands without being romantic.” Whereas in the United States, commonly holding hands is reserved for people in a romantic relationship or younger children.

Culturally, some things influence people’s access to touch and how they can communicate through touch. “In the United States, I can say that socially we repress cisgender men from receiving and communicating through touch in a lot of circumstances because they are often shamed,” says Keeley.

It causes them a disservice as it limits their interactions, and it’s also due to the way masculinity is presented. It’s something she sees a lot in her clients.

They don’t have access to platonic touch because it is inherently sexualised. The lack of platonic touch in manhood could explain the fact her clientele is male-dominated.

Cisgender males could also be looking for a cuddle therapist that is a woman, because they feel more comfortable having physical contact with the opposite sex. Women are portrayed to be more caregivers than men.

“If you are touching someone, the assumption is that it has something to do with sexual desire when it’s not necessarily the case. It’s just the cultural assumption,” Keeley explains. 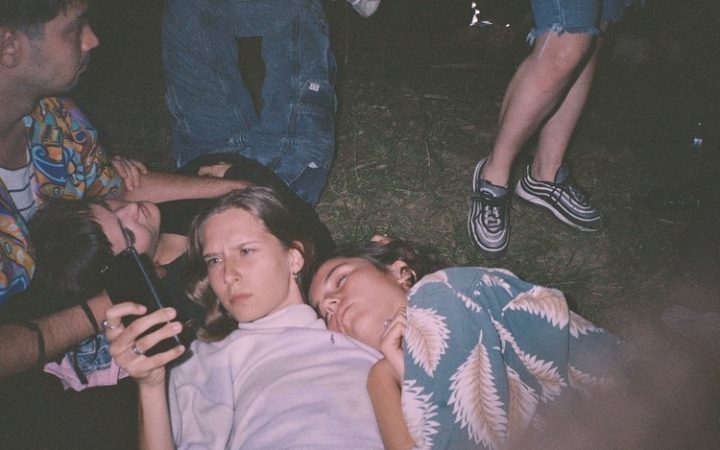 In the session, Keeley chooses to take sexual contact away with the client to stay in platonic touch. It’s a whole different world accessible and available to people to access touch in lovely but different ways, just as beings.

My simple way to explain why one person is more comfortable than others about touch because of nationality isn’t enough.

Socially, nationality isn’t only a location. It’s the customs and cultural values that a country holds and share through generations, sometimes before there were any borders. Keeley and Kriistina both insisted that nationality doesn’t explain it all.

Our culture and upbringing act like a large filter through which we have learned to express our tactile nature. Kristiina adds that “it’s not set in stone”. Our personality, for example, can simultaneously after our need and expressions around touch.

Kristiina takes the example of introverts in an extroverted country such as Brazil or Spain: “Their love language is touch so that means you would probably be pretty good at, and open to, cuddle and hugs while socialising, yet needing a lot of alone time too with no human contact and touch involved in it.”

She describes many of her customers as this kind of mix, and it’s never ruled out that people from the same countries and cultures may have very different ways of cuddling.

Kriistina also added as a third key factor that often affects a person is child developmental trauma and the amount of touch and affection they have received from their parents in childhood. There’s a lot of factors, and both family and culture can impact peoples’ experiences.

“Leaving aside all of the labels, I would agree that touch is an international body language indeed one that we all share as human beings. In many ways, touch is our first language and sense to develop as babies, and it can be explored and developed further along throughout our lives,” Kristiina said. It is a way to communicate that is inherently human or, more accurately, natural.

We communicate and show love in different ways, and it’s just a matter of taste. As Keeley tells us: “People ask me sometimes if it is normal they don’t like touch. Yes, it’s just as normal as liking a lot of touches. Everyone has their own personal preferences.”

By Taysan Ali-Osman
5 Mins read
Child surgery is difficult for everybody involved, however there is a drastic delay in the wait time for children at this current time. This article Hearst from those waiting and those operating.
EntertainmentVideo

By Yanchao Gao
1 Mins read
We meet the faces behind the bar as they share their views and experiences on bartending and cocktail culture from the experts.
CultureVideo